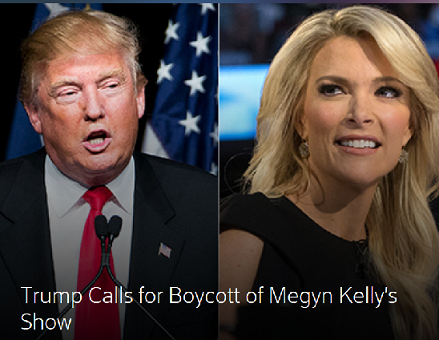 Why Trump is Afraid of 'Crazy' Megyn Kelly

It would appear the Gov. Chris Christie was right the first time, before he joined Donald Trump’s posse, when he told Fox News host Greta van Susteren that the Donald’s temperament was unsuitable for a man who wanted to be our next President of the United States.

The latest example of that temperament was Trump’s call for a boycott of Fox News’ Megyn Kelly, whose first offense against the Trump ego was to question him vigorously on his attitude and remarks toward women in the first Fox News-hosted debate.