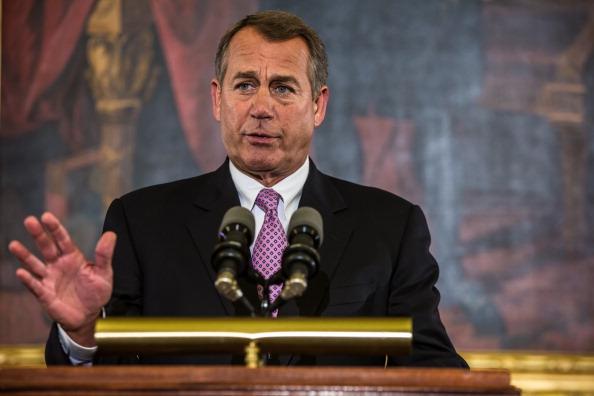 What happened? What happened in America on November 6th in reelecting Barack Obama to a second term was indicative of how wrong conservative America is in standing up for principles. Instead, the result displayed how far left the mainstream media and the nation’s achievement challenged liberal president has performed.

Obama convinced the country to accept the notion that the America values was based on how much it could give away to targeted groups with welfare checks without work requirements. He increased food stamps to 47 million Americans and handed out education and housing vouchers to illegal immigrants, as well as gay marriage protection against federal laws that prohibit it.

The liberal pundits and mainstream media gotcha specialists have been pontificating about the Romney loss to the hate and revenge president. There are plenty of liberals and even some republican moderates in the media who have been wagging their fingers at conservatives and the Tea Party for not being more moderate in their views about abortion, illegal immigration and adding more crushing debt to the nation’s families.

In fact, conservatives did not lose this election, because in the end, they demonstrated to the nation that America does have a truly bona fide conservative movement in this country. This conservative movement is made up of the 57,588,360 plus voters who on November 6th did not compromise its values to meet the president’s liberal agenda. It will not support a president who engages in solutions which strip the nation of its sovereignty and diminish the founding conservative values and biblical principles.

What occurred in America on November 6th was the drawing of a true line in the sand. This line’s firmness is based upon conservatives and Tea Party supporters who categorically refuse to let themselves be swept away in a tidal wave of false security. These are patriots who will not accept deception from a president who believes that it is better to place a lie before the truth, and embrace character assassination instead of displaying presidential integrity.

What the nation and the world witnessed is quite clear. A community organizer from Chicago armed with the street tools he perfected from socialist Saul Alinsky’s teachings could manipulate the media and obscure the truth. This same president could even cover up the deaths of four Americans in Benghazi, Libya and lie with the full cooperation of CBS’s 60 Minutes. Worse yet, the media let him get away with it until Election Day.

So did Obama and the millions of Americans who believe that fictional accomplishments will somehow magically prevent the crushing debt from destroying their lives and their children’s future really not happen? Will the soul wrenching unemployment rate of 15 percent and more for black Americans and close to 50 percent among black teens suddenly disappear?

What about the Hispanic voters, who decided that a supporting more jobs and legal immigration was less important than supporting illegal aliens who are breaking the immigration laws of this nation. Did they embrace sticking their hands out for government handouts is an acceptable path to becoming an American?

The truth is simple. Liberals Americans believe that hope and change means that they hope that conservatives will change to adopt and embrace their failed presidential candidate’s principles. Liberal media pundits and reporters believe that conservatives should just morph into valueless citizens who are willing to embrace incompetence in Obama’s governance as the best Americans should expect. ( read more )