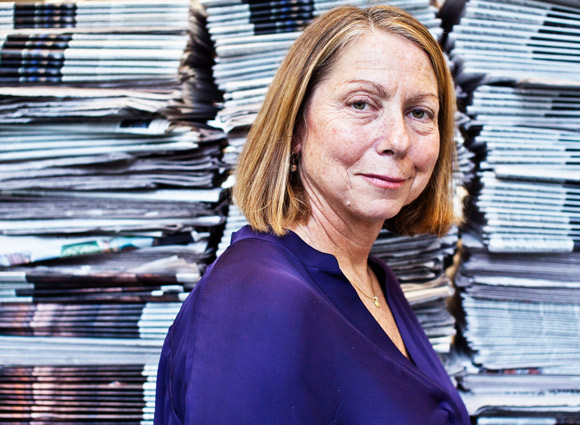 At the annual City University Journalism School dinner, on Monday, Dean Baquet, the managing editor of the New York Times, was seated with Arthur Sulzberger, Jr., the paper’s publisher. At the time, I did not give a moment’s thought to why Jill Abramson, the paper’s executive editor, was not at their table. Then, at 2:36 P.M. on Wednesday, an announcement from the Times hit my e-mail, saying that Baquet would replace Abramson, less than three years after she was appointed the first woman in the top job. Baquet will be the first African-American to lead the Times.

Fellow-journalists and others scrambled to find out what had happened. Sulzberger had fired Abramson, and he did not try to hide that. In a speech to the newsroom on Wednesday afternoon, he said, “I chose to appoint a new leader of our newsroom because I believe that new leadership will improve some aspects …” Abramson chose not to attend the announcement, and not to pretend that she had volunteered to step down.

As with any such upheaval, there’s a history behind it. Several weeks ago, I’m told, Abramson discovered that her pay and her pension benefits as both executive editor and, before that, as managing editor were considerably less than the pay and pension benefits of Bill Keller, the male editor whom she replaced in both jobs. “She confronted the top brass,” one close associate said, and this may have fed into the management’s narrative that she was “pushy,” a characterization that, for many, has an inescapably gendered aspect. Sulzberger is known to believe that the Times, as a financially beleaguered newspaper, needed to retreat on some of its generous pay and pension benefits; Abramson, who spent much of her career at the Wall Street Journal, had been at the Times for far fewer years than Keller, which accounted for some of the pension disparity. Eileen Murphy, a spokeswoman for the Times, said that Jill Abramson’s total compensation as executive editor “was directly comparable to Bill Keller’s”—though it was not actually the same. I was also told by another friend of Abramson’s that the pay gap with Keller was only closed after she complained. But, to women at an institution that was once sued by its female employees for discriminatory practices, the question brings up ugly memories. Whether Abramson was right or wrong, both sides were left unhappy. A third associate told me, “She found out that a former deputy managing editor”—a man—“made more money than she did” while she was managing editor. “She had a lawyer make polite inquiries about the pay and pension disparities, which set them off.”

Sulzberger’s frustration with Abramson was growing. She had already clashed with the company’s C.E.O., Mark Thompson, over native advertising and the perceived intrusion of the business side into the newsroom. Publicly, Thompson and Abramson denied that there was any tension between them, as Sulzberger today declared that there was no church-state—that is, business-editorial—conflict at the Times. A politician who made such implausible claims might merit a front-page story in the Times. The two men and Abramson clearly did not get along.

A third issue surfaced, too: Abramson was pushing to hire a deputy managing editor to oversee the digital side of the Times. She believed that she had the support of Sulzberger and Thompson to recruit this deputy, and her supporters say that the plan was for the person in this position to report to Baquet. Baquet is a popular and respected figure in the newsroom, and he had appeared, for the most part, to get along with Abramson. (I was told, however, that, at a recent dinner with Sulzberger, Baquet said he found her hard to work with.) He is also someone whom Sulzberger passed over when he chose Abramson. But Baquet apparently felt that he hadn’t been consulted, and, according to two sources, expressed his concerns to Sulzberger. He had also reportedly been approached by Bloomberg about a job there. (Baquet has not yet responded to a request for comment; neither has Abramson.)

In a reflection of the fractious relationship that Baquet and others had with Abramson, the Times reported that Baquet, speaking to the newsroom after his appointment, “praised Ms. Abramson for teaching him ‘the value of great ambition’ and then added that John Carroll, whom he worked for at The Los Angeles Times, ‘told me that great editors can also be humane editors.’”

These issues seemed to congeal for Sulzberger and Thompson. The reason Sulzberger originally hesitated to appoint Abramson as executive editor was a worry about her sometimes brusque manner. As I wrote in my Profile of Abramson, others in the newsroom, including some women, had the same concern. But, although there are always complaints about the Times’ supposed “liberal” bias, or its preoccupation with certain stories, Abramson got high marks for the investigative stories that she championed. At a time when Bloomberg News pulled the plug on an investigation of corruption and the princelings in China, Abramson pushed the Times to do more, even after her reporters came under pressure in China. Even though she thought she was politely asking about the pay discrepancy and about the role of the business side, and that she had a green light from management to hire a deputy to Baquet, the decision to terminate her was made. Sulzberger met with her last Friday, and reportedly told her that it was time to make “a change.”