This really isn't new news, but if you missed it, here it is:

Back in 2008 before the election, Colin Powell, a Republican, 4 Star General, and former member of the Bush Cabinet, made some comments on the left-wing Chris Matthew's show on MSNBC. Matthews has conservatives on his show frequently (the clip refers to Michelle Bachman being on the show) so it is not surprising that Powell would be there. What is surprising is Powell's comments about Bachman and his later endorsement of Obama.

What's up with Powell? Is there any explanation as to  why he would say things like this? Here's the video: 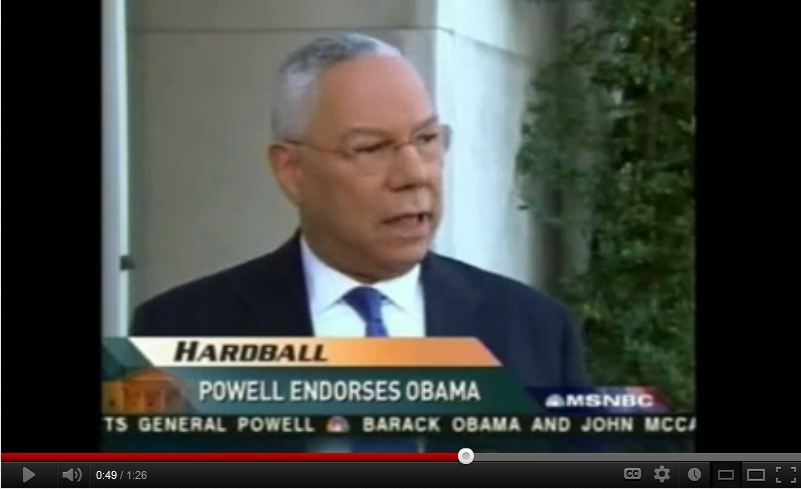 I wonder where the country is going on a very basal level.