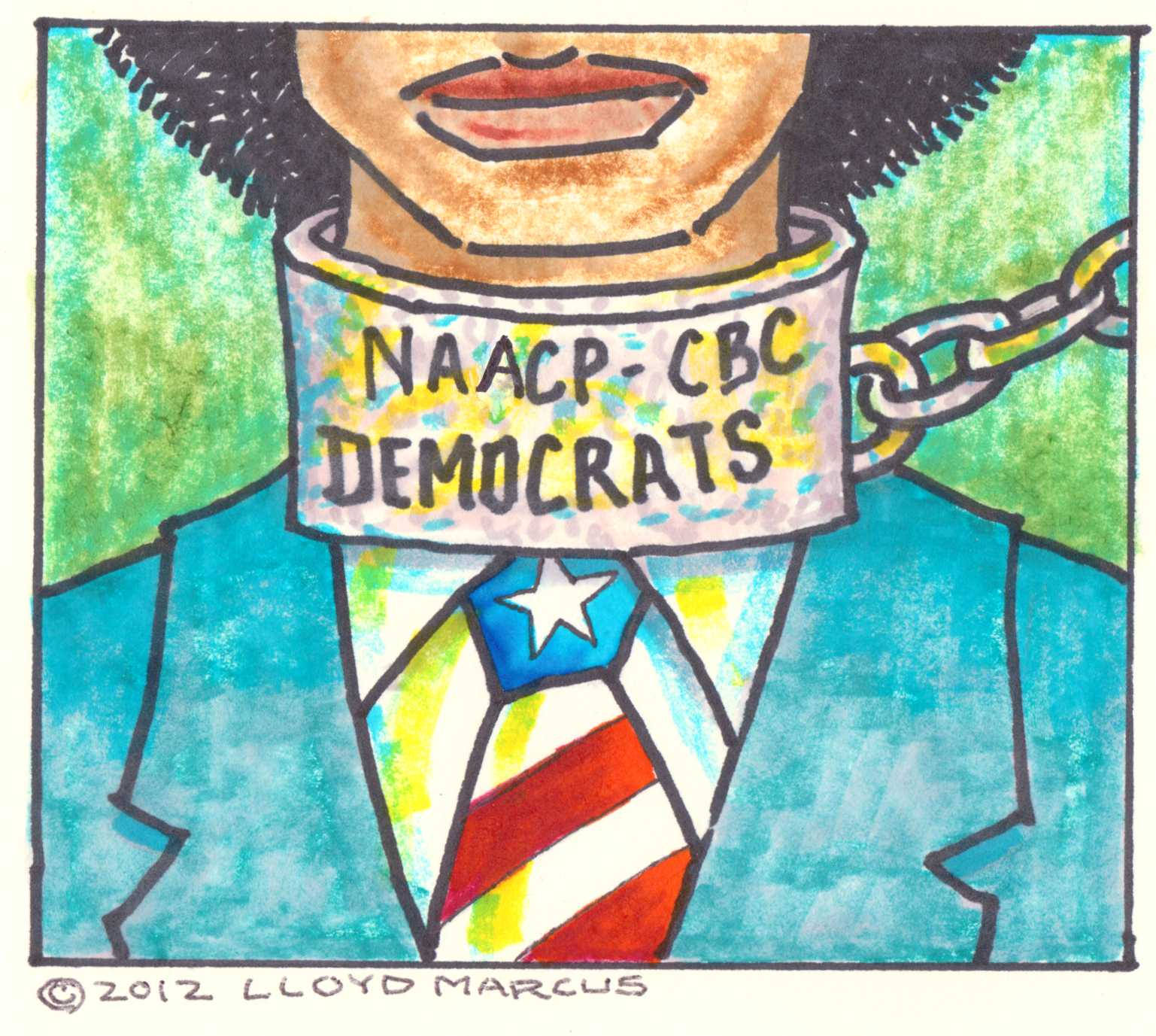 Upon reading a post election article in which the NAACP is all fired up about supposed black voter suppression, my response was when will these people ever seriously do something to help black people?  Folks, I am sorry, but the NAACP and others in their civil rights syndicate are a despicable bunch. All they really care about is furthering Liberalism and increasing their political power. They are disgusting.

In their typical we know we can count on the MSM to help us “play” black voters and portray Republicans as the modern KKK, the NAACP and their race-baiting posse are insisting that the newly elected congress pass a robust Voting Rights Act Amendment.

Yes, heaven knows we black folks desperately need that. Why waste time and resources on fixing trivial things like black on black crime, blacks aborting themselves into extinction, epidemic high school dropouts, black baby daddies outnumbering fathers and record high black unemployment under Obama? Let's triple down on our efforts to create victim mindsets in blacks and racial hate. That will surely empower and enhance the lives of blacks.

Every time the NAACP and their MSM suck-ups launch another of their deplorable whitey-is-out-to-get-cha narratives such as black voters were disenfranchised during this election, it is shrouded in an we're-smarter-than-you arrogance. Not only are these vile people feeding us a load of crap, they are superior about it.

Charlie Rangel tried to scare blacks to the polls by saying that the GOP wants to return blacks to slavery in America.  This is trash folks. This evil little man is a disgrace.

First lady Michelle Obama tried to bribe blacks with a reward of fried chicken for their vote. Heck, why didn't Michelle throw in permission for blacks to indulge in an extra large slice of watermelon for dessert? A white politician making the same offer to blacks as Michelle would be tarred, feathered and run out of DC on a rail. When will black Americans wake up and smell the condescension, manipulation and exploitation coming from the Democrats; fronted by black traitorous operatives.

I could go on and on about black traitors in the Democratic Party screwing their own to please their socialist/progressive liberal massas. But why keep repeating what I have written in countless articles?

Let's talk about the broken promises, unfulfilled and wasted lives resulting from black leaders selling out their own to the Democrats' enslaving big government programs for 30 pieces of political silver. Real people. Real lives.

My late cousin Poochie (Lawrence) comes to mind. He was the eldest in my Aunt Bummie's cradle-to-grave welfare household; five fatherless sons. Poochie was the lone survivor who broke free from the government welfare system. Miraculously, Poochie worked his way through college and achieved great success. His four siblings all died young on welfare; drugs, AIDS, serial out of wedlock impregnating and crime. An idol mind truly is the Devil's workshop.

Urban blacks are finally beginning to smell the betrayal of so-called black advocates, white liberal socialist/progressives, the Democrats and Obama.

A talent agent once told me that he had seen numerous black kids with Michael Jackson talent living in the projects. According to this agent, kids in the projects were doing the moon walk before Michael brought it to the national stage. Fatherless households, drugs, teen pregnancies, quitting school and crime prevents many black youths from fulfilling their God given talents, gifts, potential and dreams.

Meanwhile, black Democrat operatives are running around trying to destroy and silence non-whiny successful blacks; laser focused on delivering blacks to the polls every election cycle scared and angry at whites.

Presuming that blacks are clueless idiotic sheep, the best the Democrats are offering blacks is a promise to stop white cops from shooting them at will, preventing the GOP from reinstating black slavery, lighter sentences when they are caught dealing drugs, free Obama phones, food stamps and more crumbs. Oh, and permission to eat fried chicken, if they are really good.

Black retired gifted neurosurgeon Dr Ben Carson gained international fame for his groundbreaking work separating conjoined twins. Carson came from humble beginnings raised by a single mom. What if Carson was among the extremely high number of black abortions? Could a brilliant black baby destined to cure Cancer have already been aborted?

Why on earth do blacks in the Democratic Party and Obama celebrate, protect, fund and vehemently defend Planned Parenthood who have a disproportionate high number of offices in black communities?

Blacks kill their babies in higher numbers than other races. Why are so-called black leaders so high on abortion? The answer is socialist/progressives intrenched in the Democratic Party believe babies contribute to destroying the planet. Blacks who supp at the socialist/progressive's table sacrifice black babies for their seats, keeping massa happy.

So, right on NAACP, push forward with you scheme to shame congress into passing your absurd unnecessary politically calculated Voting Rights Act Amendment.

Meanwhile, black lives are going down the toilet thanks to your failed government programs and refusal to seriously deal with real issues. And may God have mercy on your wretched souls.