WHEN THE REVOLUTION COMES??
WHAT WILL YOU GET? CHANGE? 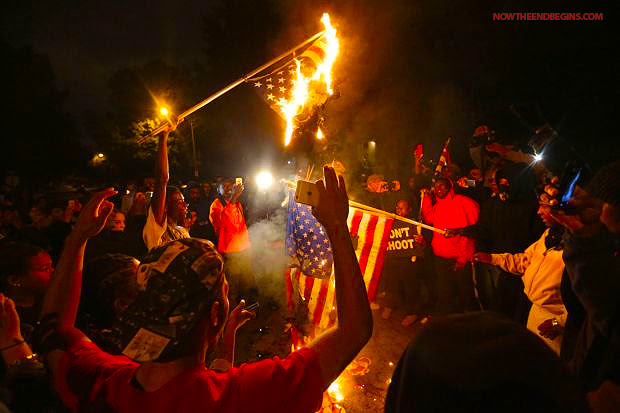 You know as I look and listen to these "so called BLACK revolutionaries"...it hurts me to know that there is not one recorded SUCCESSFUL BLACK REVOLUTION anywhere!! When speaking of the continent of AFRICA, when the colonial powers were kicked out what followed?? You see the so called LEADERS OF THE MOVEMENT endeared themselves to the OPPRESSED MASSES...but didn’t have a clue how to rule!! Though they didn’t have a CLUE they did have a PLAN it did not include the "USEFUL IDIOTS" that shed their blood. From the MAU-MAU uprising in the 1950's, to the overthrow of Northern Rhodesia (Kenneth Kaunda/Zambia), Uganda (Idi Amin), Liberia (Sgt. John Doe). I could go on with the list, but the point being made is, all that was left after VICTORY were BURNT OUT CITIES, AND FARMS, AND THE DESTRUCTION OF NECESSARY INFRASTRUCTURE. The Oppression took a new form no longer the “WHITE MAN” but rather “BLACK ON BLACK” atrocities went off the charts. The leadership of all these newly LIBERATED COLONIES WERE TRAINED in MARXIST, LENINIST, SOCIALIST DOCTRINE....Every one of the leaders had outrageous SWISS BANK ACCOUNTS and lavish homes on several continents. The so called presidential palaces were and still are opulent while the people suffer under horrendous conditions, disease, and food shortages, the government owns everything so you know jobs were few. You have to watch what you say because FREE SPEECH is not allowed not even in your own home....all these dictators have one thing in common they have HUGE PICTURES OF THEMSELVES ON THE SIDE OF EVERY BUILDING, POSTERS ON EVERY STREET CORNER AND IN STORE WINDOWS. They never want the people to forget WHO THEY ARE...and if they do?? The secret police is modeled after the Soviet Union's GRU/KGB. You know people just come up missing. Forget about elections that's the AMERICAN MODEL...we can't FORCE OUR WAY OF LIFE ON THEM so they became permanent FOREIGN AIDE RECIPIENTS, FROM THE U.N AND THE USA (even though they resented our prosperity)...I want you to put your thinking caps on a let’s take a look at all the other former "COLONIAL COUNTRIES" every one of them has developed and moved in to the MODERN COMMUNITY OF NATIONS!! INDIA, INDONESIA, KOREA, SINGAPORE, EGYPT, VIETNAM, BAHAMAS, GUIANA...what is wrong??? Not one African revolution has produced a prosperous culture. The one star on the Continent of Africa was the nation of Liberia founded by the United States with repatriated slaves that wanted to return to Africa...they returned with "unheard of skills" in agriculture, manufacturing, education, trade negotiations etc. Monrovia was the "PARIS" of West Africa....until just like what you are seeing unfold in FERGUSON MISSOURI....you see Liberia was not a traditional product of HISTORICAL AFRICA but rather American surveyors Marked IT OUT...the government help give it a jump start and it took off. The problem the NATIVE POPULATION for whatever reason never "BROUGHT INTO “this TRANSPLANTED CULTURE...and revolted under a Liberian soldier named Sgt John Doe...they slaughtered President Tolbert and his family and this "REVOLUTION" and it's bloody aftermath continues unto this day...the capital city of MONROVIA? A burnt out shadow of what it had been....poverty, super inflation, continuous guerrilla uprisings...Why? Because after they got rid of the STABLE GOVERNMENT they were left with regional historic TRIBAL conflicts......We have the greatest example and most open society that ever sprang from a REVOLUTION. There has never been anything like what we have here...but unlike the BLOODY FRENCH REVOLUTION founded upon humanism...we were founded ONE NATION UNDER GOD...AND HAVE SUCCEEDED BEYOND ANY OTHER COUNTRY BORN OF REVOLUTION IN HISTORY. Hatred, resentment, jealousy, lawlessness is all that fuels this so called season of outrage....The "Black Panthers, Chicago Teacher's union, Nation of Islam, Al Sharpton, Jesse Jackson, Eric Holder, Obama...have done nothing positive for the Black American people and because of the insane cultural, educational ,economic policies! Even the BLACK COMMUNITY IN CHICAGO ARE FED UP!! So why are they coming down to FERGUSON MISSOURI??? When their home base is a basket case and murder capital of the Nation!! Wake up my people open your eyes!!! Seek the LORD'S FACE AND HIS WISDOM....THESE DEMONIC, MANIPULATIVE INSTIGATORS ARE ALL ABOUT THEMSELVES!!! THIS IS BOTH AND APPEAL AND A WARNING...BECAUSE IF YOU IGNITE WHAT THEY ARE ATTEMPTING TO DO....THEN WHAT??? YOU ARE LOOKING FOR SOME "CHANGE"? FOLLOW THEM AND ALL YOU WILL GET IS "CHUMP CHANGE” SELAH