Note: Please read Part 1 regarding this disturbing and gut-wrenching issue:

Note:  The following articles and/or blogs and videos relate to and/or further support Part 1 regarding this extremely disturbing and gut-wrenching issue-You Decide:

Since 2008, we have been told that President Obama is Christian. However, are these assertions true? Gallup polls since 2008 have shown that fewer and fewer Americans believe he is actually Christian.  As a matter of fact, President Obama’s approval ratings are and have remained the highest among Muslims than any other group in the United States.

The United States remains a predominantly Christian nation, with over half of our population identifying with a Protestant religion and a quarter with Catholicism. Yet in several speeches, President Obama has maintained that,

“Whatever we once were, we are no longer a Christian nation;  we are now also a Jewish nation, a Muslim nation, a Hindu nation and a nation of non believers.”

Obama has made several references to his diversified religious upbringing. He said in his book, “Audacity of Hope,” that his father, stepfather and grandfather were Muslims. He attended a Catholic school and then a Muslim school.  As an adult he claims he was finally baptized at Chicago’s Trinity United Church of Christ, by Jeremiah A. Wright in his 20’s.  After his baptism, he said,

Yet, when he was a senator, he made the following statements mocking Christianity and the Bible,

“Which passages of scripture should guide our public policy?, Leviticus which suggests slavery is ok or should we go with Deuteronomy which suggests stoning your child if he strays from the faith or should we just stick to the sermon on the mound,  a passage which is so radical, that it doubtful that our own defense department would survive its application. Folks have not been reading the bible.”

Are these the words of a Christian? Would any true believer stand up and mock the Bible and those who believe?  Has he read his Bible? “Be not deceived; God is not mocked: for whatsoever a man soweth, that shall he also reap.”- Galatians 6:7

Does the faith of the President of the United States matter? We are a country based on religious freedom. Would it make a difference if he were, in fact, Muslim?  I think the more important question would be, would you denounce your faith in order to achieve a political goal? If he is in fact a Muslim, has he not denounced that faith by claiming he is a Christian in order to get elected? If he is, in fact, a Christian, has he not denounced that faith by mocking the Bible and those who believe? Can you be a Christian and still say, with a perfect arabic accent, that “the call to Arabic prayer is one of the prettiest sounds on earth at sunset.”  Can you really believe and support both?  Believers of either faith would say, emphatically, NO!”

Then why, if the president is Christian,  does he continue to support Muslims and Islam over the American people and Christianity?  He has spoken on numerous occasion supporting and championing the Muslim people and the Islamic faith, yet while Christians are being persecuted and slaughtered in 151 nations across the world, President Obama remains silent.

In the last week, with the recent beheadings of two American journalists, James Foley and Stephen Sotloff, we have heard President Obama speak two times regarding their gruesome deaths,

This month, Brother Rachid, a former Muslim, posted a video called, “A Message to President Obama from a Former Muslim.”  In his video, he says,

A Message to President Obama from a former Muslim!

He further says of his own upbringing,

“Stop being politically correct, to call things by their names; ISIL, al Qaeda, Boko Haram, al-Shabaab in Somalia, the Taliban and their sister brand names are all made in Islam. Until you deal with the root of the problem, you will be just dealing with systems.”

It has become very obvious that ISIL has no respect for the United States. They have brutally beheaded two American citizens and threatened our nation.  They have gone an a rampage intermittently killing men, women and children. They have slaughtered members of the Iraqi army and dumped them into mass graves.  They have demanded Christians denounce their own religion and convert to Islam or be killed. Children have been beheaded and their parents forced to carry around their heads as an example to others.  What do you call these types of people? Barbarians, thugs, brutes, Islamic terrorists? I think any of theses names would be an adequate description of who these radicals really are. But make no mistake, they practice the faith of Islam.

So, what about the innocent followers of Islam?  In a recent panel at the Heritage Foundation, Brigitte Gabriel, the founder, president and CEO of ACT!  for America, addressed a Muslim law student about the “innocents” in contrast to the “radicals” of the faith.

So, can we talk about ISIL without discussing the Islamic faith? Our President cannot continue protecting the innocent majority of Muslims and ignore the problem of radical Islam. We cannot expect to have a successful foreign policy while we continue to put political correctness over the safety of the United States.

When we speak of political correctness, why does it not apply when our President is speaking about American citizens; the very people he has been elected to protect? Why does he have no hesitation in expressing his obvious anger and disgust when calling Americans, “radicals,” “flat-earthers,” “extremists,” “selfish,” “warmongers,” ‘bomb-throwers,” “hostage takers,” and “frauds?”  Yet, in his press conferences referencing the beheadings of Americans by ISIL, he remains composed and restrained in a situation that calls for anger and fortitude?

It is time for the United States President to stop attacking American citizens and declare ISIS the real enemy!

Former Egypt FM: Strained relations with US due to insistence on including Islamists in politics!-Posted on The Jerusalem Post-By ARIEL BEN SOLOMON-On September 3, 2014:

Obama received detailed ISIS intel for a year – guess he was happy with the progress!-Posted on AllenWest.com-By Allen West-On September 3, 2014:

BACHMANN: OBAMA ‘WILLFULLY BLIND’ TO ISLAMIC TERROR: ‘War has been declared … kill them until they raise the white flag’!-Posted on WND.com-By LEO HOHMANN-On September 5, 2014:

Obama Setting USA up for Invasion as ISIS Joins Amnesty at the Border!-Posted on TeaParty.org-By Dr. Jerome Corsi-On September 7, 2014:

Obama says he has the authority, and US will ‘go on offensive’ against Islamic State!-Posted on FoxNews.com-On September 7, 2014:

Ted Cruz says it’s ‘unacceptable’ for Obama to proceed against Islamic State without Congress!-Posted on The Blaze-By Pete Kasperowicz-On September 8, 2014:

9/11 REPORT COULD SINK POSSIBLE GOP PRESIDENTIAL CANDIDATE: ‘Lawmaker: ‘It would be devastating to some Republicans’!-Posted on WND.com-By GARTH KANTOn September 8, 2014:

BOMBSHELL: Greta Says Obama Tried to Silence Her From Exposing His Crimes!-Posted on Conservative Tribune-On September 8, 2014:

Years Of War And We Have Not Learned A Thing!-Posted on Personal Liberty Digest-By Bob Livingston-On September 8, 2014:

Video: Texas Sheriff’s Brutal Warning to the Islamic State Should Send a Chill Through Every Terrorist!-Posted on The Blaze-By Jason Howerton-On September 9, 2014:

DEM SENATOR: OBAMA SHOULD GET CONGRESSIONAL AUTHORIZATION ON ISIS!-Posted on BREITBART TV-On Septmber 10, 2014:

200 Members of ISIS Are Just Over the Mexican Border – Confirmed pb!-Posted on The Post & Email-By Sharon Rondeau-On September 10, 2014:

Note: Please read Part 3 regarding this disturbing and gut-wrenching issue:

Note:  My following blogs relate to this extremely disturbing and gut-wrenching issue-You Decide:

Letter to NM Representative (re: Request For Congressional Investigation Into Mysterious Downing of Chinook Helicopter in Afghanistan)!

Is Obama The Godfather of The Islamic Revolution?

Is President Obama in on the Uprising in Egypt?

Is Shariah Law A Danger To Our U.S. National Security?

What do American Citizens Know About “Sharia Law” and is It Something That We Should Know More About?

The Islamic Infiltration: Inside Our Government, Armed With Our Secrets!

The Vetting: ‘Obama, Radical Islam and the Soros Connection’! (Part 1):

Americans – Like Nazi Germans – Don’t Notice that All of Our Rights Are Slipping Away (Part 23)!

Brainwashing in America: ‘WHY FEW DARE CALL IT CONSPIRACY”! (Part 1) 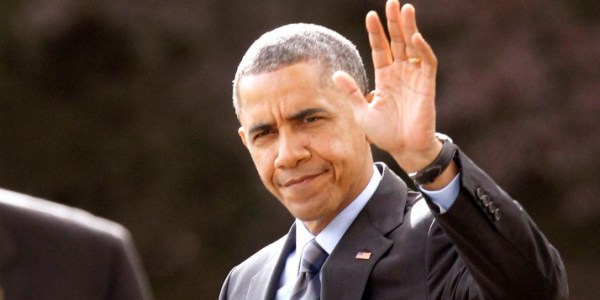 Note:  If you have a problem viewing any of the listed articles and/or blogs, please copy website link and paste it on your browser.  Sure seems like any subject matter that may be considered controversial by this administration is being censored-What happened to free speech?-You Decide:

Hello: Are Americans Going To Wake Up Before The Lights Go Out?-God Bless America!