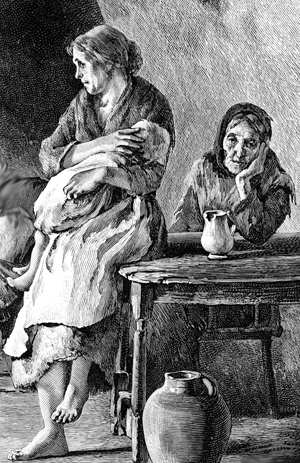 For the past few decades Western culture has gradually drifted toward totalitarian rule. This trend is now accelerating in an astonishing manner, as three factors, Big Tech, the legacy media and the Pandemic, are presenting an opportunity to restructure societies in such a way as to restrict free thought as well as the free movement of people.

This New Dark Ages is made possible through the stunning tech advances of the past two decades and is being heralded by Big Tech, which is in the act of seizing control of peoples’ freedom of speech, and soon to come, peoples’ freedom of thought. They will establish the tenor of what individuals are allowed to say and think, as they now have near absolute control over most forms of communications, giving them the power to control what individuals are allowed to see, read and hear.

It’s no accident that that the ‘five devils’ are actively censoring and quashing alternative on-line media.

Big tech is watching! When George Orwell wrote 1984 the prevalent message to the populace was that “Big Brother is watching.” As a result, any thought, action or behavior inconsistent with official orthodoxy would result in a conviction for “thought crime.”

As you are reading this Big Tech is watching to ensure no thought crimes take place. Take for example, Twitter boss Jack Dorsey’s decision to suspend the New York Post’s account over reporting that President-elect Joe Biden’s son is under investigation for tax fraud and possibly other, more sordid crimes. While indeed, the Hunter Biden story was legitimate, censoring its distribution across the Internet reeks of election tampering.

Dorsey has had an incalculable influence on the outcome of November’s election. The head of a private corporation should not have the power to censor free speech and ideas, even though the company is publicly traded, and purports to be a messaging platform. What good is a messaging platform that only messages orthodoxy?

Facebook isn’t any different in that it has refined its ability to limit distribution of words and ideas with which it disagrees through Soviet-style censorship. What’s more, it was recently revealed that the company is tracking the on-line behavior and activities of its users across multiple platforms, meaning what you post to Twitter or any other web site, Facebook’s algorithms duly record and save for prosperity.

But it doesn’t end there. The Tech Giants are also tracking our on-line behavior and using our usage habits to sell to advertisers, giving them an enormous advantage in the free market, despite anti-trust laws governing such behavior.

What’s more, Big Tech is now curating the Internet to control who and what has access and what the general populace is allowed to know. Recently, the alternative messaging platform, Parler, was banned from Google Play, the Apple App store and from Amazon Web Services for its failure to censor content, or as the folks at Google call it, “egregious content.” In reality Big Tech is feathering its nest by attempting to eliminate competition.

Parler’s Chief Policy Officer, Amy Pleikoff told Fox News “Do we want all of the content that is posted online, every single piece to be scanned for ‘objectionable content,’ as they call it, 24/7 and also removed without due process if it’s flagged by an algorithm because that seems to be the standard that Parler is being told that we must adhere to,” she said.

The media’s Big Lie! Equally guilty of attempts to control the narrative is the so-called legacy media. This includes pretty much every major cable TV news outlet across America, as well as most big-city newspapers such as the New York Times, the Washington Post, the Chicago Sun-Times or any other large American city paper.

Think about the fact that for the past 5 years the legacy media’s reporting on Donald Trump has been 95% negative, despite his obvious success in dealing with economic and trade challenges, not to mention his most recent success with the Abraham Accords, which paves the way for peaceful coexistence between Israel and the Arab world.

It’s called lies of omission and is, to borrow a word from Google, “egregious.” While not everyone may find the President’s personality to their liking, he was duly elected and has enjoyed great success, as shown by the 75 million votes he received in November.

What the media “reports” is more often than not opinion or editorial. Real journalism appears to have gone by the wayside, as “reporters” often tell the public mistruths, distortions and lies by omission in order to make their point.

Fear Trump’s freedom! Rounding out this troika of connivance is the fact that we are in the midst of a pandemic, which is a crisis no government appears to be wasting. Lockdowns and conflicting regulations have the general population reeling as many are either scared witless, while others are watching their livelihood and their assets disappear.

It’s been pointed out repeatedly that the pandemic has a mortality rate of less than one 0.5%, the majority of those infected are asymptomatic and locking down entire states or provinces doesn’t work. But that isn’t the point. The point is to seize control.

If you can legislate/regulate people wearing masks, their ability to move freely and what they read, hear and see, then you own them. So now that we are all in the process of becoming slaves, welcome to the New Dark Ages.