.
{theacru.org} ~ George Washington, our first president, is probably our greatest and most decent statesman. We celebrate Washington’s Birthday each February. But March 16th marks the birthday of probably the second-most important and decent American, James Madison... Madison became our fourth president, but his presidency is not the chief source of his greatness. There would have been an entirely different America without Madison’s enormous input and foresight at the contentious 1787 Constitutional Convention in Philadelphia. There were 55 delegates to the convention. Like Madison, some had a formal college education, while others did not. From Madison’s notes about the quality of the debates and discourse, one could not tell who was college-educated and who was not. Their ages ranged from 26 (Jonathan Dayton) to 81 (Benjamin Franklin), with the average age being 42. Alexander Hamilton was a key figure at the convention. He called for a president for life with total veto power over the legislature. Most other delegates, led by Madison along with John Adams, wanted a republic; none wanted a democracy. Madison, who would become known as the “Father of the Constitution,” argued that in a pure democracy, “there is nothing to check the inducement to sacrifice the weaker party or an obnoxious individual.” Delegate Edmund Randolph agreed, saying, “In tracing these evils to their origin, every man had found it in the turbulence and follies of democracy.” Adams added: “Remember, democracy never lasts long. It soon wastes, exhausts and murders itself. There never was a democracy yet that did not commit suicide.” Eleven years earlier, Madison had helped to develop the Virginia Constitution, and it was his Virginia Plan that served as the basis for debate in the development of the U.S. Constitution. Madison, along with Hamilton, argued for a strong but limited central government that could unify the country.        http://www.theacru.org/our-forgotten-statesman/
.
Move over Europe: Muslims 'raping U.S. women'
LEO HOHMANN
. 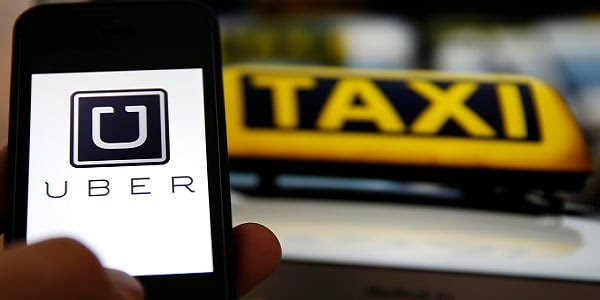 .
{wnd.com} ~ East Lansing police said in late February they were investigating two drivers who allegedly made unwelcome sexual advances toward female MSU students, the Free Press reported... Multiple women complained of inappropriate touching. The news comes just days after another Uber driver in California – Omar Mahmoud Mousa, 52, of Anaheim – was charged with raping a woman at an Anaheim motel, as WND reported. Police said they suspect Mousa likely has other victims, and they are asking the public to come forward with information. One of the more horrific cases happened in Connecticut and involved an Iraqi refugee.  Investigators say they responded to Yale-New Haven Hospital on Jan. 31 for a report by an alleged victim of sexual assault. The woman had left a New Haven bar and walked to a parking area designated for Uber and taxi drivers, according to police. http://www.wnd.com/2016/03/uber-big-problem-muslims-raping-u-s-women-in-taxis/
.
Sheriffs rip nObama silence on murdered police, say he backs 'those that kill us'
PAUL BEDARD
.

.
{washingtonexaminer.com} ~ Despite a 300 percent surge in the shooting deaths of police this year, President nObama has done little to signal his regret, leading law enforcement to charge that he is condoning the slayings... "He has a microphone in his face almost every moment he's awake, and has unprecedented access to the media. He could certainly take a moment to acknowledge these events and give us the same support he provides those that attack and kill us," Carroll County, Md., Sheriff James T. DeWees told Secrets. Since DeWees wrote an open letter to nObama on Facebook urging attention, 14 more police have been killed, six by gunfire, and the president has still hasn't addressed the issue, prompting the sheriff to add: "I also speak for thousands of police officers throughout the country that feel the White House has forgotten about them; a White House that remains silent about the uptick in deaths which ultimately gives them the perception that it's condoned; and for them perception is reality!" http://www.washingtonexaminer.com/sheriffs-rip-obama-silence-on-murdered-police-say-he-backs-those-that-kill-us/article/2586346
VIDEO:  http://launch.newsinc.com/share.html?trackingGroup=91212&siteSection=washexam590_ent_mus_sty&videoId=30132706
.
Iran-backed Shia militia says it will fight US Marines deployed to Iraq
Robert Spencer
.

.
{jihadwatch.org} ~ An Iranian-backed militia said on Monday it said it would treat US Marines deployed in Iraq to fight the Islamic State group as forces of occupation and “deal” with the foreign troops... Washington said on Sunday that a detachment of the 26th Marine Expeditionary Unit was in Iraq, bolstering efforts by the United States and a coalition of allies against Islamic State in Iraq and the Levant (Isil). “If the US administration doesn’t withdraw its forces immediately, we will deal with them as forces of occupation,” the Asaib Ahl al-Haq militia said on its TV channel, al-Ahd.        http://www.jihadwatch.org/2016/03/iran-backed-shia-militia-says-it-will-fight-us-marines-deployed-to-iraq
.
slump-Trump Says Israel ‘Can Pay’ for Own Defense Needs
Brent Scher
. 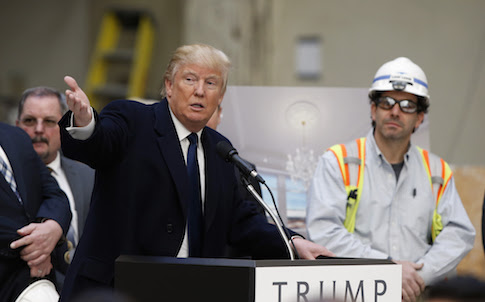 .
{freebeacon.com} ~ Ahead of his speech at the pro-Israel AIPAC conference on Monday, Republican presidential candidate Donald slump-Trump said at a press conference that Israel “can pay and they can pay big” to defend itself without receiving U.S. foreign aid... slump-Trump held the press conference in the atrium of his still-under-construction slump-Trump International Hotel, and though he had come directly from a closed-door meeting with congressional Republicans, his initial comments were focused solely on how luxurious his hotel would be once it was completed and how it would be covered in “beautiful marble from different parts of the world.” slump-Trump, standing behind a “slump-Trump Hotels” lectern, was surprised that the first question asked was not on the hotel but rather about who joined him at his secretive meeting with Republican insiders on Capitol Hill. http://freebeacon.com/politics/donald-trump-says-israel-can-pay-for-own-defense-needs/?utm_source=Freedom+Mail&utm_campaign=8bafa2b460-WFB_Morning_Beacon_03_22_163_21_2016&utm_medium=email&utm_term=0_b5e6e0e9ea-8bafa2b460-45611665
.
Rabbis, Activists Ditch slump-Trump
at AIPAC Confab
Adam Kredo
. 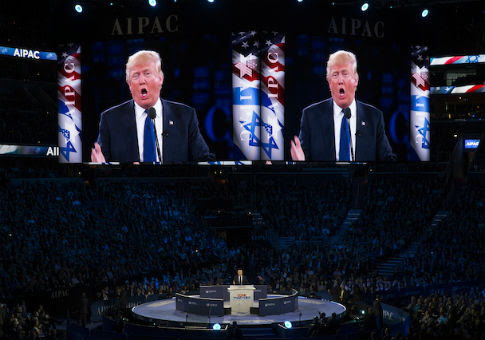 .
{freebeacon.com} ~ A delegation of some 100 rabbis staged a walkout from the Verizon Center in Washington, D.C. on Monday evening to protest Republican presidential frontrunner Donald slump-Trump as part of an effort to boycott what they describe as the candidate’s “message of hate,” according to protest organizers... While activists from the far left crowded outside of the American Israel Public Affairs Committee’s annual conference to deride slump-Trump as a “racist,” a more unlikely group of AIPAC loyalists used the opportunity to stage a walkout from the event hall as slump-Trump walked onto the stage. The group, comprised of several hundred rabbis and pro-Israel advocates, said that while they do not support anti-Zionist groups such as Code Pink, which staged an array of events outside the forum to mock slump-Trump, they still wanted to voice their displeasure with the candidate in a public fashion.        http://freebeacon.com/politics/rabbis-activists-ditch-trump-at-aipac-confab/?utm_source=Freedom+Mail&utm_campaign=8bafa2b460-WFB_Morning_Beacon_03_22_163_21_2016&utm_medium=email&utm_term=0_b5e6e0e9ea-8bafa2b460-45611665
.
The Feckless Mismanagement Of John Brennan, CIA’s Captain Unreality
Fred Fleitz
.

.
{aim.org} ~ Hotels.com has an amusing TV character called “Captain Obvious” who makes humorous commercials by saying clearly obvious things... The CIA has a director who is the exact opposite – a “Captain Un-Reality” – who constantly makes absurd claims contrary to facts and common sense. During an National Public Radio interview last month, for example, CIA Director John Brennan made what may be the most bizarre statement ever by an U.S. intelligence official: “We don’t steal secrets,” he said. “Everything we do is consistent with U.S. law. We uncover, we discover, we reveal, we obtain, we elicit, we solicit.” This was a ridiculous statement. Although the CIA is required to comply with U.S. law, one of its core missions is stealing secrets abroad through a variety of means that blatantly violate the laws of other nations. This is the nature of intelligence collection.        http://www.aim.org/guest-column/the-feckless-mismanagement-of-john-brennan-cias-captain-unreality/?utm_source=AIM+-+Daily+Email&utm_campaign=email032216&utm_medium=email
.
Terrorists Have
'No Resolvable Grievances,'
Just Seek 'Our Utter Destruction'
Bridget Johnson
.

{pjmedia.com} ~ Speaking by satellite feed to the American Israel Public Affairs Committee conference this morning, Israeli Prime Minister Benjamin Netanyahu stressed that "the chain of attacks from Paris to San Bernardino to Istanbul to the Ivory Coast and now to Brussels... and the daily attacks in Israel, this is one continuous assault on all of us." "In all these cases, the terrorists have no resolvable grievances. It's not as if we could offer them Brussels or Istanbul or California or even the West Bank. That won't satisfy their grievances because what they seek is our utter destruction and their total domination. Their basic demand is that we should simply disappear," Netanyahu said. "Well, my friends, that's not going to happen." Netanyahu's address to the group was scheduled long before twin blasts hit Zaventem airport in Brussels, followed by another explosion an hour later at Maelbeek metro station.       https://pjmedia.com/news-and-politics/2016/03/22/netanyahu-terrorists-have-no-resolvable-grievances-just-seek-our-utter-destruction/
.
Allen West “If I were president...
Allen B. West
.

.
{allenbwest.com} ~ When an American, James Foley, is brutally beheaded by ISIS — nObama goes to play golf after a lackluster prepared statement. When 14 Americans were killed and 21 wounded by an Islamic jihadist couple — he responds with more gun control... When five Marines and Sailors are gunned down at a Naval Reserve Facility in Chattanooga, how many days passed before flags flew at half-staff? As a matter of fact, President nObama went to New York City for a Broadway play instead of going to Chattanooga. So it should be no surprise that today, when ISIS carries out a deadly attack in Brussels, nObama heads to a baseball game with his new commie pals in Cuba. Yet Christians get lectures about not getting up on their “high horses” at the National Prayer breakfast. And we’re told the future does not belong to those who ” slander the prophet of Islam” — which we all know was a false narrative created to mask the truth about the abandonment and subsequent murder of four Americans at the hands of Islamic terrorists. And even on stage with then-Russian President Dmitry Medvedev in what President nObama thought was an “off mic” moment, he states, “tell Vladimir I will have more flexibility after reelection” – a far cry from Reagan telling Gorbachev to “tear down this wall.” So off nObama goes to Cuba to make nice with Raul Castro — you know, another historic moment for that presidential library. Sure, there are folks comparing this to Richard Nixon and his China visit. But does anyone think Richard Nixon would have taken some “smack” from the Chinese about the country he led?        http://www.allenbwest.com/2016/03/if-i-were-president-heres-exactly-what-id-tell-raul-castro-to-do-graphic/
.
Little Sisters of the Poor Case Heads
to Supreme Court
Elizabeth Slattery
. 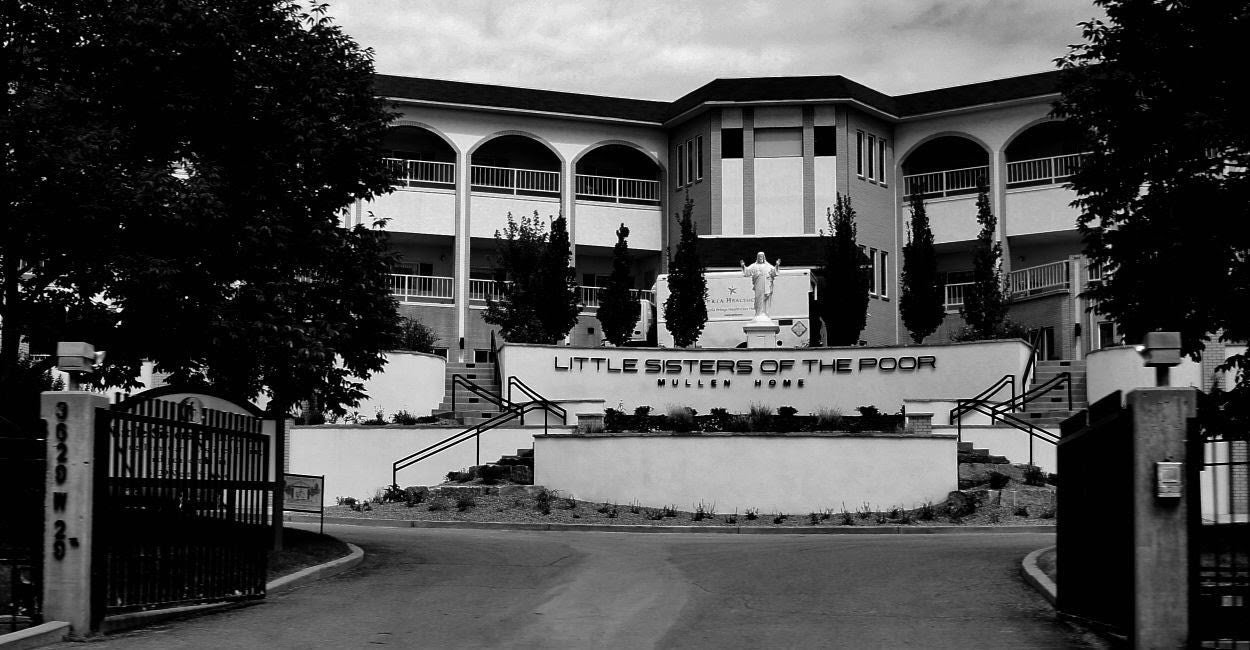 .
{dailysignal.com} ~ The Supreme Court will hear oral arguments this week in a group of cases challenging the nObamacare requirement that nonprofit employers offer their employees health care coverage that includes Plan B, ella, and other potentially life-ending drugs and devices, contraception, and sterilization... The challengers in the consolidated cases, captioned Zubik v. Burwell, include the Little Sisters of the Poor; Priests for Life; East Texas Baptist University; Southern Nazarene University; Geneva College; the Archdiocese of Washington, D.C.; and other religious charities. Notably, the government is imposing its mandate on groups like the Little Sisters of the Poor, who care for the elderly poor, but is exempting large corporations like Exxon and Pepsi Co.    http://dailysignal.com/2016/03/21/little-sisters-of-the-poor-case-heads-to-supreme-court/?utm_source=heritagefoundation&utm_medium=email&utm_campaign=dailydigest&mkt_tok=3RkMMJWWfF9wsRonu6rJcO%2FhmjTEU5z16uwlXaS1iokz2EFye%2BLIHETpodcMTcRiNb7YDBceEJhqyQJxPr3NLtQN191pRhLiDA%3D%3D
.

.
Farewell to Nancy Reagan, a Friend and Patriot
Peggy Noonan
. 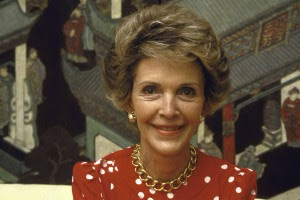