.
Trump says birthright citizenship 'will be
ended one way or the other' 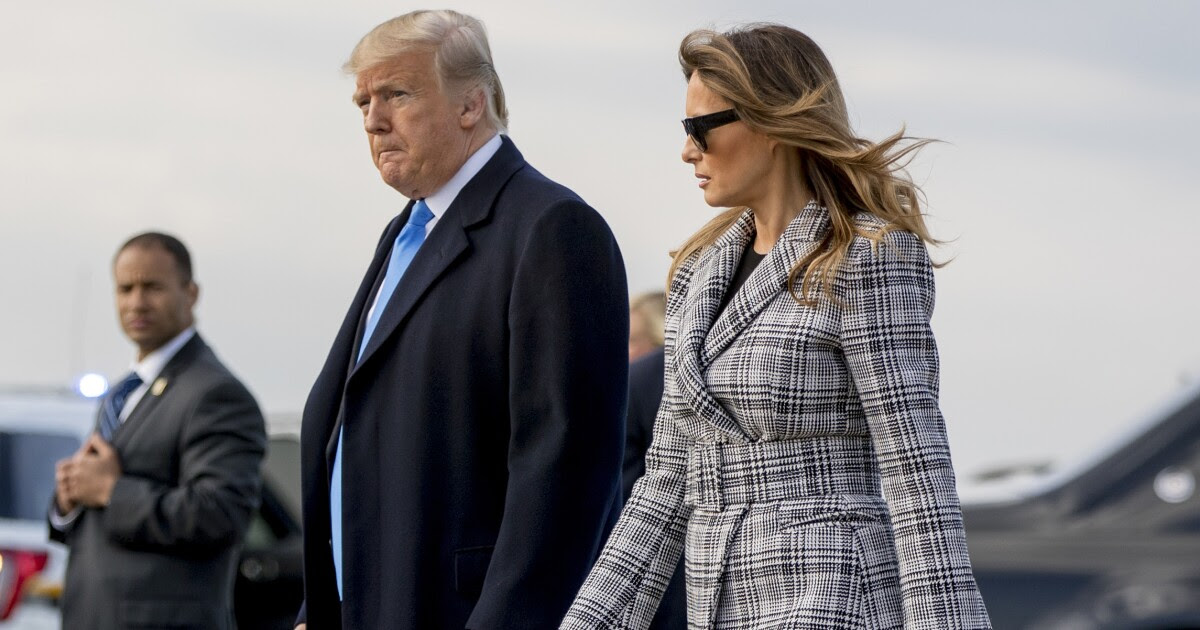 by Anna Giaritelli
{washingtonexaminer.com} ~ President Trump on Wednesday insisted that birthright citizenship "will be ended one way or the other," opening the door for congressional action... one day after House Speaker Paul Ryan said that doing so by executive action was unconstitutional. "So-called Birthright Citizenship, which costs our Country billions of dollars and is very unfair to our citizens, will be ended one way or the other. It is not covered by the 14th Amendment because of the words 'subject to the jurisdiction thereof.' Many legal scholars agree....." Trump wrote on Twitter Wednesday morning. In a follow-up tweet, Trump referred to a video of former Sen. Harry dinky-Reid, D-Nev., from 1993 making the rounds this week online in which he said "no sane country" would allow birthright citizenship. Trump also said the legal fight over his tentative executive order, which has sparked a legal debate over whether it would run afoul of the 14th Amendment, would be settled by the Supreme Court. dummycrats-Democrats and even Republicans have argued Trump can't undo birthright citizenship through executive action because the Constitution states that people born in the U.S. are citizens. The Constitution would have to be amended to change the law, and Sen. Lindsey Graham, R-S.C., on Tuesday pledged to introduce legislation to end birthright citizenship. Ryan said it would be hypocritical for conservatives to back Trump's approach after complaining about former President Barack scumbag/liar-nObama, who used executive orders and actions to push his immigration agenda through after Congress refused to act... You are jerk Ryan. Why didn't you ask for a meeting with Trump and discuss the matter.
https://www.washingtonexaminer.com/news/trump-says-birthright-citizenship-will-be-ended-one-way-or-the-other?utm_source=WEX_Breaking%20News%20Alert_10/31/2018&utm_medium=email&utm_campaign=WEX_Breaking%20News
.
Israel's Mossad foils Iranian assassination plot in Denmar

by David Rosenberg
{israelnationalnews.com} ~ Israeli intelligence services aided Denmark in foiling a recent assassination attempt by Iranian agents... Israeli media outlets reported Wednesday. On Tuesday, Denmark announced that it had recalled its ambassador to Iran, after it accused Tehran of plotting to assassinate three Iranian nationals residing in Denmark, AFP reported. "I have decided to recall Denmark's ambassador in Tehran for consultations... Denmark can in no way accept that people with ties to Iran's intelligence service plot attacks against people in Denmark," Danish Foreign Minister Anders Samuelsen was quoted as having told reporters. "It is the Iranian government, it is the Iranian state that is behind" the plot, Samuelsen added. A day later, Israeli media outlets reported that Israel’s Mossad agency had played a key role in foiling the Iranian assassination plot, a senior Israeli official said. The official claimed that the Mossad provided Danish security services with information which led to the arrest of a member of the suspected Iranian terror cell operating in Scandinavia...  http://www.israelnationalnews.com/News/News.aspx/254057
.
Reports Show Danger of Releasing Gitmo Terrorists
As scumbag/liar-nObama Frees 5
by judicialwatch.org
{judicialwatch.org} ~ Days after President scumbag/liar-nObama released five of the world’s most dangerous terrorists from the U.S. military prison in Guantanamo, two alarming reports... one from a mainstream newspaper and the other from a prominent research group—provide distressing information that confirms it was a really bad idea. The president blew off Congress and freed five high-ranking Taliban leaders held at the U.S. Naval base in southeastern Cuba in exchange for the release of Army Sergeant Bowe Bergdahl. The secret plot shocked the world and U.S. lawmakers because every American president, including scumbag/liar-nObama, has vowed never to negotiate with terrorists. Additionally, Congress must be alerted 30 days in advance whenever a captive is released from Gitmo. Here’s a little background on the freed terrorists from a U.S. Senator who wants the Senate Armed Services Committee to conduct a hearing. “The five terrorists released were the hardest of the hard-core,” Senator Lindsey Graham tells the committee chairman in a letter requesting the hearing. “They held positions of great importance within the hard-core anti-American Taliban, including the Chief of Staff of the Taliban Army and the Taliban Deputy Minister of Intelligence. They have American blood on their hands and surely as night follows day they will return to the fight. In effect, we released the “Taliban Dream Team.” The United States is less safe because of these actions.” The Five Taliban leaders are expected to relocate in Afghanistan, a hotbed of terrorism and anti-American sentiment. In fact, there is a growing terrorist threat to the United States from a rising number of jihadist groups overseas, according to a ghastly study published by the RAND Corporation this week. Afghanistan is one of them, the study reveals. Since 2010, there has been a 58 percent increase in the number of jihadist groups, a doubling of jihadist fighters and a tripling of attacks by Al Qaeda affiliates. The most significant threat to the United States, the report concludes, comes from terrorist groups operating in Yemen, Syria, Afghanistan and Pakistan...
https://www.judicialwatch.org/blog/2014/06/reports-show-danger-releasing-gitmo-terrorists-obama-frees-5/?utm_source=deployer&utm_medium=email&utm_campaign=corruption+chronicles&utm_term=members&utm_content=20181031210210
.
Administration could send up
to 15,000 troops to southern border 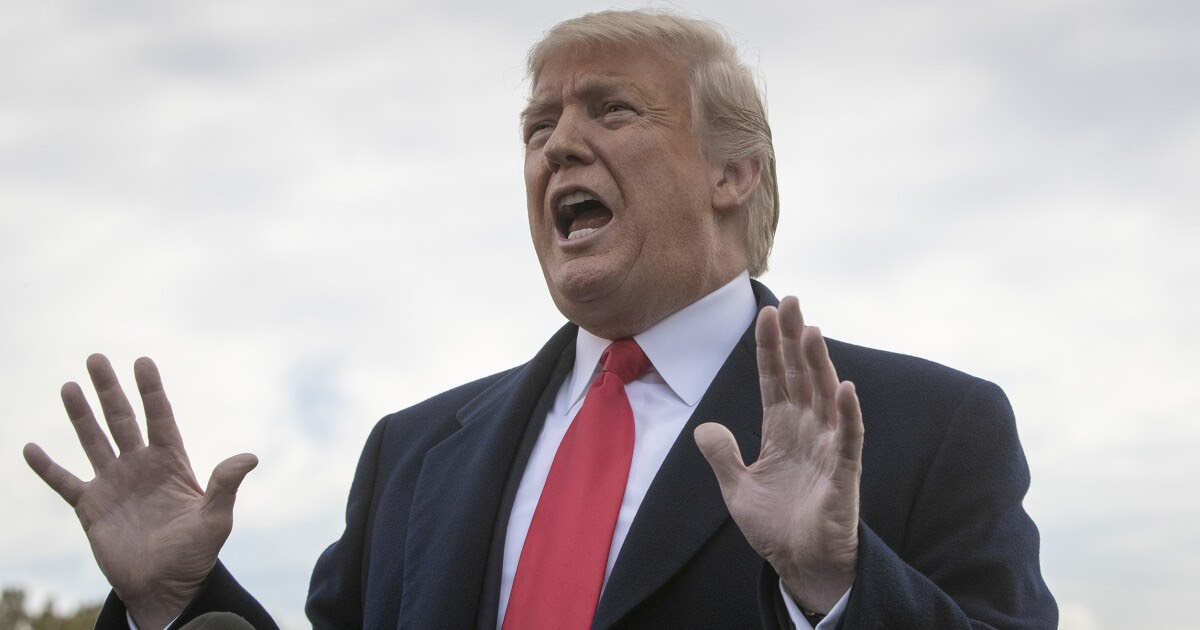 by Melissa Quin
{washingtonexaminer.com} ~ The U.S.-Mexico border could soon see an influx of troops. President Trump said Wednesday his administration could deploy up to 15,000 service members... to help stop a caravan of migrants from entering the United States. “As far as the caravan is concerned, our military is out. We have about 5,000—we’ll go up to anywhere between 10 and 15,000 military personnel on top of Border Patrol, Immigration and Customs Enforcement, and everybody else at the border,” the president told reporters at the White House before departing for Florida. “Nobody is coming in. We’re not allowing people to come in.” The Pentagon announced Monday it will send at least 5,200 troops to the southern border to deal with the caravan of thousands of migrants fleeing violence in Honduras. The caravan is hundreds of miles south of the border, approximately a month away from reaching the U.S. Trump has cited the caravan during rallies with supporters as he seeks to bolster support for Republicans ahead of Tuesday’s midterm elections. But the president rejected any notion that he is “fearmongering,” and called immigration a “very important subject.”...
https://www.washingtonexaminer.com/news/trump-administration-could-send-up-to-15-000-troops-to-southern-border?utm_source=breaking_push&utm_medium=app&utm_campaign=push_notifications&utm_source=WEX_Breaking%20News%20Alert_10/31/2018&utm_medium=email&utm_campaign=WEX_Breaking%20News
.
China Has Landed 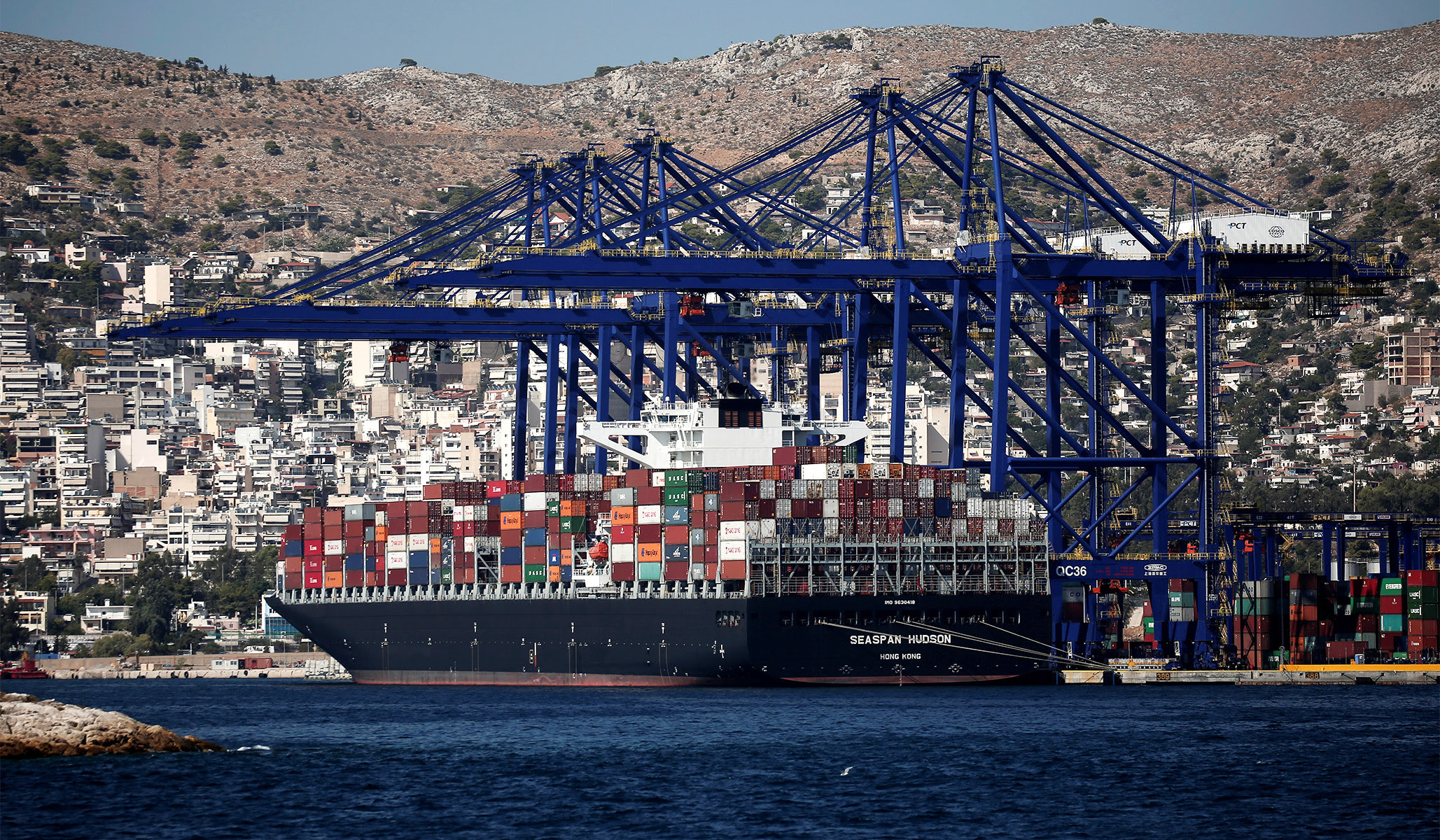 by CHRISTOPHER R. O'DEA
{nationalreview.com} ~ In a speech at the Hudson Institute earlier this month, Vice President Mike Pence said that the American people deserve to know of the strategy behind China’s economic and political competition with the U.S. ... and of what the Trump administration is doing to counter the Middle Kingdom’s challenge to U.S. security. “Beijing is employing a whole-of-government approach, using political, economic, and military tools, as well as propaganda, to advance its influence and benefit its interests in the United States,” Pence said, and “applying this power in more proactive ways than ever before, to exert influence and interfere in the domestic policy and politics of our country.” While the vice president was speaking of the U.S., the American people also deserve to know that China is employing the same playbook beyond our shores, with considerable success. In effect, China has landed, not only by militarizing artificial islands it built in the South China Sea, but by building or acquiring seaports, logistics terminals, and related transportation, communication, and energy assets in more than a dozen countries around the globe, including U.S. allies in the EU and Latin America. Unlike the high-profile takeover of an American technology company by a Chinese one, the threat to U.S. security posed by China’s new maritime network is all too easy to overlook. Although 90 percent of the world’s energy, commodities, and manufactured goods are transported by ship, few consumers have any direct exposure to shipping or the logistical operations that comprise the “supply chain” of our globalized economy...
https://www.nationalreview.com/2018/10/china-global-maritime-commerce-ambitions-us-must-respond/?utm_source=Sailthru&utm_medium=email&utm_campaign=NR%20Daily%20Monday%20through%20Friday%202018-10-31&utm_term=NR5PM%20Actives
.

by Lewis Morris:  General Motors CEO Mary Barra wrote an op-ed in USA Today calling for the federal government to step even more heavily into the automobile market and subsidize electric vehicle production.

There was a time long ago when GM was the pinnacle of American industrial might. It was one of the world’s largest companies, and by far the world’s largest automobile producer. Employing hundreds of thousands worldwide, GM was an innovator and a leader. In the 1950s, nearly half of all the cars on America’s roads were produced by General Motors.
Those days are over. Just a few years removed from receiving a massive taxpayer bailout, Barra is looking to the government to make GM great again by forcing consumers to buy electric vehicles.
Because nothing says American greatness like forcing people to buy things. It worked for health insurance, right? Right?
“We are calling for a National Zero Emission Vehicle (NZEV) program to create a comprehensive approach to help move our country faster to an all-electric, zero emissions future,” writes Barra.
This sounds well-intentioned at first glance. GM laid out its vision last year for zero crashes, zero emissions, zero congestion, a plan to increase electric vehicle production while making cars that were safer and more tech friendly for the 21st century. With this plan, you would think GM is looking to become the leading innovator in the automotive industry again. The only difference is this time Barra wants the government and the American taxpayer to do the work.
Barra’s NZEV plan basically nationalizes California’s draconian electric-car mandate. It would call for 7% of all new auto sales to be electric by 2021, with a 25% market shareby 2030. She sees this happening by expanding the refundable tax credit for electric car purchases, investing in infrastructure to expand the number of charging stations nationwide, and tightening regulations to steer manufacturers and consumers toward greater production and purchases.
Barra shrugs aside the cost to taxpayers for such a venture. We’ve already spent close to $5 billion to subsidize electric car buyers. Barra would have us believe that if we stop these giveaways, it will stifle the growth of the electric-car market. But if the federal government needs to pay consumers to buy electric cars, then there is no market — or at least one insufficient to achieve Barra’s goal on her timetable.
A CEO of a major company should know better. Instead, Barra touts the NZEV’s potential to reduce carbon emissions, and she makes note that car makers and governments in Europe and Asia are already entering into similar partnerships. “The stakes are high, and time is short,” she insists.
The U.S. is already the world leader in reducing carbon emissions without creating unholy alliances between the private sector and the federal government. And simply stating the tired old argument that “other countries are already doing it” does not highlight the inflated auto markets in those countries, the poor quality of many of their vehicles, or the high taxes that consumers are paying.
The bottom line is that the electric car cannot be forced on the American public. The market has been around for several years, but the cons still outweigh the pros.
There are not nearly enough plug-in stations to support a large fleet of electric cars on America’s roads. At this point, many of these cars are still more expensive than conventional automobiles, which meet higher fuel standards than ever before in history. Many electric cars only run about 230-240 miles per charge, and it takes up to nine hours to completely recharge them. This is not workable for long-distance driving.
Innovation will surely solve these problems eventually, at which point electric cars may become the de facto choice for many consumers. Then prices will drop and the support network will grow. But propping up the entire industry at taxpayer expense is not the government’s constitutional role. Economically, that sort of winner-picking hand-holding stifles growth, to borrow Barra’s phrase. If companies know that they have a captive consumer audience and that the federal government will fill in the gaps on their bottom line, then they don’t have any incentive to innovate. This has been true ever since man began engaging in commerce.
If electric cars are going to be the wave of the future, then manufacturers must build them that way.

https://patriotpost.us/articles/59161?mailing_id=3825&utm_medium=email&utm_source=pp.email.3825&utm_campaign=snapshot&utm_content=body
E-mail me when people leave their comments –
Follow