.
Rep Nunes Reveals Where And How He Got
The Secret liar-nObama Spying Intel

by Rick Wells
{rickwells.us} ~ House Intelligence Committee Chairman Devin Nunes (R-CA) has provided a little background information explaining how the events unfolded in his becoming aware of information that he later shared with President Trump last week... While he isn’t specific, a general flavor of the nature of the information and the means by which it was provided to him is offered. Last Tuesday evening, the day prior to his announcement to the nation that he had corroborating evidence that President Trump had been spied upon by the liar-nObama regime, Rep Nunes met with an anonymous source on the White House grounds to review dozens of documents and intelligence reports. Those included accounts of meetings involving President Trump’s advisers. Nunes chose the White House for the meeting as it was the most convenient secure location equipped with a computer which was connected to the system upon which the reports were housed, which are only distributed within the executive branch. Nunes reportedly said of the need to relocate, “We don’t have networked access to these kinds of reports in Congress.” He further stated that his source was not a White House staff person and was an intelligence official...  http://rickwells.us/rep-nunes-reveals-got-secret-obama-spying-intel/
.
Flashback: Dems Supported Punishing Sanctuary
Cities When liar-nObama Ordered It
by Martin Walsh
{redstate.com} ~ While Democrats continue to claim that everything President Trump does is unethical and unconstitutional, they claim to be against things today that they used to support... Democrats are outraged following Attorney General Jeff Sessions statements Monday afternoon at the White House press briefing that called for “sanctuary cities” to comply with federal law or risk losing federal funding. DNC chief Tom Perez, as well as many other Democrats, failed to mention that former President liar-nObama administered similar policies in 2015 when he worked with House GOP members to pressure his Justice Department to announce that “some federal funding to the sanctuaries would be cut off” if those jurisdictions did not comply with Immigration and Customs Enforcement officials...Hmmm, interesting.  http://www.redstate.com/mwalsh8/2017/03/27/flashback-dems-supported-punishing-sanctuary-cities-obama-ordered/?utm_source=rsmorningbriefing&utm_medium=email&utm_campaign=nl
.
Ryan, Priebus Serving Allies,
Not President Trump Or America

by Rick Wells
{rickwells.us} ~ Lou Dobbs has a few thoughts “on President Trump’s efforts to drain the swamp, as Republicans try to place and avoid blame for the Ryancare debacle... OMB Director and former Freedom Caucus member Mick Mulvaney, who has an enviable perspective, acknowledged that the swamp critters won Friday, when Speaker Ryan pulled the healthcare bill.” Dobbs reminds his audience it was “the very same bill that for weeks Ryan had breezily and brazenly, it turned out, assured everyone it would pass.” While Mulvaney recognized the rottenness of DC as the root cause, Reince Priebus chose a different path. He defended his close friend Paul Ryan and instead said “The President was 100% correct in blaming conservatives for Ryancare’s failure.” “Really,” says Dobbs, “even thought the bill had only 17% support in the final polling...  http://rickwells.us/dobbs-ryan-priebus-serving-allies-president-trump-america/
VIDEO:  https://www.youtube.com/watch?v=MURHfNGH7G0
.
We’re Not Going To Let Chuck Schumer
Dictate Who Chairs Our Committees

by Rick Wells
{rickwells.us} ~ Congressman Trey Gowdy says, “I just love it when Senator Schumer gives Republicans advice on what we ought to do. Devin is doing exactly what the chairman ought to do... When you have a source who has information, you handle that information safely, securely, which is exactly what he did.” Gowdy continues, “I wish Senator Schumer and some of the other Democrats would be more interested in the authenticity and the reliability of the underlying data and not the means by which it was acquired. Whether it’s the White House or Waffle House, what difference does it make if the information is reliable and authentic?” “It just so happens,” he notes, “Devin had to do it this way. So we’re not going to take advice from Senator Schumer on who our chair people ought to be...
http://rickwells.us/gowdy-going-let-chuck-schumer-dictate-chairs-committees/
VIDEO:  https://www.youtube.com/watch?v=kf5dUW2cpTM
.
Comey Hiding, Dems Obstructing,
After His Head – Crooks Are Scared

by Rick Wells
{rickwells.us} ~ Rep Devin Nunes joined Bill O’Reilly on his program to discuss the events taking place with the House Intelligence Committee. O’Reilly opens with a question as to why FBI Director Comey and NSA Director Rogers are not appearing before the House Intelligence Committee as they were requested... O’Reilly notes that their refusal to cooperate, asking “Why are these guys not showing up?”  Nunes says, “We hope that they’ll show up in the future, we don’t know why exactly that they didn’t want to show up today.” The reason that Rep Nunes is fully aware of and that he’s not willing to state for political reasons is because the hearings were going to be conducted behind closed doors. Comey and Rogers lose their shield of not answering by virtue of the public setting. They’d really have to provide answers that could make them look bad an possibly even be incriminating...  http://rickwells.us/nunes-comey-hiding-dems-obstructing-head-crooks-scared/
VIDEO:  https://www.youtube.com/watch?v=4XOqr-4ovDk
.

.
How Serious Is the Terrorist Threat? 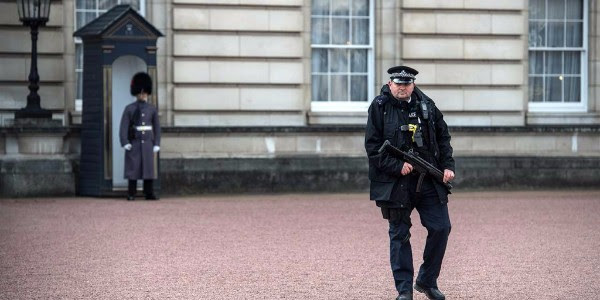 by Theodore Dalrymple
{city-journal.org} ~ Statistically speaking, I am much more at risk of being killed when I get into my car than when I walk in the streets of the capital cities that I visit. Yet this fact, no matter how often I repeat it, does not reassure me much; the truth is that one terrorist attack affects a society more deeply than a thousand road accidents.

The man responsible for the latest attack in London, the so-called Khaled Masood, lived in the area in which I worked for many years, and through which I walked daily. So did several of his presumed accomplices who have since been arrested. The area is high in crime and there does seems to be an elective affinity between Islamism and criminality.

The day after the attack in London I was interviewed by some Flemish journalists from Antwerp, or very near Antwerp, a city in which a terrorist attack was aborted while we talked. A Tunisian resident of French nationality was stopped before he could mow down shoppers in Antwerp’s main shopping street, an attack that was “unsuccessful,” apparently, only because the would-be victims had the previous day’s attack in mind and jumped out of the way of the car in a pedestrianized street.

Two days before I flew from Paris Orly Airport to Montpelier, a man of Tunisian descent was shot dead at the airport while attacking a female soldier with a knife. Earlier, he had opened fire on a policeman in the north of Paris and moved on to Orly.

That night after the Orly attack, I dined in 20th Arrondissement of Paris, and as I left the restaurant in a quiet street, three soldiers in full military gear passed me on patrol. I am not sure how much the presence of soldiers on the streets in peacetime actually adds to civilian security, and it occurred to me that had I been a terrorist, I might have produced a dramatic incident there and then, for there was little doubt that the soldiers would have been vulnerable to attack. If they had attracted such an attack, I would have been more endangered than protected by them.

My nephew was in the Stade de France the national stadium on the night of the ISIS terrorist attacks in November 2015. Three suicide bombers tried to enter the stadium in a coordinated assault during a football match between France and Germany, at which both the French president and the German chancellor were present, but were prevented by a security check; otherwise, there might have been many victims, including my nephew.

It’s difficult to assess the true meaning or real significance of this apparent closeness to terrorism at one, two, or more but not many removes. Statistics tell me that I am still safe from it, as are all my fellow citizens, individually considered. But it is precisely the object of terrorism to create fear, dismay, and reaction out of all proportion to its volume and frequency, to change everyone’s way of thinking and behavior. Little by little, it is succeeding.