TheFrontPageCover
~ Featuring ~
'We Can Meet the Moment,' Trump Declares

by sundance
{ theconservativetreehouse.com } ~ With caution applied, Senate Majority Leader Mitch McConnell and Senate Minority Leader Chuck scumbag-Schumer announced around 2:00am ET a deal had been reached for the nearly $2 trillion Coronavirus Aid, Relief, and Economic Security Act (CARES) bill... The final language for “HR.748” stripped and newly assembled will take place today. Looks like the senate is using an old bill, previously passed by the House, so the House can deem and pass, without formally reconvening. There are ten republican amendments. Speaking from the floor, both McConnell and scumbag-Schumer made remarks describing the bill.
https://theconservativetreehouse.com/2020/03/25/breaking-overnight-senate-reaches-deal-for-coronavirus-aid-relief-and-economic-security-act/
VIDEO:   https://www.youtube.com/watch?v=jql_n6zJNQM&feature=emb_title
.
Nevada Governor Signs Emergency Order
Banning Prescriptions of Hydroxychloroquine
For Treatment of Coronavirus

by sundance
{ theconservativetreehouse.com } ~ This is almost unbelievable, if it wasn’t for the fact the governor is a democrat. Hopefully voters are paying close attention to this stuff and will remember in November... All of these authoritarian tendencies are being triggered by the opportunity known as COVID-19. The DEMOCRAT governor of Nevada has signed an executive order banning the use of hydroxychloroquine as a medical treatment for those suffering from the coronavirus. Nevada’s governor has signed an emergency order barring the use of anti-malaria drugs for someone who has the coronavirus. Democratic Gov. Steve Sisolak’s order Tuesday restricting chloroquine and hydroxychloroquine comes after President Donald Trump touted the medication as a treatment for the virus...
https://theconservativetreehouse.com/2020/03/24/nevada-governor-signs-emergency-order-banning-prescriptions-of-hydroxychloroquine-for-treatment-of-coronavirus/
.
In Historic 6-3 Decision, Liberal Switches
Sides – Supreme Court Rules States Can
Shut Down ‘Insanity Defense’ 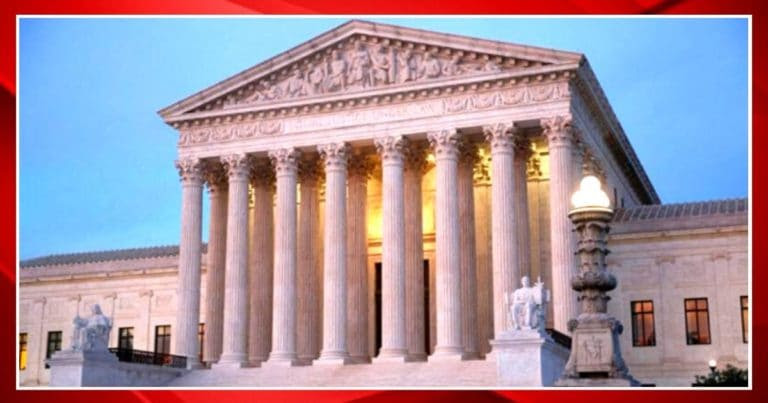 By Adam Casalino
{ patriotjournal.org } ~ The country is focused on other issues right now, but the Supreme Court just made a landmark decision... All in the name of freedom.The court was hearing a crucial case that could decide how states handle certain criminal defenses. In the past, states were forced to follow guidelines handed to them by the federal government. What’s amazing about this ruling is, it wasn’t even a “party-line” vote. The Supreme Court on Monday ruled against a Kansas man who argued his constitutional rights were violated when the state refused to allow him to bring an insanity defense. In a 6-3 opinion, the Court said an insanity defense that considers whether a defendant can distinguish between right and wrong is not constitutionally required.  In a 6-3 ruling, the Supreme Court decided that states have the right to reject the insanity plea in criminal cases. Kansas, and other states, allow a defendant to plead not guilty by reason of insanity. This can give a criminal a chance to worm out of a sentence if they can convince a court or jury that did not intend to commit a crime...  https://patriotjournal.org/supreme-court-6-3-switch-sides/?utm_medium=email&utm_source=pjnewsletter
.
Democratic LA mayor: Power, water will be shut
off for nonessential businesses that refuse to
close amid coronavirus 'safer at home' order 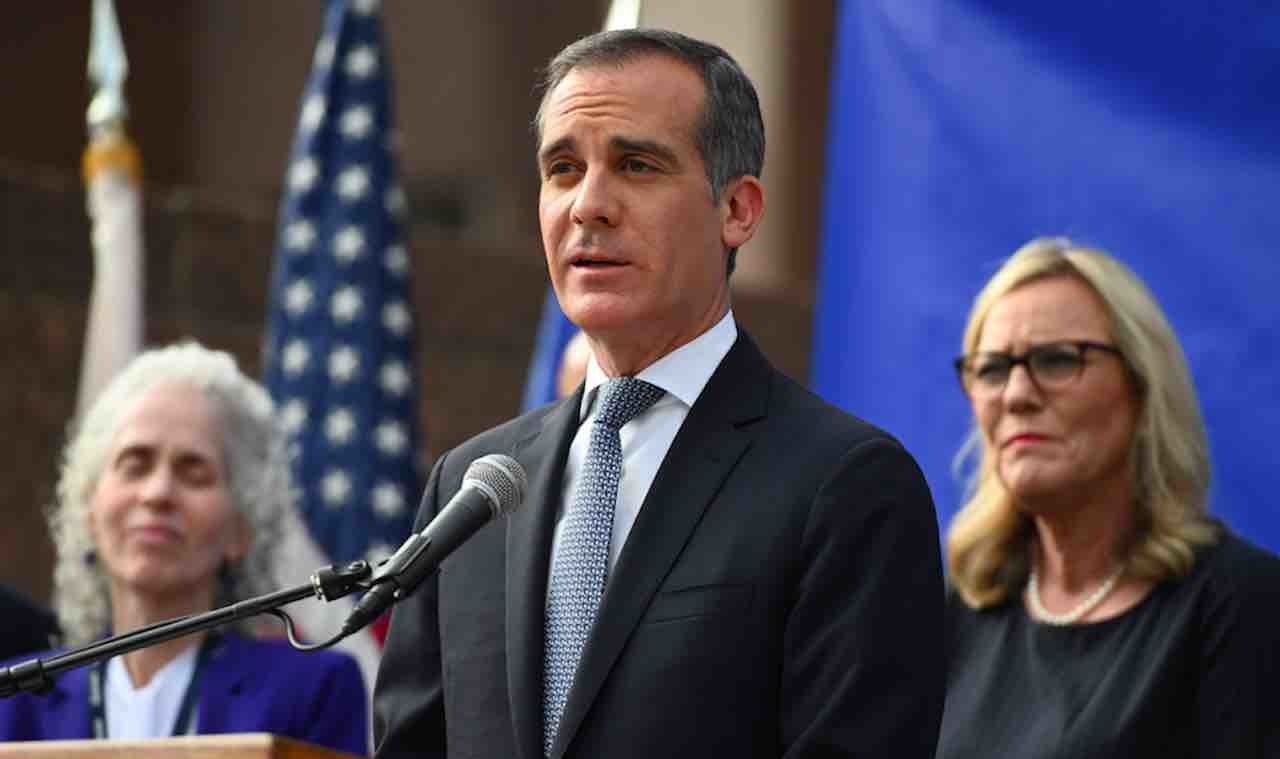 by DAVE URBANSKI
{ theblaze.com } ~ Eric Garcetti, the Democratic mayor of Los Angeles, announced Tuesday that power and water will be shut off for nonessential businesses... that refuse to close amid California's coronavirus "safer at home" order, KTLA-TV reported. "If we see continued noncompliance, they'll wind up facing misdemeanor charge, and the Department of Water and Power will step in and shut off their water and power," Garcetti remarked. "You know who you are, you need to stop it. This is your chance to step up and shut it down — because if you don't, we will shut you down."  Calling such businesses that don't voluntarily shut their doors "irresponsible and selfish," Garcetti unveiled the city's "business ambassadors program," which is designed to convince nonessential businesses to close, the station said. Garcetti said neighborhood prosecutors will implement safety measures and contact noncompliant businesses before the city flips the switches on them, KTLA said. "The easiest way to avoid a visit is to follow the rules," the mayor added, according to the station. According to the website of L.A. City Attorney Mike Feuer, neighborhood prosecutors are "local problem solvers who combat the most destructive community crimes like drug sales, prostitution, illegal dumping, graffiti, and more. By addressing such criminal activity before it mushrooms into more serious offenses, they are making our city safer and improving quality of life every day."...
https://www.theblaze.com/news/democratic-la-mayor-power-water-will-be-shut-off-for-nonessential-businesses-that-refuse-to-close?utm_source=theblaze-breaking&utm_medium=email&utm_campaign=20200325Trending-LAMayorShutDown&utm_term=TheBlaze%20Breaking%20News
.
Muslim Extremists Exploit Coronavirus to
Promote Terrorism, Hate; and Other Muslims
that Need the World's Help 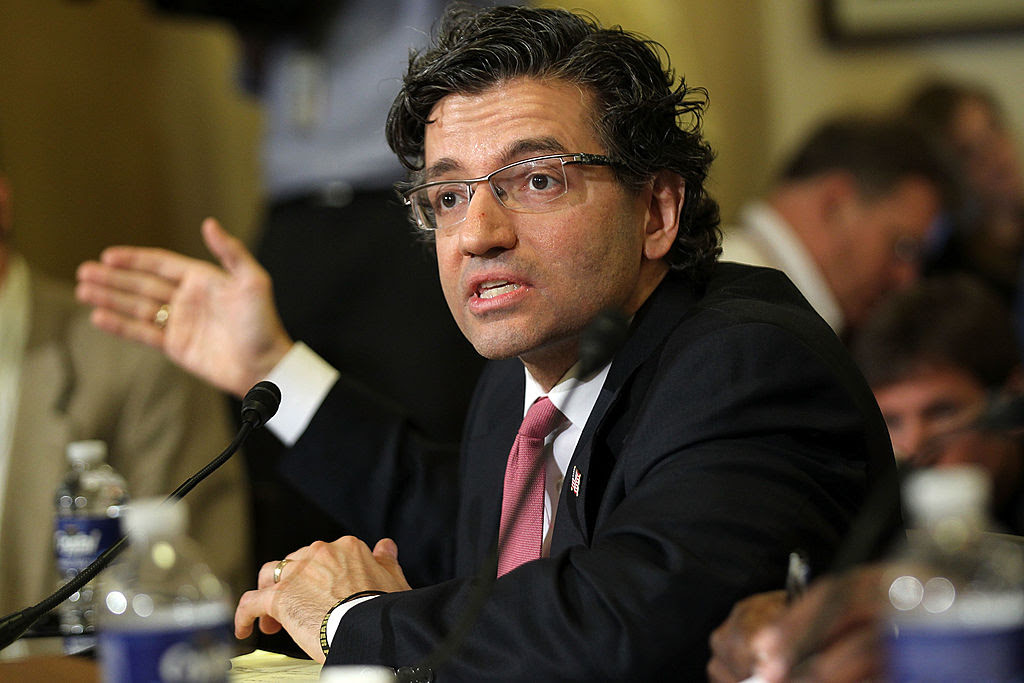 by Bassam Tawil
{ gatestoneinstitute.org } ~ As countries across the world are turning themselves inside out to prevent the spread of the coronavirus... Muslim extremists and terrorists have been expending their energy on promoting terror attacks against other Muslims as well as "infidels." These terrorists and extremists are probably praying for the "infidels" to discover a vaccine for the virus -- thus enabling them to return to their mosques and resume their calls for killing the "infidels." Many Arab and Islamic countries have banned prayers in mosques to help prevent contagion during the war on the coronavirus. As scientists and other "infidels" around the world, including Israel, are working around the clock to find a vaccine for the virus, the Muslim Brotherhood organization and some of its allies are issuing fatwas Islamic religious opinions that expose dangerous goals, a dangerous ideology, and a disregard for human life. Sheikh Aid al-Qarni, for instance, long affiliated with the Sahwah  "Awakening" branch of the Muslim Brotherhood, said -- before his detention, death sentence and public recantation in Saudi Arabia: "I pray to Allah that He will make the enemies fall into their own trap and that He will destroy the Jews and their helpers from among the Christians and the Communists, and that He will turn them into the Muslims' spoils. I praise the Jihad, the sacrifice, and the resistance against the occupiers in Iraq. We curse them all of them every night and pray that Allah will annihilate them, tear them apart, and grant us victory over them... " In another video, al-Qarni remarked, "Throats must be slit and skulls must be shattered...This is the path to victory, to shahada, and to sacrifice."...   https://www.gatestoneinstitute.org/15765/muslim-extremists-coronavirus
.
Iran refuses to release Christian prisoners
amid coronavirus outbreak while
EU sends millions in aid
by Benjamin Weinthal
{ fdd.org } ~ Iran’s theocratic rulers have temporarily released some 85,000 prisoners, including political prisoners, in an effort to prevent the spread of the Middle East’s worst coronavirus outbreak... but have refused to free many Iranian Christians jailed for practicing their faith. Article18,  an organization that promotes religious freedom in Iran, told Fox News on Monday that four Iranian Christians serving  10-year sentences in Tehran’s notorious Evin prison are among the prisons denied temporary release “even though their requests for retrials have been accepted.” “We at Article18 ask for the immediate and unconditional release of all Christians detained on spurious charges related to their faith or religious activities,” Mansour Borji, the research and advocacy director for the London-based organization, said. “This is even more urgent given the current health crisis that threatens these detained Christians and their families back home.” Borji continued: “The international community should also demand that Iran upholds its  obligations to guarantee the right to freedom of religion or belief for every citizen, regardless of their ethnic or linguistic background, including converts from other religions.” According to Article18, the four Iranian Christians being held are Yousef Nadarkhani, 42, Mohammad Reza (Yohan) Omidi, 46, and Zaman (Saheb) Fadaei, 36, and Nasser Navard Gol-Tapeh, who is 58 years old and suffers from several health issues. Iran, which has been considered the epicenter for the virus’ spread in the Middle East, has seen more than 24,811 cases and at least 1,934 deaths from COVID-19, as of Tuesday morning. International observers believe the real figures are much higher than reported by Iranian health officials. In an unprecedented move last week, Iranian authorities released some 85,000 inmates, including from Evin prison. The move comes as officials have placed unconfirmed blame that the United States is behind the global pandemic...
https://www.fdd.org/analysis/2020/03/24/iran-refuses-to-release-christian-prisoners-amid-coronavirus-outbreak-while-eu-sends-millions-in-aid/
.

.
'We Can Meet the Moment,' Trump Declares

Nate Jackson  President Donald Trump delivered powerful remarks over the weekend, as the nation continues to reel from the sudden and devastating effects of the China Virus pandemic.

“This is a challenging time for all Americans,” Trump solemnly said. “We’re enduring a great national trial, and we will prove that we can meet the moment. I want to assure the American people that we’re doing everything we can each day to confront and ultimately defeat this horrible, invisible enemy. We’re at war. In a true sense, we’re at war and we’re fighting an invisible enemy.”

But sounding a note of hope, he added, “For those of you who are feeling alone and isolated, I want you to know that we’re all joined together as one people, eternally linked by our shared national spirit. We love our country — the spirit of courage and love and patriotism. No American is alone as long as we are united, and we are united. We’re very united. People are saying things now that three weeks ago — they didn’t talk that way. We’re very united. No force is equal to the strength of a unified America, united America, an America like we have it right now.”

“For those worried and afraid,” Trump concluded, “please know as long as I am your president, you can feel confident that you have a leader who will always fight for you and I will not stop until we win. This will be a great victory, this is going to be a victory, and it’s going to be a victory that in my opinion will happen much sooner than originally expected.”

Trump unloaded: “I say that you’re a terrible reporter, that’s what I say.” He accused Alexander of “doing sensationalism,” and scolded, “You should be ashamed of yourself.”

Trump’s assessment of the Leftmedia talkingheads has been correct since day one, and particularly so in this exchange. We are fighting two warfronts — one the China Virus and the other “journalists” who ask questions as if they are part of China’s state-run media.

Veteran journalist Brit Hume likewise unloaded on Alexander. “Legitimate question my a**,” Hume wrote. “It was the kind of bullsh*t gotcha question which hack WH reporters have been asking for decades. But instead of going off on the reporter, Trump should have said the whole briefing in all its particulars was a message to people who are scared.”

Clearly, Trump decided it was wise to offer a message of hope and encouragement. His actions, too, have been measured and taking in the full counsel of advisers.

One of his recent actions includes giving the green light to Ford, General Motors, and Tesla to use their manufacturing capability to make ventilators, though he will not nationalize any business. He also declared that the federal govern  ment would fund “100%” of National Guard activation and deployment in California, New York, and Washington, all states that he says “have been hit the hardest.” Words paired with action — that’s what the American people should expect from their chief executive.   ~The Patriot Post