by Saagar Enjeti
{ dailycaller.com } ~ Reps. Darrell Issa and Matt Gaetz highlighted discrepancies between DOJ official Bruce Ohr’s Tuesday testimony before Congress... and the testimony given by Lisa Page and Glenn Simpson. Ohr appeared before the House oversight and judiciary committee’s to face questions about his role in the FBI investigation of the 2016 Trump  campaign. Ohr served as a conduit between salacious dossier author Christopher Steele and the FBI. The DOJ official’s wife also worked for the dossier commissioning firm Fusion GPS while the investigation proceeded. “In the first hour of testimony, and it’s either Bruce Ohr is lying or Glenn Simpson is lying,” Gaetz told reporters Tuesday, continuing “in another circumstance, it’s either Bruce Ohr is lying, or Lisa Page is lying.” Gaetz was supported later by Issa, who confirmed the Ohr discrepancy with Simpson’s testimony and said, “There’s also some ambiguity between Ohr and Lisa Page. We will have to go back to the loop to find out which one of them is able to change their story or face perjury.”...
https://dailycaller.com/2018/08/28/ohr-page-simpson-testimony/?utm_...
.
Whistleblower Exposes Key Player
in FBI Russia Probe: “It was all a Set-up” 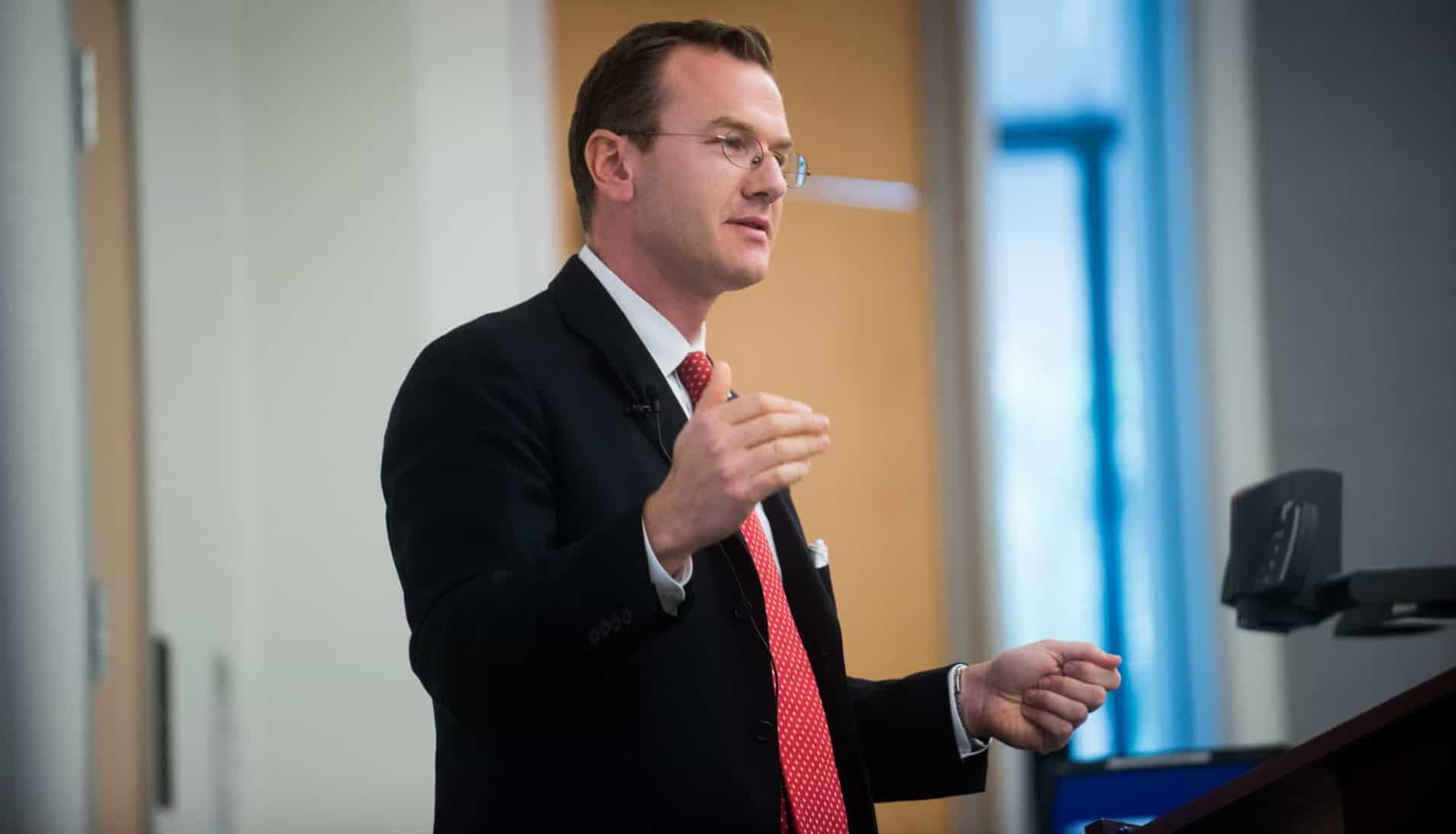 by Sara Carter
{ saraacarter.com } ~ Adam Lovinger, a former Defense Department analyst, never expected that what he stumbled on during his final months at the Pentagon... would expose an integral player in the FBI’s handling of President Donald Trump’s campaign and alleged Russia collusion. Lovinger, a whistleblower, is now battling to save his career. The Pentagon suspended his top-secret security clearance May 1, 2017, when he exposed through an internal review that Stefan Halper, who was then an emeritus Cambridge professor, had received roughly $1 million in tax-payer funded money to write Defense Department foreign policy reports, his attorney Sean Bigley said. Before Lovinger’s clearance was suspended he had taken a detail to the National Security Council as senior director for strategy. He was only there for five months before he was recalled to the Pentagon, stripped of his prestigious White House detail, and ordered to perform bureaucratic make-work in a Pentagon annex Bigley calls “the land of misfit toys.” His security clearance was eventually revoked in March 2018, despite the Pentagon “refusing to turn over a single page of its purported evidence of Lovinger’s wrongdoing,” Bigley stated. Conservative watchdog group, Judicial Watch, recently filed a federal lawsuit against the Defense Department to obtain the withheld records. Lovinger also raised concerns about Halper’s role in conducting what appeared to be diplomatic meetings with foreigners on behalf of the U.S. government because his role as contractor forbids him from doing so, according to U.S. federal law An investigation by  SaraACarter.com reveals that the documents and information Lovinger stumbled on and other documents obtained by this news site, raise troubling questions about Halper, who was believed to have worked with the CIA and part of the matrix of players in the bureau’s ‘CrossFire Hurricane’ investigation into Trump’s 2016 presidential campaign. Halper, who assisted the FBI in the Russia investigation, appears to also have significant ties to the Russian government, as well as sources connected directly to President Vladimir Putin...  https://saraacarter.com/whistleblower-exposes-key-player-in-fbi-rus...
.
‘Hell List’ Circulating DC, Dem’s Plans To Cause Chaos in Nation 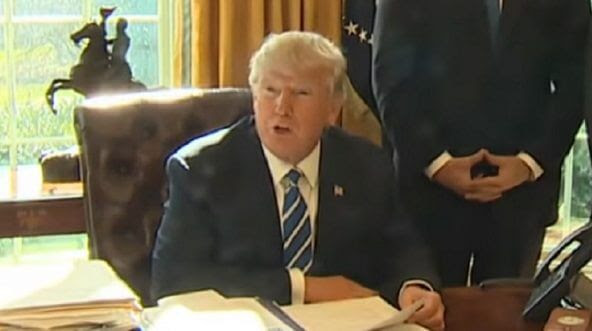 by LISA PAYNE-NAEGER
{ westernjournal.com } ~ dummycrats-Democrats with an eye on winning the midterm elections are already planning a multi-pronged assault aimed at taking down the Trump administration... with a strategy of offensive techniques that seek to create chaos. dummycrats-Democrats likely believe going on the offensive by creating so many crises they will destabilize the Trump administration. And with the aim of returing Washington to the arrogant mess it was during the Barack scumbag/liar-nObama presidency, they are loaded for bear. According to Axios, Republicans on Capitol Hill are preparing for a pitched battle with dummycrats-Democrats if the current opposition party wins the majority in November  and implements a a laundry list of crises they’re just waiting to dump on Republicans, turning “the Trump White House into a 24/7 legal defense operation.” “Axios has obtained a spreadsheet that’s circulated through Republican circles on and off Capitol Hill — including at least one leadership office — that meticulously previews the investigations dummycrats-Democrats will likely launch if they flip the House,” the website reported. That list includes: “President Trump’s tax returns; Trump family businesses — and whether they comply with the Constitution’s emoluments clause, including the Chinese trademark grant to the Trump Organization; Trump’s dealings with Russia, including the president’s preparation for his meeting with Vladimir Putin; The payment to Stephanie Clifford — a.k.a. Stormy Daniels; “scumbag-James Comey’s firing; Trump’s firing of U.S. attorneys; Trump’s proposed transgender ban for the military; Treasury Secretary Steven Mnuchin’s business dealings; White House staff’s personal email use; Cabinet secretary travel, office expenses, and other misused perks... 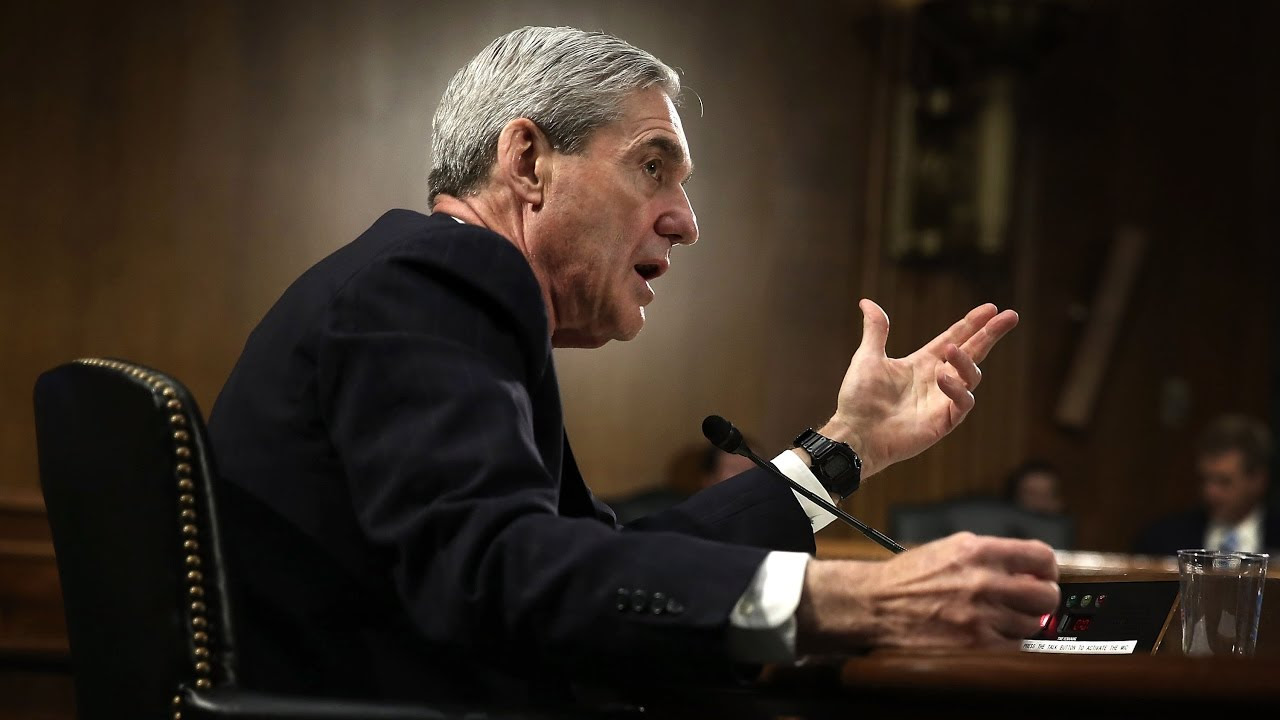 by JOSH GERSTEIN
{ politico.com } ~ A little-noticed court case stemming from the apparent murder of a Columbia University professor six decades ago could keep special counsel Robert Mueller from publishing any information about the Trump campaign and Russia... that he obtains through a Washington grand jury. The substance of the case is entirely unrelated to Mueller’s investigation into whether any of President Donald Trump’s associates aided Russia’s efforts to intervene in the 2016 election. But if a Washington appeals court set to hear the murder-related case next month sides with the Justice Department and rules that judges don’t have the freedom to release grand jury information that is usually kept secret, it could throw a monkey wrench into any plans Mueller has to issue a public report on his probe’s findings, lawyers following the issue said. And it might even keep the special counsel from sending a report to Congress, shaking dummycrats-Democrats’ hopes that such a document could provide the impetus for impeachment proceedings against the president...
https://www.politico.com/story/2018/08/27/robert-mueller-special-co...
.
Several Arizona polling places closed,
voting machines malfunctioning 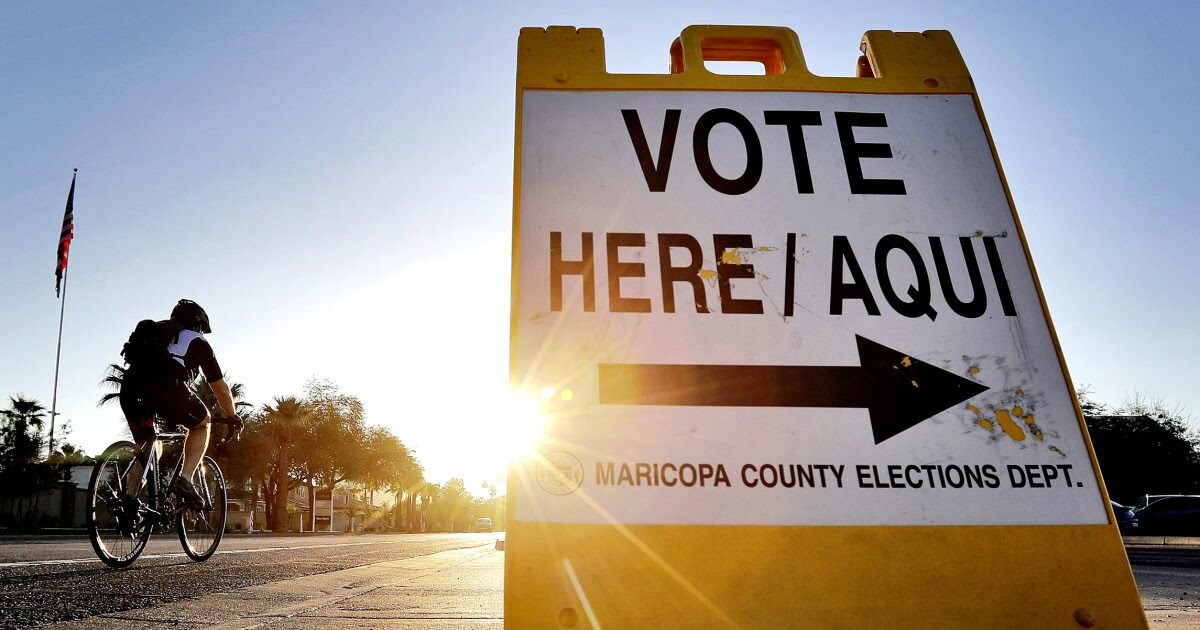 by Naomi Lim
{ washingtonexaminer.com } ~ Arizona election officials were working to fix issues with voting machines Tuesday as residents cast ballots across the state in a slew of primary elections... Local media reported Tuesday morning that a number of polling places were closed because voting machines had not been set up, while others were experiencing problems with malfunctioning equipment. Maricopa County Recorder Adrian Fontes told reporters his team was made aware of technical difficulties with some machines at about 100 polling locations Monday afternoon before working with a contractor to try to address as many problems as possible. At least four voting sites remained shut Tuesday morning hours before the polls closed. “This is not a hiccup. This is a serious concern where voters across Maricopa County couldn’t get voting,” Fontes said at a press conference, according to the Arizona Republic. The Associated Press also reported that the contractor had additionally failed to set some of their machines up on time, resulting in voting station closures...  https://www.washingtonexaminer.com/news/several-arizona-polling-pla...
.

Curb Your Judgement?
by Tom McLaughlin 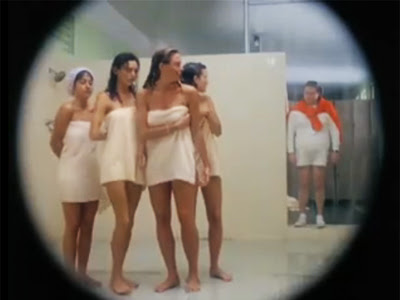 { tommclaughlin.blogspot.com } ~ Mrs. H. is a strong-willed woman who likes to stay in shape. While living here in western Maine, she fought off a man who tried to assault her sexually as she was jogging. She avoided rape but emerged bruised, battered, and traumatized, which is why she wants anonymity. She lives in Florida now where she is suing Planet Fitness for revoking her membership after she complained about a man ogling women in the locker room. She contacted me recently about the situation. 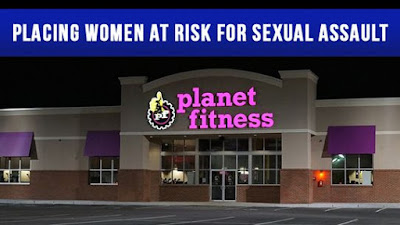 Attorney Mathew Staver describes the case: “‘Mrs. H.’ is a survivor of a violent rape attempt. On May 29, 2018, staffat the Leesburg location revoked ‘Mrs. H.’s’ membership after she was intimidated by and complained about the behavior of Jordan Rich in the women’s locker room. Rich claims to be ‘transgender,’ but is obviously a man and his behavior indicates he derives enjoyment from depriving women of privacy.”
Planet Fitness declares itself a “judgement-free zone” which has been problematic in at least two other cases. Last month, Eric Stagno was arrested in the Plaistow, New Hampshire Planet Fitness facility and charged with indecent exposure, lewdness and disorderly conduct because he was walking back and forth and doing poses on a yoga mat in the nude. The Lawrence Eagle Tribune reported: “The only statement police said Stagno made during the arrest was that he thought the gym was a ‘judgement free zone,’ apparently referencing the workout chain's slogan.”

CNN reported that Yvette Cormier of Michigan lost her Planet Fitness membership after warning other women about a man who called himself “Carlotta” in the locker room. “If you have male parts you don't need to be in the women's locker room,” said Cormier. “I don't care what you are; I don't care if you're gay lesbian, transgender or transvestite. I am uncomfortable with you as a male in my locker room, in my restroom.” Planet Fitness got support from the Michigan ACLU and the Human Rights Campaign — a national homosexual lobbying group, aswell other LGBT pressure groups. Cormier’s lawsuit was dismissed in two lower courts but then upheld by the Michigan Supreme Court last month. Jordan Rich is a man who says he’s a woman and Mrs. H. was uncomfortable changing while he watched her in a big locker room mirror two feet away. She politely asked him to leave, but he refused. When she left, he chased her into the parking lot, then called 911 as she drove off to report that she had sexually harassed him. Police responded, but evidently didn’t take Mr. Rich’s charge seriously.
Mainstream media habitually champion “transgenders” who say they feel uncomfortable in the locker rooms or bathrooms corresponding to their actual sex. Such people comprise less than 1% of the population but don’t seem to mind making others uncomfortable when they take either their clothes off in the presence of women, or watch women undress in women’s locker rooms. Yvette Cormier won her case in Michigan, but will it be appealed to federal courts? Will Eric Stagno sue the Plaistow, New Hampshire police who arrested him? Will Jordan Rich file suit against Mrs. H. for sexual harassment? Will more women file suits like these? 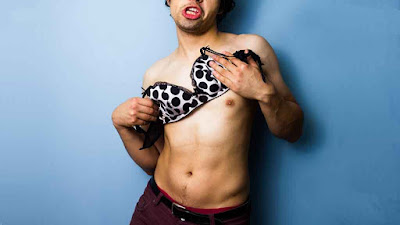 Planet Fitness is a private company and they can make any policies they want, but they should state them in their contracts so women who are joining know that men are allowed in women’s locker rooms. As stories like that of Mrs. H. and others get out there, profits may decline and they might consider changing their policies. 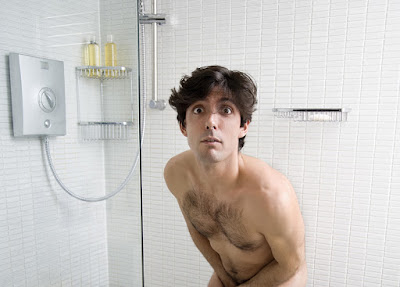 Meanwhile, government schools have been allowing girls in boys’ locker rooms — and mandating that boys and parents accept it. A group of parents filed suit in federal court against an Oregon school declaring the presence of a girl in the boys’ locker room was causing their sons “embarrassment, humiliation, anxiety, intimidation, fear, apprehension, and stress.” 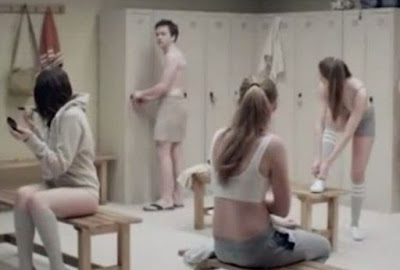 scumbag/liar-nObama-appointed Judge Marco Hernandez threw out the suite last month declaring that: “High school students do not have a fundamental privacy right to not share school restrooms, lockers, and showers with transgender students whose biological sex is different than theirs.” He said the stress the boys felt was not "comparable to the plight oftransgender students who are not allowed to use facilities consistent with their gender identity.” 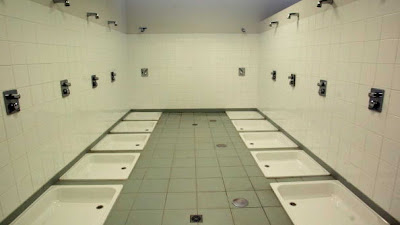 Hernandez’s ruling will stand unless it’s overturned in a federal court of appeals, and that won’t likely be quick if it happens at all. What can we expect when schools open this fall? Will boys be allowed in girls’s shower rooms? After that ruling, public schools won’t be able to stop it. It’s one thing for private entities like Planet Fitness gyms to allow it; people can go to another gym — but now the federal government can force it on public schools. 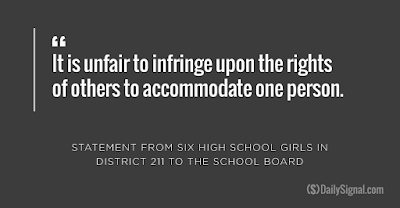 I don’t believe I have to ask Mrs. H. what she thinks of this development.

the only way to stop this madness is for the people of calif to wake up and vote them out.

WE MUST STOP THIS AND SOON