by sundance
{ theconservativetreehouse.com  } ~ Senate Minority Leader Chuck scumbag-Schumer is attempting to rescue two legally and structurally deficient articles of impeachment rushed from the Lawfare community in the House of representatives... However, in his first effort to introduce new documents and force the Trump administration to hand over new executive branch information, related to President Trump foreign policy decisions and delayed foreign aid to Ukraine, the scumbag-Schumer amendment was defeated. Senate Majority Leader Mitch McConnell moved to table the amendment, dismissing the request, and won a floor vote as all republican senators stayed united 53-47. It is anticipated that scumbag-Schumer will next move for another amendment making the same request for new State Department documents the House committees did not seek. The primary reason Chuck scumbag-Schumer has to make this ridiculous effort for more evidence, is how the House never established their ability to enforce subpoenas via “Judicial Enforcement Authority”. The failure of a full House vote to authorize the House Judiciary Committee to pursue evidence -via enforceable subpoenas- was a defect by design of liar-Nancy Pelosi’s decision to initiate an impeachment inquiry by her decree, not an authorizing vote...
https://theconservativetreehouse.com/2020/01/21/update-first-schumer-rules-amendment-defeated-house-managers-attempt-to-rectify-inherent-impeachment-flaws/
.
U.S. Army Purchases Israeli
Spike NLOS Missiles

by Ari Lieberman
{cms.frontpagemag.com } ~ The United States Army announced that it will purchase the Israeli Spike Non-Line-Of-Sight missile (NLOS) for its fleet of AH-64 Apache attack helicopters... and possibly for its MQ-9 Reaper unmanned aerial platforms as an interim solution for a missile with greater standoff capabilities. Built by Raphael Advanced Defense Systems, the Spike NLOS has a range of 25 kilometers, which is more than double than that of the American Hellfire missile. The missile, which features an advanced tandem warhead design is capable of penetrating reactive armor as well as the latest variants of composite armor. The "Non-Line-Of-Sight" is a reference to the Spike’s “over the horizon" capabilities, which enables the missile to engage an enemy target through indirect, standoff positions. This feature, along with the Spike’s range makes the pilot much less vulnerable to air defense systems, including anti-aircraft missiles and anti-aircraft artillery. The Spike NLOS can be guided via a laser designator or real-time wireless data link. The operator can also abort the mission after launch or change targets. This is an important feature that enables the operator to limit collateral damage should civilians suddenly appear or alternatively, to direct the missile toward a more valuable or dangerous target. The dynamic and fluid nature of the modern battlefield makes this feature invaluable. The Hellfire does not have this capability. Israel produces a wide variety of Spike missiles with different ranges for different combat situations. Some variants are light-weight and can be shoulder fired while other variants are heavier and can be launched from combat ships and areal platforms. Variants of Israel’s Spike are in service with 31 militaries worldwide but there is no better advertisement for the Spike than getting the U.S. Army’s imprimatur. The genesis of the pairing of the Spike NLOS to the AH-64 Apache began in the summer of 2014 during Operation Protective Edge. Hamas and Islamic Jihad terrorists were firing hundreds of rockets at Israel and trying to infiltrate Israel through a network tunnels originating from Gaza. Islamic terrorists fired their rockets from hospitals and UNRWA schools to shield themselves from retaliatory strikes. In so doing, Hamas and Islamic Jihad committed double war crimes...
https://cms.frontpagemag.com/fpm/2020/01/us-army-purchases-israeli-spike-nlos-missiles-ari-lieberman
.
scumbag/liar-Adam Schiff stood in front of the cameras and had this insane
impeachment meltdown

by renewedright.com ~ scumbag/liar-Adam Schiff is leading the Democrat House Managers into the Senate to try the impeachment case. On day one, things are not going well for the Democrats... And scumbag/liar-Adam Schiff stood in front of the cameras and had this insane impeachment meltdown. Republicans have stood united behind Senate Majority Leader Mitch McConnell’s plan to follow the scumbag/liar-Clinton impeachment model and hold any discussion of witnesses until after 24 hours of opening arguments and a period of 16 hours for Senators to ask questions. Democrats admitted their case is paper thin because they continually demand new witnesses. Standing in front of the TV cameras, scumbag/liar-Adam Schiff moved the goal posts on impeachment by claiming not only is their case airtight and Trump is guilty, but that a failure by Republicans in the Senate to allow Democrats to conduct a fishing expedition by calling an endless parade of new witnesses also means President Trump is guilty. “If the Senate and the Senate leadership . . . will not allow the calling of witnesses or the presentation of documents. If Senate Majority Leader Mitch McConnell makes this the first impeachment trial in history without witnesses or documents, it will not prove the president innocent. It will merely prove the Senate guilty of working with the president to obstruct the truth from coming out. So I do think that by structuring the trial this way, it furthers our case that what’s going on here really is a cover-up of evidence to the American people,” scumbag/liar-Schiff stated. scumbag/liar-Adam Schiff and the Democrats know they are going to lose and lose badly on impeachment. A bipartisan majority will vote to exonerate President Trump of their sham articles of impeachment. So scumbag/liar-Schiff is already pre-spinning the defeat to set the Democrats up in a scenario where they can claim any outcome as a victory and also claim Donald Trump wasn’t exonerated.  https://renewedright.com/adam-schiff-stood-in-front-of-the-cameras-and-had-this-insane-impeachment-meltdown/
.
Dershowitz straightens out GAO
on Trump and that Ukraine money 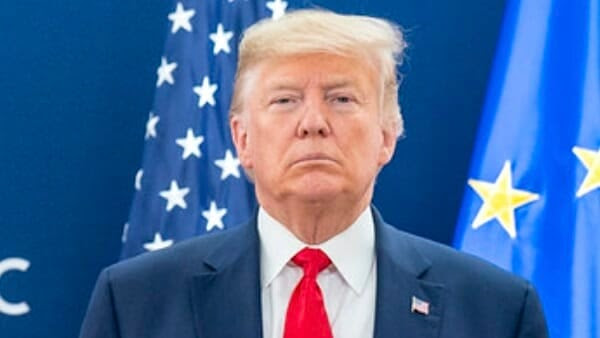 by Raymond Ibrahim
{ cms.frontpagemag.com } ~ In his recent defense of the Islamic doctrine of taqiyya, Usama Hasan, of the UK think tank Quilliam, made the following admission... It is true that hardened islamist terrorists, such as the Al-Qaeda & ISIS supporter Usman Khan who murdered two people at Fishmongers’ Hall after pretending to have been “rehabilitated”, do misuse the principle of taqiyyah in order to further their cause. However, the charge that all Muslims are generally religiously obligated to lie, and do so routinely, is both dangerous and untrue. While this may be true, it is also inevitable. After all, how is the infidel to know which Muslim is and isn’t “misusing the principle of taqiyyah”?  Moreover, why should the burden of proof be on the non-Muslim—who stands to and often does suffer and even gets killed from ignoring the role of deceit in Islam—and not on the Muslim, whose religion allows deception in the first place? This is particularly so since more than a few “hardened islamist terrorists” are convinced that their creed allows them to dissimulate to their heart’s content—so long as doing so can be seen as helping further the cause of Islam. In this, as in virtually all things Islamic, Muslims have their prophet’s example—two that are especially poignant—to turn to. First is the assassination of Ka‘b ibn Ashraf (d. 624), an elderly Jew. Because he dared mock Muhammad, the latter exclaimed, “Who will kill this man who has hurt Allah and his messenger?” A young Muslim named Ibn Maslama volunteered on condition that to get close enough to Ka‘b to murder him, he needed permission to lie to the Jew. Allah’s messenger agreed. So Ibn Maslama traveled to Ka‘b and began to complain about Muhammad until his disaffection became so convincing that Ka‘b eventually dropped his guard and befriended him. After behaving as his friend for some time, Ibn Maslama eventually appeared with another Muslim, also pretending to have apostatized.  Then, while a trusting Ka‘b’s guard was done, they attacked and slaughtered him, bringing his head to Muhammad to the usual triumphant cries of “Allahu Akbar!”...   https://cms.frontpagemag.com/fpm/2020/01/muslim-deceit-and-burden-proof-raymond-ibrahim
.
First case of China-linked coronavirus
reported in US, federal officials say 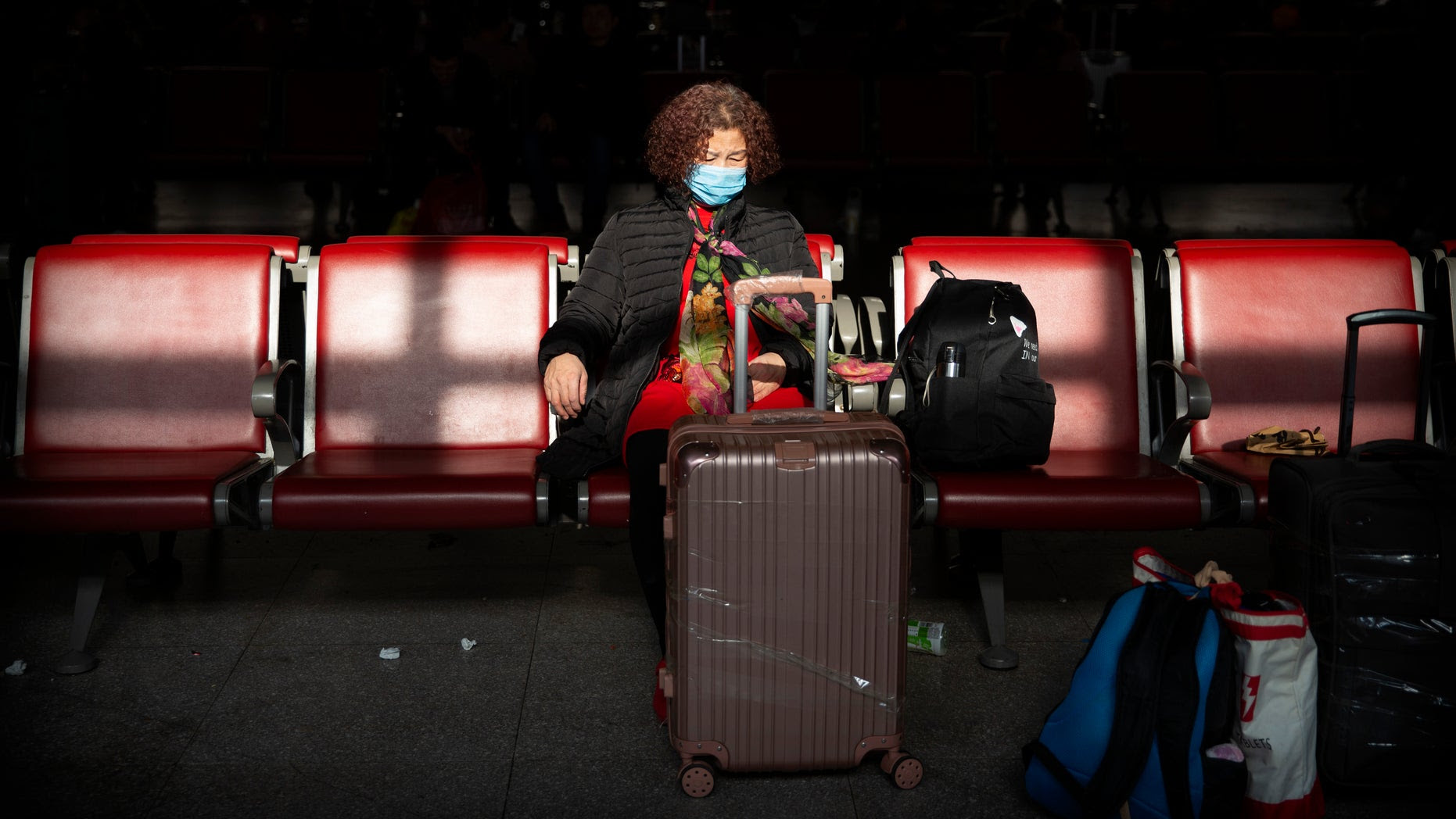 By Madeline Farber
{ foxnews.com } ~ At least one person in the United States is infected with the mysterious pneumonia-like virus that’s killed at least six people and sickened some 300 others... since the illness was first reported in the Chinese city of Wuhan. The case of the new coronavirus was confirmed in a man in Seattle, Washington. The man arrived in the U.S. last week before officials with the Centers for Disease Control and Prevention (CDC) and the U.S. Customs and Border Protection (CBP) announced “enhanced health screenings” for airline passengers arriving from or traveling through the Wuhan province. San Francisco International Airport, John F. Kennedy International Airport and Los Angeles International Airport all began the initiative on Jan. 17. The patient, who was not identified, is a resident of the U.S. and is in stable condition, CDC officials said during a Tuesday news  conference. The patient is isolated at the hospital he is being treated at and poses "very little risk" to medical staff and the public, officials said. The man was reportedly aware of the outbreak affecting Wuhan before falling ill and proactively reached out to state health officials when he began experiencing symptoms, which have been reported to include fever, cough, and shortness of breath. The patient did not arrive on a direct flight from Wuhan, meaning people on more than one flight may have been exposed to the illness, which officials this week confirmed is transmissible between humans. Officials are now working to determine who may be at risk, Dr. Scott Lindquist, the Washington State epidemiologist for communicable diseases, said during the news conference. Confirmation of human-to-human transmission has sparked fears that a person infected with the virus and experiencing the most severe stage of infection could be a super-spreader —  someone who transmits the virus to a considerable more amount of people than the average infected person, the South China Morning Post reported. Coronavirus can cause a range of illnesses, from the common cold to Severe Acute Respiratory Syndrome (SARS) — the latter of which also began in China and infected some 8,000 people during a 2002-2003 outbreak. At least 770 died after it spread to other cities and countries across the world. At the time, international travel in combination with a few super-spreaders facilitated the massive outbreak, according to one report. The current coronavirus outbreak has now affected five countries including the U.S. In addition to China, officials in Thailand, South Korea, and Japan have also reported cases, according to the CDC.
https://www.foxnews.com/health/first-case-coronavirus-us-seattle
VIDEO: https://video.foxnews.com/v/6125053816001#sp=show-clips
.

Thomas Gallatin:  On Friday, the U.S. Supreme Court agreed to hear cases that hold significant implications for the Electoral College and states’ rights. During the 2016 presidential election, four Electoral College electors, one from Colorado and three from Washington, cast votes for candidates who did not win their state’s popular vote. In Colorado, the elector cast a vote for John Kasich instead of scumbag/liar-Hillary Clinton, and in Washington, three electors cast their votes for Colin Powell rather than scumbag/liar-Clinton. Both the states of Colorado and Washington are among approximately 30 states that require Electoral College electors to cast their votes in concurrence with their respective state’s popular vote.

The question that SCOTUS will answer is whether state requirements mandating that electors cast their vote with a state’s popular vote is constitutional. The ramifications of the Court’s ruling could derail the Left’s effort to  circumvent the Electoral College via the National Popular Vote Interstate Compact (NPVIC), the effort by several blue states to throw their electoral votes to the winner of the national popular vote regardless of the state’s popular vote. Ironically, 13 of the 16 states that have thus far joined the NPVIC movement have laws requiring EC electors to vote for their respective state’s popular-vote winner.

SCOTUS will likely hear the cases in April with a ruling expected in June, so this should be decided well before the 2020 election.