by Patrick Goodenough
{cnsnews.com} ~ The administration plans to “build tent cities” to accommodate any of the Central American “caravan” migrants who arrive at the border and seek asylum... President Trump said Monday. Speaking to Fox News’ Laura Ingraham on a day when the Pentagon announced that more than 5,000 active duty troops are being deployed to support U.S. Customs and Border Protection to “harden” the southwest border, Trump repeated his position that the columns of migrants heading through Mexico in a bid to reach the U.S. would not be allowed to bypass legal procedures. “If they want to come into the country, you have to apply, like other people,” Trump said. “This caravan is not— they’re wasting their time.” Unlike the previously-implemented “catch and release” policy, he said, “we’re catching, we’re not releasing.’ Asked by Ingraham about those who might want to apply for asylum in the U.S., Trump said “we’re going to hold them until such time as their trial takes place.” “Where?” asked Ingraham. “We have the facilities?”...
https://www.cnsnews.com/news/article/patrick-goodenough/trump-were-going-build-tent-cities-house-caravan-migrants-who-apply?mkt_tok=eyJpIjoiWkRNeE9EWmlZMkkyTm1OaiIsInQiOiJIWkFFQ3JDTE8rS1FSMW1scmp3M24yMktKQTY2YmF2WDB4cktNa2tlajYwXC8rQXhOZXI4bVZGbHZRVTVHTWFQcUR6WXhoNmt4dHNYZSs5MVloczBSUjErdzRXVG5YMlIrT3JYVW5NemdvclhSN3Y4WWFGSWVuQ1BSS1V6YnRcLzN0In0%3D
.
Nunes Goes Scorched Earth On The DOJ For
What They’re Doing To Trump Right NOW! 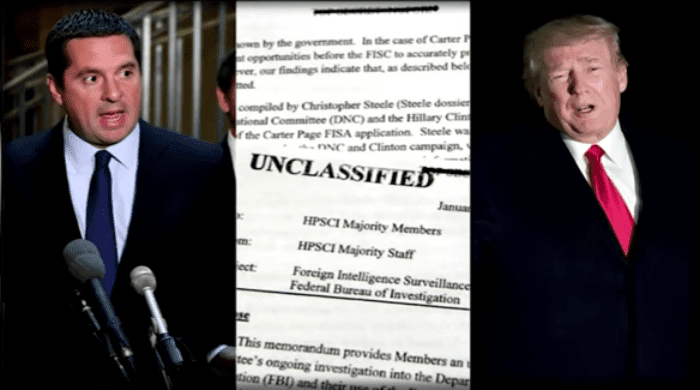 by DAPHNE MOON
{redrightvideos.com} ~ On Monday, September 17, 2018, President Trump ordered the Office of the Director of National Intelligence (ODNI) and the Justice Department to declassify and release several key documents... related to the FBI investigation and spying on the Trump Campaign during the 2016 election. On Wednesday night House Intelligence Committee Chairman Rep. Devin Nunes (R-CA) told Sean Hannity the deep state is already slow-walking the declassification of the president’s request. Nunes told Hannity on Fox News that, “It’s quite clear, Sean,” Nunes agreed. “I don’t understand why this hasn’t been declassified yet.” Nunes said critics of the move are voicing the “same story over and over again,” falsely claiming national security concerns. “They’re either covering up for their agency or they are involved,” he said. “We have to continue to get this message out to the American people who have been force-fed this Russian Kool-Aid for two years,” Nunes added...
https://redrightvideos.com/nunes-goes-scorched-earth-on-the-doj-for-what-theyre-doing-to-trump-right-now/?utm_source=RRV%20newsletter&utm_medium=email&utm_content=subscriber_id:253196&utm_campaign=Another%20Democrat%20Caught%20On%20Cam%20Destroying%20GOP%20Campaign%20Signs
VIDEO:  https://www.youtube.com/watch?time_continue=235&v=CNnOnzjK9z8
.
Hoenlein to 'Post': $1 billion needed to
secure U.S. Jewish institutions 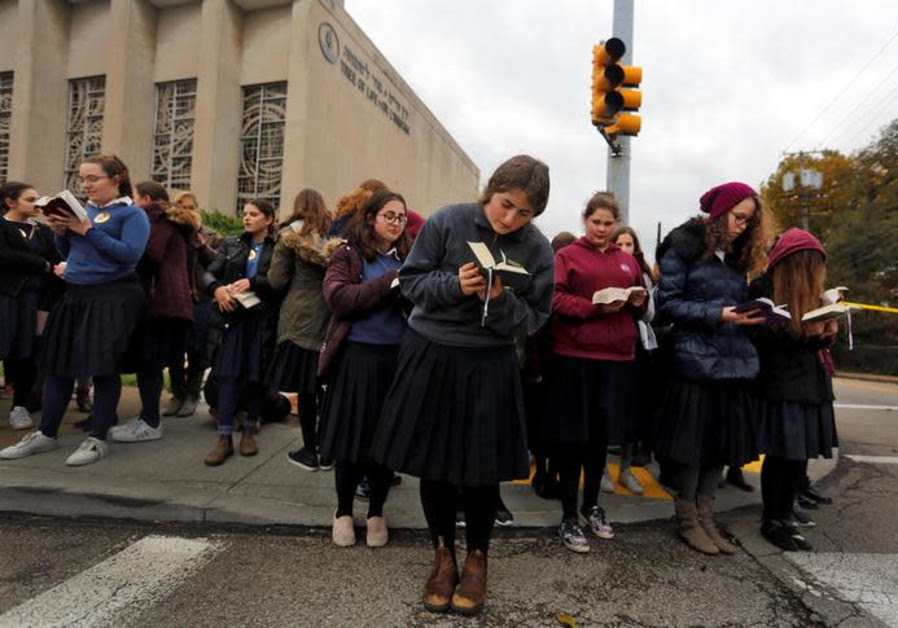 by JEREMY SHARON
{jpost.com} ~ Malcolm Hoenlein, executive vice president of the Conference of Presidents of Major American Jewish Organizations... said that adequately securing all Jewish institutions in the US, including synagogues and schools, could cost hundreds of millions of dollars and even as much as one billion dollars. He mentioned that there are hundreds of small Jewish communities around the country where the burden of security costs would be “very taxing.” Hoenlein said that the situation was currently “better than it was,” and noted that many communities work well with local police departments. He pointed in particular to cooperation with the LA and NY police departments, which he described as “remarkably sensitive and cooperative with the community.” The Security Community Network organization, established by the conference, and the Jewish Federations of North America work closely with any community requesting security advice and assistance, and provide local federations with security training, Hoenlein said. However, he said, prioritizing security requirements is often neglected shortly after incidents like the Pittsburgh attack. “After an incident, people are very concerned for about a week, and then when the budget comes up security gets short shrift,” said Hoenlein. He said that during a meeting scheduled Tuesday for heads of major US Jewish organizations and Bennett, leaders would discuss what practical steps can be taken to improve security at Jewish institutions. He added that they need to take into account “what can be done internally by the Jewish community, and what we should be looking for from law enforcement and from others.”...
https://www.jpost.com/Israel-News/Emergency-govt-panel-including-Mossad-to-convene-after-Pittsburgh-attack-570609?utm_source=newsletter&utm_campaign=19-2-2018&utm_content=emergency-govt-panel-including-mossad-to-convene-after-pittsburgh-attack-570609
.
Heather Nauert a ‘leading contender’ to replace
Haley as UN ambassador, sources say 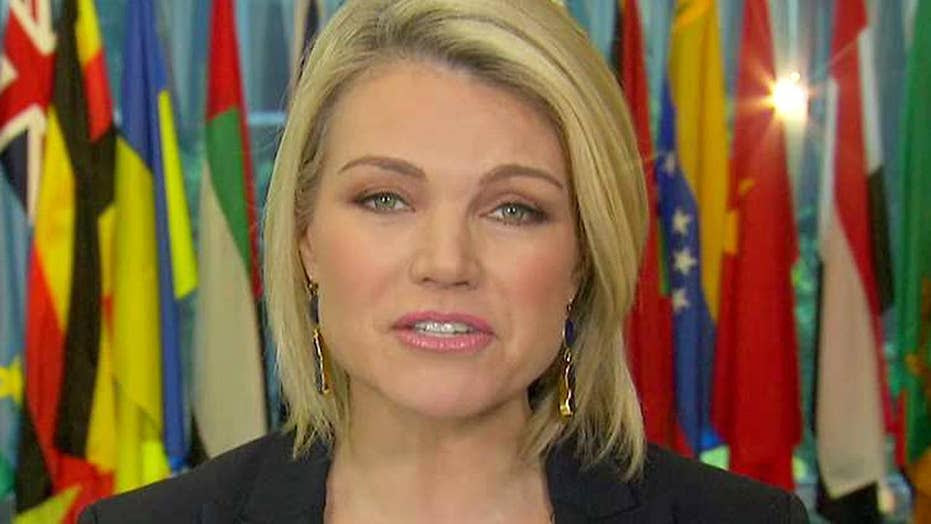 by Samuel Chamberlain
{foxnews.com} ~ State Department spokesperson Heather Nauert is a "leading contender" to replace Nikki Haley as U.S. Ambassador to the United Nations... two sources familiar with the selection process told Fox News on Monday. Nauert met with President Trump in the Oval Office earlier Monday, though it is not known if they discussed the position. Several other officials have been named as potential candidates, including U.S. Ambassador to France Jamie McCourt. Haley, the former governor of South Carolina, surprised many observers earlier this month when she announced she would leave the post of U.N. envoy by the end of this year. She had been considered an effective advocate for U.S. interests at the world body, as well as an independent force in the Trump administration. Nauert, a former Fox News host, was named State Department spokesperson in April 2017. Earlier this year, she also was named acting undersecretary for public diplomacy and public affairs after the dismissal of Steve Goldstein from that post. On Oct. 20, Trump told The Associated Press after a Nevada campaign rally that he was interviewing five candidates to replace Haley -- three women and two men -- and said he hoped to select someone "very quickly." When asked if he would prefer to have a woman in the job, he said "Yes," later adding: "I think I might prefer that, but we'll see."
https://www.foxnews.com/politics/heather-nauert-seen-as-leading-candidate-to-replace-haley-as-un-envoy
VIDEO:  https://video.foxnews.com/v/5783592022001/
.
When Will the US Begin to Sanction China? 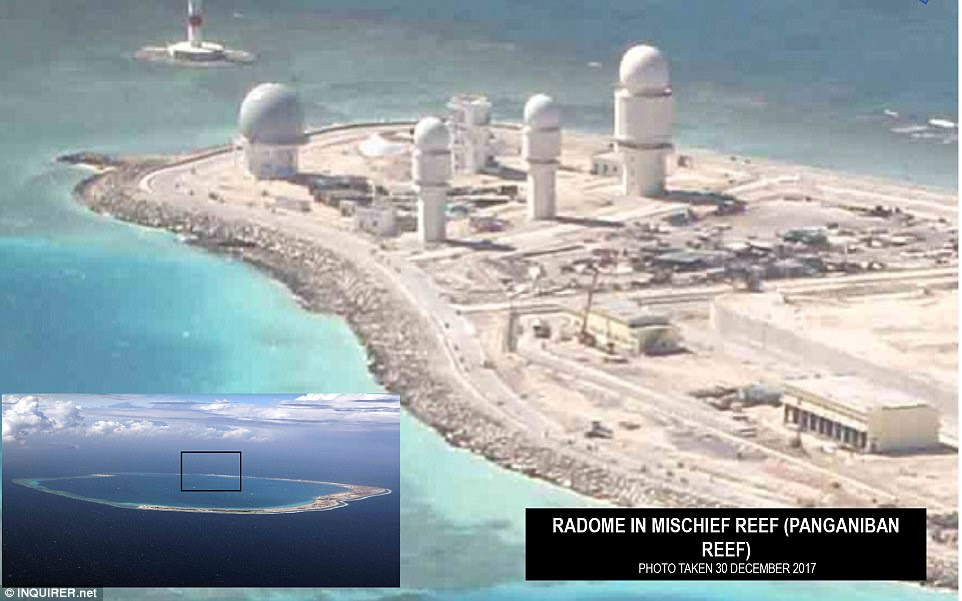 by Denise Simon
{founderscode.com} ~ The researchers, Chris Demchak of the United States Naval War College and Yuval Shavitt of the Tel Aviv University in Israel... say in their paper that state-owned China Telecom hijacked and diverted internet traffic going to or passing through the US and Canada to China on a regular basis. Tel Aviv University researchers built a route tracing system that monitors BGP announcements  and which picks up on patterns suggesting accidental or deliberate hijacks and discovered multiple attacks by China Telecom over the past few years.

In 2016, China Telecom diverted traffic between Canada and Korean government networks to its PoP in Toronto. From there, traffic was forwarded to the China Telecom PoP on the US West Coast and sent to China, and finally delivered to Korea. Normally, the traffic would take a shorter route, going between Canada, the US and directly to Korea. The traffic hijack lasted for six months, suggesting it was a deliberate attack, Demchak and Shavitt said. Demchak and Shavitt detailed other traffic hijacks, including one that saw traffic from US locations to a large Anglo-American bank’s Milan headquarters being terminated in China, and never delivered to Italy, in 2016. During 2017, traffic between Scandinavia and Japan, transiting the United States, was also captured by China Telecom, ditto data headed to a mail server operated by a large Thai financial company. China Telecom is able to divert the traffic by announcing bogus routes via the Border Gateway Protocol (BGP) that governs data flows between Autonomous Systems, the large networks operated by telcos, internet providers and corporations. After the traffic was copied by China Telecom for encyption breaking and analysis, it was delivered to the intended networks with only small delays. Demchak and Shavitt said...
https://founderscode.com/when-will-the-us-begin-to-sanction-china/
.

.
Passing It On
by Tom McLaughlin 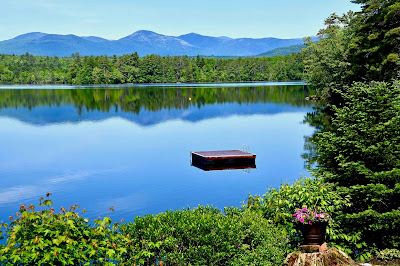 {tommclaughlin.blogspot.com} ~ In the late 19th century, Kezar Lake became a summer destination for relatively wealthy people from regions to our south. They bought the lakefront property from localfarmers, many of whom had kept it in their families for generations. The newer owners also tried to pass ownership down to their offspring but that seldom worked for long. It never really does no matter where in the world a given property is located, or who the owners are, or were. 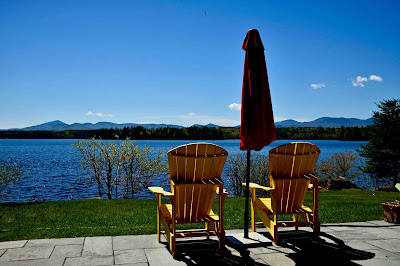 I have fond memories of the Tewksbury, Massachusetts house in which I grew up, but people entirely unknown to me occupy it now. As adults, my wife and I owned four houses and worked hard on them all. I’ve lived in our current Lovell home longest  — over thirty years, but I still feel an attachment to the ones we’ve sold because I spent many hours and days in, on, and under each of them doingrepairs and upgrades over several years of ownership. My children lived and grew in three of them. Often I dream that I’m still living in one or the other — and it seems like I actually do until I wake up. I know those dreams mean something but I’m not sure what.
Ten years ago I searched for the Donegal, Ireland farmhouse in which my great-grandfather, James McLaughlin was born. After three days of driving around and asking questions all over the Inishowen Peninsula, I found it, but it wasn’t a house anymore; it was a shed housing old, rusted tools. A more comfortable house was constructed next to it sometime in the fifties and another, still better one was built in front of that sometime in the 21st century. Back in 1922, the old farm was sold to a family named McGonigle which still owns it after nearly a century. The ten acres farmed by my great-great-grandfather “Wee John” McLaughlin were still intact and all the surrounding farmland was still owned by people named McLaughlin.
The home in which my wife’s grandfather was born was still standing in a little village called Magouliana high in the Greek Peloponnese. It was unoccupied when we visited there four years ago and owned by an unrelated family. Locals told us it had been a store for a while. My wife still had relatives named Kosiavelos living in the village though. That’s the original spelling of her maiden name before it was changed by a clerk at Ellis Island when her grandfather immigrated around 1900. 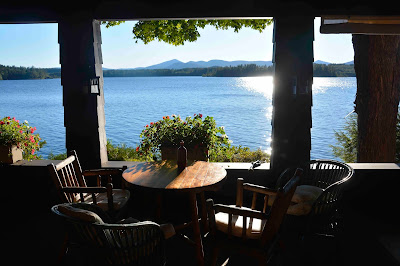 I’m responsible for a summer home on Kezar Lake designed by Portland, Maine architect John Calvin Stevensa century ago, and it hasn’t changed much since it was built. The property was purchased twenty years ago by the present owners and they’re only the third since the building went up around 1920. For that matter, I’m only the third caretaker, having taken over from the second about thirty-five years ago. I’ve done repairs in, on, and under that building too and I feel attached to it as if it were my own. 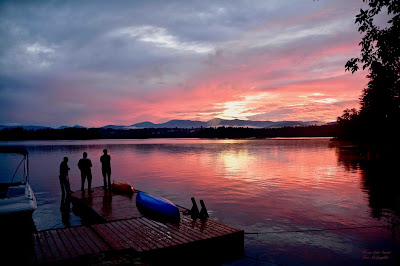 The previous owners for whom I worked had inherited wealth, but one of their offspring conspired to squander most of it, leaving little for the others to maintain the property. An adjacent parcel on Kezar Lake stayed in the same family for a century because the original owner had been a judge and tied it up in a hundred-year trust. When that dissolved, so did the property but I believe descendants still own a few lots carved out of the original holding. A new road accessing lakefront parcels bears the original family name.
We’ve all heard stories of families who fight over homes, contents, and money when parents pass on. It’s always unpleasant, way too familiar, and the only winners are attorneys hired to thrash it out. Maybe not even them — because they have to listen to selfish, conniving siblings or to the sad stories of their victims.
My wife and I have made arrangements to pass on our homes, but we attached no restrictions. We don’t expect our surviving children to live in either of them hang on to them. They can if they want to but I doubt any will. They have their own lives and their own homes to which they’ve formed attachments just as my wife and I did with ours. Each will probably take certain items of sentimental value but most of our things will likely be liquidated. People unknown to us will end up with them or they’ll simply be thrown away because one person’s treasure can become another person’s trash. 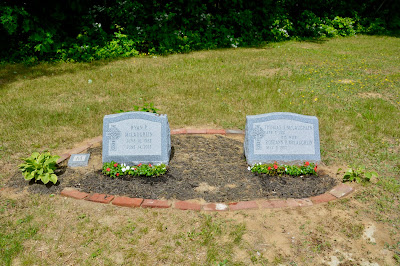 The only parcel of real estate I expect will remain ours is the cemetery plot we purchased. That waits for us to take occupancy when this phase of our lives ends.
http://tommclaughlin.blogspot.com/2018/10/passing-it-on.html
E-mail me when people leave their comments –
Follow