0
The Front Page Cover
"I pray that the eyes of your heart may be enlightened"
Featuring:
Multicultural Follies
Tom McLaughlin
"Know who you are standing with"
"Show me your friends and I'll show you your future"
~~~lll~~~
nObama's YouTubing Is Embarrassing
Since 2010, the White House has invited fawning political neophytes to converse with the president after his State of the Union address. It's another way for Barack nObama to circumvent the watchdog media and virtually kiss babies. This year, three entertainers who garnered fame on YouTube "interviewed" nObama. Instead of pitching the hardball questions, Hank Green thanked the president for nObamaCare. Bethany Mota, 19, who earned a following for dispensing fashion advice, admitted she didn't care about politics until YouTube asked her to conduct the interview. And so, nObama used her naiveté to his advantage by twisting the history of American education, saying politicians created the first colleges. Comedian GloZell Green, who pulled stunts like bathing in a bathtub of milk and Fruit Loops, probably asked the hardball question of the evening when she said former Cuban dictator Fidel Castro "puts the d--- in dictatorship." The interviews were embarrassing -- even for nObama, as he was hugging himself at one point. "He's got a good sense of humor -- that's a political asset," media analyst Howard Kurtz said. "But it just seemed beneath the dignity of the office to be hanging out with some of these YouTubers." But the one who is really beneath nObama's dignity, the White House made clear, is Israeli Prime Minister Benjamin Netanyahu. More...  -The Patriot Post 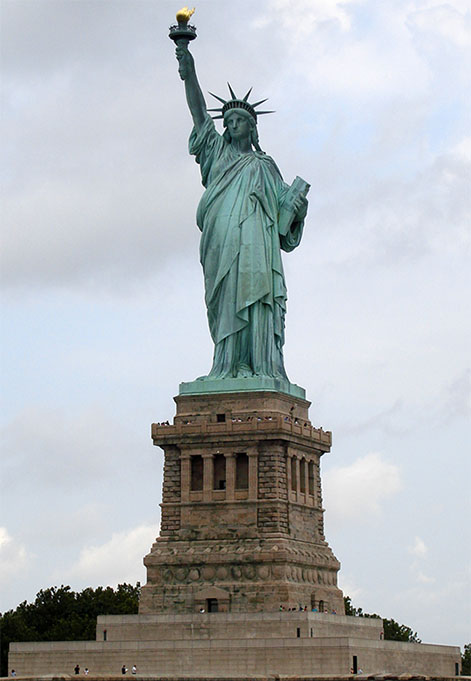 nObama Flips on Gov't Funds Used for Abortion
On the anniversary of Roe v. Wade, Barack nObama called abortion a "core constitutional right" and threatened to veto a bill Congress has passed every year banning the use of federal funds for abortions. The statement read, "I am deeply committed to protecting this core constitutional right, and I believe that efforts like H.R. 7, the bill the House considered today, would intrude on women's reproductive freedom and access to health care and unnecessarily restrict the private insurance choices that consumers have today." It didn't used to be this way. "And one more misunderstanding I want to clear up," nObama told Congress in 2009, "under our plan [nObamaCare], no federal dollars will be used to fund abortions, and federal conscience laws will remain in place." We're shocked that nObama lied. He not only supports abortion in any and all circumstances but he wants you to pay for it. More... -The Patriot Post

Saudi King Dead, Iran Advances
"King Abdullah of Saudi Arabia, who came to the throne in old age and earned a reputation as a cautious reformer even as the Arab Spring revolts toppled heads of state and Islamic State militants threatened the Muslim establishment that he represented, died on Friday," reports The New York Times. "Toppled heads" is an interesting choice of words, given the Saudis' regular use of beheading. Still, the U.S. and Saudi Arabia have long been allies, in large part because of oil. The Wall Street Journal reports that even with the ascension of Crown Prince Salman, "[T]he kingdom is likely to continue to pump crude in the face of a global glut, which has helped push prices down by more than 55% since last June." Saudi Arabia is also an important regional counterweight to both al-Qaida and Iran. And as we now see in Yemen, those are getting harder to come by. In fact, Salman assumes the throne at a time when his nation is surrounded by Iran's proxies -- Syria, Lebanon, and increasingly Iraq and Yemen.  -The Patriot Post

SOTU Rebuttal: Climate Change Scheme 'Wealth Redistribution'
In his rebuttal of Barack nObama's State of the Union address, Sen. James Inhofe (R-OK) said the president's plans to save the earth from climate change by enacting massive regulation are nothing but "a wealth redistribution scheme." Inhofe argued that even if nObama could enact his policies, they would not do enough to change the globe's climate. "Why the pain for no gain?" He continued, "The President's agenda will cost our economy $479-billion dollars; we will experience a double-digit electricity price increase; and tens of thousands of Americans will lose access to well-paying jobs over the course of the next decade." Inhofe surprised the Left by co-sponsoring an amendment saying climate change is happening. Unlike the Left, however, Inhofe realizes that if climate change can in any way be mitigated, we will need a strong economy to do so. More...  -The Patriot Post

Envirofascists Deploy 1,700 Jets to Switzerland
The 45th World Economic Forum kicked off this week in beautiful Switzerland, where organizers will hash out policy agendas, among them how to address the global effects of climate change. With that glorious goal in mind, one would hope that attendees would at least set a good example by burning as little fossil fuel as possible. After all, writes Brendan Bordelon at National Review, "Climate scientists view air travel as the most costly per-person contributor to carbon emissions, with some estimates saying it accounts for 5 percent of 'warming.'" Except "green" travel isn't what they did at all. According to reports, envirofascists needed roughly 1,700 airplanes to transport over 2,500 ticket-holders at $40,000 a pop. And just how does WEF plan on neutralizing such a heavy carbon footprint? So far, the answer to that is ... crickets. The enviro-elite are quick to lecture us peons about the importance of ridding the world of fossil fuels. That is, as long as it doesn't cramp their luxurious lifestyle. More...  -The Patriot Post

The eBook, nObama Nation II: Judgment Day, is a critical review of nObama's presidency and the predictions Jerome Corsi made in his 2008 bestseller, The nObama Nation: Leftist Politics and the Cult of Personality, that stayed on the New York Times bestseller list for a month in the run-up to the 2008 presidential election.

Dr. Corsi's goal in writing nObama Nation II is to restore America to the limited government of checks-and-balances its Founding Fathers intended to create in the Constitutional Republic Americans were bequeathed. It is the authors hope that, in rejecting the nObama presidency as an exercise in unconstitutional government, Americans will reject once and for all the imperial presidency that grew in power through the 20th century to the heights we see today.

The eBook is available exclusively on nObamaNation2.com

Jerome R. Corsi, Ph.D., is coauthor of Unfit for Command and author of The nObama Nation, both #1 New York Times bestsellers. Since 2004, Dr. Corsi has written six New York Times bestsellers on subjects including presidential politics, the economy, and Iran. He has appeared on Fox News, Fox Business, and MSNBC, as well as in hundreds of Radio interviews. Dr. Corsi received his Ph.D. from the Department of Government at Harvard University in 1972, and is a senior staff reporter with WND.com.