.
Who's to Blame for the GOP's Health Care Debacle?

.
“Incidental” Trump Data Mining Had
To Be “Accidentally On Purpose”

by Rick Wells
{rickwells.us} ~ Lt Col Tony Shaffer marks the passing of two weeks since the Saturday morning tweets by President Trump stating his belief that the liar-nObama regime had wiretapped his communications... Shaffer cleans up what has transpired in that period of time and what we now know. Shaffer says, “We know now that the basic fundamental idea and claim is true. Something happened and we have to understand that when Mr. Trump tweet ‘wiretapping,’ it wasn’t two pair of cable being tapped in, it’s ‘data,’ phone numbers, data; and Trump Tower, I think is euphemistic like the whole campaign.” Shaffer continues, “So what we know now is there was some level of collection, not relating to the ‘Russia investigation’ or Russia issue,’ that has now come forward. And I think what we’re seeing now here, frankly, is a work of walking the razor’s edge. We have to be careful about giving up what we call tools, techniques and technology of how things were collected. At the same time, we know now that even if this collection was done legally, the unmasking of names and the dissemination are probably felony-level crimes, that break not only protocol but break the law.”...  http://rickwells.us/lt-col-shaffer-incidental-trump-data-mining-acc...
VIDEO:  https://www.youtube.com/watch?v=Y0mzQjL_e3c
.
How Many Arab Land Claims Are Real?

by israeltoday.co.il
{israeltoday.co.il} ~ A new housing project planned in the town of Efrat south of Jerusalem overcame the last major hurdle recently, when Arab claims to the land were exposed as false... The claim made by an Arab resident of the nearby village of Al-Khader delayed construction of the housing project by more than a year, blocking all work on the neighborhood, which is planned to include 50 homes. According to an Israel Radio report, a court proved that the Arab claimant had no basis of ownership, and that the claim on the land was entirely false... http://www.israeltoday.co.il/NewsItem/tabid/178/nid/31354/Default.aspx
.
Dept. of Justice will cut off and
'claw back' funding for sanctuary cities

by Sarah Westwood
{washingtonexaminer.com} ~ Attorney General Jeff Sessions announced Monday that the Trump administration would cut off all funding to sanctuary cities and work to "claw back" funds from jurisdictions that choose to ignore federal immigration requirements... "Failure to deport aliens who are convicted of criminal offenses puts whole communities at risk," Sessions said during a rare appearance in the White House briefing room. "The vast majority of the American people support this common sense requirement." Sessions said cities that knowingly refuse to detain undocumented immigrants who are "known felons under federal detainer requests" will face consequences from the Department of Justice moving forward...  http://www.http://www.washingtonexaminer.com/jeff-sessions-justice-department-.../jeff-sessions-justice-department-will-cut-off-and-claw-back-funding-for-sanctuary-cities/article/2618553?utm_campaign=Washington%20Examiner:%20Breaking%20News&utm_source=Washington%20Examiner:%20Breaking%20News%20-%2003/27/17&utm_medium=email
.
liar-nObama's FBI 'wanted us dead' 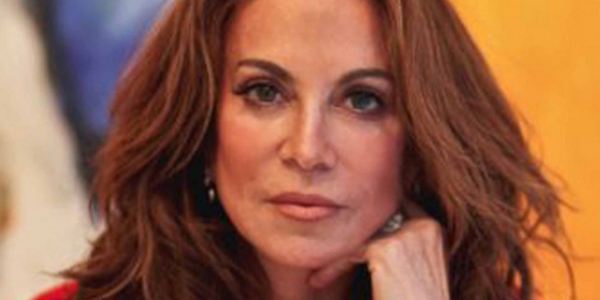 by Bob Unruh
{wnd.com} ~ Pamela Geller, a free-speech activist and harsh critic of Islamic supremacism, has charged that the FBI, under Barack liar-nObama, likely wanted her dead... Geller, the author of “Stop the Islamization of America,” said in a radio interview that she based her assessment on a new report that the FBI apparently knew of the planned terrorist attack on the conference she held in Garland, Texas, in 2015, but it did nothing to stop it. “This is egregious. I submit to you the FBI, under the liar-nObama administration, wanted us dead,” she said on WABC New York’s “Bernie and Sid Show.” “I want to know why there was not an FBI SWAT team there. I want to know why there was no one there, to repel this attack. It is shocking.”...  http://www.wnd.com/2017/03/pamela-geller-obamas-fbi-wanted-us-dead/
.
U.S. Leads Nations In Boycott Of U.N.

by Alicia
{patriottribune.com} ~ The United States joined around three dozen other nations in boycotting a conference at the U.N. on a treaty to ban nuclear weapons... Other nations boycotting the five-day talks included Russia, China, Great Britain, France, South Korea and Albania. U.N. Ambassador Nikki Haley warns about the threat of nuclear weapons. “But in this day and time, we can’t honestly say that we can protect our people by allowing the bad actors to have them and those of us that are good trying to keep peace and safety not to have them.”  http://patriottribune.com/46405/u-s-leads-nations-boycott-u-n/
VIDEO:  https://www.youtube.com/watch?v=sd2YaHIj2Y8
.

by Rick Wells
{rickwells.us} ~ John Dickerson interviewed Rep Trey Gowdy (R-SC) on Sunday, starting off with a question regarding the House Intelligence Committee, of which he is a member. He asked if Chairman Devin Nunes has “shown you any of what caused him to suggest that liar-nObama officials doing surveillance captured some Trump campaign associates and then unmasked them in the process of investigating?” Gowdy says he’s hasn’t had it shown to him, that he’s vaguely familiar with it, no more or less so than Adam Schiff.

Gowdy says, “I’ll just tell you this, Chairman Nunes briefed the Commander-in-Chief on matters unrelated to the Russia investigations, so if that’s a big deal in Washington then we’ve sunk to a new low.” Dickerson tries again, saying, “Well, I guess Congressman Schiff would say that the President is the one that’s a part of this investigation being done by the Committee so that the Chairman shouldn’t be talking to him.”

Dickerson moves on to the next Democrat goal, stripping the authority of Nunes, who is apparently getting too close to the truth for their comfort, and replacing it with a predetermined outcome commission modeled after the Warren or 9/11 Commissions – an elaborate cover up.

Dickerson asks, “So if this is an issue outside of the one that they’re investigating at the moment, in the committee and the one that you’re investigating, should it then be taken out of this investigation? Have a separate investigation on both what Chairman Nunes has discovered this week and then also one that you’re quite concerned about, which is the leaks that have been in the paper, some of them potentially illegal. Get that out of this question of Russia, to keep things from getting mixed the way they appear to have.”

Gowdy responds, “Well, they are separate and I heard my friend from California mention an independent commission, thank goodness we have one, it’s call the FBI. The FBI has counterintelligence jurisdiction and they have criminal jurisdiction. And what we learned on Monday and it’s about the only thing we learned on Monday, was that the FBI is investigating both.”

He says, “They are the world’s premier law enforcement agency, they are independent, you have women and men at the Department of Justice who have dedicated  their careers to the blind pursuit of justice, it doesn’t get any more independent than that. So we have an independent entity investigating counterintelligence and allegations of potential criminality, let Congress do its job, which is to provide oversight over the intelligence community.”

Dickerson asks as to the pace and results of the investigation into the masking component and being able to make a judgment as to the propriety of what took place. Gowdy says it’s just another reason to get Director Comey and Admiral Rogers back for hearings, this time behind closed doors on Tuesday, saying “it’s incredibly important.” He notes that Schiff is right that incidental collection of data does occur but says he wishes that those on the left would be “a little more outraged” about “the political use of that unmasking.” He also shares his frustration with the inherent shortcomings of attempting to conduct serious and discrete inquiries in a public setting.
VIDEO:  https://www.youtube.com/watch?v=6HjGtEwlg04
http://rickwells.us/gowdy-wrong-intel-committee-chairman-briefing-c...