.
Bruce Ohr: FBI Knew About Bias
Before Getting a FISA On Carter Page 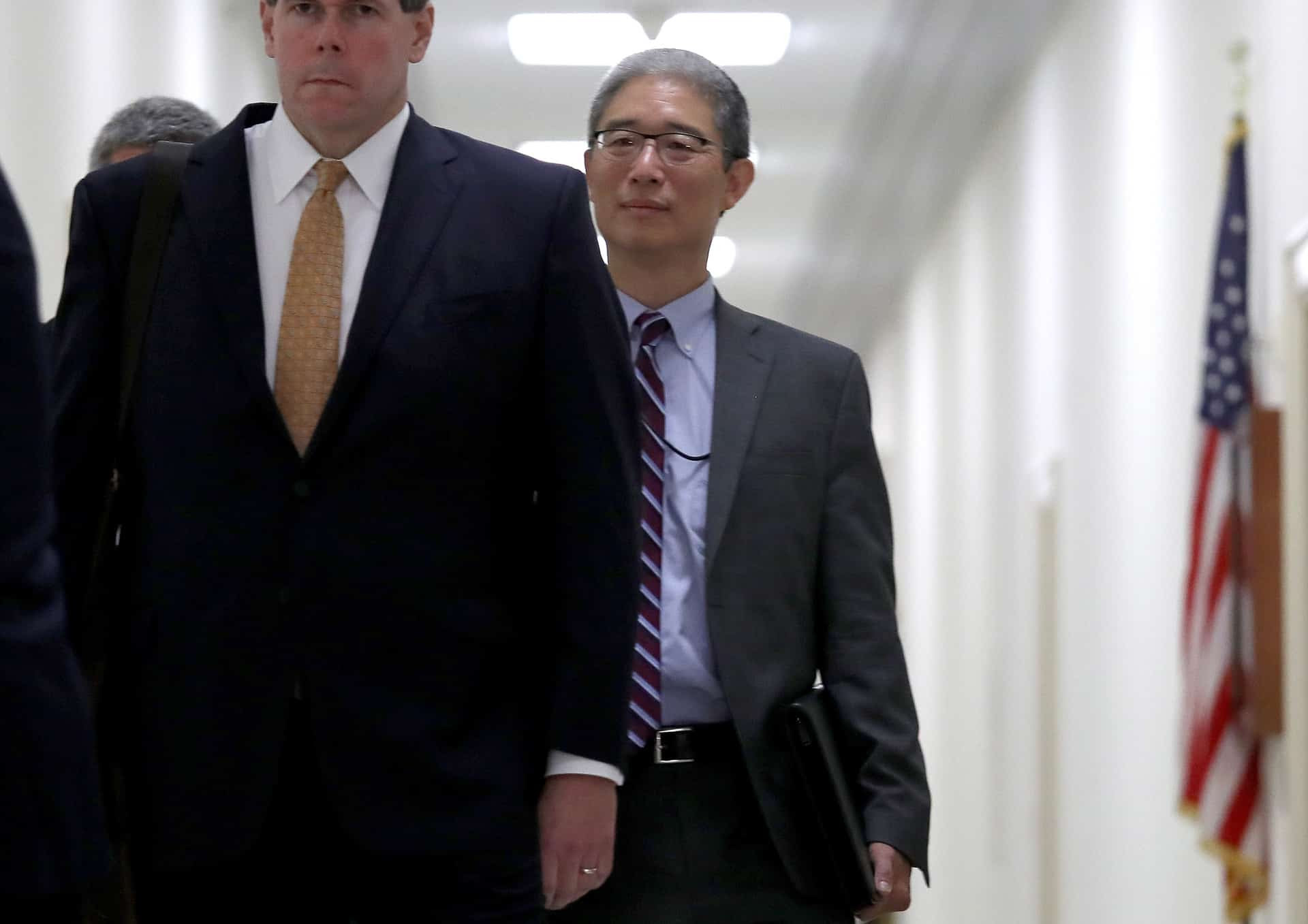 by Sara Carter
{ saraacarter.com } ~ Senior Justice Department official, Bruce Ohr testified Tuesday that prior to obtaining the Foreign Intelligence Surveillance Act (FISA) warrant on short-term Trump campaign volunteer, Carter Page... the FBI was aware that former British spy and anti-Trump dossier author, Christopher Steele was biased against then-candidate Trump. He also stated that the FBI knew that his wife, Nellie Ohr was working for Fusion GPS, the now-embattled research firm which was hired by the liar-Hillary Clinton campaign and the dummycrats-DNC to compile the dossier with Steele. This, according to Congressional sources with direct knowledge of Ohr’s closed-door deposition. Ohr stated during his hours-long testimony that the FBI failed to disclose this pertinent information to the nation’s secret Foreign Intelligence Surveillance Court (FISC) when it sought an application to spy on Page. The FBI also failed to disclose that when it sought the application, it was using senior Justice Department official, Bruce Ohr as a cut-out for a source the bureau had terminated. Ohr had also communicated with senior members of the FBI, including former Deputy Director Andrew McCabe, FBI attorney Lisa Page, and former FBI Special Agent Peter Strzok, at the bureau but stated that his superiors at the Justice Department were not aware that he was being used as a source for the FBI’s investigation into the Trump campaign, according to sources who spoke to SaraACarter.com. “When it comes to the dossier, the hours of testimony from Bruce Ohr only further confirm how wrong the FBI operated,” Rep. Jim Jordan (R-OH) told this news outlet. Jordan would not give details on the testimony but stated that Ohr’s deposition was a necessary part of the investigation and getting to the truth...
https://saraacarter.com/bruce-ohr-fbi-knew-about-bias-before-getting-a-fisa-on-carter-page/
.
Ted Cruz Is in the Crosshairs of the Liberals

by Apolo Villalobos
{ americanthinker.com } ~ It is ironic that one of the very, very few Republican politicians in Congress who is not a total imbecile – even his opponents concede he has a razor-sharp mind – may actually lose his seat to a rabid liberal... thereby turning the red state of Texas blue.  Ted Cruz is very much like Donald Trump in that he is an outsider and deeply disliked by the Establishment Republicans and is receiving scant support from them, since they evidently prefer to see a liberal take his place rather than see him re-elected just as they preferred to see liar-Hillary win over Trump. The transgender-looking RINO from South Carolina, Lindsey Graham, famously bragged, "If you killed Ted Cruz on the floor of the Senate, and the trial was in the Senate, nobody would convict you." Graham despises Donald Trump as much. However, Graham has lately pretended to support Trump as the latter's popularity grows and his policies have resulted in prosperity, though it is obvious that it pains him to do so.  Perhaps the hatred of both liberals and the Republican Establishment began when the Hispanic senator gave his famous filibuster against scumbag/liar-nObamacare, especially when he called them out for voting for scumbag/liar-nObamacare – something the Republicans who voted for it wish you would forget which you probably have; some conservatives have the attention span of a mosquito.  Remember, it was Ted Cruz who said, "It is amazing that the wisdom of the chattering class to the Republicans is always, always, always 'surrender your principles and agree with the dummycrats-Democrats.'"...
https://www.americanthinker.com/articles/2018/08/ted_cruz_is_in_the_crosshairs_of_the_liberals.html
.
Nikki Haley calls for examination on Palestinian right of return 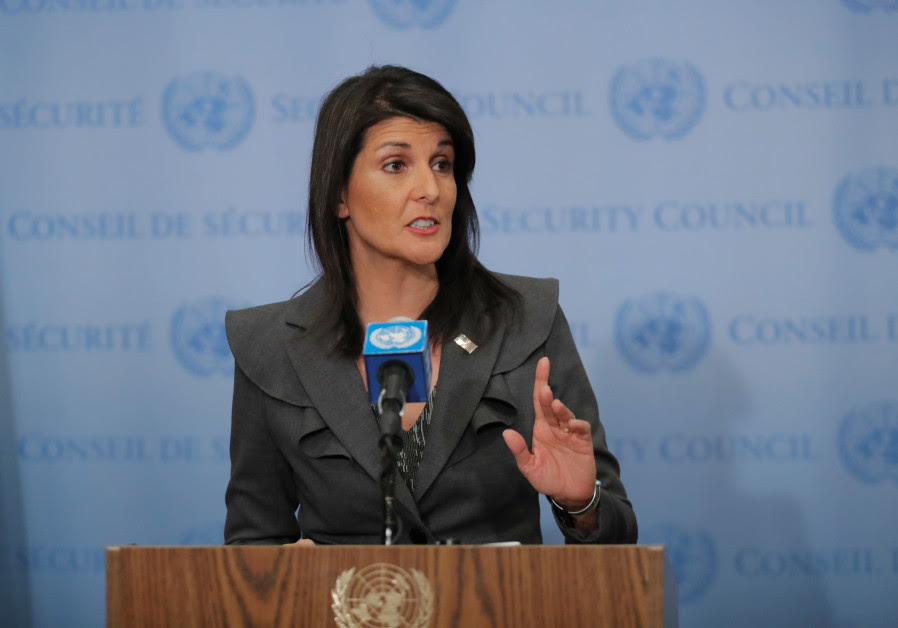 by MICHAEL WILNER
{ jpost.com } ~ US President Donald Trump’s ambassador to the United Nations questioned on Tuesday the credibility of Palestinian claims to a “right of return” to lands in modern-day Israel... touching on one of the most sensitive topics in the Israeli-Palestinian conflict. Accepting an honor at the Foundation for Defense of Democracies,  Nikki Haley was repeatedly asked by Clifford May, the organization’s president, to comment on reports that the administration will soon target the United Nations Relief and Works Agency, a body which treats the descendants of refugees from 1940s Mandate Palestine as refugees themselves, by cutting the rest of its funding to the body and challenging its qualifications for refugee status. The Trump administration has already cut much of its funding to UNRWA, and Haley’s response suggests a complete cut is in the offing. “You’re looking at the fact that, yes, there’s an endless number of refugees that continue to get assistance,” she said. But she said the issue was “bigger” than that. “The Palestinians continue to bash America,” she said, while “they have their hand out wanting UNRWA money.” “UNRWA can stay there, and we can be a donor if they reform,” Haley continued, declining to endorse a proposal to wrap UNRWA – a refugee body devoted exclusively to the Palestinian cause – into the United Nations High Commissioner for Refugees, or UNHCR. “We will look back at partnering them.” She called on specific countries – Saudi Arabia, the United Arab Emirates and Kuwait, among others – to contribute to UNRWA, noting that the US remains its primary benefactor...
https://www.jpost.com/Arab-Israeli-Conflict/We-have-to-look-at-right-of-return-Haley-says-566020?utm_source=newsletter&utm_campaign=20-2-2018&utm_content=we-have-to-look-at-right-of-return-haley-says-566020
.
White House Counsel Don McGahn to leave
job after Kavanaugh confirmation vote, Trump says 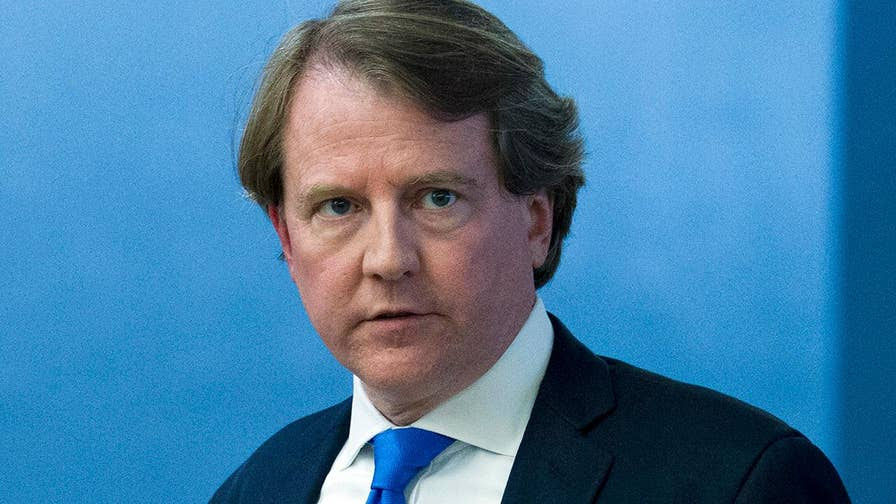 by Alex Pappas
{ foxnews.com } ~ White House Counsel Don McGahn plans to leave the Trump administration after the upcoming confirmation vote for Supreme Court nominee Brett Kavanaugh... President Trump said Wednesday. “White House Counsel Don McGahn will be leaving his position in the fall, shortly after the confirmation hopefully of Judge Brett Kavanaugh to the United States Supreme Court,” Trump tweeted. “I have worked with Don for a long time and truly appreciate his service!” McGahn’s departure had been expected. Fox News reported earlier this summer that McGahn had expressed a desire to leave the White House, and he could be replaced by former George W. Bush aide Emmet Flood. But the announcement caught at least one senior Republican by surprise. Senate Judiciary Committee Chairman Chuck Grassley urged Trump to keep his White House counsel on board.  "I hope it’s not true McGahn is leaving White House Counsel. U can’t let that happen," Grassley, R-Iowa, tweeted...
http://www.foxnews.com/politics/2018/08/29/trump-says-white-house-counsel-don-mcgahn-to-leave-position-after-kavanaugh-confirmation.html
VIDEO:  https://fxn.ws/2BYFdsT #FoxNews
.
Why CNN is standing by a
Michael Cohen story that his lawyer calls false 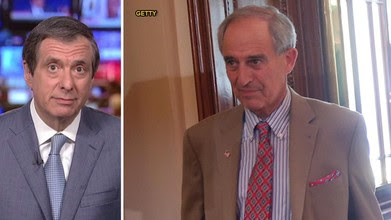 by Howard Kurtz
{ foxnews.com } ~ Lanny Davis, who has been engaged in high-stakes crisis management and political lawyering for decades, says he made a mistake... CNN, which relied on Davis at least in part for a story he now says is false, won't say it made a mistake. And the contretemps contains a revealing look at the sausage-making of investigative reporting and the sometimes murky dance between reporters and their unnamed sources. Davis, who I've found to be a straight shooter over a quarter century dating back to the liar-Clinton scandals, told me in a telephone interview yesterday that he had made an error and regrets it. "I should not be talking to reporters on background about something I'm not certain about," Davis told me, describing his interactions with CNN reporters. "The combination of big stakes and a big mistake is a bad moment for me. If I had a redo in life, I wouldn't have said anything about the subject." After initially saying nothing, here is the sum total of CNN's comment: "We stand by our story, and are confident in our reporting of it." A CNN report yesterday said that Davis kept changing his story in his dealings with the network...
http://www.foxnews.com/politics/2018/08/29/why-cnn-is-standing-by-michael-cohen-story-that-his-lawyer-calls-false.html
VIDEO:  http://video.foxnews.com/v/5827968119001/
.

by Nate Jackson:  We’re shocked — shocked — to note that the Leftmedia hyperventilation about the epidemic of school shootings is based on false information. Some might call it “fake news.”

Don’t take our word for it. After the U.S. Education Department released figures this spring indicating that “nearly 240 schools … reported at least 1 incident involving a school-related shooting” in the 2015-2016 school year, National Public Radio spent three months painstakingly trying to corroborate that report. NPR “reached out to every one of those schools repeatedly over the course of three months and found that more than two-thirds of these reported incidents never happened.” In fact, NPR confirmed just 11 incidents, while 161 schools reported no such incident. Many school leaders “had little idea of how shootings got recorded for their schools.”
Granted, 240 schools represent just 0.2% of the nation’s 96,000 schools, and the incorrect data was due to simple human error in self-reporting by those schools, but such reporting is consequential when it comes to public policy. NRP explains:
This confusion comes at a time when the need for clear data on schoolviolence has never been more pressing. Students around the country are heading back to school  this month under a cloud of fear stemming from the most recent mass shootings in Parkland, Florida, and Santa Fe, Texas.
At least 53 new school safety laws were passed in states in 2018. Districts are spending millions of dollars to “harden” schools with new security measures and equipment. A blue-ribbon federal school safety commission led by Education Secretary Betsy DeVos is holding public events around the country, including one in Alabama Tuesday. Children are spending class time on active-shooter drills and their parents are buying bulletproof backpacks.
Back in February, we noted another study debunking the idea of an epidemic of school shootings. In fact, there are one-quarter as many school-shooting deaths now as in the early 1990s.
None of this is to minimize a single death at the hands of either a willful murderer or an accidental trigger-puller. Nor is it a reason to ignore behavioral red flags as officials did in Parkland or to ease up on school security. But when students are being used as pawns in a larger and strategic push for gun control, these numbers matter. And the Education Department’s numbers were roughly triple the already wildly exaggerated statistics of the anti-Second Amendment group Every town for Gun Safety. Kudos to NPR for doing real journalism to correct the record.