by Emily Ward
{cnsnews.com} ~ On his nationally syndicated radio show on Monday, MarkLevin said “shame” on the American media... for “politicizing this mass murder of American Jews.” “The media are politicizing this mass murder of American Jews by this sub-human cockroach in Pittsburgh,” said Mark Levin. “Shame on them! Shame on them. Just when you think the media have reached the low point, they go lower.” Levin’s remarks came after members of the media blamed President Donald Trump for the Oct. 27 mass shooting at the Tree of Life synagogue in Pittsburgh, Pennsylvania that left 11 people dead. Members of the liberal media also used Monday’s White House press briefing to “falsely assert to Press Secretary Sarah Huckabee Sanders that they’re not blaming the President and/or his supporters for the mail bomber or the Pittsburgh synagogue shooter when they’ve been doing just that,” reported NewsBusters...
https://www.cnsnews.com/blog/emily-ward/mark-levin-shame-media-politicizing-mass-murder-american-jews
VOICE VIDEO:  https://www.mrctv.org/videos/mark-levin-shame-media-politicizing-mass-murder-american-jews
.
dirty cop-Mueller Investigation Looking At This Key Issue

by Chuck Ross
{dailycaller.com} ~ Special counsel dirty cop-Robert Mueller’s interest in Roger Stone is “pretty much fixed” on finding out whether the former Trump associate... cooperated with Wikileaks founder Julian Assange, says one witness in the investigation. Jason Sullivan, a former social media adviser for Stone, told The Wall Street Journal that dirty cop-Mueller’s team has contacted his attorneys in recent days asking questions about Stone’s “cooperation with Julian Assange.” “That’s the main thing,” said Sullivan. “They’re pretty much fixed on him.” Sullivan, who testified to a federal grand jury on June 1, told The Journal that the special counsel contacted his lawyers within the past few days with additional questions about Stone’s possible links to Assange.“They keep asking me in 100 different ways, did you ever hear anything at any point?” said Sullivan. “We’ll see if they’re onto something.” Stone has for months appeared to be a focus of the dirty cop-Mueller probe. At least seven of the political operative’s associates have been called to testify to dirty cop-Mueller’s grand jury, including former Trump campaign aides Michael Caputo and Sam Nunberg...  https://dailycaller.com/2018/10/30/mueller-roger-stone-assange/
.
Birthright Citizenship: A Fundamental Misunderstanding
of the 14th Amendment 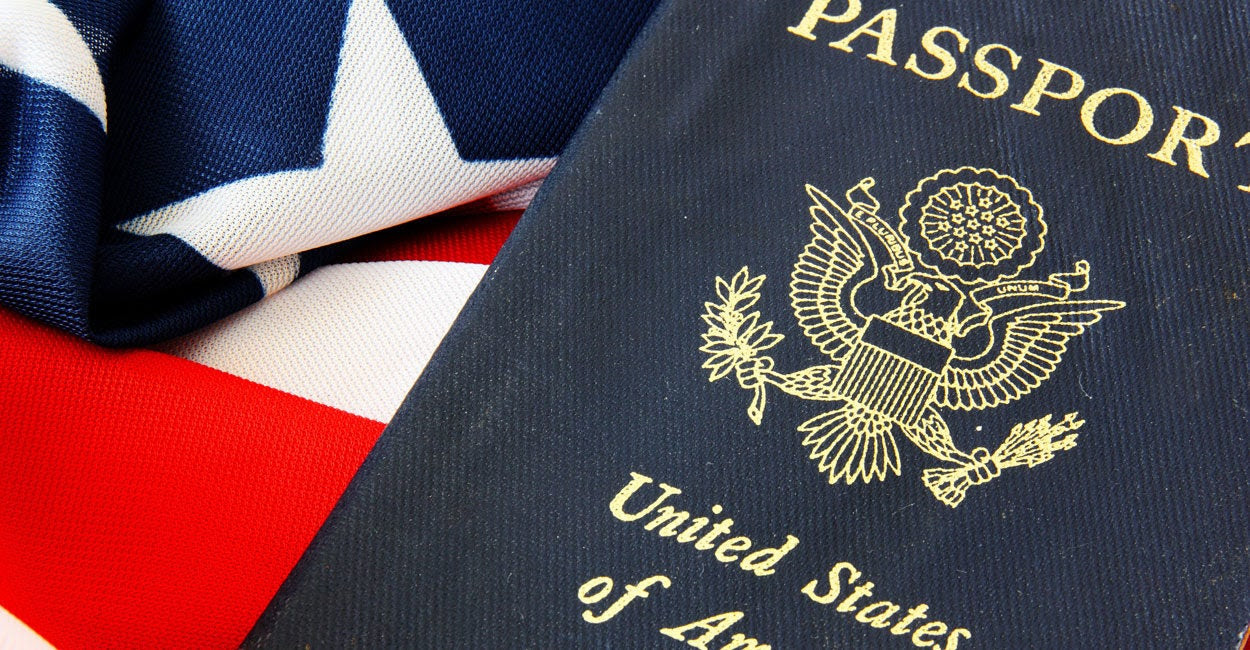 by Hans von Spakovsky
{dailysignal.com} ~ What’s the citizenship status of the children of illegal aliens? That question has spurred quite a debate over the 14th Amendment lately... with the news that several states—including Pennsylvania, Arizona, Oklahoma, Georgia, and South Carolina—may launch efforts to deny automatic citizenship to such children. Critics claim that anyone born in the United States is automatically a U.S. citizen, even if their parents are here illegally. But that ignores the text and legislative history of the 14th Amendment, which was ratified in 1868 to extend citizenship to freed slaves and their children. The 14th Amendment doesn’t say that all persons born in the U.S. are citizens. It says that “all persons born or naturalized in the United States and subject to the jurisdiction thereof” are citizens. That second, critical, conditional phrase is conveniently ignored or misinterpreted by advocates of “birthright” citizenship. Critics erroneously believe that anyone present in the United States has “subjected” himself “to the jurisdiction” of the United States, which would extend citizenship to the children of tourists, diplomats, and illegal aliens alike. But that is not what that qualifying phrase means. Its original meaning refers to the political allegiance of an individual and the jurisdiction that a foreign government has over that individual. This amendment’s language was derived from the 1866 Civil Rights Act, which provided that “[a]ll persons born in the United States, and not subject to any foreign power” would be considered citizens... https://www.dailysignal.com/2018/10/30/birthright-citizenship-a-fundamental-misunderstanding-of-the-14th-amendment/?utm_source=TDS_Email&utm_medium=email&utm_campaign=CapitolBell&mkt_tok=eyJpIjoiTWpNeU1UWTBZbVUyTWpVeSIsInQiOiJuelFpVFJqVkN2UzB3cWhqMU9yem1seDdcL2dcL0lEWm0wOVJQMjAxMVRaVWlHbGpnZ2NWMjVnMVZteVo5dkhrWWllUXBcL2RuMTJ4dStcL2ttVlVGQjJQM05TMkZQYWJtc1NHbGd6NGpMdEgyZW9iamRJa1o1NWhBTXFKaXRiXC9XTm5lIn0%3D
.
Migrant Caravan Caught Boarding Buses in Mexico
as They Get Closer to U.S. Border

by Matt
{thepoliticalinsider.com} ~ The migrant caravan was seen boarding buses in Oaxaca, one of Mexico’s southernmost states. Fox News’ Griff Jenkins was live at the scene... and caught the migrants boarding the buses. He described the drivers as volunteers and even stated it was an “organized bus operation.”  He also notes it appears that local Mexican towns are assisting in helping these migrants move north towards the United States. Jenkins indicates he counted 11 buses, but in order to move the entire caravan they would need upwards of 80 buses. Jenkins says they’re headed for a town 30 miles away though it’s unclear what town they’re headed to, as Jenkins misspeaks, before then heading to Mexico City. So, they’re not moving far, but it goes to show that Mexico isn’t providing the assistance in stopping the caravan that they’re claiming to. In addition to the progress of the main caravan, Jenkins reveals that a second and third migrant caravan have formed and are also making the trek to the United States border.  These caravans are both estimated to have over 1,000 individuals each. And why wouldn’t they give it a shot, given that virtually nothing is being done to prevent the first caravan? In response to the inaction, President Trump has threatened to cut all foreign aid to Mexico, Guatemala, El Salvador, and Honduras. Their aid was already cut in 2017...
https://thepoliticalinsider.com/migrant-caravan-buses/?utm_medium=email&utm_source=criticalimpact&utm_campaign=TPI_breaking_newsletter_10_30_2018&utm_content=4b4ea4948726422aa6473c7b9fa19141&source=CI
VIDEO 1 Oaxaca:  https://www.youtube.com/watch?v=c4CeDNGQpxk
VIDEO 2 crossing the river:  https://www.youtube.com/watch?v=hhIaQdI2dY0
.
Trump Plans to Curb Birthright Citizenship

by Charles Fain Lehman
{freebeacon.com} ~ President Donald Trump intends to issue an executive order ending automatic citizenship for the American-born children of at least some non-citizens... a move likely to spark legal challenges which could end up in front of the Supreme Court. In an interview with Axios on HBO, Trump called birthright citizenship "ridiculous," and said his lawyers have told him that a presidential executive order—not a constitutional amendment, nor an act of Congress—is all that is needed to end it. "We're the only country in the world where a person comes in, has a baby, and the baby is essentially a citizen of the United States for 85 years, with all of those benefits," Trump said. "It's ridiculous. It's ridiculous. And it has to end." In fact, the United States is one of about 30 countries that adheres to the practice called in ancient Roman law jus soli ("right of the soil," as contrasted against jus sanguinis, "right of blood"). Canada and the United States are the only two "advanced" countries to offer unrestricted birthright citizenship, while the other countries are mostly those in South and Central America. In all of these countries, simply being born on their soil is adequate to qualify a person for the benefits of citizenship. Today, countries with jus soli and notable benefits to citizenship—such as the United States—can attract so-called birth tourists, who come to the country simply to give birth and thereby accrue these benefits to their children. The immigration-restrictionist Center for Immigration Studies estimated in 2015 that as many as 36,000 people came to the United States annually to give birth.... Trump should go to the Supreme Court  first and then use his EO.
https://freebeacon.com/issues/trump-plans-curb-birthright-citizenship/?utm_source=Freedom+Mail&utm_campaign=3fbb80a96b-EMAIL_CAMPAIGN_2018_10_31_01_13_COPY_117&utm_medium=email&utm_term=0_b5e6e0e9ea-3fbb80a96b-45611665
.

by Thomas Gallatin:  “We’re the only country in the world where a person comes in and has a baby, and the baby is essentially a citizen of the United State for 85 years with all of those benefits,” President Donald Trump declared in an interview with Axios. “It’s ridiculous,” he added, “and it has to end.” Trump then announced his plan to issue an executive order to cease allowing “anchor babies,” the current practice of recognizing automatic birthright citizenship of children born in the U.S. to illegal aliens. With recent reports finding that illegal-alien births are now costing U.S. taxpayers a whopping $2.4 billion annually, and with three  caravans of illegals headed to the American border, is it any wonder that Trump is seriously seeking to address this growing problem?

Anticipating objections to the legality of the executive order, Trump pushed back, saying he was “always told … that you needed a constitutional amendment. Guess what? You don’t.”
Axios was quick to challenge Trump’s assertion that the U.S. is the only country allowing birthright citizenship by noting that at least 30 countries still do so, but Axios glaringly omits an important qualifier (admittedly a qualifier that Trump himself should have noted): No other developed nation continues to accept birthright citizenship. Canada ended the practice in 2009, leaving the U.S. as the last holdout.
Whenever any objections to birthright citizenship are raised, proponents quickly point to the 14th Amendment, arguing that it is a constitutionally protected right. But as Mark Alexander has previously explained, “In the very words of the 14th Amendment’s authors … ‘subject to the jurisdiction thereof’ clearly and plainly referred to those who were legal citizens. It did not and never has implied any legal standing for the children of illegal immigrants. … The 14th Amendment makes no birthright allowance. Our Constitution’s Article 1, Section 8, Clause 4 gives Congress the power to determine qualifications for citizenship, and Section 5 of the 14th Amendment does likewise. Start by amending Section 301 of the Immigration and Nationality Act to clarify those classes of individuals born in the United States who are not eligible for citizenship by virtue of birth.”
Nevertheless, the ACLU stated, “This is a blatantly unconstitutional attempt to fan the flames of anti-immigrant hatred in the days ahead of the midterms. The 14th Amendment’s citizenship guarantee is clear. You can’t erase the Constitution with an executive order, [President Trump.]”
Sen. Lindsey Graham knows better: “Finally, a president willing to take on this absurd policy of birthright citizenship. I’ve always supported comprehensive immigration reform — and at the same time — the elimination of birthright citizenship.”
So does Trump have the executive authority to make this change? Axios is correct in noting that there will certainly be legal challenges should Trump issue the EO. But that may be exactly Trump’s intention — to force the courts to weigh in and provide greater legal clarity on an issue that has long troubled many Americans. Trump’s case is a strong one.

https://patriotpost.us/articles/59164?mailing_id=3825&utm_medium=email&utm_source=pp.email.3825&utm_campaign=snapshot&utm_content=body
E-mail me when people leave their comments –
Follow