by rickwells.us
{ rickwells.us } ~ Bruce Ohr a high-ranking Justice Department official, has been called into a closed-door hearing of the House Judiciary and Oversight Committees Tuesday... to discuss his role as a conduit for opposition research on Donald Trump to reach the FBI. Ohr’s wife Nellie worked for Fusion GPS, the firm that hired former British spy Christopher Steele to produce the salacious dossier on Donald Trump. The liar-Clinton campaign and the dummycrats-Democrat National Committee paid for the opposition research through a law firm. The FBI fired Steele as an informant in 2016 for telling a reporter he was working with the FBI on the dossier. Bruce Ohr apparently continued to funnel information from Steele to the FBI after Steele was fired. Appearing with Sean Hannity Monday night, conservative talk-show host and legal scholar Mark Levin said he views Bruce Ohr as a “mole.” He’s on the staff of the deputy attorney general of the United States, first Sally Yates and then Rod Rosenstein. There’s a ton of questions this man needs to be asked because he seems to be the center of the wheel...  https://rickwells.us/levin-questions-bruce-ohr/
VIDEO:  https://www.mrctv.org/videos/mark-levin-theres-ton-questions-bruce-ohr
.
Jim Jordan Discusses Bruce Ohr Testimony 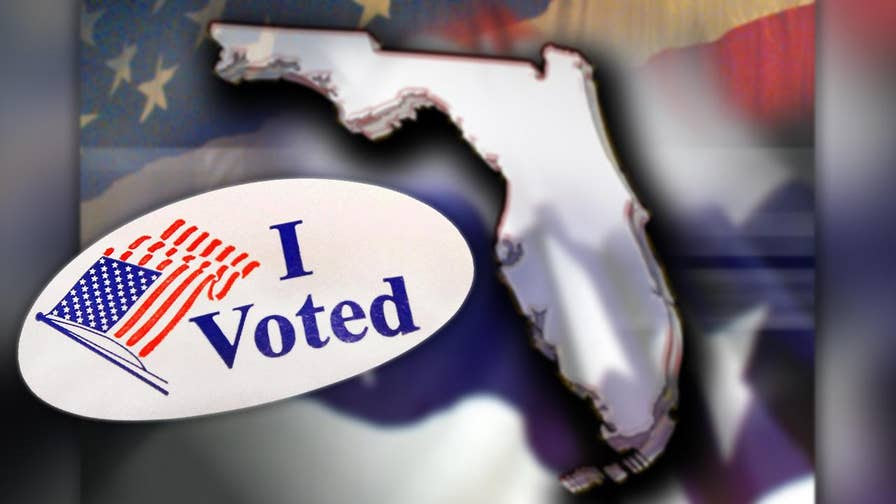 by Alex Pappas
{ foxnews.com } ~ Trump-backed Rep. Ron DeSantis will defeat state Agriculture Commissioner Adam Putnam in Florida’s gubernatorial primaries... the Fox News Decision Desk projects. Also, Florida Republican Gov. Rick Scott will easily win the GOP nomination for the Senate, according to a Fox News projection. Scott, who is term limited as governor, will face incumbent dummycrats-Democratic Sen. Bill Nelson in what will be one of the most closely watched Senate races in November. DeSantis will face off in November against the winner of today’s dummycrats- Democratic gubernatorial primary. Although it is too early to project a winner in that contest, former Rep. Gwen Graham, daughter of former Florida governor and Sen. Bob Graham, has a lead over half a dozen competitors. Most voting places in Florida closed at 7 p.m. ET, but precincts remained open for another hour in cities on the Florida’s panhandle, which is in the Central Time Zone...  http://www.foxnews.com/politics/2018/08/28/ron-desantis-rick-scott-...
VIDEO:  https://fxn.ws/2wlqNhi #FoxNews
.
Republican vs. dummycrats-Democrats:
Results vs. Violent Resistance 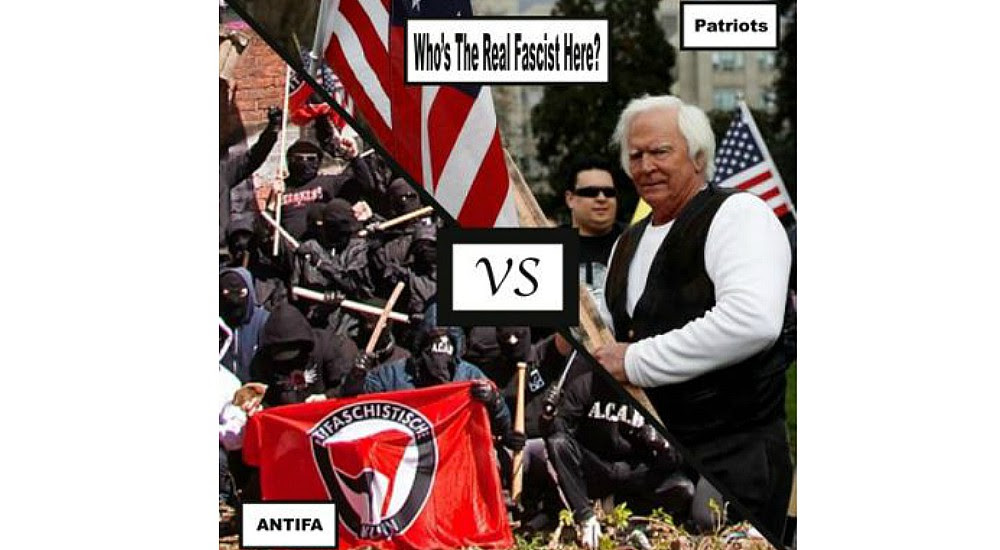 by Dustin Koellhoffer
{ ipatriot.com } ~ Liberals want to censor conservative voices because we are the educated ones, while they want to impose their ideology by force... Through President Trump’s leadership America has the highest GDP and lowest unemployment in a decade.  Republicans know what is happening because they talk good sense that is reported on conservative media and across the Internet.  While dummycrats-Democrat’s minds are obscured by leftist propaganda and distractions over mediocrities like the Mueller investigation that is a witch-hunt persecuting Trump people. There has been no Russia collusion to be found, but violations of people’s 4th Amendment rights and overriding statutes of limitations allows  dummycrats- Democrats to prosecute Republicans for crimes over a decade old. If you robbed a bank at gunpoint and waited seven years before being caught the government could not prosecute you. But Mueller is having Trump people prosecuted for crimes ten or twenty years old. How is this justice? It isn’t. It is how mobsters rule imposing their will through tyranny. Some corporations like Facebook and Twitter are joining with dummycrats-Democrats to silence conservative voices, there are others that are continuing to hire illegal aliens just as there are  dummycrats-Democrat pollsters who allow illegal aliens to vote, and still others that are now trying to violate customer’s 2nd Amendment rights to impose dummycrats-Democrat’s anti-armed citizen agenda. Why is AG Jeff Sessions allowing these persecutions to take place? Mueller is having states prosecute Trump people so that he cannot pardon them for federal crimes. These are not the actions of a righteous man investigating a crime. They are the actions of a mobster boss conducting a witch-hunt to destroy his enemies.  dummycrats- Democrats are making it a crime to associate with the Republican  president, or even being a Republican. These are not the actions of righteous people, but the tyranny of socialist dictators of banana republics.  dummycrats-Democrats are not the party of America, but the party of America’s enemies...  https://ipatriot.com/republican-vs-democrats-results-vs-violent-res...
.
Arrest of Iranian Spies in U.S.
Just ‘Tip of the Iceberg,’ La

wmaker Warns
by Adam Kredo
{ freebeacon.com } ~ The recent arrest of two Iranian agents alleged to have been running spy operations on U.S.soil is just "the tip of the iceberg"... in terms of the Islamic Republic's efforts to conduct intelligence operations in America that could result in a terrorist attack, according to a leading lawmaker and U.S. officials who spoke to the Washington Free Beacon about the matter. Following the arrest of two Iranian individuals charged with spying on Jewish and Israeli facilities in the California area, Rep. Peter Roskam (R., Ill.) told the Free Beacon it is likely Iran has stationed multiple regime-tied agents in the United States to conduct intelligence operations. While the arrest of the two Iranians was met with shock in the press, Roskam said he was not surprised by the arrests, which have unearthed concrete evidence of the Islamic Republic's efforts to foment discord across the globe, including on American soil. "This is the tip of the iceberg," Roskam said in an interview. "This is not a surprise and this is a result of the Iran regime getting financial support from the scumbag/liar-nObama administration in the Iran deal."...  https://freebeacon.com/national-security/arrest-iranian-spies-u-s-j...
.

A New NAFTA and the Art of the Deal

by Lewis Morris:  President Donald Trump announced a tentative trade agreement with Mexico Monday, calling it “one of the largest trade deals ever made” and “much better” than the North American Free Trade Agreement (NAFTA). Speaking from the Oval Office, Trump was joined by Mexican President Enrique Peña Nieto via conference call. Nieto also chimed in that it was an “incredible deal for both parties.” Is it?


As always with trade, the answer is “yes and no.” There are good aspects and bad ones.
Points reached in the agreement include changes to automobile manufacturing. Each car produced would have to be 75% sourced in North America, up from 62.5%, to avoid tariffs when being transported across national borders. Also, 40-45% of each car produced must be manufactured by workers making $16 per hour or more to avoid tariffs. That helps American manufacturers, but it will raise prices for consumers. Additional updates to rules on intellectual property and labor are also part of the agreement.
The deal still must be approved by Congress and the Mexican government. Trump is eager to make this happen before the midterms, and Peña Nieto is likewise hoping to have his government approve the measure before he leaves office on Dec. 1. At this point, there don’t appear to be any insurmountable political hurdles to prevent the trade agreement from becoming a reality, but never underestimate the machinations of American dummycrats-Democrats or Mexican Socialists like incoming President-elect Andrés Manuel López Obrador. And in any case, time constraints likely mean it isn’t going to happen this year.
It’s important to note that this is a strictly bilateral trade agreement between the U.S. and Mexico. What will become of Canada, the third member of NAFTA, is yet to be determined, though clearly Trump means to use this as leverage with our northern neighbors. Trump told reporters that negotiations with Canada would start back up immediately, and Peña Nieto voiced his hope that the U.S. and Canada would be able to come to an agreement. Chrystia Freeland, Canada’s minister of foreign affairs, said separately Monday that her country was encouraged by the optimism shown by the U.S.-Mexico agreement. “Progress between Mexico and the United States is a necessary requirement for any renewed NAFTA agreement.”
Trump, of course, says he’s prepared to scrap NAFTA  altogether, insisting that the very name has bad connotations. He has repeatedly referred to NAFTA as a historically bad trade deal  for the U.S. — a “disaster” — and thus he would rather this deal be referred to simply as the United States-Mexico Trade Agreement. Moreover, Trump has signaled his comfort with cementing two separate bilateral deals with Mexico and Canada, though those two nations still hold out hope that NAFTA can be renegotiated and salvaged.
Trump’s strategy is simple: The U.S.-Mexico deal puts pressure on Canada, which was sidelined while Trump pursued a divide-and-conquer approach to negotiating better deals with America’s biggest trading partners.
Markets reacted favorably to the news, with major U.S.-based auto manufacturers seeing bumps in their stock price and equity markets across North America also getting a boost.
A few months ago, dummycrats-Democrats, business leaders, and international trade groups cried that Trump was going to wreck the world economy and crash America’s economic rebound with his tariffs and his America-first approach to new trade deals. None of this has come to pass. In fact, little by little, the very nations that claimed they were prepared to engage in a trade war with the United States have started changing their tune.
Earlier this summer, the EU came to an agreement with the U.S. that will allow us to export more produce and liquid natural gas to Europe. The door was also left open to work toward a zero-tariff trade deal between the U.S. and EU.
The new deal with Mexico and the positive signs for an agreement between the U.S. and Canada suggest that Trump will continue scoring points on trade. The more victories he lines up, the stronger will be his bargaining position with tougher nations like China.
As we have said frequently, never underestimate the art of the deal.