We are not stupid! That's one of Herman Cain's favorite catch phrases. He uses it to point out the falsehoods he perceives from the Obama campaign and administration. Mr. Cain is currently still working on his most recent endeavor, the internet TV station at http://www.caintv.com/. He is slotted to break back into radio next January when he'll take over Neal Boortz' show. He's no Glenn Beck, I'll say that much. As for his CainTV, I think there's something to be said about those that will settle for mediocrity over content...

All of that is besides the point, as the man whose stupidity is in question is Mr. Rick Santorum. I'm sure he would chime along with Mr. Cain about his own lack of stupidity. Rick Santorum's post-primary project is Patriot Voices, which among other things, is a "grassroots and online community of Americans from across the country who stand together to affect change." One of their most recent projects is a film collaboration with Citizens United called "Our Sacred Honor." A trailer to the film has been added to the end of this post.

The opposite chorus in the ballad of smarts and stupid is an editor over at The New York Times. Now. in his defense, the article does not say that Mr. Santorum or any conservative is stupid. Rather, it says that "Social conservatives have given up on smart people," which as it points out, is kind of what Santorum had been saying. He talked about how conservatives would “never have the elite smart people on our side.”

The author of the article went from this point on to talk about Romney's reaction to Obama's handling of the crisis around the storming of the US embassies in Egypt and Libya. Specifically he questioned the allegations that what Obama said amounted to an apology. The author also questioned why an apology might be so bad. He insinuated that conservatives in general were out of touch with reality, and that they seemed happy to go that way, as with Rick Santorum. The article said that conservatives and "the Romney campaign has given up on what Karl Rove once called the 'reality-based community.'"

Herman Cain says that we are not stupid, Rick Santorum says that the smart people aren't ever gonna be on our side, and The New York Times questions Romney's campaign's grip on reality. How does that make you feel? Real Smart? 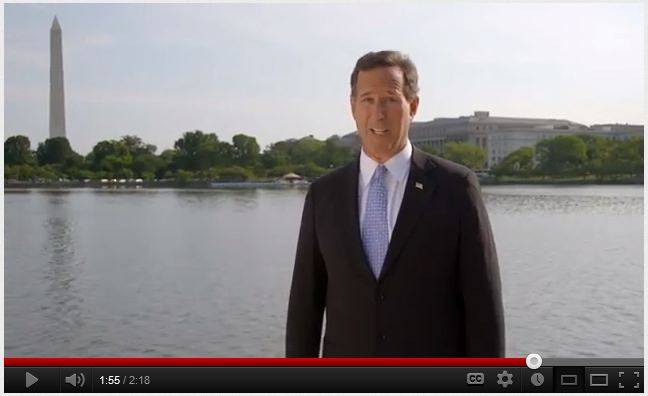