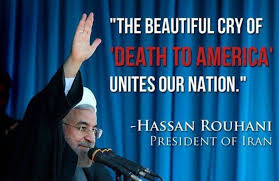 President Obama, Sec. of State, John Kerry, and their USA negotiating team may be allowing the most terrorist nation in the entire world, the State of Iran, to develop with the ability to use 'NUCLEAR’ bombs against any of their other enemy nations.

Each American ‘MUST’ understand what President Obama, Sec. of State, John Kerry, and every Senator on Capitol Hill who votes ‘AYE’ in approving the USA – Iran Nuclear bomb agreement.

President Obama, Secretary John Kerry, and Iranian officials within the State of Iran are attempting to deny, even our American leaders, from knowing some of the incidentals, ‘maybe deadly’ to the State of Israel, other American allies, and/or the USA itself, within this Agreement.