0
TheFrontPageCover
~ Featuring ~
Is US Bellicosity Backfiring?
by Pat Buchanan

by rickwells.us
{ rickwells.us } ~ The reason that bullies like David Hogg and the progressive America-haters he works for get away with their disruptive tactics... is because ordinary people don’t have an agenda to advance and would generally rather avoid a conflict if they can. That’s why blocking intersections and creating disturbances in retail outlets and restaurants works for Black Lives Matter, along with the police protection the lawbreakers are given. It’s why the piglet David Hogg was able to extort Laura Ingraham and Publix markets. There was little the average person could do to help Ingraham in retaliation, but these libtards laying around on the supermarket floor are a completely different story. They create not only an irresistible target but a safety hazard as well, and it’s one that could be exploited both for political and financial gain by someone properly motivated, either fed up with the nonsense, a patriot willing to stoop to their levels or someone that just thinks it would be fun to give them a taste of their own medicine...The manager should of hose them with water to waste away the dirt.
https://rickwells.us/trip-fall-hogg-publix/
.
UK: You're Not Allowed to Talk about It. About What? Don't Ask. 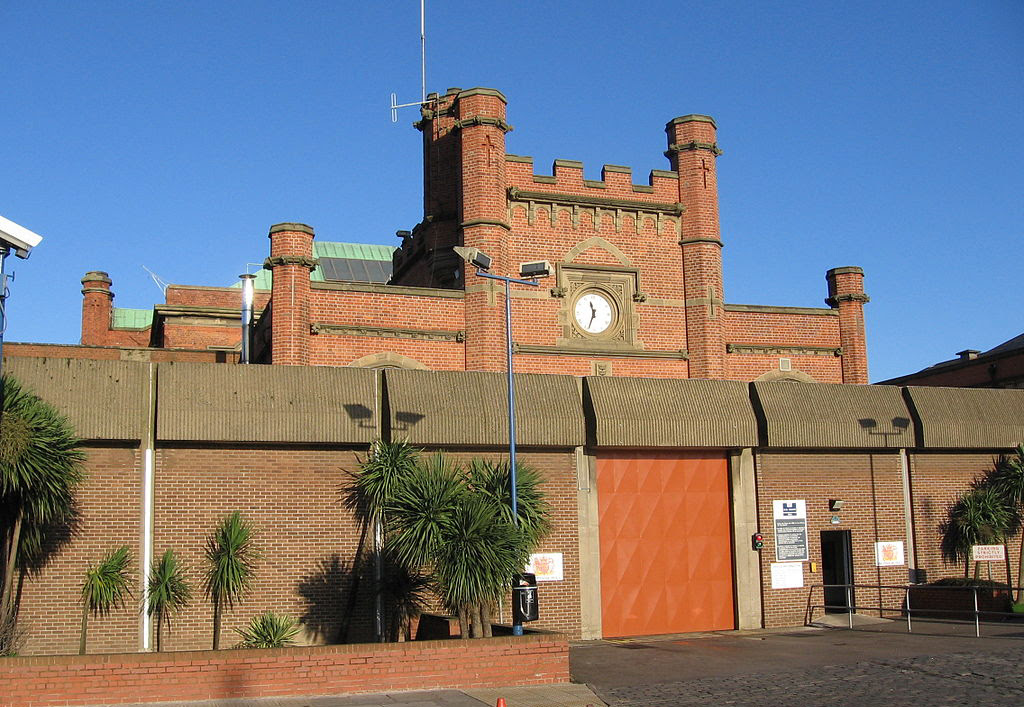 by Bruce Bawer
{ gatestoneinstitute.org } ~ On Friday, British free-speech activist and Islam critic Tommy Robinson was acting as a responsible citizen journalist... reporting live on camera from outside a Leeds courtroom where several Muslims were being tried for child rape -- when he was set upon by several police officers. In the space of the next few hours, a judge tried, convicted, and sentenced him to 13 months in jail -- and also issued a gag order, demanding a total news blackout on the case in the British news media. Robinson, whose real name is Stephen Yaxley-Lennon, was immediately taken to Hull Prison. Most media outlets were remarkably compliant. News stories that had already been posted online after Robinson's arrest at the Scottish Daily Record, Birmingham Live, The Mirror, RT, and Breitbart News were promptly pulled down, although, curiously, a report remained up at the  Independent, a left-wing broadsheet that can be counted on to view Robinson as a hooligan. Indeed, the Independent's article described Robinson as "far-right" and, in explaining what he was doing outside the courthouse, used scare quotes around the word "reporting"; it then summed up the least appealing episodes in his career and blamed him for an attack on the Finsbury Park Mosque last January. Somehow, the Independent also got away with publishing a report on London's Saturday rally in support of Robinson...
https://www.gatestoneinstitute.org/12389/britain-dissent-silenced
.
Syrian Air Force bars Iran from using its bases 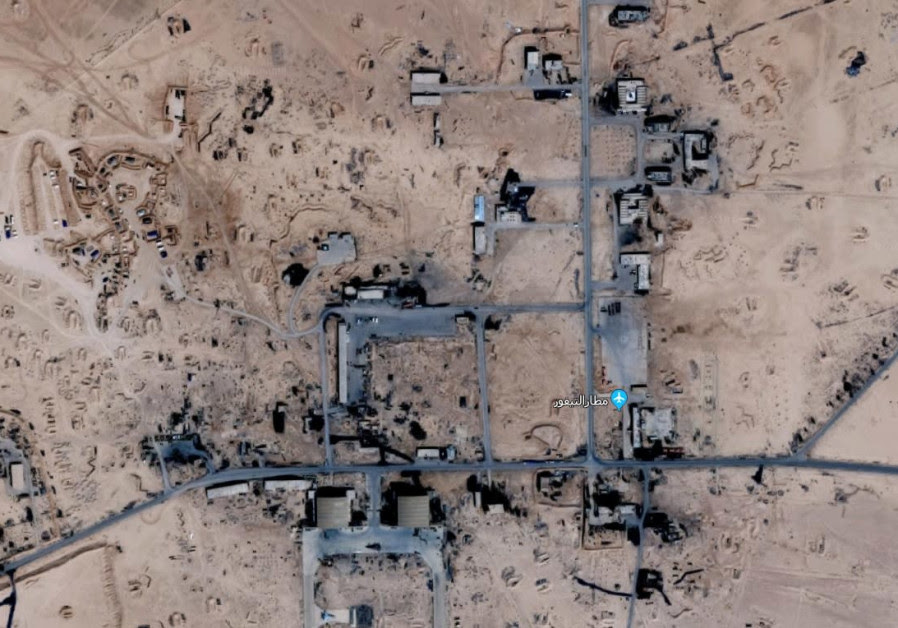 by YAMI ROTH / MAARIV
{ jpost.com } ~ The commander of the Syrian Air Force has decided Syria will no longer allow Iranian-backed Shi’ite factions to use its bases... to store ammunition and host fighters, the Syrian opposition newspaper Zaman al-Wasl reported on Monday. The report claims that the decision was made "following recent Israeli attacks."  Citing a source in the Syrian army, the report stated that this is the first step in a process leading to a Syrian demand that Iranian backed-forces leave Syria. The report goes on to claim that the Syrian regime is experiencing panic since Israel attacked Syrian Air Force sites used by Iranian-backed forces...
https://www.jpost.com/Middle-East/Report-Syrian-Air-Force-bars-Iran-from-using-its-bases-558539?utm_source=newsletter&utm_campaign=28-5-2018&utm_content=report-syrian-air-force-bars-iran-from-using-its-bases-558539
.
Federal Agency Known for Fraud & Waste Finances Own Attacks 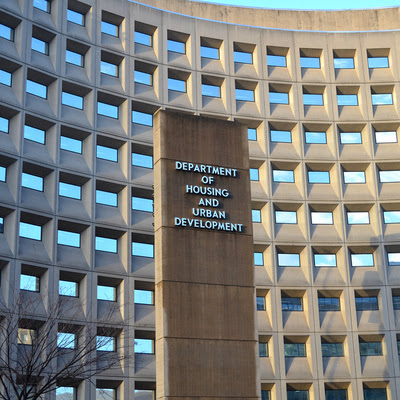 by judicialwatch.org/blog
{ judicialwatch.org/blog } ~ Here’s an amusing—and unbelievable—story about the most overtly communist agency in the U.S. government financing its own attacks with taxpayer money... A nonprofit that receives millions of dollars from the Department of Housing and Urban Development (HUD) is suing the agency in federal court for suspending a controversial liar-nObama program with far-reaching racial and ethnic housing quotas. Known as Affirmatively Furthering Fair Housing(AFFH), the policy aims to transform nearly all of the nation’s neighborhoods with unprecedented low-income housing quotas and preferred ethnic and racial formulas. AFFH also requires federal and local governments to spend tens of millions of dollars annually gathering statistics on racial and ethnic concentrations in America’s neighborhoods. In January HUD Secretary Ben Carson delayed the implementation of AFFH, which he describes  as a government-engineered attempt to legislate racial equality. This month Carson finally suspended the contentious program altogether, revealing in a statement that the tool used to comply with AFFH is confusing, difficult to use and frequently produced unacceptable assessments. In its 18-page Federal Register notice HUD states that it has spent over $3.5 million on technical assistance for the initial round of AFFH submissions from local governments across the nation. “HUD is withdrawing the Tool to produce a more effective and less burdensome Assessment Tool,” the notice reads. “These improvements to the Tool will make it more effective in assisting program participants with the creation of meaningful assessments with impactful fair housing goals to help them plan to fulfill their legal obligation to affirmatively further fair housing.”...
https://www.judicialwatch.org/blog/2018/05/federal-agency-known-fraud-waste-finances-attacks/?utm_source=deployer&utm_medium=email&utm_campaign=tipsheet&utm_term=members&utm_content=20180528175559
.
In rare face-off, Russian jets reportedly
intercept Israeli planes over Lebanon 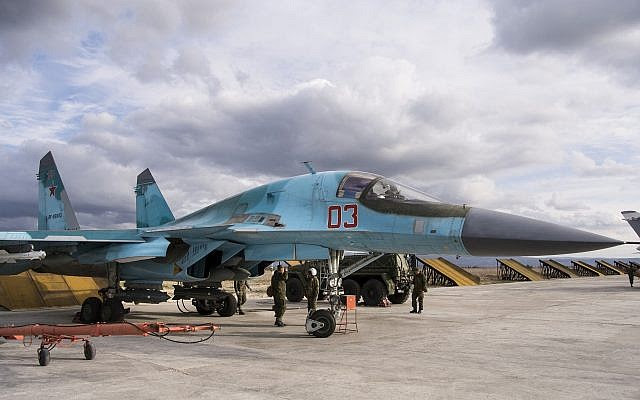 by timesofisrael.com
{ timesofisrael.com } ~ In a rare incident Israeli warplanes were reportedly intercepted by Russian fighter jets over Lebanon early Monday morning... despite an understanding in place between Moscow and Jerusalem to avoid conflict between the two countries. Hadashot news, citing Lebanese and Russian media outlets, said that 2 Israeli Air Force F-16 planes were challenged by Sukhoi Su-34 jets over Tripoli and forced away. There has been no official confirmation from Russia or Israel. According to the reports cited by Hadashot, the Russian planes may have been taking part in drills off the coast of Lebanon and Syria but were forced to land due to bad weather conditions...   https://www.timesofisrael.com/russian-jets-reportedly-intercept-israeli-planes-over-lebanon/?utm_source=The+Times+of+Israel+Daily+Edition&utm_campaign=4cd64a286e-EMAIL_CAMPAIGN_2018_05_28_12_02&utm_medium=email&utm_term=0_adb46cec92-4cd64a286e-54638825
.

.
Is US Bellicosity Backfiring? 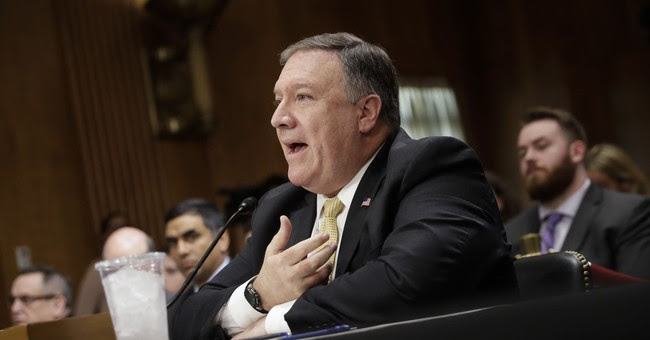 by Pat Buchanan
{ townhall.com } ~ U.S. threats to crush Iran and North Korea may yet work, but as of now neither Tehran nor Pyongyang appears to be intimidated.

Repeated references by NSC adviser John Bolton and Vice President Mike Pence to the "Libya model" for denuclearization of North Korea just helped sink the Singapore summit of President Trump and Kim Jong Un. To North Korea, the Libya model means the overthrow and murder of Libya strongman Col. Gadhafi, after he surrendered his WMD.

Wednesday, North Korean Vice Foreign Minister Choe Son Hui exploded at Pence's invocation of Libya: "Vice-President Pence has made unbridled and impudent remarks that North Korea might end like Libya ... I cannot suppress my surprise at such ignorant and stupid remarks.

"Whether the U.S. will meet us at a meeting room or encounter us at nuclear-to-nuclear showdown is entirely dependent upon the decision and behavior of the United States."

Earlier this week at the Heritage Foundation, Secretary of State Mike Pompeo laid out our Plan B for Iran in a speech that called to mind Prussian Field Marshal Karl Von Moltke.

Among Pompeo's demands: Iran must end all support for Hezbollah in Lebanon, the Houthi rebels in Yemen, and Hamas in Gaza, withdraw all forces under Iranian command in Syria, and disarm its Shiite militia in Iraq.

Iran must confess its past lies about a nuclear weapons program, and account publicly for all such activity back into the 20th century.

Iran must halt all enrichment of uranium, swear never to produce plutonium, shut down its heavy water reactor, open up its military bases to inspection to prove it has no secret nuclear program, and stop testing ballistic missiles.

And unless Iran submits, she will be strangled economically.

What Pompeo delivered was an ultimatum: Iran is to abandon all its allies in all Mideast wars, or face ruin and possible war with the USA.

It is hard to recall a secretary of state using the language Pompeo deployed: "We will track down Iranian operatives and their Hezbollah proxies operating around the world and crush them. Iran will never again have carte blanche to dominate the Middle East."

But how can Iran "dominate" a Mideast that is home to Turkey, Iraq, Saudi Arabia, Israel and Egypt, as well as U.S. forces in Afghanistan, Iraq, the Persian Gulf, the Arabian Sea and Syria?

Yet, this U.S.-Iran confrontation, triggered by Trump's trashing of the nuclear deal and Pompeo's ultimatum, is likely to end one of three ways:

First, Tehran capitulates, which is unlikely, as President Hassan Rouhani retorted to Pompeo: "Who are you to decide for Iran and the world? We will continue our path with the support of our nation." Added Ayatollah Khamenei, "Iran's presence in the region is our strategic depth."

Second, Iran defies U.S. sanctions and continues to support its allies in Syria, Iraq, Lebanon, Yemen. This would seem likely to lead to collisions and war.

Third, the U.S. could back off its maximalist demands, as Trump backed off Bolton's demand that Kim Jong Un accept the Libyan model of total and verifiable disarmament before any sanctions are lifted.

Where, then, are we headed?

While our NATO allies are incensed by Trump's threat to impose secondary sanctions if they do not re-impose sanctions on Tehran, the Europeans are likely to cave in to America's demands. For Europe to choose Iran over a U.S. that has protected Europe since the Cold War began and is an indispensable market for Europe's goods would be madness.

Vladimir Putin appears to want no part of an Iran-Israel or U.S.-Iran war and has told Bashar Assad that Russia will not be selling Damascus his S-300 air defense system. Putin has secured his bases in Syria and wants to keep them.

As for the Chinese, she will take advantage of the West's ostracism of Iran by drawing Iran closer to her own orbit.

Is there a compromise to be had?

Iran could agree to release Western prisoners, move Shiite militia in Syria away from the Golan Heights, accept verifiable restrictions on tests of longer-range missiles and establish deconfliction rules for U.S. and Iranian warships in the Persian Gulf.

Reward: aid from the West and renewed diplomatic relations with the United States.

Again, we cannot make the perfect the enemy of the good.

https://townhall.com/columnists/patbuchanan/2018/05/25/is-us-bellicosity-backfiring-n2484129?utm_source=thdaily&utm_medium=email&utm_campaign=nl&newsletterad=
E-mail me when people leave their comments –
Follow