by Daniel Chaitin
{ washingtonexaminer.com } ~ Attorney General William Barr is calling for an end to nationwide injunctions, which have become recurrent obstacles in the way of President Trump's agenda... With the frequency of judges' orders blocking the enforcement of federal laws and policies on the rise, Barr's op-ed in the Wall Street Journal escalates the Justice Department's fight to check this facet of the judicial branch's power. Nationwide injunctions, he wrote, "create an unfair, one-way system in which the democratically accountable government must fend off case after case to put its policy into effect, while those challenging the policy need only find a single sympathetic judge." Barr alluded to the framers of the Constitution, asserting they never intended the courts to "act as a 'council of revision' with sweeping authority to reach beyond concrete controversies and rule on the legality of actions taken by the political branches." The rising number of injunctions have affected both Democratic and Republican administrations, but opponents of the Trump administration have accelerated the use of the procedural device. Barr said there were only 20 national injunctions during the eight-year scumbag/liar-nObama administration, while there have already been roughly 40 in the two-and-a-half years Trump has been in office. "Shrewd lawyers have learned to 'shop' for a sympathetic judge willing to issue such an injunction," Barr said. "These days, virtually every significant congressional or presidential initiative is enjoined — often within hours — threatening our democratic system and undermining the rule of law."...
https://www.washingtonexaminer.com/news/ag-william-barr-demands-end-to-nationwide-injunctions-empowering-lone-sympathetic-judges
.
House Majority Whip Says
Bill of Rights Might Not Pass Today 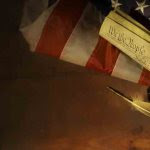 By S.Noble
{ independentsentinel.com } ~ House Majority Whip Rep. James Clyburn (D-SC) told NBC News that he’s not sure the Bill of Rights would pass today... Appearing on MSNBC, the Democrat said that based on regular conversations he had with people, there would be “strong support against the Bill of Rights.” “I really believe sincerely – the climate that we’re in today – if the Bill of Rights, the first 10 amendments of the United States Constitution, were put before the public today, I’m not too sure that we would hold onto the Bill of Rights,” said Clyburn. “Especially when I see what people are doing with the Second Amendment and no telling what they would do with the First Amendment,” he added. When asked if he really believed that, he said, “Absolutely,” he replied. “There would be strong support against the Bill of Rights. Go through the Bill of Rights and I’ll tell you I run into people every day who would like to see so much of those guarantees uprooted.” We agree that it might not pass. Democrats don’t believe in the Bill of Rights and the Constitution is nothing without them. The Democrats are doing their best to destroy the First and Second, actually all of the amendments. Clyburn is suggesting it’s this administration that wouldn’t pass the Bill of Rights, but it’s his party that’s promoting some terrifying ideas. commie-Bernie wants to kill the unborn babies of poor minorities throughout the world with U.S. tax dollars...  https://www.independentsentinel.com/house-majority-whip-says-bill-of-rights-might-not-pass-today/
.
BDS Activists Assault Israeli
Film Festival Attendees in Berlin 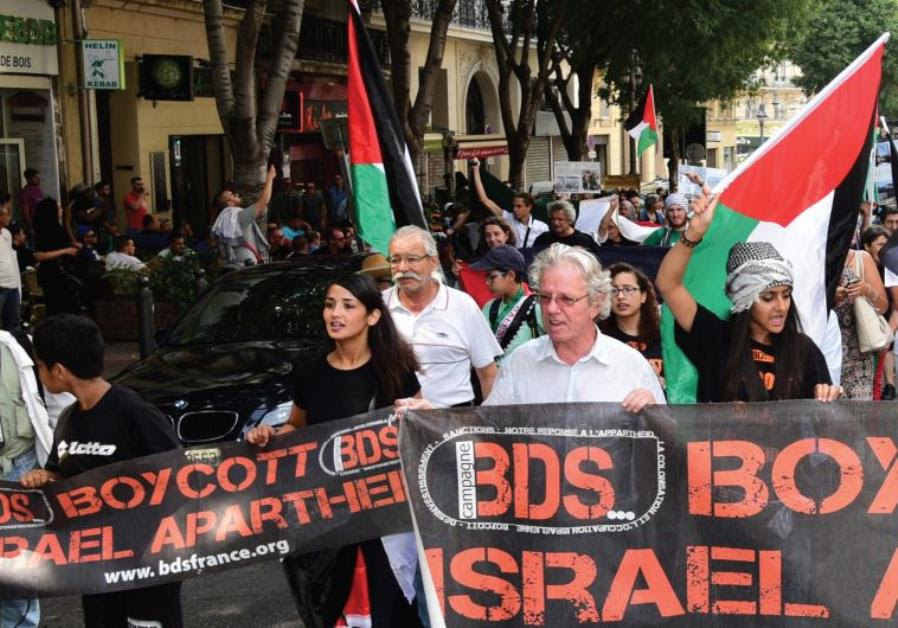 By BENJAMIN WEINTHAL
{ jpost.com } ~ A group of BDS activists violently assaulted visitors at the Israeli Seret International film festival on Sunday in Berlin... causing injuries and disrupting a podium discussion, according to German police. An estimated 10-12 BDS activists participated in the disruption and attacks. According to the police notice reviewed by The Jerusalem Post, the BDS activists refused to leave the cinema when requested, resulting in violence. BDS is the abbreviation for the Boycott, Divestment, Sanctions campaign targeting the Jewish state. The German parliament classified BDS as antisemitic in May.  The police report said after the screening of the documentary film “King Bibi,” a question and answer discussion was planned with the director and a 42-year-old started to scream. At the same time, a second 42-year-old man and a third unknown person held a poster in front of the film screen. It is unclear what was written on the poster. The discussion could not continue after the disruption. A 62-year-old man, who organized the evening film presentation, called on the three men to leave the event. The BDS activists refused to leave the cinema. The 54-year-old manager of the cinema attempted to force the activists out of the building. The police said all participants were released after showing identification. The Green Party politician, Volker Beck, wrote on Twitter on Sunday: “When BDS violently attacks everything that is Israeli, it is time the rule of law shows where the borders are. That’s not criticism, that’s violence.” Beck urged Berlin’s police to take a more aggressive posture against BDS. Last year, two BDS activists disrupted the presentation of an Israeli Holocaust film in Berlin, prompting security officials to evict the protesters as the audience booed the stoppage caused by the BDS people. Ronnie Barkan, whose conduct Berlin’s intelligence agency classified as antisemitic, was one of the activists who disrupted the Holocaust film festival at the time. Barkan, who rejects the existence Israel, stormed an Israel event at Berlin’s Humboldt University in 2017. At least three pro-BDS activists lashed out at Israeli survivor of the Holocaust Deborah Weinstein and MK Aliza Lavie (Yesh Atid) at the Humboldt University event. The event had been titled, “Life in Israel – Terror, Bias and the Chances for Peace.”...  https://www.jpost.com/Diaspora/Violent-BDS-activists-assault-Israeli-film-festival-attendees-in-Berlin-601065
.
Uncompensated Care and the Collapse of
Hospital Payment Regulation: An Illustration
of the Tinbergen Rule 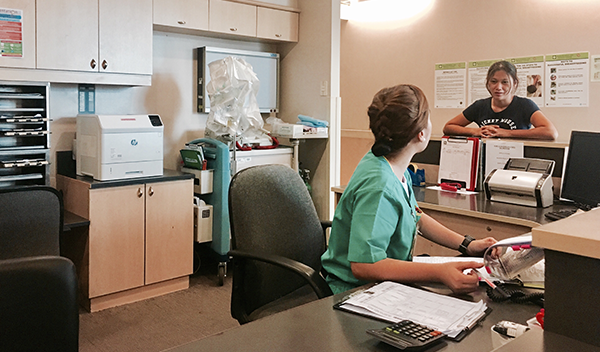 by Jeffrey Clemens and Benedic N. Ippolito
{ journals.sagepub.com  } ~ The primary objective of “all-payer” rate setting—regulatory regimes through which states set hospital payment rates for all insurers—was to control costs through consistent, centrally regulated payments... These regimes were often linked, however, to an ancillary goal of financing care for the uninsured. We show that the surcharge mechanism used to achieve this secondary objective decreased the stability of these payment regimes. This instability reflected a feedback loop from surcharge rates to insurance coverage and back to the quantities of uncompensated care in need of financing. Instability was exacerbated when Health Maintenance Organizations were exempted from surcharge collections, creating a regulatory arbitrage opportunity. Legal challenges connected to the incidence of uncompensated care surcharges contributed to the abandonment of all-payer rate regulation by several states. These developments illustrate the wisdom of the Tinbergen Rule, which recommends that independent policy objectives be met with independent policy instruments.    https:///doi/abs/10.1177/1091142119871333?journalCode=pfrb&mkt_tok=eyJpIjoiWlRrd01UUTRPR05pTUdZMyIsInQiOiJIXC8rY3RybUgycGQrNUtZVnZwWFhlVmNRWFhLWjBaYjBLOXRWVndjVGJJMGpxV0JJOXRKYTFsYktqMXh5T0hwWHBNWXhHVUxUNG1RQnMrTjN5WTVrNlc3MGNvXC9aeTRsbWZBXC92RkdZWVwvVjNNaVVaWEVcL1oyQ2FEeDExaklVVVJqIn0%3D
.
Will Denmark Become Like Sweden? 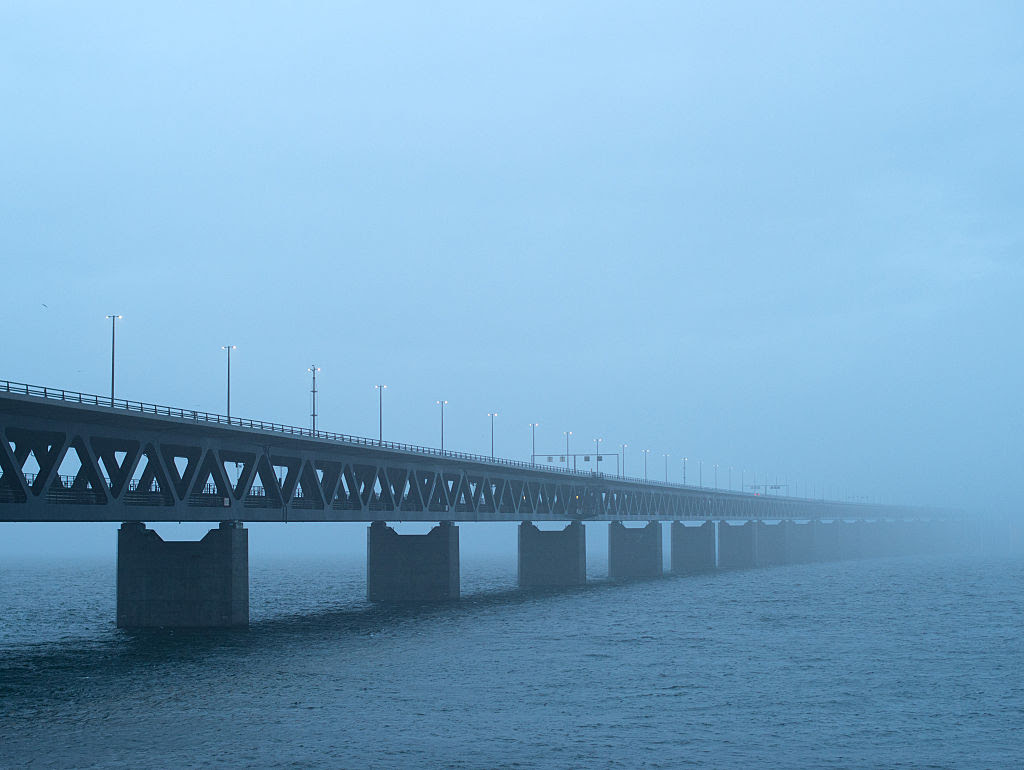 by Judith Bergman
{ gatestoneinstitute.org } ~ Denmark has experienced 10 bombings since February. The latest took place on August 27 in a residential complex, Gersager, in the Greve area, very close to Copenhagen... No one was injured, but the building was seriously damaged. This year, the Swedish city of Malmö has experienced 19 bombings. An August 16 editorial in the Danish newspaper Berlingske Tidende said: "No one wants Swedish conditions where shootings and bombings have reached an extreme degree. In addition to conflicts in the gang environment, there have been bombing attacks against police stations as well as courthouses, a town hall and the Swedish Tax Agency in Malmö in recent years." The piece was published after the Danish Tax Authority in Copenhagen was bombed on August 6, destroying its façade; one person was injured. Two Swedish citizens were charged with the attack. "The Swedish suspects have names that indicate that they have a different ethnic background than Swedish, but there is as yet no knowledge of the motives that may have driven them," Berlingske wrote. A few days later, on August 10, Copenhagen experienced another bombing that caused material damage, this time against a police station in Nørrebro. Shortly after the bombings of the Danish Tax Authority and the Copenhagen police station, Danish Prime Minister Mette Frederiksen held a press conference. The government, she said, views the bombings "as an attack on our authorities and thus also our society". She added that the government plans to strengthen the border with Sweden. "We have a challenge. It should not be the case that you can travel from Sweden to Denmark and place dynamite in the middle of Copenhagen". She stressed that the border "has our full attention. And it needs to be strengthened". While the motives behind the Danish bombings are apparently unclear, Swedish journalist, Joakim Palmkvist, who has been following crime developments in Sweden, told TV2 Nyheder that there are certain similarities between the bombings in Denmark and Sweden: Whereas the bombing targets in Sweden have often been residential complexes, businesses or restaurants, the police have also been targeted several times. Most recently a town hall was targeted in Landskrona and hit by a large explosion. According to Palmkvist, Swedish police believe that these bombings are due to mainly two motives: Blackmail, when criminals want money or services from their victims; or as revenge against the police for moving against the criminals...
https://www.gatestoneinstitute.org/14839/denmark-crime-sweden
.

Political Editors:  U.S. District Judge Anthony Trenga ruled Wednesday that the federal government’s terrorist watch list, also known as the Terrorist Screening Database, violates the Constitution. The ruling was in response to a lawsuit filled by several Muslims who are U.S. citizens and whose names were on the list. Gadeir Abbas, a lawyer for the plaintiffs, argued, “Innocent people should be beyond the reach of the watch list system. We think that’s what the Constitution requires.” Judge Trenga appeared to agree, writing in his decision, “There is no evidence, or contention, that any of these plaintiffs satisfy the definition of a ‘known terrorist.’” He further observed that behaviors resulting in individuals being classified as “suspected terrorist” were overly broad.

The Washington Time reports, “Ultimately, Trenga ruled that the travel difficulties faced by plaintiffs — who say they were handcuffed at border crossings and frequently subjected to invasive secondary searches at airports — are significant, and that they have a right to due process when their constitutional rights are infringed.”

The questions surrounding Americans’ right to due process are the key issue here. From its inception, the terrorist watch list, while a completely understandable response to the 9/11 terror attacks, always presented a dangerous slippery slope. As the years have gone by, the number of individuals added to the watch list, which is maintained by the FBI, has grown to more than 1.16 million. While the vast majority of individuals listed are not U.S. citizens, there are approximately 4,600 Americans and legal residents on it, and none of them has been charged with or been convicted of a crime. It’s very difficult to get off the list, too. While it may not be popular, Judge Trenga’s decision to error on the side of due process is the constitutional one.

Finally, to Democrats demanding that the no-fly list, a subset of the Terrorist Screening Database, be used to determine whether a person may own a firearm: Be advised that such an encroachment would be no more constitutional than the one just corrected by Judge Trenga.