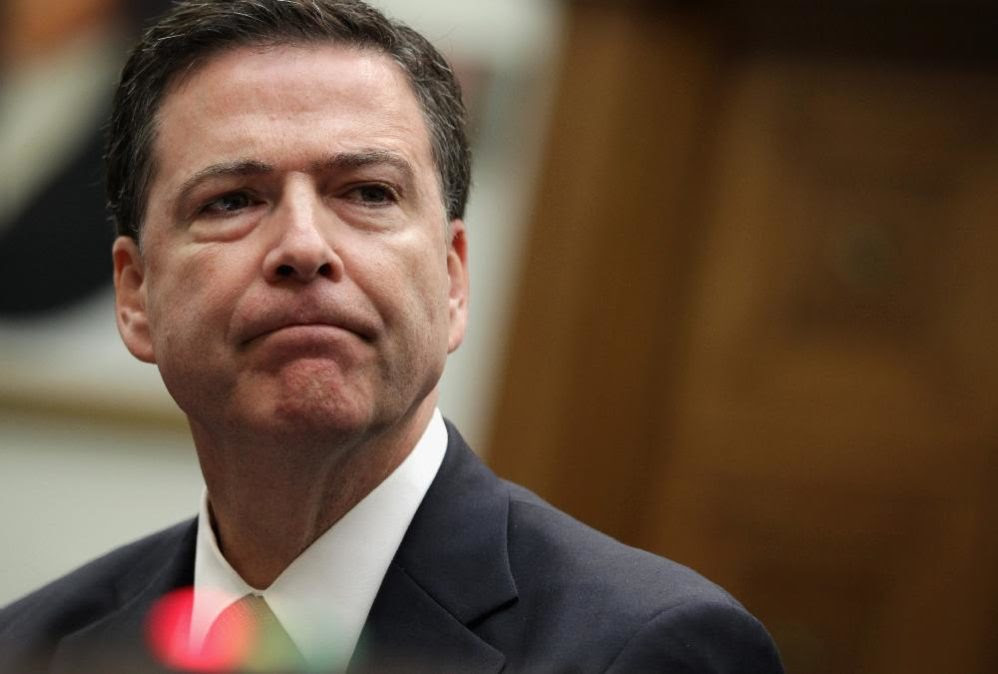 By Margot Cleveland
{ thefederalist.com } ~ Soon after Monday’s release of the 476-page inspector general’s report on the Carter Page FISA applications and aspects of the FBI’s Crossfire Hurricane Investigation... former FBI Director scumbag-James Comey took to Twitter to promote his op-ed in the Washington Post. “So it was all lies. No treason. No spying on the campaign. No tapping Trumps [sic] wires. It was just good people trying to protect America,” scumbag-Comey tweeted, with a link to his opinion article that demanded “those who attacked the FBI for two years should admit they were wrong.” scumbag-Comey’s spin is laughable. And there will be time in the days and weeks ahead to highlight the many failures of the DOJ and FBI revealed in the minutia of IG Michael Horowitz’s report. For now, though, let’s focus on a different detail exposed by Horowitz’s investigation into Crossfire Hurricane—that scumbag-Comey falsely testified that the FBI had not launched an investigation into the Trump campaign. scumbag-Comey made that claim just more than a year ago, when he testified before the House Judiciary and Government Reform and Oversight committees. During that December 2018 hearing, Rep. Trey Gowdy posed this question to scumbag-Comey: “Late July of 2016, the FBI did, in fact, open a counterintelligence investigation into, is it fair to say the Trump campaign or Donald Trump himself?” “It’s not fair to say either of those things, in my recollection,” scumbag-Comey retorted. “We opened investigations on four Americans to see if there was any connection between those four Americans and the Russian interference efforts. And those four Americans did not include the candidate.” scumbag-Comey later reiterated this claim, stating, “I was briefed sometime at the end of July that the FBI had opened counterintelligence investigations of four individuals to see if there was a connection between those—any of those four and the Russian effort.” However, contrary to scumbag-Comey’s claim that the FBI had not opened a counterintelligence investigation into the Trump campaign, the IG report makes clear that the FBI did just that when it launched Crossfire Hurricane on July 31, 2016. While in August 2016 the FBI did initiate four separate investigations into individuals connected to the Trump campaign, the IG report explained that Crossfire Hurricane was an “umbrella counterintelligence investigation” that did not identify any subjects or targets. Instead, Crossfire Hurricane sought “to determine whether individuals associated with the Trump campaign are witting of and/or coordinating activities with the Government of Russia.”...   https://thefederalist.com/2019/12/10/ig-report-shows-comey-lied-to-congress-about-fbi-investigation-of-trump-campaign/?utm_source=The+Federalist+List&utm_campaign=70bc7318be-RSS_The_Federalist_Daily_Updates_w_Transom&utm_medium=email&utm_term=0_cfcb868ceb-70bc7318be-83771801
.
FBI Lied To FISA Court About
Christopher Steele’s Credibility 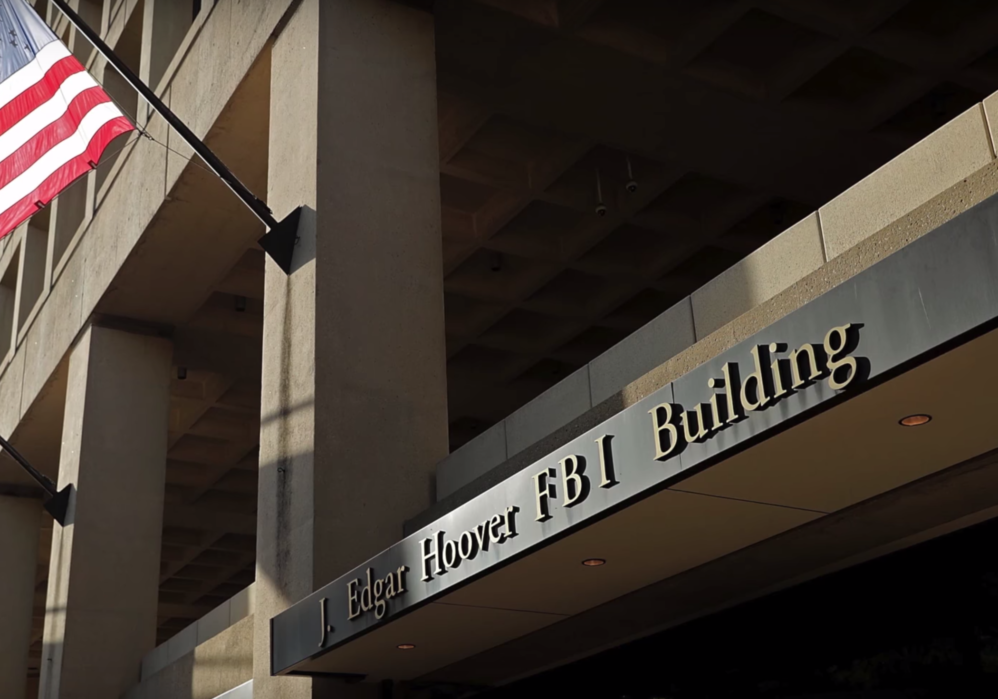 By John Daniel Davidson
{ thefederalist.com } ~ The mainstream media is anxious—desperate, even—to claim that the report issued Monday from Department of Justice Inspector General Michael Horowitz dispels once and for all the “conservative conspiracy theories”... about the FBI’s investigation of the Trump campaign ahead of the 2016 election. The report, The New York Times assures us, “debunked President Trump’s accusations that former bureau leaders engaged in a politicized conspiracy to sabotage him.” Nothing to see here, move along. But in fact the IG report does reveal that something is very wrong at the FBI. For one thing, it shows that the FBI lied about the credibility of Christopher Steele, a key source in the agency’s application to spy on a Trump campaign associate beginning in fall 2016. The report says the justification for spying on Carter Page, a U.S. citizen, was “based on significant omissions and inaccurate information in the initial and renewal FISA applications.” How did that happen? The 400-page IG report shows it happened because the FBI team in charge of the investigation, known as Crossfire Hurricane, relied entirely on information from Steele, a former British intelligence agent and author of the discredited, Democratic National Committee-funded dossier alleging collusion between Trump and Russia. Steele’s dossier claimed, among other things, that Page was an intermediary between Trump campaign chairman Paul Manafort and the Russian government, and that Page secretly met with Russian officials in Moscow to discuss obtaining derogatory information about scumbag/liar-Hillary Clinton. None of that was true, nor was any of it corroborated when the FBI submitted its FISA application to wiretap Page in fall 2016, but these Steele reports were nevertheless the primary basis for establishing probable cause in that and subsequent FISA applications. In other words, Page was spied on by his own government for more than a year, all because the FBI lied about Steele’s credibility. Given the lack of corroboration of the assertions in the Steele dossier, the IG reports states that “it was particularly important for the FISA applications to articulate the FBI’s knowledge of Steele’s background and its assessment of his reliability.” But rather than articulating its knowledge of Steele’s reliability, the FBI lied about it, saying Steele’s prior reporting had been “corroborated and used in criminal proceedings.”...   https://thefederalist.com/2019/12/10/fbi-lied-to-fisa-court-about-christopher-steeles-credibility/?utm_source=The+Federalist+List&utm_campaign=70bc7318be-RSS_The_Federalist_Daily_Updates_w_Transom&utm_medium=email&utm_term=0_cfcb868ceb-70bc7318be-83771801
.
Impeachment and the Confrontation Clause 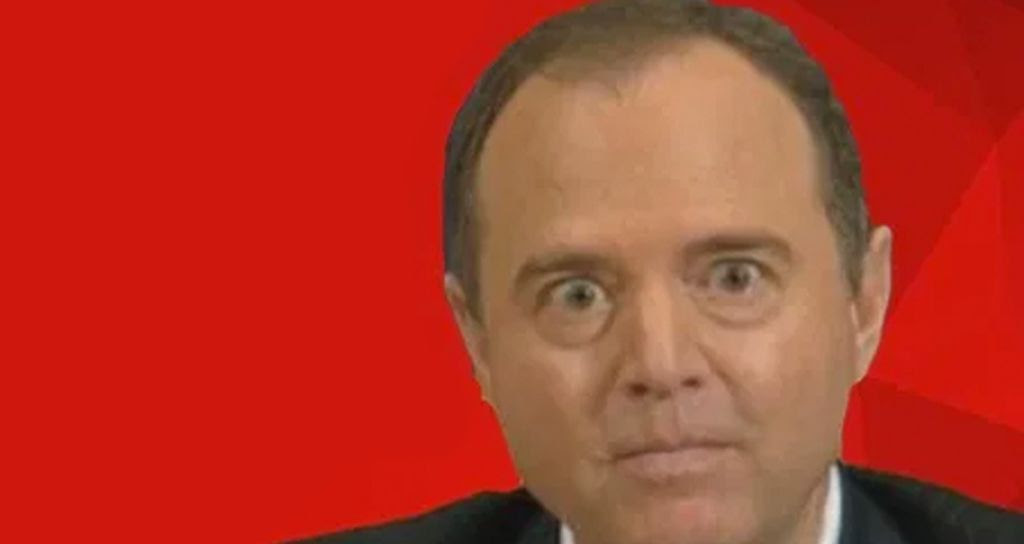 By W. Bruce DelValle
{ americanthinker.com } ~ Beware of those who promise to secure rights by denying them. The clamoring likes of Rep. Andrew Schiff, Conservative Review’s Andrew C. McCarthy, the Washington Post’s Deanna Paul, Professor Steve Vladeck, and others similarly ill-advised -- the “Constitutional Deniers”... are intellectually and historically errant to suggest that the Constitution has no place in congressional proceedings and processes – especially impeachment proceedings. These Constitutional Deniers use the hollow argument that impeachment is not a criminal process, therefore the Sixth Amendment does not apply. While it is a political process, impeachment is shorn more in the cloth of a criminal process than that of a civil proceeding. The arguments to the contrary are devoid of even a modicum of intellectual credibility or historic reflection. The very fact that “high crimes and misdemeanors” are the entry point to begin the impeachment process seems to have evaded the Constitutional Deniers and the witless epigones of the Democratic Party. Federalist 65 recognizes that the impeachment process is a matter of “innocence or guilt” -- alien terms in a civil proceeding. The Constitutional Deniers persist in their ignorance of history and plain language. The Constitution itself clangs a thunderous death knell on their specious argument. Both Article I, Section 3, Clauses 6 and 7 reference “conviction.”   “Conviction” is a word reserved exclusively for criminal proceedings. No one now or has ever been “convicted” in a civil proceeding in the United States. Were impeachments simply civil matters, the language of the Constitution becomes nonsensical. The arguments critical of Senator Rand Paul and President Trump as regards the Sixth Amendment are simply wrong and, indeed, wrongheaded. These Constitutional Deniers would likewise deny the President his right to counsel using the same simplistic argument. The political impeachment process is inarguably intended to be quasi-judicial and quasi-criminal. These are not “civil matters.” A breach of contract failure to pay the caterers or slip and fall on an icy White House sidewalk does not invoke impeachment. Even against this President. The confrontation clause arises from historical instruction: the Bible, Ancient Rome, Shakespeare and the travesty of the Raleigh Case. From the Spanish Inquisition, to Titus Oates, to the Salem Witch Trials, to the infamous Moscow Trials of Stalin’s Great Purge, faceless accusers have spawned massive injustices fueled by disreputable motives in violation of due process...  https://www.americanthinker.com/articles/2019/12/impeachment_and_the_confrontation_clause.html
.
scumbag/liar-Adam Schiff Fails
to Show Up at Impeachment Hearing 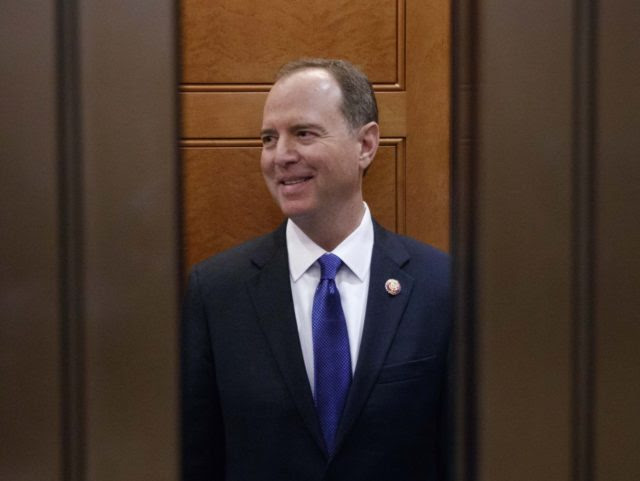 by JOEL B. POLLAK
{ breitbart.com  } ~ House Intelligence Committee Chairman Rep. scumbag/liar-Adam Schiff (D-CA) failed to show up at the presentation of his own committee’s impeachment report at the House Judiciary Committee on Monday... “The star witness failed to show up!” exclaimed Ranking Member Rep. Doug Collins (R-GA).Schiff’s 300-page report, released last Tuesday afternoon, is the only “evidence” to be presented in the impeachment inquiry. Speaker of the House liar-Nancy Pelosi (D-CA) instructed Judiciary Committee Chairman scumbag liar-Jerrold Nadler (D-NY) last Thursday to begin drafting articles of impeachment on that basis. But the man who has driven the impeachment inquiry for several months — primarily behind closed doors, in the Special Compartmentalized Information Facility (SCIF) in the basement of the U.S. Capitol — did not show up in person. Ranking Member Rep. Devin Nunes (R-CA) was present, as were counsel for both the majority and minority on the Intelligence Committee. Collins observed: “Mr. Nunes is here! His staff is here! The leading headline is there: ‘scumbag/liar-Schiff Report’ — but where’s Mr. scumbag/liar-Schiff?” He noted that Special Counsel Robert Mueller had testified about his report before the committee, earlier in the year, and that Independent Counsel Ken Starr presented his report in the 1998 impeachment inquiry into President scumbag/liar-Bill Clinton. scumbag/liar-Schiff is under increasing scrutiny — not only for his staff’s early contact with the so-called “whistleblower,” but also because his committee’s reports included phone records of Nunes’s calls, along with calls involving the president’s lawyer, Rudy Giuliani, and reporter John Solomon, among others. Nunes and other Republicans have raised objections to the inclusion of the records, which they say were obtained improperly and which they say are inaccurate. Not even the media asking where is he?   https://www.breitbart.com/politics/2019/12/09/adam-schiff-fails-to-show-up-at-impeachment-hearing/
.
Why the Law?

Thomas Gallatin:  The long-anticipated report from Inspector General Michael Horowitz on abuse of FISA relating to surveilling Donald Trump’s campaign is due to be publicly released today. So, what should expectations be? The best answer is to expect a bit of a mixed bag. This is due in part to the role of IGs in general. Horowitz’s report, while concerned with exposing wrongdoing, will likely focus only on specific individuals within the FBI rather than any larger possible deep-state conspiracy. By its very nature — and by rule — Horowitz’s investigation was limited in scope to interview only current agency employees. This is why many folks are more focused on U.S. Attorney John Durham’s criminal investigation.

However, while Horowitz’s report may not be the bombshell many conservatives have anticipated, it should provide important answers to some burning questions. For instance, what was the actual criminal allegation the FBI made against Trump campaign aide Carter Page? Did the Justice Department follow the proper procedures in applying for the FISA warrant? As has long been alleged, did the FBI’s application to the FISA court present false or misleading information? If so, who all was directly involved in crafting the application?

Also look for answers for why the FBI’s Bruce Ohr continued to have contact with British ex-spy Christopher Steele after the FBI had terminated his role as an informant. Who set up Ohr as a go-between with Steele and FBI leadership? Former Deputy Attorney General Rod Rosenstein said it wasn’t him. There’s also the question as to whether the FBI used Ohr’s wife Nellie, who then worked for scumbag/liar-Hillary Clinton-hired opposition research firm Fusion GPS, to help obtain the FISA warrant.

Questions surround the timing of when the FBI actually launched its surveillance of the Trump campaign, known as Crossfire Hurricane. Officially the FBI stated it began on July 31, 2016; however, it is now known that the FBI had already begun an investigation of the Trump campaign earlier.

Finally, the Leftmedia has for several weeks been spinning supposedly leaked information suggesting Horowitz’s report will amount to little more than a nothing-burger. Don’t expect the media to change their tune once the lengthy report is released. There should be some insight into how Durham’s criminal investigation overlaps, which will give a better picture of what he has uncovered and what crime he is pursuing.