0
TheFrontPageCover
~ Featuring ~
A Fascist Right -- or a Hysterical Left?
by Pat Buchanan

by rickwells.us
{ rickwells.us } ~ Congressman Louie Gohmert joins Lou Dobbs in search of an explanation for why Paul Ryan remains Speaker of the House... with Dobbs observing that he would expect every House Republican to have gotten a belly full of Paul Ryan by this point. Gohmert points out that the flaw in Dobb’s thinking that sets him apart from Congress is that he is actually thinking, something the governing body doesn’t do a lot of. Gohmert goes back to the 2016 election and comments made by Ryan, that President Trump heard things from the electorate that nobody else was hearing and relates having told Ryan at the time, “Some of us were saying the same thing.” Ryan shrugged it off as a superficial, empty attempt to  patronize by offering a disingenuous compliment to the President-Elect. Gohmert tried to get through to Ryan, responding, “But that’s the problem. You haven’t been listening to the people that got Trump elected. You didn’t support his idea of having a wall. You’ve supported some form of amnesty, legalization all along, and on a totally secure border you haven’t been there.” Gohmert asked for assurances at the time that Ryan would support what got Trump elected...
https://rickwells.us/gohmert-ryan-trump-amnesty/
VIDEO:  https://www.youtube.com/watch?v=ANl4PQlZiJk
.
GOP Lawmakers Introduce Censure Measure,
Call On mad-Maxine Waters To Resign

by Scott Morefield
{ dailycaller.com } ~ Arizona Rep. Andy Biggs on Monday introduced a measure that would censure Rep. mad-Maxine Waters and ask her to resign... for inciting people to publicly confront Trump administration officials. Biggs told The Hill that mad-Waters’ comments do “not become somebody who’s in Congress” and warrant disciplinary action. “So we just introduced it, we have some cosponsors, but what she did was to basically incite people to come after and attack members of the president’s cabinet,” the Arizona Republican told The Hill. “And also spread that out to more people.” “Everybody agrees that it was just highly objectionable what she did,” he added...The dummycrats-dems need to get on board on this.
http://dailycaller.com/2018/06/25/gop-censure-maxine-waters-resign/?utm_medium=email
.
dummycrats-Democrats Avoid Blowback While Refusing
To Sign Onto Any Bill That Fixes Broken Immigration System

by Robert Donachie
{ dailycaller.com } ~ dummycrats-Democrats are heavily protesting Republican offices and members of President Donald Trump’s administration over their immigration policies... but are repeatedly unwilling to do anything about the root causes that drive so many illegally across American borders. Multiple Republicans in the House and Senate crafted proposals in June to deal with family separation. They even went a step further, attempting to address both the causes and consequences of illegal immigration, like the lack of judicial infrastructure to deal with the massive waves of migrants entering the country illegally. Trump and the White House spent the entirety of a week in June receiving criticism for the decision to enforce what is called a “zero tolerance” immigration policy, which resulted in the separation of children from their parents. The policy was to separate children from their parents or from the adult who brought them who illegally immigrated to the U.S., arguing it is necessary to deter future individuals from crossing the border outside the proper, legal channels...
http://dailycaller.com/2018/06/25/democrats-immigration-signing/?utm_medium=email
.
Brexit bill becomes law, allowing UK to leave European Union

by Ryan Gaydos
{ foxnews.com } ~ The British government’s so-called Brexit legislation that would allow the country to leave European Union became law Tuesday... after Queen Elizabeth II gave her approval. House Commons Speaker John Bercow announced that the European Union Withdrawal Bill received royal assent and passed into law. The announcement was cheered by pro-Brexit officials. “I have to notify the House in accordance with the Royal Assent Act 1967 that her Majesty has signified her royal assent to the following acts ... European Union Withdrawal Act 2018,” Bercow said. The bill was finally approved after months of debate. The legislation will translate thousands of pieces of EU law into British statute. Pro-EU lawmakers and members of the House of Lords tried to amend it to soften the terms of Britain's departure from the bloc...  http://www.foxnews.com/world/2018/06/26/brexit-bill-becomes-law-allowing-uk-to-leave-european-union.html
.
Mark Meadows Rips DOJ on FBI Documents 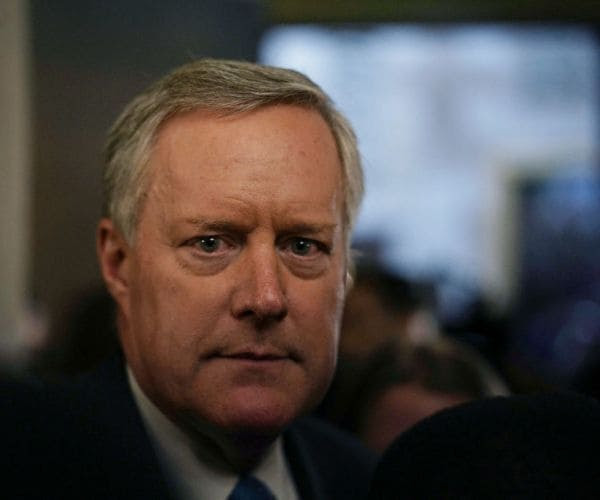 by Todd Beamon
{ newsmax.com } ~ House Freedom Caucus Chairman Rep. Mark Meadows took to Twitter on Saturday to attack... the Justice Department for only turning over "a small percentage" of the document Congress has subpoenaed on the Russia investigation. "New reports of DOJ/FBI compliance with document requests are NOT accurate," the North Carolina Republican tweeted. "While they have turned over additional documents, the new documents represent a small percentage of what they owe. "The notion that DOJ/FBI have been forthcoming with Congress is false." The Justice Department said Saturday that it had given Congress a new classified information on the Moscow probe...   https://www.newsmax.com/politics/mark-meadows-fbi-department-of-justice-documents/2018/06/23/id/867941/?oRef=idealmedia
.

.
A Fascist Right -- or a Hysterical Left? 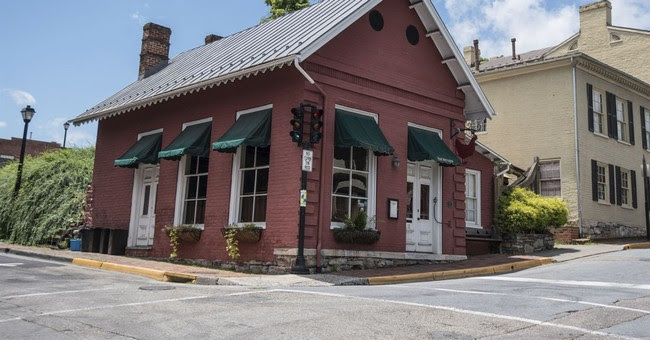 by Pat Buchanan
{ townhall.com } ~ If Trump's supporters are truly "a basket of deplorables ... racist, sexist, homophobic, xenophobic, Islamophobic" and "irredeemable," as liar-Hillary Clinton described them to an LGBT crowd, is not shunning and shaming the proper way to deal with them?

So a growing slice of the American left has come to believe.

Friday, gay waiters at the Red Hen in Lexington, Virginia, appalled that White House Press Secretary Sarah Huckabee Sanders was being served, had the chef call the owner. All decided to ask Sanders' party to leave.

When news reached the left coast, Congresswoman mad-Maxine Waters was ecstatic, yelling to a crowd, "God is on our side!"

mad-Maxine's raving went on: "And so, let's stay the course. Let's make sure we show up wherever ... you see anybody from that Cabinet in a restaurant, in a department store, at a gasoline station, you get out and you create a crowd and you push back on them, and you tell them they're not welcome anymore, anywhere."

Apparently, the left had been issued its marching orders.

Homeland Security Secretary Kirstjen Nielsen was heckled and booed at a Mexican restaurant last week, and then hassled by a mob outside her home. White House aide Steven Miller was called out as a "fascist" while dining in D.C. Florida Attorney General Pam Bondi was driven from a movie theater.

House Majority Whip Steve Scalise was wounded, almost mortally. Had it not been for Scalise's security detail, Hodgkinson might have carried out a mass atrocity.

And the cultural atmosphere is becoming toxic.

Actor Robert De Niro brings a Hollywood crowd to its feet with cries of "F--- Trump!" Peter Fonda says that 12-year-old Barron Trump should be locked up with pedophiles. Comedienne Kathy Griffin holds up a picture of the decapitated head of the president.

To suggest what may be happening to the separated children of illegal migrants, ex-CIA Director Michael Hayden puts on social media a photo of the entrance to the Nazi camp at Auschwitz-Birkenau.

What does this tell us about America in 2018?

The left, to the point of irrationality, despises a triumphant Trumpian right and believes that to equate it with fascists is not only legitimate, but a sign that the accusers are the real moral, righteous and courageous dissenters in these terrible times.

Historians are calling the outbursts of hate unprecedented. They are not.

In 1968, mobs cursed Lyndon Johnson, who had passed all the civil rights laws, howling, "Hey, hey, LBJ: How many kids did you kill today!"

After Dr. King's assassination, a hundred cities, including the capital, were looted and burned. Scores died. U.S. troops and the National Guard were called out to restore order. Soldiers returning from Vietnam were spat upon. Cops were gunned down by urban terrorists. Bombings and bomb attempts were everyday occurrences. Campuses were closed down. In May 1971, tens of thousands of radicals went on a rampage to shut down D.C.

A cautionary note to progressives: Extremism is how the left lost the future to Nixon and Reagan.

But though our media may act like this is 1968, we are not there, yet. That was history; this is still largely farce.

The comparisons with Nazi Germany are absurd. Does anyone truly believe that the centers where the children of illegal migrants are being held, run as they are by liberal bureaucrats from the Department of Health and Human Services, are like Stalin's Gulag or Hitler's camps?

This is hyperbole born of hysteria and hate.

Consider. Two million Americans are in jails and prisons, all torn from their families and children. How many TV hours have been devoted to showing what those kids are going through?

Thirty percent of all American children grow up with only one parent.

How many TV specials have been devoted to kids separated for months, sometimes years, sometimes forever, from fathers and mothers serving in the military and doing tours of duty overseas in our endless wars?

Because of U.S. support for the UAE-Saudi war against the Houthi rebels in Yemen, hundreds of thousands of children face the threat of famine. Those Yemeni kids are not being served burgers in day care centers.


How many Western TV cameras are recording their suffering?

When it comes to the rhetoric of hate, the cursing of politicians, the shouting down of speakers, the right is not innocent, but the left is infinitely more guilty. It was to the Donald Trump rallies, not the commie-Bernie Sanders rallies, that the provocateurs came to start the fights.

Why? Because if you have been told and believe your opponents are fascists, then their gatherings are deserving not of respect but of disruption.

And, as was true in the 1960s, if you manifest your contempt, you will receive the indulgence of a media that will celebrate your superior morality.https://townhall.com/columnists/patbuchanan/2018/06/26/a-fascist-right--or-a-hysterical-left-n2494346?utm_source=thdaily&utm_medium=email&utm_campaign=nl&newsletterad=
E-mail me when people leave their comments –
Follow