by MIchael DePinto
{freedomoutpost.com} ~ The dishonest media may be continuing to ignore and deride liar-nObamagate, but this is one scandal that they won’t be able to cover up with their 24/7 news cycle... More and more evidence continues to validate the wiretapping claim, and the latest revelation shows that Trump was far from the only prominent one being monitored; the latest list by a former NSA and CIA contractor shows that the Chief Justice of the Supreme Court, 156 judges, and other prominent individuals were also on the list. In the following video, Right Wing News looks at the Orwellian state that we have allowed our country to fall into, all in the name of national security. The Deep State’s co-opting of our national security apparatus has allowed them to exert illegal and unconstitutional influence over the executive, legislative, and judiciary.  http://freedomoutpost.com/nsacia-whistleblower-claims-to-have-hard-evidence-obama-spied-on-156-judges-businessmen/
VIDEO:  https://www.youtube.com/watch?v=701u3FELPxQ
.
Washington’s Little Known Spy Agency

by Stephen Lendman
{thesleuthjournal.com} ~ US spying is institutionalized – on anyone, anywhere for any reason or none at all. Invented national security threats, targeting dissent and whistleblowers, along with challenging press freedom undermine fundamental rights... In Palko v. Connecticut (1937), the Supreme Court called “freedom of thought the matrix, the indispensable condition, of nearly every other form of freedom.” In Texas v. Johnson (1989), Justice William Brennan, writing for the majority, said “if there is a bedrock principle underlying the First Amendment, it is that government may not prohibit the expression of an idea simply because society finds the idea offensive or disagreeable.”... Our people are guaranteed the right to express any thought, free from government censorship” – along with having all other constitutional protections... http://www.thesleuthjournal.com/washingtons-little-known-spy-agency/
.
Freedom Caucus Members:
Health Care Debate ‘Isn’t Over’ 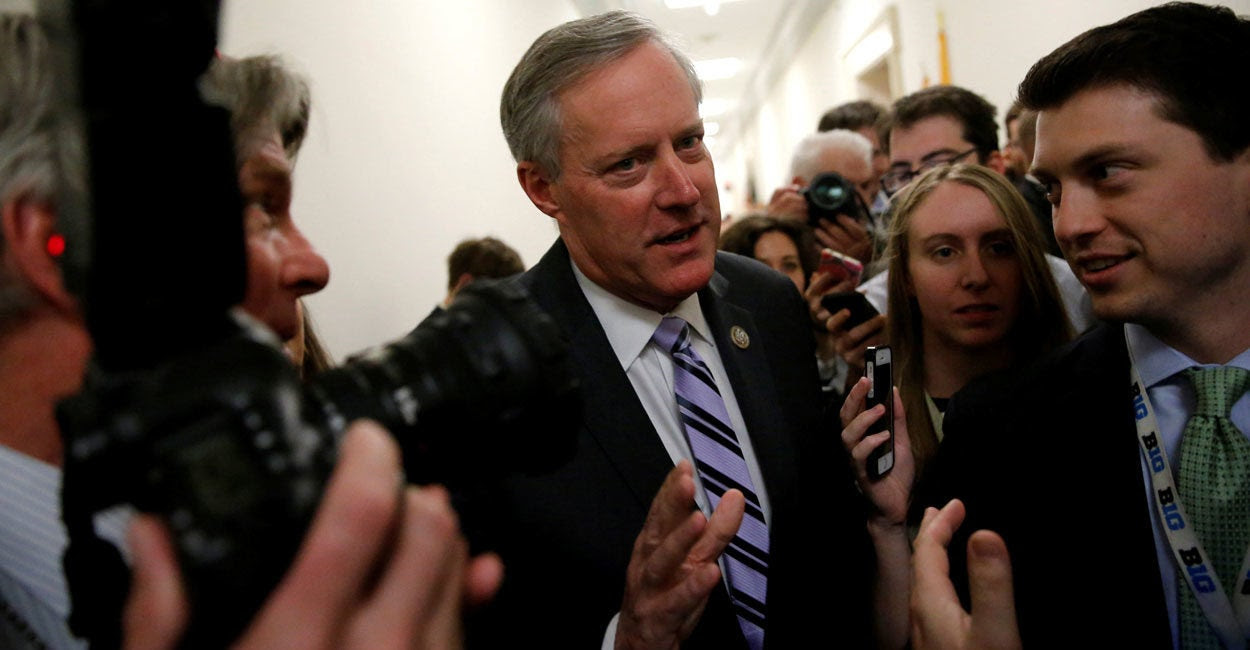 by Kelsey Harkness
{dailysignal.com} ~ In the aftermath of the House GOP’s health care bill being pulled from a vote Friday, conservatives vowed to continue working with the fractured Republican conference toward health care reform... “This is not the end of the debate,” Mark Meadows, a Republican from North Carolina and chairman of the House Freedom Caucus, said on ABC’s “This Week.” President Donald Trump, he added, “will deliver” on health care reform. Republicans had scheduled a long-awaited vote Friday on the American Health Care Act, a bill that would have partially repealed liar-nObamacare. But after failing to win the support of members of the Freedom Caucus, along with some centrist Republicans, House Speaker Paul Ryan pulled the bill...  http://dailysignal.com/2017/03/26/freedom-caucus-members-health-care-debate-isnt-over/?utm_source=TDS_Email&utm_medium=email&utm_campaign=MorningBell&mkt_tok=eyJpIjoiTlRVMk16bGxOekUyT1RoaiIsInQiOiJxUFJqV0NkVWlaZkw5WXpMXC94eXlwMWVhTkRHR2VkRktMNUYwVmM0eXN6enRQdXJcL3JqSUR6QnFFdlNqc0NyMDVkdVAyeXFvQVlhendyYW9teEZCNjhySmVVZHMyNTF4cVR2RWIzUnNZdlwvdFpLOFFiYjBEU1NHZVJcL2tSMkVsNjQifQ%3D%3D
.
When the Law Opposes
the Truth Rather Than Protects It 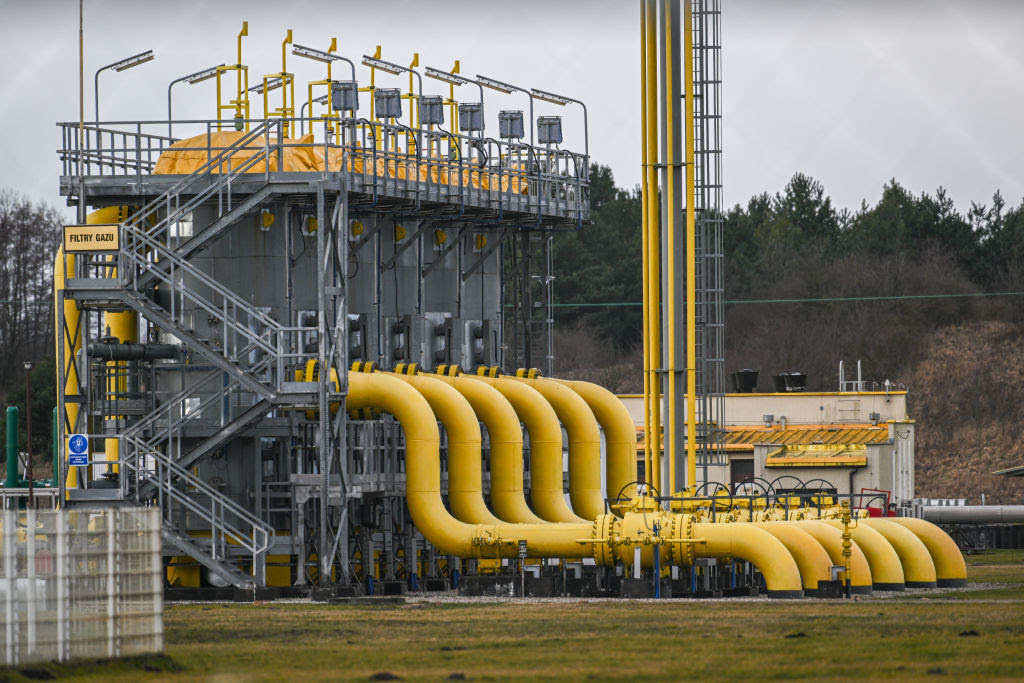 by Douglas Murray
{gatestoneinstitute.org} ~ The Canadian government suffers from many things. Among them is bad timing. On Thursday of last week, the Canadian Parliament voted through a blasphemy law specifically designed to protect Islam... As Al-Jazeera was happy to report on Friday, the previous day's vote condemned "Islamophobia and all forms of systemic racism and religious discrimination." The non-binding motion that the Parliament passed also requested that a Parliamentary committee should launch a study to look at how to "develop a whole-of-government approach to reducing or eliminating systemic racism and religious discrimination, including Islamophobia". The motion passed by 201 votes to 91. It is just as well for those 201 Canadian legislators that they were debating all this in their distinguished national Parliament rather than the mother of all Parliaments. For had these legislators been in the House of Commons in Westminster, their thoughts may have taken on a sharper focus...
https://www.gatestoneinstitute.org/10118/canada-islamophobia-censorship
.
Nebraska Stacking Electoral Deck with Voter
Registration Forms in Refugee Welcome Kits

by ANDREW WEST
{familysecuritymatters.org} ~ While Europe continues to cope with an influx of violent and often sexual crimes, occurring proportionally higher in locales whose populations have been affected by massive refugee resettlements... former President Barack liar-nObama foolishly encouraged American cities to openly accept these dangerous immigrants during the last few months of his lame duck term. Now, with Donald Trump and the republicans working to curb the inflow of possibly nefarious characters during these resettlements, democratic operatives in Nebraska are fighting back with a sneaky plan to bolster their voting numbers... http://www.familysecuritymatters.org/publications/detail/nebraska-stacking-electoral-deck-with-voter-registration-forms-in-refugee-welcome-kits?f=must_reads
.

.
High Anxiety Over Health-Care Reform
by Peggy Noonan
{patriotpost.us} ~What politicians, those hardy folk, don’t understand about health care is how anxious it makes their constituents. Not suspicious, not obstinate, but anxious. Because unlike such policy questions as tax reform, health care can be an immediate life-or-death issue for you. It has to do with whether, when, and where you can get the chemo if you’re sick, and how long they’ll let you stay in the hospital when you have nobody, or nobody reliable and nearby, to care for you. To make it worse, the issue is all hopelessly complicated and complex and pits you as an individual against huge institutions — the insurance company that doesn’t answer the phone, the hospital that says “I’m afraid that’s not covered” — and you have to make the right decisions.

Politicians don’t understand all this, in part because they and their families are well-covered on a government insurance policy, and they have staff to put in the claim and argue with the insurance company, which, when it’s a congressman calling, answers the phone in one quick hurry. They don’t know it’s not easy for everyone else. Or rather they know on some abstract level but forget in the day-to-day, as one does with abstractions.

But I want to speak of how it’s all on you: You don’t want to be seen — by others, by yourself — as someone who couldn’t make the right decisions for yourself and your family. “She didn’t know she needed Part B.” “She got the supplement that says she can’t be treated in Jersey.” You don’t want to be humiliated. “What a dope.” “What fatal lack of sophistication.”

And then these jokers in Congress come along. Seven years ago it’s Democrats: “Wow, we’re so supercompetent, we’ll make it better!” And suddenly you lose your doctor or your coverage, or your premiums spike, and it’s a mess. They can’t even make the website work. And you’re anxious, and you have to renavigate an entire opaque empire of rules and passive-aggressive clerks. It’s a shadow on your life.

And then it settles down, as things do after seven years. You hate the system, but it is what it is and you’re used to it. And now these new jokers come along and say, “We’ll make it nice, trust us!” And it’s all big and complicated — so complicated the president negotiating it appears to have no idea what he’s saying yes or no to. But the effects and implications of his decisions will all be left on you. And you watch from the corner of your eye as you pass the TV, and suddenly your blood pressure’s spiking again. For you it’s all more anxiety and dishevelment and confusion, but in a new package, this time delivered by Republicans.

When all you want is the card in the wallet so when you’re strapped to the gurney in the emergency room, they’ll see it and they’ll say the word you want to hear: “Covered.” Then you can happily pass out.

People need simplicity and clarity. They deserve it. They’ll pay for it as best they can, a lot if they have to. But they need not to be jerked around anymore.

And that is what Congress doesn’t know.

We go now to the failure of the liar-nObamaCare repeal-and-replace bill.

Politically it’s all obvious. For the new administration it is a loss and a significant one. It has damaged the new president’s prestige. Every president until he fails has the aura of unused power. Boy, when I use it, you’re gonna see muscle. He used it. No muscle. Fatal? No. Damaging and diminishing? Yes. It is an embarrassment too for Speaker Paul Ryan. Together they could not get a win on the board after they threw everything they have into it. This does not speak well for everything they have.

They picked the wrong issue at the wrong time and pursued it in the wrong way. “Constituent, should we focus on a better tax system or on health care?” “Um, if you go with health care can it include suicide coverage?”

The failure of the bill demonstrated something no president, especially a new one, ever wants made public. That is that Republicans in the House do not really fear him.

When members of your party fear you, they are fearing one thing: your popularity. You can harness it to hurt them if they’re uncooperative. But Mr. Trump doesn’t have that much popularity, as they know. He’s at 40% or thereabouts in his approval numbers. And on this bill he couldn’t tell his supporters to go out and cream congressmen who would vote against him, because his own supporters don’t much like the bill.

The central dynamic behind the bill’s difficulties is that the Republican conference in the House is divided between institutionalists, who support the leadership; conservatives, who found the bill too soft; and moderates, who found it too hard. By putting forward the bill, they allowed this division — which was wholly predictable and may be irreconcilable — to play out as a public breakdown rather than an impasse.

The president made a political mistake in throwing his lot with the leadership, and then conservatives, not Republican moderates, and then Democrats.

A mere poll probably contributed to the collapse of support. That would be the Quinnipiac survey published Thursday, just hours before the delay in the vote. It found the repeal-and-replace bill highly unpopular. Only 17% of respondents approved of the bill, with 56% opposed and 26% undecided. Bloomberg’s Sahil Kapur, reading the cross tabs, noted on Twitter that the bill was 26 points underwater among noncollege whites, and an astounding 46 points underwater among voters 50 to 64. “This is Trump’s base,” Mr. Kapur noted.

When your own base doesn’t like the bill on which you’ve staked your early legislative prestige, you have made a political error of the first order.

Seven years ago, when liar-nObamaCare was on its way to passing with not a single Republican vote, I called it a catastrophic victory. It wouldn’t work; the government would not be able to execute; it was a Rube Goldberg machine. It was a bill created not by visionaries or political masters but by technocrats — and the worst kind of technocrat, the one who sees himself as a secret visionary. On top of that the Democrats would always own it, and when the program failed, Republicans would have no motivation to help them save it.

That is what RyanCare or TrumpCare would have been if it had passed: a catastrophic victory. No Democratic support, an opaque and impossible-to-understand bill, one that is complex and complicated, one that would be unpopular back home. And created by technocrats who think themselves visionaries.

When Mr. Trump wins, he wins big, and when he flops, he flops big. He just did.

A proper White House reaction? Not anger, bluff and bluster, not finger-pointing or defensiveness but modesty and calm. And this: Offer to work with Democrats and moderate Republicans to create legislation that will help and can pass.