.
All Those Who Torched Felon John Dean
During the Dems Kangaroo Court 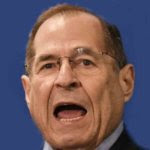 by S.Noble
{ independentsentinel.com } ~ All three ‘witnesses’ during today’s testimony at Jerrold Nadler’s kangaroo court are regular guests on Rachel Maddow’s show on MSNBC... and are hyper-partisans who have been very vocal in ripping the President. Biased felon John Dean was especially easy pickings for Republicans. Rep. Jordan cornered Dean on his advice to Michael Cohen’s attorney. Michael Cohen followed felon John Dean’s advice to hold his testimony as long as possible from Republicans. Dean gave the advice to Cohen’s lawyer Lanny Davis. Michael Cohen took his advice and then lied seven times, Rep. Jim Jordan said. Dean is still slippery. He told Rep. Jordan he did not go to prison at the end of this clip. In fact, he was sentenced to four months in a federal pen and served his time in a fort. Basically, Dean advised Lanny Davis to obstruct the House Committee. Jordan ripped into his poor character which isn’t hard to do. Republican Georgia Rep. Doug Collins, the top Republican on the House Judiciary Committee, blasted Democrats on the committee Monday for calling in former White House counsel and Watergate whistleblower John Dean to testify on the Mueller report. Matt Gaetz torched Dean also. Whatever reputation Dean had is destroyed with anyone paying attention. He got Dean to admit he has made a cottage industry out of claiming Republican presidents are guilty of Watergate-style crimes...
https://www.independentsentinel.com/all-those-who-torched-felon-john-dean-during-the-dems-kangaroo-court/
VIDEO 1:  https://www.youtube.com/watch?v=4q2Y6pQ7FoE
VIDEO 2:  https://twitter.com/GOP/status/1138187770692874241?ref_src=twsrc%5Etfw%7Ctwcamp%5Etweetembed%7Ctwterm%5E1138187770692874241%7Ctwgr%5E393039363b74776565745f6d65646961&ref_url=https%3A%2F%2Fwww.independentsentinel.com%2Fall-those-who-torched-felon-john-dean-during-the-dems-kangaroo-court%2F
VIDEO 3:  https://www.youtube.com/watch?v=47_RAIgr_uY
VIDEO 4:  https://www.youtube.com/watch?v=tet1lfGHtAc
.
DOJ Agrees to Turn Over Mueller
Evidence to House 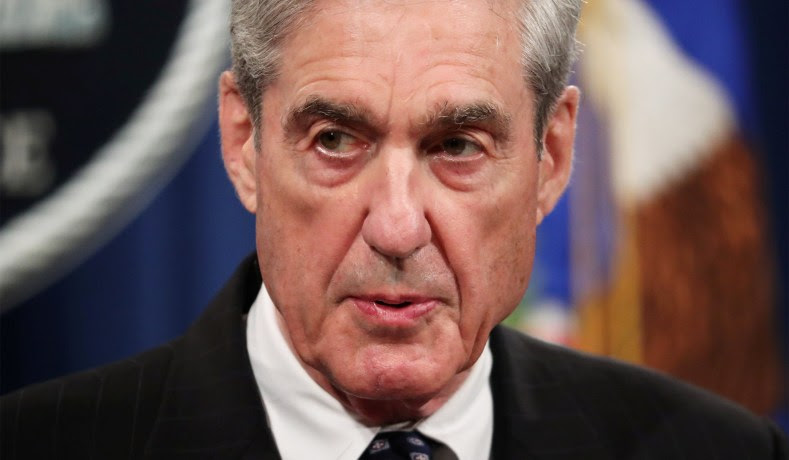 by Jack Crowe
{ nationalreview.com } ~ After weeks of negotiation, the Department of Justice has agreed to turn over to lawmakers key documentary evidence collected by Special Counsel Robert Mueller... the House Judiciary Committee announced Monday. The DOJ’s newfound willingness to furnish the documents appears to be the product of an agreement between the Trump administration and Judiciary Committee chairman scumbag liar-Jerry Nadler, who announced Monday that he will not hold Attorney General William Barr in contempt, as he had previously threatened to do.  “I am pleased to announce that the Department of Justice has agreed to begin complying with our committee’s subpoena by opening Robert Mueller’s most important files to us, providing us with key evidence that the special counsel used to assess whether the President and others obstructed justice or were engaged in other misconduct,” scumbag liar-Nadler said. “All members of the Judiciary Committee — Democrats and Republicans alike — will be able to view them. These documents will allow us to perform our Constitutional duties and decide how to respond to the allegations laid out against the President by the Special Counsel.”The House moved to hold Barr in contempt after he refused to turn over Mueller’s full unredacted report due to constraints imposed on him by federal law. While he has agreed to halt the push to hold Barr in contempt for now, scumbag liar-Nadler reserved the right to impose further sanctions “if important information is held back.” While the House will still not be given access to Mueller’s full unredacted report, it will now receive a cache of documents, including FBI witness-interview summaries, contemporaneous notes, and memos cited in the report. The documents are expected to further lawmakers’ probe into the numerous instances in which Trump attempted to obstruct or otherwise influence Mueller’s probe. The agreement was announced hours before the Judiciary Committee is scheduled to begin its first round of hearings on Mueller’s investigation and the president’s attempts to obstruct it. Since the Trump administration has blocked key witnesses, such as former White House Counsel Don McGahn, from testifying, Democrats have resorted to calling John Dean, who served as White House counsel to Richard Nixon, as their first witness. The Mueller report and the years of investigation are worthless.  https://www.nationalreview.com/news/robert-mueller-investigation-evidence-turned-over-to-house/
.
Boy & Girl Scouts Trained
to Support Terror in Michigan

by Ryan Mauro with Justen Charters and Alex VanNess
{ clarionproject.org } ~ Iranian regime and Hezbollah supporters have set up Boy & and Girl Scout branches in Michigan... In fact, the Boy Scouts of America website officially recognizes one Islamist-linked Boy Scout pack in the state, listing a Cub Scout branch, Pack 1139, at the Bint Jebail Cultural Center in Dearborn. Cub Scouts are for children from kindergarten through fifth grade. In 2017, the Muslim Scouts of Michigan held its Waiyullah Camp where the boys and girls were taught by a radical supporter of the Iranian theocracy and Hezbollah, Sheikh Usama Abdulghani. The sheikh preaches that Muslims must follow the commands of Iranian Supreme Leader Khamenei and Hezbollah leader Hassan Nasrallah. He has also said that ISIS is a secret front for Israel and the West as part of their war against Islam. An older website for the Muslim Scouts of America, last updated in 2014, shows that it previously had a weekly program every Sunday at the Islamic Institute of Knowledge in Dearborn. This mosque has a history of honoring Ayatollah Khomeini, the leader of the 1979 Islamic Revolution in Iran and founder of the current theocracy. The Bint Jebail Cultural Center, which is largely Lebanese, says  its Boy Scout branch was started in 1997 “through the Boy Scouts of America.” It was founded by Hajji Khalil Baydoun, the treasurer of the Bint Jebail Cultural Center’s executive board. In 2001, it took on the name of the Muslim Scouts of Michigan. This development started:“…bringing our religion and heritage to our scouting program. Although not an Islamic school, this is where our religion is put into practice and carried out on a daily basis through the Scout Law and Oath  … All along this journey to become an Eagle Scout, our religious morals are being instilled and put into action.”...   https://clarionproject.org/boy-girl-scouts-trained-support-terror-michigan/?utm_source=Clarion+Project+Newsletter&utm_campaign=e42b849392-EMAIL_CAMPAIGN_2019_03_17_12_03_COPY_02&utm_medium=email&utm_term=0_60abb35148-e42b849392-6442509&mc_cid=e42b849392&mc_eid=b83b13a9b5
.
Iran’s foreign minister: Netanyahu wants
to destroy us, and we will respond 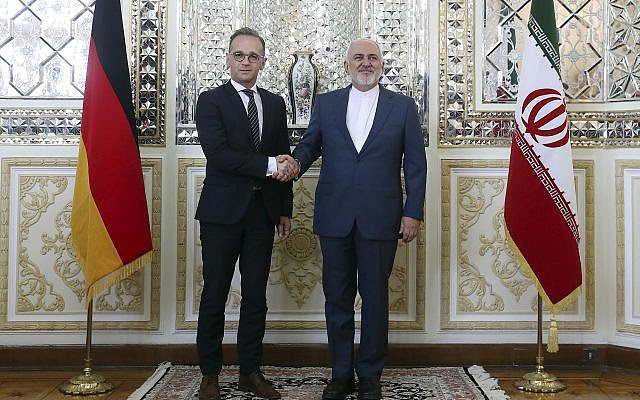 by timesofisrael.com:  Iranian Foreign Minister Mohammad Javad Zarif warned Monday that Tehran will not remain passive in response to what it says are threats from Prime Minister Benjamin Netanyahu to destroy Iran... “You should ask a regime possessing nuclear weapons about how Netanyahu stands next to the Dimona reactor, a nuclear weapons site, and says Iran should be destroyed,” Zarif said at a press conference in Tehran alongside visiting German Foreign Minister Heiko Maas.Israel has long maintained an official position of ambiguity with regards to its nuclear capabilities. According to Iran’s Tasnim news agency, which provided an English translation of his remarks, Zarif was referring to comments Netanyahu made in August 2018 during a visit to Israel’s secretive nuclear site in Dimona. At the time Netanyahu warned that those who seek to destroy Israel put themselves in danger of suffering the same fate instead. The Iranian regime routinely threatens and anticipates the destruction of Israel, and funds and arms anti-Israel terrorist groups in Gaza, the West Bank and Lebanon. Iran’s Supreme leader, Ayatollah Ali Khamenei, frequently  refers to Israel as a cancer that must be eradicated, and has set out detailed plans for its elimination. Israel has repeatedly warned that Iran is seeking a nuclear arsenal in order to destroy it, and Netanyahu has led international opposition to the 2015 P5+1 nuclear deal with Iran...  https://www.timesofisrael.com/irans-top-envoy-netanyahu-wants-to-destroy-us-and-we-will-respond/?utm_source=The+Daily+Edition&utm_campaign=daily-edition-2019-06-10&utm_medium=email
.
Who Does the Media Most Want to Silence? by Heather Higgins
{prageru.com} ~ In the mainstream media, women on the left are almost always portrayed as paragons of compassion and virtue... But when it comes to conservative women, it’s a different story. Why is this? Heather Higgins, chairman of the Independent Women’s Forum, explains the reasons behind the double standard.  https://www.prageru.com/video/who-does-the-media-most-want-to-silence/
.

.
Leftmedia: 'The Recession Is Coming!'

Nate Jackson:  The jobs report for May, released last Friday, was not only unimpressive but could be construed as worrisome. The economy added an anemic 75,000 jobs instead of an expected gain of 180,000, and previous reports for March and April were reduced by 75,000 jobs. “It’s time to start worrying about the economy,” The Washington Post tells us. But is it?

The Post does paint a disconcerting picture of fewer job openings, slower wage growth, and lackluster progress for people “in the prime of their working years,” all while there’s a European debt crisis and the Chinese economy is slowing down. Over all of it, we’re told, looms “Trump’s trade war.”

This doesn’t quite sink to the level of fake news, but the Post is most definitely regurgitating the Democratic National Committee’s talking points. Democrats’ best hope for retaking the White House in 2020 is a recession, and they’re pushing for one in every way they can.

A few points about trade. It is true that tariffs hurt some sectors of the economy while arguably aiding others. It is also true that many Republicans — and even more so the conservative commentariat — are (accurately) warning about the cost of President Donald Trump’s tariffs. Trump called himself “the Tariff Man,” and he generally advocates tariffs as sound trade policy. “Tariffs are a beautiful thing when you are the piggy bank,” he insisted today. GOP orthodoxy for decades has been just the opposite, and many Republicans are distancing themselves from Trump’s tariffs both as genuine disagreement and as political cover when they hear from constituents hurt by those tariffs. It’s interesting that Trump isn’t blowing that political cover with Twitter tirades, but there’s no question he’s upsetting the status quo apple cart.

Oh, and by the way, Trump didn’t start this trade war — China did decades ago. Whether his chosen tool will rectify the problem remains to be seen, but he’s at least confronting Beijing’s Red leaders, which is something no one else in Washington was willing to do.

Finally, the economy is all about confidence. Tax cuts and deregulation vastly improved confidence for businesses and consumers, while tariff fights — particularly as portrayed by the media — depress that confidence. It’s almost impossible for the short-attention-span, 24/7-news-cycle crowd to maintain a strategic perspective about the long-running economic issues at play here, but the American economy is quite resilient. The problems didn’t manifest overnight and they won’t be fixed that quickly either.  ~The Patriot Post