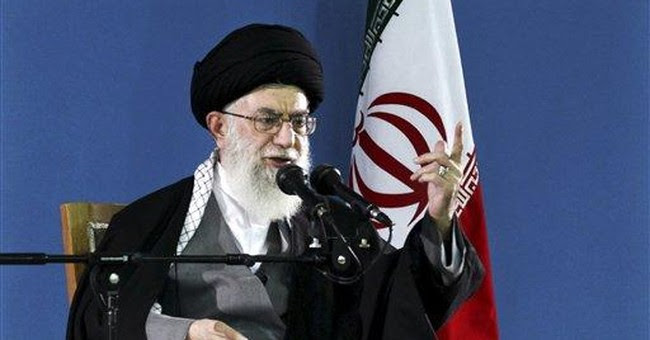 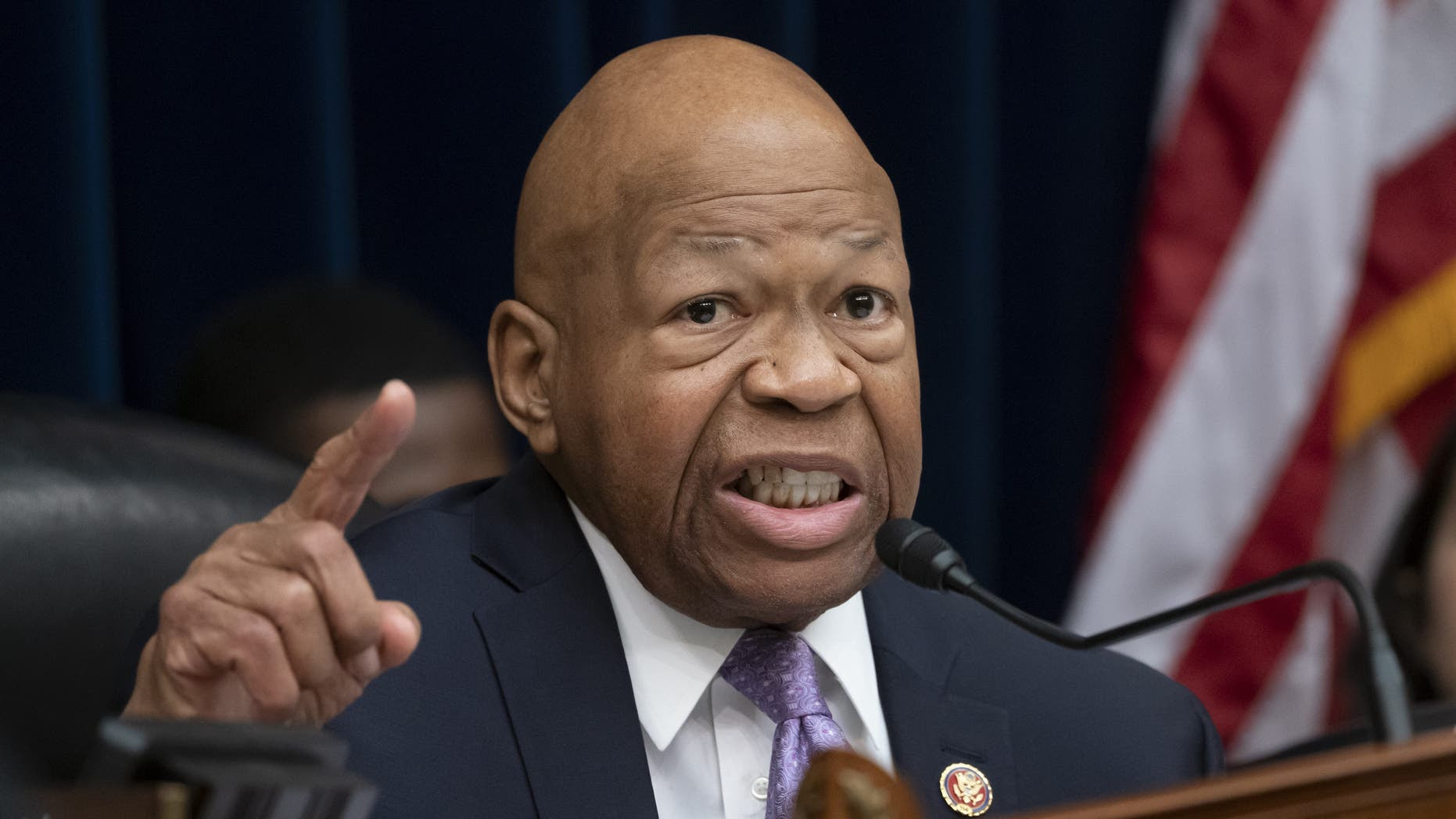 by Gregg Re
{foxnews.com} ~ A Washington, D.C.-based federal judge has sided with House Oversight Committee Democrats seeking to enforce their subpoena of Trump accounting firm Mazars USA... in a major ruling that breathes new life into Democrats' ongoing efforts to probe the president's financial dealings. The subpoena seeks access to a slew of Trump financial documents dating back to 2011, including personal records and records of various affiliated business and entities. Democrats pursued the subpoena after former Trump lawyer Michael Cohen testified to Congress in February that the president's accountants routinely and improperly altered his financial statements -- including some signed by Mazars -- to misrepresent his assets and liabilities. Barack scumbag/liar-nObama-appointed judge Amit P. Mehta's 41-page opinion began by comparing President Trump's concerns about congressional overreach to those of President James Buchanan, asserting that Trump "has taken up the fight of his predecessor." And Mehta acknowledged a high likelihood that any documents obtained by House Democrats would quickly leak, and become partisan political fodder. "The court is not naïve to reality," Mehta wrote, admitting there "is a chance that some records obtained from Mazars will become public soon after they are produced." Mehta added that he was "well aware that this case involves records concerning the private and business affairs of the President of the United States," dating back to well before he declared his candidacy...  https://www.foxnews.com/politics/federal-judge-house-democrats-mazars-subpoena-trump-financial-record
VIDEO:  https://video.foxnews.com/v/6037775335001/
.
Doug Collins Releases Transcripts
of Nine Former DOJ and FBI Officials by Brooke Singman and John Roberts
{ foxnews.com } ~ President Trump has directed former White House Counsel Don McGahn to skip a House Judiciary Committee hearing scheduled for Tuesday... citing a Justice Department opinion that he cannot be compelled to testify about his official duties. In a statement released Monday afternoon, White House Press Secretary Sarah Sanders blasted Democrats for continuing to pursue Trump investigations, saying they want a "wasteful and unnecessary do-over" in the wake of Special Counsel dirty cop-Robert Mueller's probe -- and describing the subpoena for McGahn as part of that. "The House Judiciary Committee has issued a subpoena to try and force Mr. McGahn to testify again. The Department of Justice has provided a legal opinion stating that, based on long-standing, bipartisan, and Constitutional precedent, the former Counsel to the President cannot be forced to give such testimony, and Mr. McGahn has been directed to act accordingly," Sanders said. "This action has been taken in order to ensure that future Presidents can effectively execute the responsibilities of the Office of the Presidency." The related DOJ memo said McGahn, like other senior advisers to a president, has "immunity" from being compelled to testify about his official duties. "This immunity applies to the former White House Counsel. Accordingly, Mr. McGahn is not legally required to appear and testify about matters related to his official duties as Counsel to the President," the memo said. The New York Times first reported that the president would likely direct McGahn to skip the hearing. The move could set the stage for the panel to vote to hold the former White House counsel in contempt for defying a congressionally issued subpoena. Fox News is told the committee still intends to meet on Tuesday, whether or not McGahn is present...   https://www.foxnews.com/politics/white-house-mcgahn-house-hearing
VIDEO:  https://video.foxnews.com/v/6033853215001/
.
White House Responds to scumbag liar-Nadler Subpoena for Counsel Don McGahn

by sundance
{ theconservativetreehouse.com } ~ Most media have avoided highlighting how scumbag liar-Jerry Nadler has not demanded testimony from presumed author of the special counsel report, dirty cop-Robert Mueller... It is likely the Judiciary Committee’s lack of interest surrounds the fact they know dirty cop-Mueller was a figurehead with no substantive control over the small group led by Andrew Weissmann. The special counsel probe, with sunlight upon dirty cop-Mueller, would be a risk to scumbag liar-Nadler. AG Bill Barr has no issue with dirty cop-Mueller testifying; likely because he too knows dirty cop-Mueller appearing for testimony without his “small group” handlers could lead to a full collapse of the special counsel/media narrative. Meanwhile, the White House delivers a response to House Judiciary Committee Chairman scumbag liar-Jerry Nadler following his subpoena for former White House Counsel Don McGahn: At the President’s direction, the White House has been completely transparent with the Special Counsel’s investigation. The Special Counsel received more than 1.4 million documents and hours and hours of interviews from White House officials, including more than 30 hours from former Counsel to the President, Don McGahn. The Democrats do not like the conclusion of the dirty cop-Mueller investigation – no collusion, no conspiracy, and no obstruction – and want a wasteful and unnecessary do-over. The House Judiciary Committee has issued a subpoena to try and force Mr. McGahn to testify again. The Department of Justice has provided a legal opinion stating that, based on long-standing, bipartisan, and Constitutional precedent, the former Counsel to the President cannot be forced to give such testimony, and Mr. McGahn has been directed to act accordingly. This action has been taken in order to ensure that future Presidents can effectively execute the responsibilities of the Office of the Presidency...
https://theconservativetreehouse.com/2019/05/20/white-house-responds-to-nadler-subpoena-for-counsel-don-mcgahn/
.
Fox Host Dagen McDowell
Blows Up at Annoying Juan 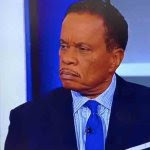 by S.Noble
{independentsentinel.com} ~This is Friday’s news, but in case you missed it, Dagen McDowell blew up on the champion of mindless talking points Juan Williams... whose only retort was read the newspapers for answers and, “Oh go on, get out of here.” She was fierce in her response to Juan about the deep state officials who will be worried about what the Attorney General’s review might find. Ms. McDowell said the reason the FBI and DOJ officials are attacking Attorney General Bill Barr is that they are afraid of what they may find. Juan defended the Democrats. “What’s going on is an investigation of the investigators as punishment coming from an administration that is overwhelmingly political. Right now, really, they are distracting from the real news with all of this silliness.” “It’s not silliness, Juan if there was corruption,” she shot back, her voice rising in anger. “It’s not silliness if there was an abuse of power. And you know why scumbag/liar-Hillary Clinton is being quiet about this? Because the DNC and scumbag/liar-Hillary Clinton’s campaign paid for that dossier, which could be disinformation by Russia.” Dagen added that the “whole dirty cop-Mueller report basically discredits big, big elements that were in that dossier.” Juan then went to the polls, repeating the stats selectively. He claimed that a Fox News poll found that “45% of Americans believe that Barr is covering up for Trump and not being transparent. They give him a negative rating for how he handled the dirty cop-Mueller report; 44% say they don’t approve of what he has done with the dirty cop-Mueller report.” She addressed Williams’ alleged poll results. Dagen said she saw the poll and noted that 58% think it’s at least somewhat likely the FBI broke the law. She said millions of Americans deserve answers. There’s nothing wrong with that. The entire time, Juan was making that annoying face he gets when he has nothing sane to say. It’s his last resort...   https://www.independentsentinel.com/fox-host-dagen-mcdowell-blows-up-at-annoying-juan/
VIDEO:  https://twitter.com/fistsballedup/status/1129499118764797957?ref_src=twsrc%5Etfw%7Ctwcamp%5Etweetembed%7Ctwterm%5E1129499118764797957&ref_url=https%3A%2F%2Fwww.independentsentinel.com%2Ffox-host-dagen-mcdowell-blows-up-at-annoying-juan%2F
.
.

.
Who Wants This War With Iran?

{ townhall.com } ~ Speaking on state TV of the prospect of a war in the Gulf, Iran's supreme leader Ayatollah Khamenei seemed to dismiss the idea.

The ayatollah's analysis -- a war is in neither nation's interest -- is correct. Consider the consequences of a war with the United States for his own country.

Iran's hundreds of swift boats and handful of submarines would be sunk. Its ports would be mined or blockaded. Oil exports and oil revenue would halt. Air fields and missile bases would be bombed. The Iranian economy would crash. Iran would need years to recover.

And though Iran's nuclear sites are under constant observation and regular inspection, they would be destroyed.

Tehran knows this, which is why, despite 40 years of hostility, Iran has never sought war with the "Great Satan" and does not want this war to which we seem to be edging closer every day.

What would such a war mean for the United States?

It would not bring about "regime change" or bring down Iran's government that survived eight years of ground war with Saddam Hussein's Iraq.

If we wish to impose a regime more to our liking in Tehran, we will have to do it the way we did it with Germany and Japan after 1945, or with Iraq in 2003. We would have to invade and occupy Iran.

But in World War II, we had 12 million men under arms. And unlike Iraq in 2003, which is one-third the size and population of Iran, we do not have the hundreds of thousands of troops to call up and send to the Gulf.

Nor would Americans support such an invasion, as President Donald Trump knows from his 2016 campaign. Outside a few precincts, America has no enthusiasm for a new Mideast war, no stomach for any occupation of Iran.

Moreover, war with Iran would involve firefights in the Gulf that would cause at least a temporary shutdown in oil traffic through the Strait of Hormuz -- and a worldwide recession.

How many allies would we have in such a war?

Spain has pulled its lone frigate out of John Bolton's flotilla headed for the Gulf. Britain, France and Germany are staying with the nuclear pact, continuing to trade with Iran, throwing ice water on our intelligence reports that Iran is preparing to attack us.

Who really wants this war? How did we reach this precipice?

A year ago, Secretary of State Mike Pompeo issued a MacArthurian ultimatum, making 12 demands on the Tehran regime.

Iran must abandon all its allies in the Middle East -- Hezbollah in Lebanon, the Houthis in Yemen, Hamas in Gaza -- pull all forces under Iranian command out of Syria, and then disarm all its Shiite militia in Iraq.

Iran must halt all enrichment of uranium, swear never to produce plutonium, shut down its heavy water reactor, open up its military bases to inspection to prove it never had a secret nuclear program and stop testing missiles. And unless she submits, Iran will be strangled with sanctions.

Pompeo's speech at the Heritage Foundation read like the terms of some conquering Caesar dictating to some defeated tribe in Gaul, though we had yet to fight and win the war, usually a precondition for dictating terms.

And crushing U.S. sanctions were imposed, to brutal effect.

Yet, as one looks again at the places where Pompeo ordered Iran out -- Lebanon, Yemen, Gaza, Syria, Iraq -- no vital interest of ours was imperiled by any Iranian presence.

The people who have a problem with Hamas in Gaza and Hezbollah in Lebanon are the Israelis whose occupations spawned those movements.

As for Yemen, the Houthis overthrew a Saudi puppet.

Syria's Bashar Assad never threatened us, though we armed rebels to overthrow him. In Iraq, Iranian-backed Shiite militia helped us to defend Baghdad from the southerly advance of ISIS, which had taken Mosul.

Who wants us to plunge back into the Middle East, to fight a new and wider war than the ones we fought already this century in Afghanistan, Iraq, Syria, Libya and Yemen?

Answer: Pompeo and Bolton, Bibi Netanyahu, Crown Prince Mohammed bin Salman and the Sunni kings, princes, emirs, sultans and the other assorted Jeffersonian democrats on the south shore of the Persian Gulf.

And lest we forget, the never-Trumpers and neocons in exile nursing their bruised egos, whose idea of sweet revenge is a U.S. return to the Mideast in a war with Iran, which then brings an end to the Trump presidency.
https://townhall.com/columnists/patbuchanan/2019/05/17/who-wants-this-war-with-iran-n2546474?utm_source=thdaily&utm_medium=email&utm_campaign=nl&newsletterad=05/17/2019&bcid=7220442bc3498cb5e2d68f3cb4d11680&recip=18305623
E-mail me when people leave their comments –
Follow