by sundance
{ theconservativetreehouse.com } ~ The U.S. Senate Impeachment Trial of President Donald Trump begins today at 1:00pm Eastern... The first series of anticipated events includes the framework for Senate rules for impeachment which will come in the form of a final resolution for Senate vote. The formation of the impeachment rules, and any amendments therein, will likely take up the majority of the afternoon in the Senate.
https://theconservativetreehouse.com/2020/01/21/day-one-senate-impeachment-trial-100pm-livestream/
VIDEO 1:  https://www.youtube.com/watch?v=dSh_fqBOIsU&feature=emb_title
VIDEO 2:  https://www.youtube.com/watch?v=GD0vTWcvg8M&feature=emb_title
VIDEO 3:  https://www.youtube.com/watch?v=ojaDGGG3cEw&feature=emb_title
.
Day One Schedule – President Trump Delivers Opening Remarks – Davos, World
Economic Forum

by sundance
{ theconservativetreehouse.com  } ~ President Trump traveled overnight to Davos-Klosters, Switzerland, to attend the World Economic Forum. I found it very interesting that Secretary of State Mike Pompeo was not on the Dec. delegation list... The U.S. Delegation includes: Treasury Secretary, Steven Mnuchin; Commerce Secretary, Wilbur Ross; Labor Secretary, Eugene Scalia; Transportation Secretary, Elaine Chao; U.S. Trade Representative, Robert Lighthizer; Under Secretary for Growth, Energy and Environment (DoS), Keith Krach; Asst to the President, Ivanka Trump; Asst. to the President, Jared Kushner; and Asst. to the President / Deputy for Policy Coordination, Christopher Liddell. The 2020 Davos economic conference will be a little more important to watch this year as it was in 2017 due to the completed U.S. Trade Agreements S Korea, Japan, Mexico, Canada, and China and the predicted focus for the Trump administration to pivot from Asia to the EU and U.K. for the next critical phase of the ‘America-First’ global trade reset. There will likely be a great deal of attention upon the opening remarks by President Trump scheduled to be delivered at Switzerland.  https://theconservativetreehouse.com/2020/01/21/day-one-schedule-president-trump-delivers-opening-remarks-davos-world-economic-forum-530am-livestream/
VIDEO 1:  https://www.youtube.com/watch?v=dRB4wXgZ2jE&feature=emb_title
VIDEO 2:  https://www.youtube.com/watch?v=Gu4VRALPtO0&feature=emb_title
VIDEO 3:  https://www.youtube.com/watch?v=BQ3vJ6S1rgA&feature=emb_title
VIDEO 4:  https://www.youtube.com/watch?v=9jG57_wuML8&feature=emb_title
.
The Secret Sauce of the Democrats’
Impeachment Strategy

By Sally Zelikovsky
{ americanthinker.com } ~ What is it about this impeachment that is so valuable to Democrats that they feel justified risking a flimsy impeachment strategy today, knowing that it could be used against them tomorrow?... Legal scholars and political pundits are justifiably worried about the implications President Trump’s impeachment holds for America’s future. Not only will tomorrow’s presidents be vulnerable to political vendettas, coups to undo election results, and frivolous attacks on policy and ideology by a House mob run amok, but our entire constitutional republic, and the separation of powers and checks and balances on which it is built, are in jeopardy. The Democrats are certainly motivated by their short-term goals of ousting Trump, disrupting his presidency, and creating chaos for the 2020 elections. But an impeachment on such a shaky foundation does not serve them well in the long-term, especially if the tables should turn and they are sitting in the White House while Republicans control the House. What makes this entire impeachment risk worth their while is… the judiciary. It’s their secret sauce. For decades, the Democrats have had an ideological lock on the judiciary.  It has been their failsafe for policy when they are unable to pass desired legislation, promulgate burdensome regulations, or affect change with either a swipe of the President’s pen or by propaganda delivered through the media, the educational system, and Hollywood. Then along comes “Trump the Indefatigable” who has completely changed the complexion of the judiciary in the last three years by appointing 187 federal judges, including two Supreme Court justices. One in four circuit court judges is a Trump appointee and he has flipped the very liberal Second and Third Circuits, NY, CT, VT and NJ, PA, DE, Virgin Islands, respectively as well as the Eleventh Circuit FL, AL, GA. He has strikingly leveled the playing field in the oft-reversed, very progressive 9th Circuit and is one appointment away from equalizing the number of Democrat and Republican-appointed judges in the 1st, 4th,  and 10th Circuits. This is an astounding accomplishment that concomitantly delivers a resounding death blow to the Democrats and grin has them quaking in their goose-stepping boots. They know, all too well, the power of the judiciary to influence legislation and drive the culture. Of the 20 House impeachments against federal officers, three have been against presidents, one each against a Senator and a Cabinet Secretary, but lightbulb moment the majority of them have been against 15 federal judges, including Supreme Court Justice Samuel Chase...
https://www.americanthinker.com/articles/2020/01/the_secret_sauce_of_the_democrats_impeachment_strategy.html
.
Rudy Giuliani Responds to
Media Claims by Lev Parnas

by sundance
{ theconservativetreehouse.com } ~ President Trump’s personal attorney Rudy Giuliani says he was ‘misled’ by Lev Parnas who Giuliani identifies as an egregious liar... During the interview on Fox News and Laura Ingraham Rudy Giuliani says Mr. Parnas motive to tell false statements is identical to the reason for Michael Cohen to lie; he is trying to get a plea deal with New York prosecutors.  https://theconservativetreehouse.com/2020/01/21/rudy-giuliani-responds-to-media-claims-by-lev-parnas/
VIDEO:  https://www.youtube.com/watch?v=XoBvqDUCAkw&feature=emb_title
.
The 'Crime' of Arabs Singing to Arabs in Israel 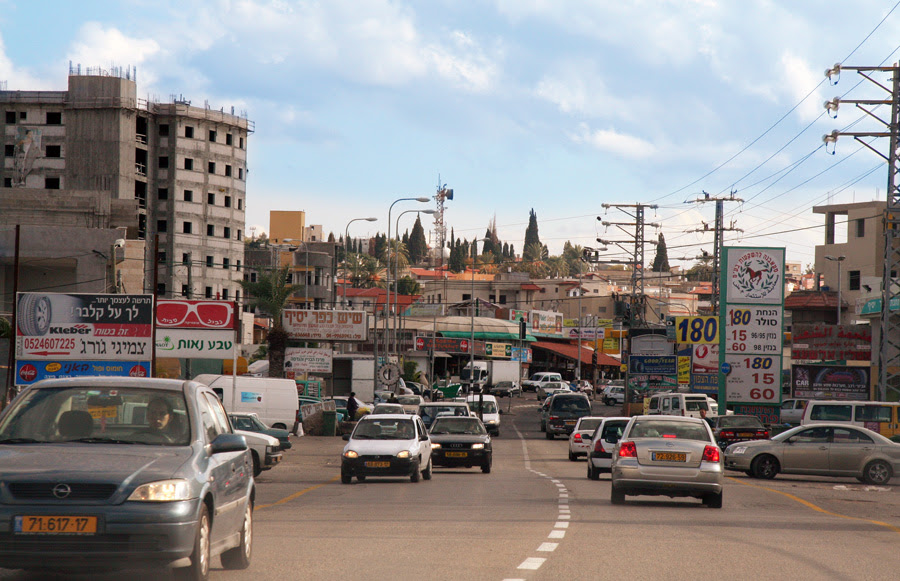 by Khaled Abu Toameh
{ gatestoneinstitute.org } ~ Here is a new one for the books: An Arab singer stands up to perform in front of an Arab audience, and the anti-Israel brigade goes berserk. What has so inflamed the Israel haters this time?... The singer is Aziz Maraka, a Jordanian composer, performer, recording artist, and producer. The audience are Arab citizens of Israel from the town of Kafr Yasif in the Northern District of Israel. Maraka, who was invited last month to entertain Arab citizens of Israel during the annual Christmas Market festival in Kafr Yasif, has been facing widespread criticism and a shaming campaign on social media for agreeing to perform in Israel. Never mind that Maraka, an Arab, was invited by Arabs to a Christmas event in an Arab town. Never mind that Maraka was not invited by any Israeli private or public institution. Never mind that Maraka did not perform before a Jewish audience. None of that matters to the anti-Israel groups and individuals who are slandering the Jordanian singer and accusing him of "treason" and "promoting normalization" with Israel. The campaign of hate against Maraka shows that those who are calling for boycotting Israel care nothing about the well-being or interests of Arabs, including the two million Arab citizens of Israel. Those who are now condemning the Jordanian singer say they are opposed to any form of normalization with Israel. They choose to ignore that it was Arabs who invited the Arab singer to perform in their town. They choose to ignore that Israel was kind enough to approve Maraka's request to enter the country for the Christmas celebration. To justify its lamentable denunciation of Maraka, the so-called Palestinian Committee for the Boycott of Israel claimed that the Kafr Yasif festival was being organized under the auspices of official Israeli institutions, including the Israeli Ministry of Culture and Sports, and various companies and banks...   https://www.gatestoneinstitute.org/15470/arab-singer-israel-jordan
.
ICE is Done Playing Games
With Sanctuary Cities Like New York 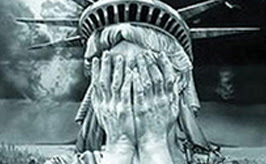 by restoreamericanglory.com ~ Federal immigration authorities are done playing games with cities like New York. After having another handful of their detainer requests ignored by city officials over the past month... ICE is now issuing “immigration subpoenas” to the city, demanding that Mayor Bill de Blasio’s government begin turning over information about current inmates with deportation orders against them. “This is not a request, it’s a demand,” said ICE senior official Henry Lucero. “This is a last resort for us. Dangerous criminals are being released every single day in New York.” NYC officials remain stubbornly defiant. “New York City will not change the policies that have made us the safest big city in America,” a spokesperson for de Blasio’s office told the Associated Press. Oh, rest assured, New York: It is not your sanctuary policies that have cleaned up the streets. The mere idea that refusing to cooperate with federal immigration authorities is the root cause of your city’s relatively clean crime record is beyond the point of laughable. It’s actually a little sad, even as a blatant piece of propaganda, simply because it’s hard to imagine anyone taking it seriously.Indeed, it’s hard to imagine anyone other than illegal aliens themselves taking the side of New York in some of these cases. For instance, the case of Reeaz Khan, a 21-year-old alien from Guyana who was being held in NYC jails on an assault charge. ICE sent city officials a detainer notice, asking that they hold Khan in custody so that he could be transferred over to federal authorities and deported back to his home country. As per usual, city officials refused although they now claim, absurdly, that they never received the notice. Khan went on to promptly kill 92-year-old Queens resident Maria Fuertas. “It is this city’s sanctuary policies that are the sole reason this criminal was allowed to roam the streets freely and end an innocent woman’s life,” argued acting ICE Director Matthew Albence. Well said. In a statement, Lucero said that ICE may begin using these subpoenas as a regular tool of compliance. “Like any law enforcement agency, we are used to modifying our tactics as criminals shift their strategies,” Lucero said. “But it’s disheartening that we must change our practices and jump through so many hoops with partners who are restricted by sanctuary laws passed by politicians with a dangerous agenda.”   http://www.restoreamericanglory.com/breaking-news/ice-is-done-playing-games-with-sanctuary-cities-like-new-york/
.

Political Editors:  In a not-so-shocking turn of events, Russian Prime Minister Dmitri Medvedev and his entire government resigned following President Vladimir Putin’s proposed constitutional changes — changes that would effectively extend his rule indefinitely. As NBC News  reports, “Russian President Putin on Wednesday proposed a nationwide vote on sweeping constitutional changes that would shift power from the presidency to parliament and the prime minister, a move that could allow him to extend his rule after leaving the Kremlin.” Well, it looks like Putin has hit that old “reset” button again…

Medvedev, Putin’s long-time lackey, resigned so as to give Putin near-unilateral authority to change the constitution, and Putin’s changes effectively swing power away from the presidency to the parliament and more specifically the prime minister. Seeking to paint the move with the veneer of democracy, Putin called for a nationwide vote on his changes.

This move is reminiscent of Putin’s manipulations from 2008 to 2012, when he relinquished the presidency in order to observe the constitution’s term limits, yet became the prime minister with Medvedev serving as his puppet president. Washington Examiner’s Tom Rogan observes, “It’s pretty clear that Putin is creating new political structures to restrain the power of future presidents. An important factor to consider is that while these amendments seem declarative, Putin will play an outsize role in their interpretation and action. Again, this is about ensuring that no future leader can wrest control from Putin in a way that would jeopardize his interests.” And, Rogan adds, “The key takeaway here is that whether in the shadows or otherwise, Putin is going to be the Russian czar for a long time to come.”