.
Trump Did Not Betray the Kurds

by Caroline Glick
{ frontpagemag.com } ~ The near-consensus view of US President Donald Trump’s decision to remove American special forces from the Syrian border with Turkey... is that Trump is enabling a Turkish invasion and double-crossing the Syrian Kurds who have fought with the Americans for five years against the Islamic State group. Trump’s move, the thinking goes, harms US credibility and undermines US power in the region and throughout the world. There are several problems with this narrative. The first is that it assumes that until this week, the US had power and influence in Syria when in fact, by design, the US went to great lengths to limit its ability to influence events there. The war in Syria broke out in 2011 as a popular insurrection by Syrian Sunnis against the Iranian-sponsored regime of President Bashar Assad. The scumbag/liar-nObama administration responded by declaring US support for Assad’s overthrow. But the declaration was empty. The administration sat on its thumbs as the regime’s atrocities mounted. It supported a feckless Turkish effort to raise a resistance army dominated by jihadist elements aligned with the Muslim Brotherhood. President Barack scumbag/liar-nObama infamously issued his “red line” regarding the use of chemical weapons against civilians by Assad, which he repudiated the moment it was crossed. As ISIS forces gathered in Iraq and Syria, scumbag/liar-nObama shrugged them off as a “JV squad.” When the JVs in ISIS took over a third of Iraqi and Syrian territory, scumbag/liar-nObama did nothing. As Lee Smith recalled in January in The New York Post, scumbag/liar-nObama only decided to do something about ISIS in late 2014 after the group beheaded a number of American journalists and posted their decapitations on social media. The timing was problematic for scumbag/liar-nObama. In 2014 scumbag/liar-nObama was negotiating his nuclear deal with Iran. The deal, falsely presented as a nonproliferation pact, actually enabled Iran – the world’s greatest state sponsor of terrorism – to develop both nuclear weapons and the missile systems required to deliver them. The true purpose of the deal was not to block Iran’s nuclear aspirations but to realign US Middle East policy away from the Sunnis and Israel and toward Iran...
https://cms.frontpagemag.com/fpm/2019/10/glick-trump-did-not-betray-kurds-caroline-glick
.
Trump authorizes sanctions against Turkey
amid Syria incursion, calls for end
to its 'destabilizing actions' 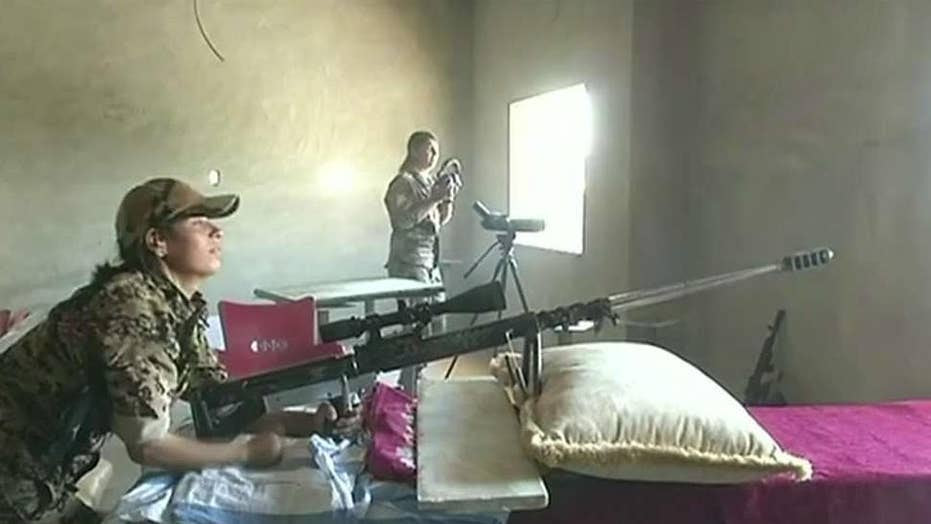 By Gregg Re
{ foxnews.com } ~ President Trump announced Monday afternoon that he will soon issue an executive order imposing sanctions against Turkey for its "destabilizing" offensive in Syria... amid a bipartisan outcry over the president's troop pullback earlier this month that endangered U.S.-aligned Kurdish forces. The sanctions followed the president's Oct. 7 threat, when he warned that "if Turkey does anything that I, in my great and unmatched wisdom, consider to be off limits, I will totally destroy and obliterate the Economy of Turkey (I’ve done before!)." Meanwhile, Vice President Mike Pence told reporters that Trump had communicated on a call with Turkish President Recep Tayyip Erdogan that he wanted Turkey to implement an immediate ceasefire. Trump also offered to mediate an arbitration, the vice president said, and directed Pence and National Security Adviser Robert O'Brien to lead a delegation to Turkey to begin negotiations immediately. And South Carolina Republican Sen. Lindsey Graham, a Trump ally who has strongly opposed his decision to withdraw from parts of Syria, said in a statement that he "strongly" supports the president's sanctions. "The President made it clear to Turkish officials that any attack on Kobani, a Kurdish enclave near the Turkish border, would be an international outrage that could not stand," Graham, who was on the call with Trump and officials in the region, added. He continued: "Equally important, President Trump reached out to General Mazloum, the leader of Kurdish forces that led the main assaults against the ISIS Caliphate in Syria. President Trump assured General Mazloum that he would do everything possible to stop the Turkish incursion and seek a negotiated settlement beneficial to all parties, and was very firm in highlighting the need that thousands of ISIS prisoners in the custody of Kurdish forces cannot and should not be released. "...
https://www.foxnews.com/politics/trump-turkey-syria-sanctions-destabilizing-actions
VIDEO:  https://video.foxnews.com/v/6094705849001/#sp=show-clips
.
Trump’s Syrian Maneuver Works – President
Erdogan Asks for Negotiations With
Kurds in Syria

y sundance
{ theconservativetreehouse.com } ~ President Trump has played this out perfectly. By isolating Turkish President Recep Erdogan, and effectively leaving him naked to an alliance of his enemies... Erdogan is now urgently asking for the U.S. to mediate peace negotiations with Kurdish forces. This request happens immediately after President Trump signed an executive order triggering the sanction authority of Treasury Secretary Steven Mnuchin. Erdogan called the White House requesting an urgent phone call with President Trump.  After President Trump talked to Kurdish General Mazloum Kobani Abdi, the commander of the Kurdish-led Syrian Democratic Forces, President Trump then discussed the options available to President Erdogan. As a result of that conversation, Erdogan requested the U.S. mediate negotiations. Vice-President Mike Pence announces he will be traveling to the region with National Security Advisor Robert O’Brien to lead that effort. By the authority vested in me as President by the Constitution and the laws of the United States of America, including the International Emergency Economic Powers Act (50 U.S.C. 1701 et seq.) (IEEPA), the National Emergencies Act (50 U.S.C. 1601 et seq.) (NEA), section 212(f) of the Immigration and Nationality Act of 1952 (8 U.S.C. 1182(f)), and section 301 of title 3, United States Code, I, DONALD J. TRUMP, President of the United States of America, find that the situation in and in relation to Syria, and in particular the recent actions by the Government of Turkey to conduct a military offensive into northeast Syria, undermines the campaign to defeat the Islamic State of Iraq and Syria, or ISIS, endangers civilians, and further threatens to undermine the peace, security, and stability in the region, and thereby constitutes an unusual and extraordinary threat to the national security and foreign policy of the United States. I hereby declare a national emergency to deal with that threat. I hereby determine and order...
https://theconservativetreehouse.com/2019/10/14/trumps-syrian-maneuver-works-president-erdogan-asks-for-negotiations-with-kurds-insyria/
VIDEO:   https://www.youtube.com/watch?v=_FBahrTDqOI
.
Rep. Scott Perry on former ambassador to
Ukraine's testimony: 'A lot of it was
secondhand information' 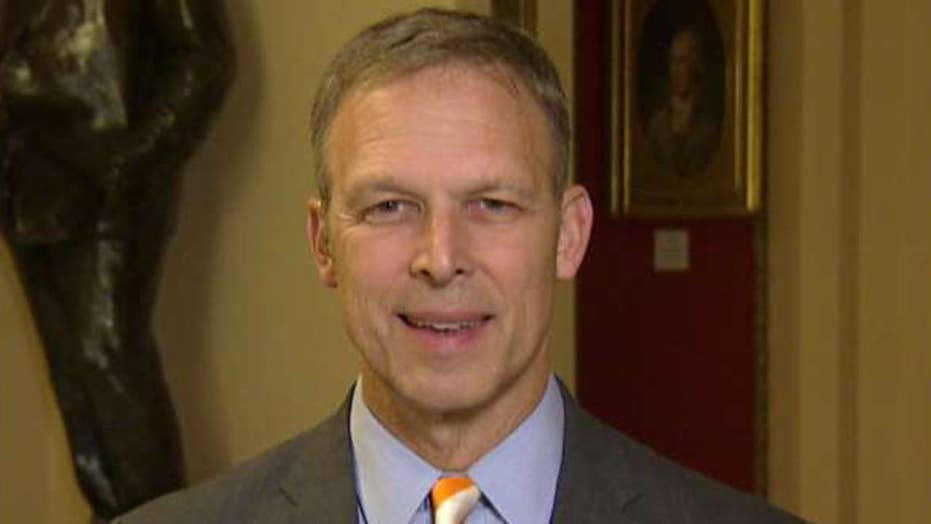 By Victor Garcia
{ foxnews.com } ~ Rep. Scott Perry, R-Pa., who attended a closed-door transcribed interview with the former U.S. Ambassador to Ukraine Friday, said much of Marie Yovanovich's testimony was "second-hand information'... while appearing on "The Story with Martha MacCallum." "I sat in the same in the same hearing and quite honestly a lot of it was secondhand information," Perry said Friday. "No really direct knowledge and well, we certainly find her... situation lamentable for her personally. There are bigger issues here for the country for both countries at stake." Yovanovich told lawmakers that she was recalled earlier this year after “unfounded and false claims” against her, as well as continued pressure on the State Department from President Trump to remove her -- as she denied being “disloyal” to the president. Yovanovich, who was recalled in May, spoke as part of House Democrats’  impeachment inquiry into the July 25 phone call between Trump and Ukrainian President Volodymyr Zelensky -- in which Trump asked Zelensky to “look into” allegations about former Vice President loosew lips liar-Joe Biden and his son Hunter's conduct in the country. Perry, a member of the House Foreign Affairs Committee, said the testimony should have taken place publicly. "The fact that this is happening in secret, quite honestly the fact that this is happening in the secure area where nobody can see ... that this should actually be a hearing in the Foreign Affairs Committee because we're talking about a ...  diplomat from the United States lends the other issue to this, which is the American people should see what's happening here," Perry said. The congressman called on the transcripts of the meetings to be released and criticized Democrats for "strategically" leaking information. "There's nothing I would like more for them than for you and the rest of America to see the transcript from today's proceedings and the transcript from last week's proceedings," Perry said. "But, that's not being allowed except in certain circumstances where portions of it are leaked out very strategically."  https://www.foxnews.com/media/rep-perry-on-former-ukraine-ambassadors-testimony-a-lot-of-it-was-secondhand-information
VIDEO:  https://video.foxnews.com/v/6094237076001/#sp=show-clips
.
Frederick Douglass: From Slave to Statesman 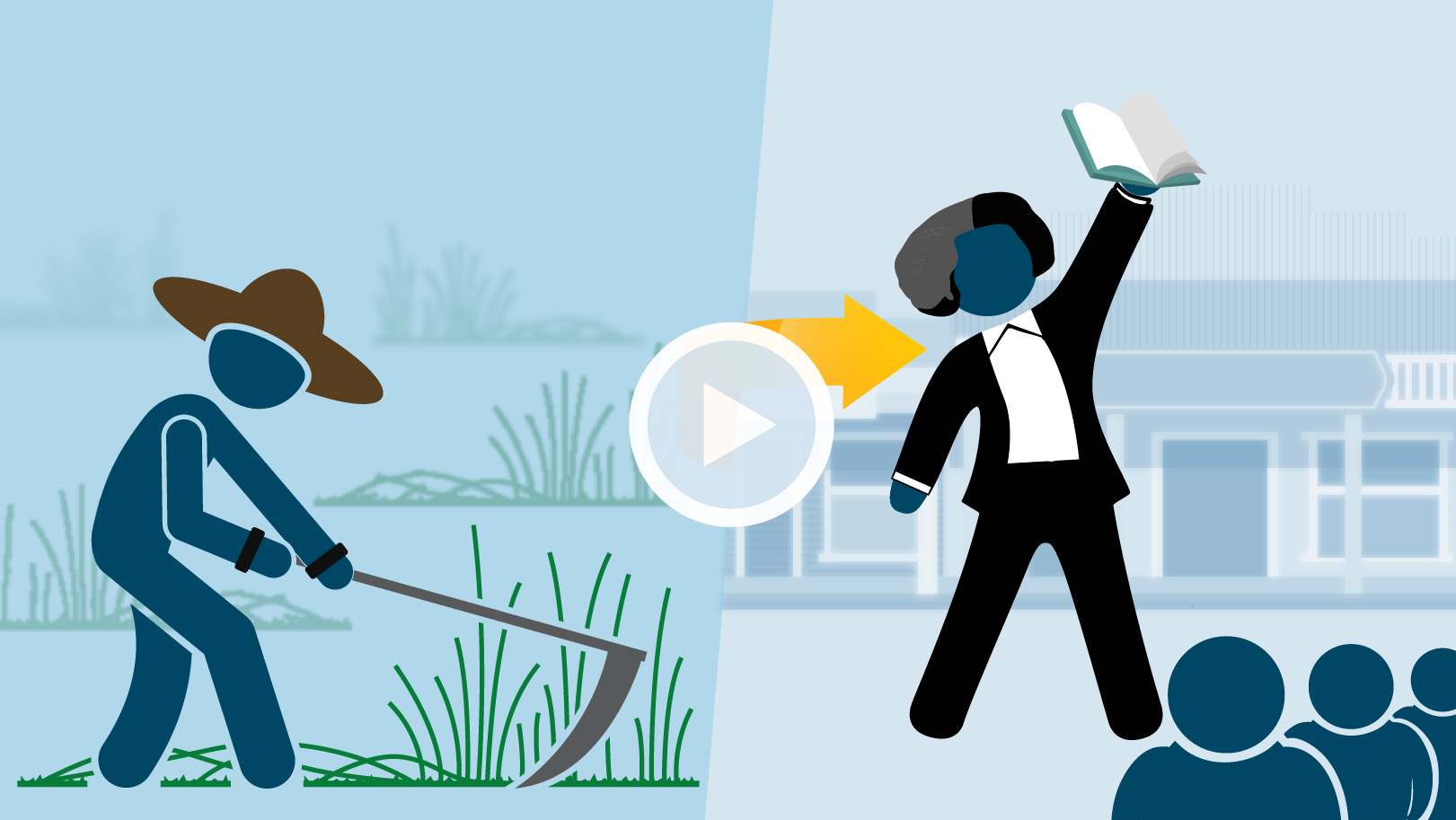 by Timothy Sandefur
{ prageru.com } ~ Frederick Douglass was born into slavery, but through his own heroic efforts became one of the most influential advocates for freedom in American history... His journey, a tale both agonizing and inspiring, should be known by everyone. Timothy Sandefur, author of "Frederick Douglass: Self-Made Man," guides us through Douglass’ amazing life.
https://www.prageru.com/video/frederick-douglass-from-slave-to-statesman/
.
U.S. Set to Impose New Sanctions on Turkey
in Response to Syria Incursion 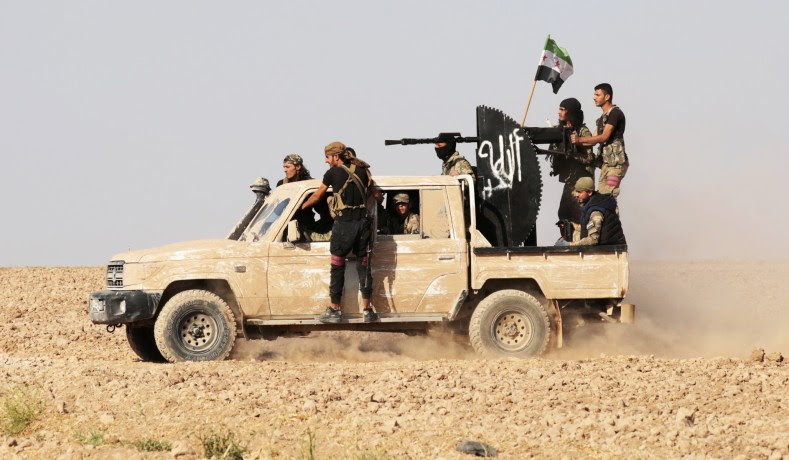 By TOBIAS HOONHOUT
{ nationalreview.com } ~ The U.S. could level heavy economic sanctions on Turkey as soon as Monday in response to the Turkish incursion into northern Syria, according to Bloomberg... The news comes as Turkish President Tayyip Erdogan said in a speech that Turkey “will absolutely finish the job we started.” Erdogan also criticized the international community’s negative response to the operation and asked for international funding to establish a planned “safe zone” for refugees in northeast Syria. House Speaker liar-Nancy Pelosi announced on Monday that, after meeting with Senator Lindsey Graham (R., S.C.), “we must have a bipartisan, bicameral joint resolution to overturn the President’s dangerous decision in Syria immediately.” liar-Pelosi also suggested that “stronger sanctions” are needed to curb Turkish aggression. “I will be working across party lines in a bicameral fashion to draft sanctions and move quickly, appreciating President Trump’s willingness to work with the Congress. The Speaker indicated to me that time was of the essence,” Graham also tweeted. Treasury Secretary Steven Mnuchin told reporters Monday that sanctions are “ready to go,” after announcing last Friday that the White House had authorized potential sanctions on Turkey.
https://www.nationalreview.com/news/u-s-set-to-impose-new-sanctions-on-turkey-in-response-to-syria-incursion-report/
.

Thomas Gallatin:  President Donald Trump announced Friday that the U.S. and China had agreed to a partial trade deal, which Trump referred to as “phase one” of ongoing negotiations. One of Trump’s biggest presidential efforts has been to level the trade playing field with China, and a deal is in the interests of both the president and the entire country.

National Review reports, “The provisions include China purchasing $40 billion to $50 billion worth of American agricultural products, along with agreeing to guidelines on how it manages its currency, and policies with intellectual property, including forced technology transfer.” On America’s part, Trump has agreed to suspend the implementation of another round of tariffs on $250 billion of Chinese goods that had been scheduled to go into effect on Oct. 15. Trump heralded the deal as “very substantial” while at the same time noting that this was merely the first step in negotiating a broader and more comprehensive deal.

News of the deal sent the markets climbing — the Dow closed nearly 320 points higher Friday. The deal is likely to temporarily settle economic concerns, especially with the possibility of a more comprehensive agreement coming as soon as December. However, this long-running trade war is far from over, as China has yet to agree to make any substantive changes to its abusive trade practices.

Update: Bloomberg reports Monday, “China wants to hold more talks this month to hammer out the details of the ‘phase one’ trade deal touted by Donald Trump before Xi Jinping agrees to sign it.” So stay tuned.