0
TheFrontPageCover
~ Featuring ~
Stand Down — or Get Out of the Way?
by Arnold Ahlert

.
Republicans ask Rosenstein for names
of everyone working on Mueller probe 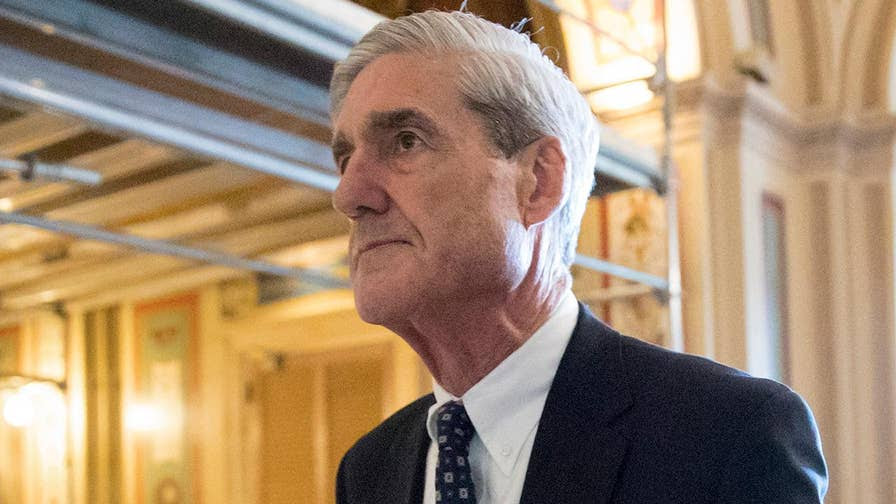 by Samuel Chamberlain
{ foxnews.com } ~ A group of nine House Republican lawmakers has signed a letter asking Deputy Attorney General Rod Rosenstein to provide the names of everyone "past and present"... who has worked on Special Counsel Robert Mueller's Russia investigation. The lawmakers say they are "disturbed" by the initial appointments to the probe of agents and attorneys with an anti-Trump bias. Their letter specifically references agent Peter Strzok, attorney Lisa Page and attorney Kevin Clinesmith. "We know that these biases were shared among multiple people at the FBI and could be easily uncovered by Mr. Mueller with simple vetting," the letter says. "These individuals should not have been given an opportunity to influence – directly or indirectly – this special counsel investigation."...
http://www.foxnews.com/politics/2018/06/25/republicans-ask-rosenstein-for-names-everyone-working-on-mueller-probe.html
VIDEO:  http://video.foxnews.com/v/5801558093001/
.
IG Report: Footnote #124, Page 164 – liar-Clinton
Email Investigation: “The Fix Was In”

by sundance
{ theconservativetreehouse.com } ~ Within the Inspector General report into how the DOJ and FBI handled the liar-Clinton email investigation... on Page #164, footnote #124 the outline is laid bare for all to witness. The liar- Clinton classified email investigation was structured to deliver a predetermined outcome. John Spiropoulos delivers the first video in a series of reports on the Department of Justice Inspector General’s review into the investigation of liar-Hillary Clinton. This segment focuses on DOJ’s legal interpretation that virtually assured liar-Clinton would not be prosecuted. And that, as the IG reports states, the FBI and DOJ knew that “by September 2015″…
https://theconservativetreehouse.com/2018/06/25/ig-report-footnote-124-page-164-clinton-email-investigation-the-fix-was-in/
VIDEO:  https://www.youtube.com/watch?v=2f2eg_PvQWg
.
America Needs a “Come To Tenther” Moment, and Soon

by tenthamendmentcenter.com
{ tenthamendmentcenter.com } ~ For years, the Tenth Amendment Center has drawn the ire of both the American right and left, but generally for different reasons... To the left, we were neo-Confederates trying to mask our desire to somehow reintroduce slavery and Jim Crow segregation by promoting nullification and state’s rights. We draw the ire of the right for challenging unconstitutional wars and the federal War on Drugs. While we have detractors from both sides of the political divide, the most vocal opposition almost always originates from whichever side holds federal power at the moment. During the Bush years, we frustrated the right because we stood against unilateral executive war powers, the REAL ID Act, the so-called Patriot Act and more. During the liar-nObama years, the left railed against us because we opposed liar-nObamacare, Common Core, the IRS, the War on Drugs, police militarization, gun control, even the Supreme Court imposing its own definition of marriage on the states. Now we’ve gone full circle. Although presidents have changed, our position remains the same: “The Constitution. Every issue, every time. No exceptions, no excuses.” Meanwhile, the tunes sung by both political movements in the country have switched entirely....
https://tenthamendmentcenter.com/2017/04/08/america-needs-a-come-to-tenther-moment-and-soon/
.
liar-Hillary’s Hypocrisy

by PAUL KENGOR
{ spectator.org } ~ On Friday, liar-Hillary Clinton rounded out a striking week of moral hypocrisy... After starting the week excoriating Donald Trump’s “horrific” policy toward children of illegal immigrants, she ended the week praising Ireland for legalizing the killing of unborn children. Tears of gratitude filled liar-Hillary’s eyes on Friday as she thanked Irish Millennials for embracing abortion for their country. Speaking to a crowd of 400 in Dublin, liar-Hillary spoke of how her heart had been warmed from afar by the image of “Irish people flying home to vote for abortion from all over the world.” She thrilled: “Airports were mini-rallies with cheering and colorful banners greeting citizens who came as far away as from Japan, Australia and, of course, America.” She glowed: “On the day of the vote one of the strictest laws in the world was overturned with nearly 87 per cent of 18- to 25-year-olds voting ‘yes.’” What a triumph for youth, for human rights, and for good government: “It was an example of a government placing that decision before the people and grassroots activism,” hailed liar-Hillary, “leading to an outcome that represented the voices and views of the Irish people.” That is, the voices of Irish people who have a voice. The unborn children of Ireland have no voice...   https://spectator.org/hillarys-hypocrisy/?utm_source=American+Spectator+Emails&utm_campaign=2f40ce3f82-EMAIL_CAMPAIGN_2018_06_25_06_50&utm_medium=email&utm_term=0_797a38d487-2f40ce3f82-104608113
.
U.S. Stops Palestinian Aid Payments
by investigativeproject.org
{ investigativeproject.org } ~ The United States has halted aid to the Palestinian Authority (PA) until further review, i24News reports... two months after Congress passed the Taylor Force Act. The act mandates that the U.S. freeze assistance to the Palestinian territories "that directly benefits the PA," unless the Palestinian government adheres to several stipulations, including the termination of financial transfers to terrorists and denouncing and investigating Palestinian terrorist attacks. President Trump signed the Taylor Force Act into law in March. It was named for Taylor Force, an American citizen murdered in March 2016 in Jaffa by a Palestinian terrorist. Shortly after the attack, the Palestinian Authority and Mahmoud Abbas' Fatah party glorified the terrorist who killed Force. "Our understanding is that US funding to the West Bank and Gaza is on hold pending an administration review," a Senate Foreign Relations Committee aide told i24NEWS...
https://www.investigativeproject.org/7501/report-us-stops-palestinian-aid-payments
.

Stand Down — or Get Out of the Way?

by Arnold Ahlert:  Ever since the 2016 election, the hysterical Left and its media lapdogs have been determined to convince Americans the primary reason Donald Trump won was due to Russian “meddling.” Thus if logic holds, it would stand to reason that the liar-nObama administration would have made every effort to prevent that meddling from taking place. Last Wednesday, in testimony before the Senate Intelligence Committee, Michael Daniel, who served as White House “cyber security coordinator” between 2012 and January 2017, confirmed he and his investigative team were ordered to “stand down” from investigating — and preventing — that meddling by former National Security Advisor Susan Rice.