by Publius:  Glenn Beck takes a look at a viral video campaign in Germany to oppose leftist open borders policies. And yeah, those policies are bad. But, he warns, beware the new social media movement that promises a “return to traditional values.” Next, here’s one of those viral videos. Compelling, but perhaps not quite honest about its intent.   ~The Patriot Post
https://patriotpost.us/articles/54056-video-what-is-the-german-120db-movement
VIDEO 1:  https://www.youtube.com/watch?v=ht6JM51vjZc
VIDEO 2:  https://www.youtube.com/watch?v=RJxU8iiyOS0

by rickwells.us
{ rickwells.us } ~ The Chris Wallace interview with Congressman Jim Jordan (R-OH) starts at the 12:26 mark in the video... with the discussion first addressing the enormous spending bill that was just passed through Congress and the failure of Republicans to support and force fiscal responsibility upon the federal government. Wallace points to the passage of the bill and President Trump’s signing it as evidence to “some people” that the era of fiscal restraint and the TEA Party is over. Jordan says what he knows is that “This was not consistent with what the American people elected us to do, not consistent with what we told them we were going to do.”  He agrees that Republicans don’t have the sixty votes needed for impunity of action in the Senate but neither do the Democrats and is in favor of changing the Senate rules to allow for things to get done legislatively. Wallace asks if, given those realities, if he’s saying the minority Democrats won and Republicans caved... https://rickwells.us/jordan-swamp-won-gop-caved/
VIDEO:  https://www.youtube.com/watch?v=XrqhtQ2Sy08
.
Explosive New Allegations
from the Second Anti-Trump Dossier

by patrioticviralnews.com
{ patrioticviralnews.com } ~ Let’s review the facts. The liar-Clinton campaign and their affiliates hired a foreign spy to dig up dirt on their political opponent... They then directed that spy as to what should be in his report and helped him fabricate multiple points that have now been completely debunked. That spy’s work was consolidated into a dossier that was then used by a secret court under President liar-nObama to justify a surveillance operation against Trump’s campaign. It’s impossible to overstate the true level of corruption and injustice that happened in this sequence of events. It’s like deep-state bingo. Trump has been repeatedly accused of colluding with a foreign government even though the only “evidence” is uncorroborated and at least partially disproven. We now have absolute proof that it was in fact the liar-Clinton Campaign that colluded with a foreign spy. We also now have proof that liar-nObama was aware of the investigation into Trump’s campaign and may have been directly involved in the process. This is an appropriation of government agencies to spy on a political opponent. It makes Watergate look tame by comparison. It is mind boggling that the Democratic Party still exists at this point, and yet, they are moving to release a second dossier against Trump.   http://patrioticviralnews.com/articles/explosive-new-allegations-from-the-second-anti-trump-dossier/
VIDEO:  https://www.youtube.com/watch?v=GgT5uPlTBdY
.
Immigration Anarchists' Lies Debunked

by Michael Cutler
{ frontpagemag.com } ~ So much of what has come to pass for “common knowledge” is actually an example of how the principle of “The Big Lie”... can alter the public’s understanding of critical issues. Immigration has proven to be particularly vulnerable to this tactic. Under that principle, officials intentionally concoct falsehoods and repeat them at every possible opportunity to convince the masses that the lies are the truth. This principle was adopted by Nazi Germany in order to con the German populace into accepting the unfathomable depravity of the Third Reich. Today the attention span of most Americans can be measured in minutes, if not seconds, further exacerbating the susceptibility of folks to fall victim to language manipulation tactics. The tactics employed by the open-borders/ immigration anarchists to further their cause are so easy to disprove that even a child could see through their warped logic...   https://www.frontpagemag.com/fpm/269299/immigration-anarchists-lies-debunked-michael-cutler
.
GOP Senators to Introduce Immigration,
Border Security and DACA Framework Tomorrow

by sundance
{ theconservativetreehouse.com } ~ A group of U.S. Senators tomorrow will introduce a common-sense proposal aimed at providing legal certainty for undocumented children... brought to the United States by their parents and preventing others from falling into the same legal limbo in the future. Their proposal, which mirrors the White House framework  announced by President Trump, provides a generous opportunity for approximately 1.8 million DACA or DACA-eligible immigrants to earn citizenship while strengthening our nation’s border security and enforcement measures to reduce illegal immigration. The Secure and Succeed Act, sponsored by Senators Cotton, Grassley, Cornyn, Tillis, Perdue, Lankford, and Ernst, appropriates $25 billion for real border security such as physical and virtual fencing, radar and other technologies. It also provides for additional personnel for border control and ends key loopholes in current law that allow dangerous criminals to enter our country...   https://theconservativetreehouse.com/2018/02/11/gop-senators-to-introduce-immigration-border-security-and-daca-framework-tomorrow/
.
China is gaining on the United States.
What are we doing about it? 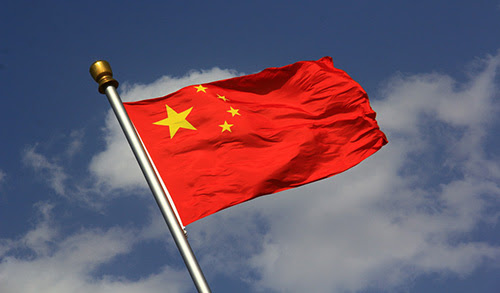 by Oriana Skylar Mastro and Ely Ratner
{ aei.org } ~ America’s military advantage over China is rapidly eroding... This fact was underscored by the Trump administration’s first National Defense Strategy recently released by Defense Secretary James Mattis, who declared that “great power competition, not terrorism, is now the primary focus of U.S. national security.” This pronouncement of China as a top priority is well-considered, long overdue, and—potentially—historic. Much will ride on whether President Donald Trump can actually deliver on refashioning U.S. defense policy. His first State of the Union address was not encouraging. After only a passing mention of China, he gave considerably more attention to the Islamic State and North Korea, calling into question whether he shares his team’s commitment to confronting the China challenge. If he does, the president will have to do more than revise his rhetoric. The Trump administration needs to commit additional funds to remain militarily competitive in Asia. Mattis himself admits, “If you don’t get the resources … then your strategy is nothing more than a hallucination.”  Trump’s budget next week will be an early indicator that more dollars are or are not in fact dedicated to enhancing U.S. military power and solving operational challenges in the Western Pacific... http://www.aei.org/publication/china-is-gaining-on-the-united-states-what-are-we-doing-about-it/?mkt_tok=eyJpIjoiWkRnd05UazNOREUwTkRJNCIsInQiOiJrWCtiZlFNRkRhTmZYcW9FQkVteDJYZXp3bmFJMmFFZVVVaVBmYlozN3NxWFVOdWtZNWpYd3BhcGp0QkNVTXpCT3hMTXdzM3c2OTl5MmhwOEE0ZHV5cDBVbjVMbFIxbzBESlNwYngzbitxZU5lUTdvREJMcHNkOHVpK0JURXRSQyJ9
. 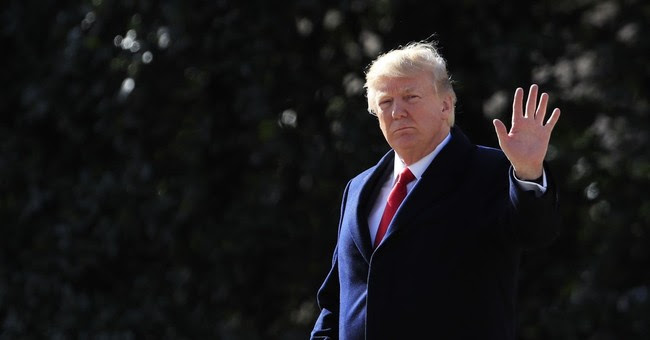 by Pat Buchanan
{ townhall.com } ~ President Trump is the leader of America's conservative party.

Yet not even his allies would describe him as a conservative in the tradition of Robert Taft, Russell Kirk or William F. Buckley.

In the primaries of 2016, all his rivals claimed the mantle of Mr. Conservative, Ronald Reagan. Yet Trump captured the party's heart.

Who, then, and what is Donald Trump?

In a Federalist essay, "Trump Isn't a Conservative -- And That's a Good Thing," Frank Cannon comes close to the mark.

Trump, he writes, "would more accurately be described as a 'radical anti-progressive'" who is "at war with the progressives who have co-opted American civil society." Moreover, Trump "is willing to go further than any other previous conservative to defeat them."

Many "elite conservatives," writes Cannon, believe the "bedrock institutions" they treasure are "not subject to the same infectious politicization to which the rest of society has succumbed."

This belief is naive, says Cannon, "ridiculous on its face."

"Radical anti-progressives" recognize that many institutions -- the academy, media, entertainment and the courts -- have been co-opted and corrupted by the left. And as these institutions are not what they once were, they no longer deserve the respect they once had.

Yet most conservatives will only go so far in criticizing these institutions. We see this in how cradle Catholics find it difficult to criticize the Church in which they were birthed and raised, despite scandals and alterations in the liturgy and doctrine.

Trump sees many institutions as fortresses lately captured by radical progressives that must be attacked and besieged if they are to be recaptured and liberated. Cannon deals with three such politicized institutions: the media, the NFL and the courts.

Trump does not attack freedom of the press but rather the moral authority and legitimacy of co-opted media institutions. It is what CNN has become, not what CNN was, that Trump disrespects.

These people are political enemies posturing as journalists who create "fake news" to destroy me, says Trump. Enraged media, responding, reveal themselves to be not far removed from what Trump says they are.

And, since Trump, media credibility has plummeted.

Before 2016, the NFL was an untouchable. When the league demanded that North Carolina accept the radical transgender agenda or face NFL sanctions, the Tar Heel State capitulated. When Arizona declined to make Martin Luther King's birthday a holiday in 1990, the NFL took away the Super Bowl. The Sun State caved.

This year, the league demanded respect for the beliefs and behavior of NFL players insulting Old Glory by "taking a knee" during the national anthem.

But believing instinctively America would side with him, Trump delivered a full-throated defense of the flag and called for kicking the kneelers off the field, out of the game, and off the team.

And Trump triumphed. The NFL lost fans and viewers. The players ended the protests. No one took a knee at the Super Bowl.

Before Trump, the FBI was sacrosanct. But Trump savaged an insiders' cabal at the top of the FBI he saw as having plotted to defeat him.

Trump has not attacked an independent judiciary, but courts like the Ninth Circuit, controlled by progressives and abusing their offices to advance progressive goals, and federal judges using lifetime tenure and political immunity to usurp powers that belong to the president -- on immigration, for example.

Among the reasons Congress is disrespected is that it let the Supreme Court seize its power over social policy and convert itself into a judicial dictatorship -- above Congress.

"Trump doesn't play by these ridiculous rules designed to keep conservatives stuck in a perpetual state of losing -- a made-for-CNN version of the undefeated Harlem Globetrotters versus the winless Washington Generals. Trump instead seeks to fight and delegitimize any institution the Left has captured, and rebuild it from the ground up."

The Trump supporters who most relish the wars he is waging are the "Middle American Radicals," of whom my columnist-colleague and late friend Sam Francis used to write.

There was a time such as today before in America.

After World War II, as it became clear our long-ruling liberal elites had blundered horribly in trusting Stalin, patriots arose to cleanse our institutions of treason and its fellow travelers.

The Hollywood Ten were exposed and went to jail. Nixon nailed Alger Hiss. Truman used the Smith Act to shut down Stalin's subsidiary, the Communist Party USA. Spies in the atom bomb program were run down. The Rosenbergs went to the electric chair.

Liberals call it the "Red Scare." And they are right to do so.

For when the patriots of the Greatest Generation like Jack Kennedy and Richard Nixon and Joe McCarthy came home from the war and went after them, the nation's Reds had never been so scared in their entire lives.

https://townhall.com/columnists/patbuchanan/2018/02/09/trump--middle-american-radical-n2446402?utm_source=thdaily&utm_medium=email&utm_campaign=nl&newsletterad=
E-mail me when people leave their comments –
Follow