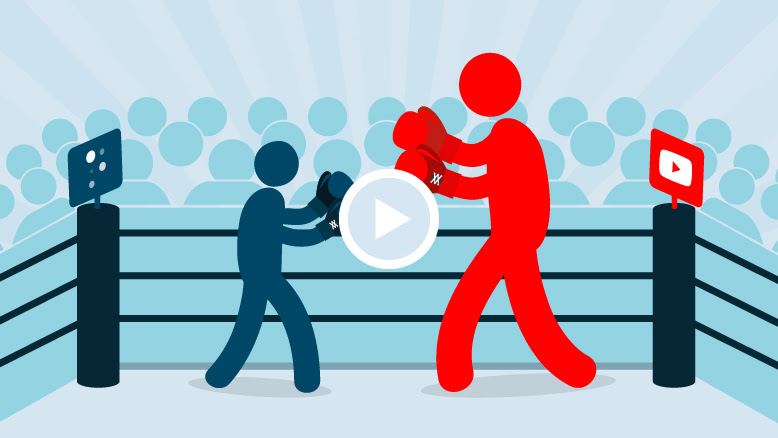 by Attorney Eric George
{ prageru.com } ~ Free speech is in jeopardy. Big Tech behemoths like YouTube, Facebook and Twitter are putting their thumbs on the free speech scale, “restricting” conservative content they don’t like... PragerU is fighting back with a lawsuit against YouTube and its parent company, Google. The real winner or loser will be the American public.  In this video, Attorney Eric George, who is representing PragerU, lays out our case. Be the jury.

VIDEO:  https://www.prageru.com/video/prageru-v-youtube/
.
Each American Is $240,000 in Debt Because of Excessive Government Spending 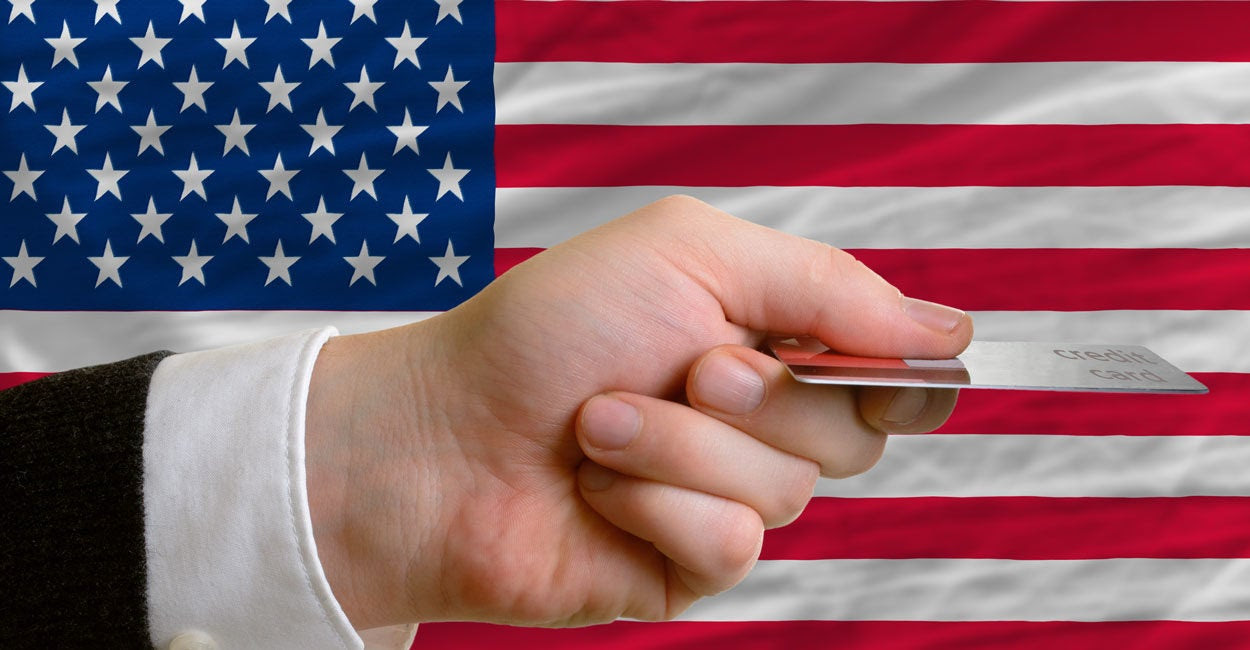 by Benjamin Paris
{ dailysignal.com } ~ As Americans, we are greatly indebted not only to the men and women who have fought and died for our country, but also to the thinkers, statesmen, innovators, and ordinary people who gave us our founding principles... This debt is paid back not with money, but with a commitment to the active and vigilant self-government of our republic in keeping with the principles and virtues of our forefathers. Yet, our forefathers would shudder at our current $22 trillion in gross national debt. By the end of 2019, the debt will be close to $23 trillion. That amounts to a credit card bill of $69,200 for every man, woman, and child in America. But that’s only the money that the government has explicitly borrowed. It doesn’t include any measure of “unfunded obligations”—money the government doesn’t have, but nonetheless promised to spend. Unfunded obligations are often considered problems for future citizens, but with Medicare and Social Security both running cash flow deficits and running out of money in 2026 and 2035, respectively, these future obligations have become a current burden. Social Security’s unfunded obligations alone amount to $13.9 trillion. This means that, over the next 75 years, the government has promised to pay out $13.9 trillion more than it expects to collect in payroll taxes. At $42,200 per person, Social Security’s shortfall alone is about as much as the average person earns in a year. It’s enough to buy a new sedan and pay for a year’s rent in a median-rent two-bedroom apartment. If Social Security’s shortfall wasn’t bad enough, it pales in comparison to Medicare’s $42.3 trillion in unfunded obligations. At $128,500 per person—a whopping $514,000 for a family of four—America’s runaway Great Society program, lauded by socialists as a model for the future of health care, is already breaking America’s bank...

By JARED HARRIS
{ westernjournal.com } ~ A seemingly normal video of foxes in the Holy Land has some referencing an Old Testament prophecy... The video, uploaded to a Hebrew-language YouTube account in early August, shows several foxes running around the area of the Western Wall in Jerusalem. For many, the video brought Lamentations 5:18 to mind: “Because of the mountain of Zion, which is desolate, the foxes walk upon it.” While the King James version maintains the animal as a fox, other translations list a jackal as the animal. While most videos on Western Wall News’ YouTube page have less than a hundred views, over 90,000 people have watched these foxes seemingly fulfill a biblical prophecy. And to some of those viewers, this video is about more than a few animals scurrying across ancient ruins. The ruins of the Temple complex can still be seen in Jerusalem, and they serve as a stark reminder of what Jews have faced for most of recorded history. Even in modern times, God’s chosen people still find persecution. Some of that destruction is captured in the book of Lamentations, a collection of grief poetry, reflections and, you guessed it, lamentations for Israel and her people. Although the somber verses in Lamentations often focus on the destruction and desolation of Jerusalem, the apparent completion of a prophecy has given some hope that other events are on the way. Reactions to the video on Twitter and other sites ranges from doomsday prophecies to outright dismissal. While some commenting on the matter were overjoyed simply to see a moment from the Bible in their lifetime, others think that the animals indicate a rebuilding of the Temple is imminent. The importance of the moment was not lost on Rabbi of the Western Wall and Holy Sites Shmuel Rabinowitz, who  commented on earlier photos of the creatures. “One cannot refrain from crying,” he said, “at the site of the fulfillment of the prophecy of ‘foxes will walk on it.”    https://www.westernjournal.com/ct/foxes-temple-mount/?utm_source=Em...

VIDEO:   https://www.youtube.com/watch?v=1BAvCb6fG_E
.
First-Hand Report: Why is the
World Ignoring This Genocide?

By Mario Alexis Portella
{ clarionproject.org } ~ At least 1,200 people were killed and close to 200,000 were displaced in northeast Nigeria in 2018 alone due to the brutal and genocidal campaign being waged by the Islamist terror group Boko Haram... To date, nearly 30,000 have been killed and two million displaced. The group, which literally means “secular education is forbidden,” is indiscriminate in its mission, targeting Christians as well as Muslims they do not agree with.  Elsewhere in Nigeria, killings by Muslim herdsmen against Christian farmers have been occurring for decades, leaving at least 1,600 people dead and another 300,000 displaced in 2018.  Clarion Project contributor Mario Alexis Portello, a Catholic priest based in Florence, recently visited Nigeria. The following is his report: An unreported tragedy ignored by both the Western media was recent killing of Father Paul Offu in Enugu southern Nigeria at the hands of Islamic Fulani herdsmen. The former Nigerian president, Olusegun Obasanjo, wrote an open letter to current President Muhammadu Buhari, warning him of the risk of a “Rwandan-style genocide” of Christians in Nigeria if the government does not take immediate measures to stop the violence. Buhari has yet to have condemned the Fulani militants as terrorists he stems from the same tribe, making it appear that this is all part of a well-organized operation to exterminate Christians in Nigeria altogether. Last month I had the opportunity to visit Christians in Nigeria who are being persecuted by Islamist fundamentalists, specifically Boko Haram, in the Catholic Diocese of Maiduguri northeast Nigeria. As I traveled through the mostly 51,000 square mile terrain, I spent some time with a woman whose husband, Yohanna, had been kidnapped by Boko Haram just two days prior. While she was very much comforted by her fellow parishioners, who were praying and hoping against hope that he would be released, regrettably, just hours after spending some time with her, Yohanna’s dead body was found. Like Father Offu’s murder, this is just one of many tragic stories that go unreported. While the West and NGOs contend that they can conquer Islamist terror with arms — just like they tried to do ISIS in Syria and Iraq — they fail to get at the root of the problem – the ideology that continues to be indoctrinated in the youth, as with the Almajiri boys...

https://clarionproject.org/first-hand-report-why-is-the-world-ignor...
.
The Unmasking of BDS
by ZIVA DAHL
{ spectator.org } ~ After fourteen years of being lulled by propagandists into believing that their boycott, divestment, and sanctions campaign (BDS) is a human rights movement, we’re finally waking up to the deception... The U.S. House last month overwhelmingly passed a bill opposing BDS efforts to target and delegitimize the State of Israel. Last February, the Senate passed a bill, never taken up by the House, legalizing the right of state governments and employee benefit plans to refuse to do business with companies boycotting Israel, thereby protecting the 27 states with anti-BDS legislation. Concerned about BDS similarity to Nazi boycotts and incitement of anti-Semitism becoming “the breeding ground for escalations to violence,” the German parliament recently passed a resolution declaring BDS anti-Semitic. The Western world is acting, albeit slowly, to unmask BDS for what it is — a dangerous 21st century iteration of the age-old scourge of Jew-hatred. Anti-Semitism is a mutating cancer, evolving and adapting, intent on destroying Jews in their host communities. Our State Department definition of modern-day anti-Semitism identifies expressions of hatred, including when disguised as Israel-bashing and anti-Zionism, the hallmarks of BDS. The BDS movement was founded by left-wing socialists and Marxists in 2001 explicitly to undermine Israel’s sovereignty, skillfully exploiting the language of peace, justice, and human rights to appeal to Western audiences. Adopted by Palestinian extremists in 2005, BDS misleads civic and cultural organizations, governments, and individuals into believing that its goal is merely to establish a Palestinian state living peacefully beside a Jewish state. Using sophisticated subterfuge to hide its linkage to Palestinian terror groups, it obscures its extremist endgame — the destruction of Israel as the nation-state of the Jewish people and the creation of yet another Arab-majority state. People who should know better have bought into this “Big Lie,” conforming to their ideological predisposition and antipathies toward Israel, Jews, and the West. BDS founder Omar Barghouti calls for the destruction of Israel. He explained that a Jewish state “contravenes the basic rights of the land’s indigenous Palestinian population.… Ending the occupation doesn’t mean anything if it doesn’t mean upending the Jewish state itself.” BDS is the latest version of a history of boycotting European Jews. Arabs boycotted Jews in the British Mandate of Palestine. The Arab League formalized this policy in 1945, three years before Israeli statehood.

.
An Act of Violence': Texas ICE Offices
Fired Upon

Gary Bauer:  Two Immigration and Customs Enforcement (ICE) offices in San Antonio, Texas, were attacked around 3:00 AM Tuesday morning. Multiple gunshots were fired into a building that houses administrative and executive offices for ICE. Another nearby building, which houses a firm that contracts with ICE, was also shot at around the same time.

“We will vigorously go after those who are responsible,” Combs said. “To fire indiscriminately into any building, let alone a federal facility, is not an act of protest. It’s an act of violence.”

Political rhetoric and misinformation that various politicians, media outlets and activist groups recklessly disseminate to the American people regarding the ICE mission only serve to further encourage these violent acts.

ICE officers put their lives on the line each and every day to keep our communities safe. This disturbing public discourse shrouds our critical law enforcement function and unnecessarily puts our officers’ safety at risk.

These incidents mark at least four violent attacks against ICE facilities so far this year.

In addition to the protests in Aurora, Colorado, where the U.S. and Blue Lives Matter flags were taken down and defaced, there was the attempted firebombing of an ICE facility in Tacoma, Washington, by a deranged Antifa member.

He also had a manifesto. But you have not heard much about that because it doesn’t fit the narrative the media wants to talk about.