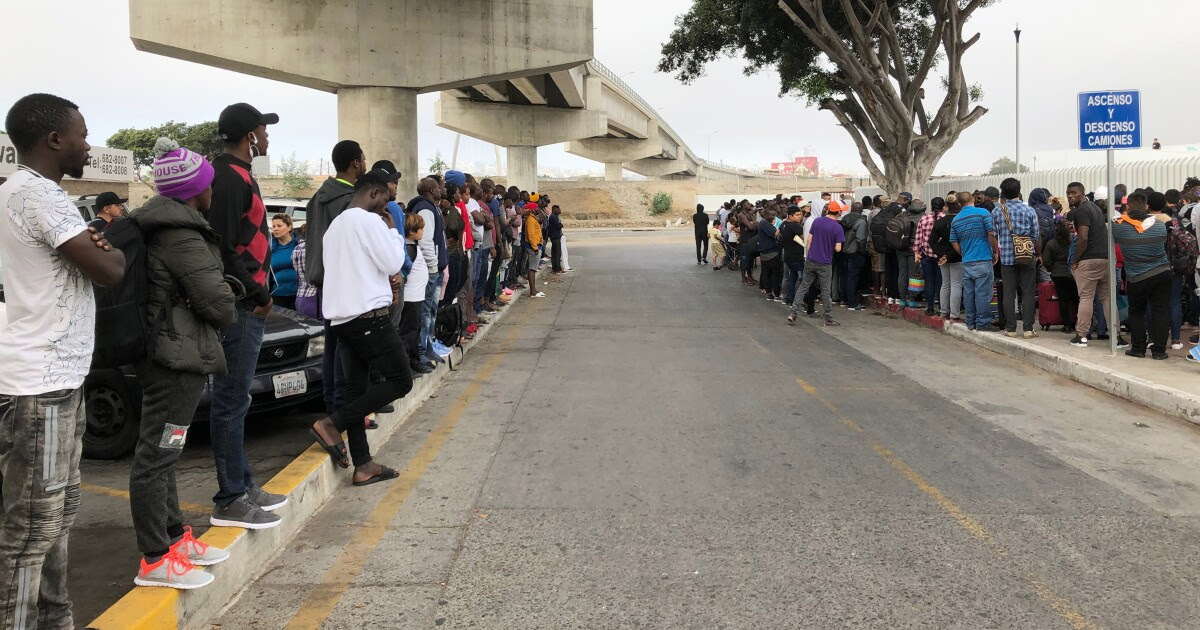 by Anna Giaritelli
{ washingtonexaminer.com } ~ The Trump administration in October will enlarge the pool of immigrants who can be barred from entry or denied visa renewals because of their reliance on U.S. government benefits... according to a rule change published in the Federal Register. The Department of Homeland Security's U.S. Citizenship and Immigration Services formally submitted the update to a 1999 rule on Monday. The rule further expands the definition of a "public charge," a term the government uses to indicate a noncitizen has a history of receiving long-term financial or other assistance. "Through the public charge rule, President Trump’s administration is reinforcing the ideals of our self-sufficiency and personal responsibility, ensuring that immigrants are able to support themselves and become successful here in America," USCIS Director Ken Cuccinelli said during a press conference Monday morning. Immigrants seeking to enter the United States for the first time as well as those seeking renewal of visas will be judged based on assistance they have accepted from the federal government for at least 12 months in any 36-month period, including cash benefits, Supplemental Security Income, Temporary Assistance to Needy Families, Supplemental Nutritional Assistance Program, most forms of Medicaid, and some housing programs, according to the new rule. The Supplemental Nutritional Assistance Program and Medicaid were not previously part of the 20-year-old rule. Applicants who apply after the Oct. 15 effective date will be judged on whether they used SNAP or Medicaid prior to then. The other listed programs will also factor into the decision because they have been among the criteria for decades. USCIS officers will not look at whether an applicant was a recipient of emergency medical assistance; disaster relief; the National School Lunch Program; the Special Supplemental Nutrition Program for Women, Infants, and Children; Children’s Health Insurance Program; Medicaid, if the person is under 21 years old; energy assistance; and other assistance or related entities...
https://www.washingtonexaminer.com/news/trump-dhs-to-block-more-immigrants-who-rely-on-government-assistance
.
Israeli MKs to Congress: Thanks,
but BDS bill 'dangerous for Israel' 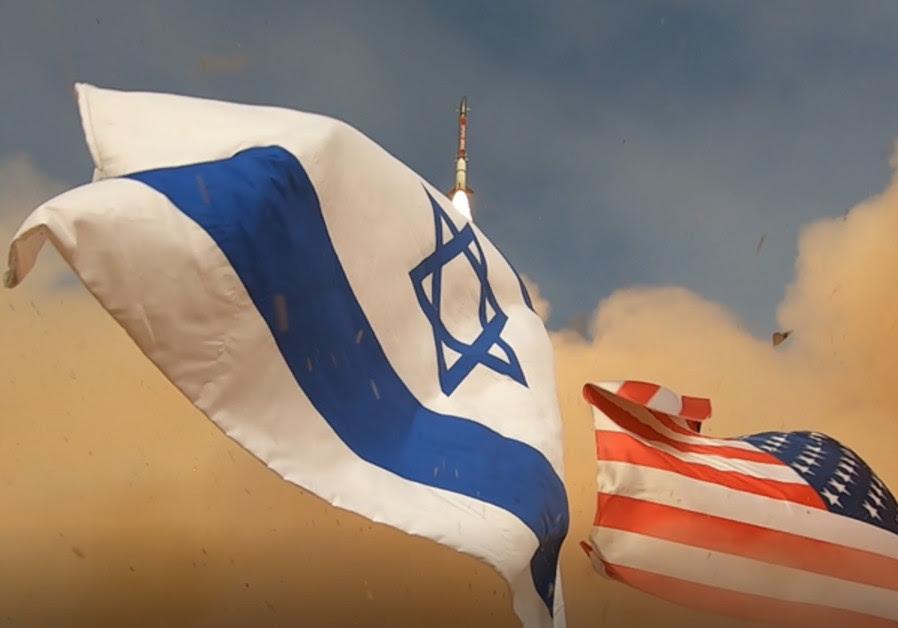 by GIL HOFFMAN
{ jpost.com } ~ Twenty-one members of Knesset from right-wing parties sent a letter to members of Congress on Monday thanking them for their recent pro-Israel anti-Boycott Divestment & Sanctions (BDS) resolution... but warning them that the resolution's endorsement of a two-state solution is harmful, because the repercussions of a Palestinian state would be "far more dangerous for Israel" than the BDS Movement. The House of Representatives overwhelmingly approved Resolution 246 opposing boycotts of Israel on July 23. Some 350 legislators, 175 from each party, cosponsored the resolution, which opposes the BDS movement, “including efforts to target United States companies that are engaged in commercial activities that are legal under US law, and all efforts to delegitimize the State of Israel.” In an effort to gain bipartisan support, the bill also “urges Israelis and Palestinians to return to direct negotiations as the only way to achieve an end to the Israeli-Palestinian conflict” and reaffirms strong support “for a negotiated solution to the Israeli-Palestinian conflict resulting in two states – a democratic Jewish State of Israel, and a viable, democratic Palestinian state – living side by side in peace, security and mutual recognition.” The letter by the MKs is a direct appeal to members of Congress to assess the dangers of a Jihadist Palestinian state formed in the heart of Israel. The MKs argue that while some sectors promote the two-state solution as being pro-Israel, the actual will of the Israeli people and the current policy of the State of Israel does not reflect that attitude. “The establishment of an additional Arab so-called Palestinian state in the region would severely damage the national security of both Israel and the United States,” the MKs wrote. “Such a state would undoubtedly be a dysfunctional terrorist state, which would distance peace and undermine stability in the Middle East. As politicians, we understand that these resolutions are accompanied by many compromises along the way in order to reach a language agreed upon by a majority. However, the affirmation of support for establishing a Palestinian state is so dangerous that we respectfully request that you take that into consideration, and in the future avoid determining that establishing an additional Arab state on territory that is the Land of Israel is part of the solution to the dispute.” The letter was initiated by the Land of Israel Caucus in the Knesset, Samaria Regional Council head Yossi Dagan and the Likud’s nationalist group. “Unfortunately, in the last few years, AIPAC is independently advancing the two-state solution,” said Dagan, who is powerful within Likud. “AIPAC portrays the two-state concept as an Israeli interest to elected officials in America and as the official position of the Israeli government, even though this is untrue. The two-state concept is not the policy of the current government coalition, nor is it stated as policy in the agreements between the coalition partners. Furthermore, this is not the policy of the Trump administration, which has even removed it from the National Security Strategic Report.”...
https://www.jpost.com/American-Politics/Israeli-MKs-to-Congress-Thanks-but-BDS-bill-dangerous-for-Israel-598392
.
Both Ohrs in Troubled Water

Arnold Ahlert:  There is little doubt that one of the most self-righteous groups of Americans afflicting this nation today are the creatives we collectively refer to as Hollywood. Whenever an issue or an incident doesn’t align itself with their hard-left worldview, they never hesitate to voice their often obscene, invariably self-righteous displeasure. President Trump is their proverbial white whale, the man director Rob “Meathead” Reiner  stated “will try to drive a stake through the heart of Democracy,” shortly after the Muller report did nothing to fuel their feverish impeachment fantasies. Yet if Reiner et al. are truly worried about driving a stake through the “heart of Democracy,” they’ve had a peculiar way of demonstrating it for nearly a decade. That’s the amount of time they’ve been “tailoring” movies for to earn the Chinese government’s approval — the censor-driven, dissent-crushing, Chinese Communist Party government.

Why? Because when it comes down to making their own choices between money and morality in what is soon to become the world’s largest film market, it’s no contest. “For almost a decade Hollywood has rolled over and had its fluffy belly tickled by grim-faced CCP censors,” writes  columnist Will Lloyd, who further notes that the party has other conditions that must be met before Hollywood can cash in. “The movie must feature a certain number of Chinese actors, a certain number of Chinese locations and cannot portray China as a villain,” he adds.

It’s worse than that. At San Diego’s ComicCon convention last month, the trailer for “Top Gun: Maverick,” the sequel to the 1986 action film starring Tom Cruise, was aired, and some fans noticed the iconic leather flight jacket worn by his character in the original film had been altered. “All of the patches from the original film were there except for flags representing Chinese adversaries Japan and the Republic of China (Taiwan). Those flags were missing,” columnist John Fund reveals.

Why? “The Hollywood Reporter found that the Chinese company Tencent is co-financing the sequel,” Fund adds. “Co-producing the film along with Paramount Pictures is Skydance, which is partially owned by Tencent.”

Examples of Hollywood’s obsequiousness abound. In “Iron Man 3,” Tony Stark’s arch-nemesis, The Mandarin, was “reconfigured” and four minutes were added to the film to make sure fans knew that Iron Man derived his power from Gu Li Duo, a milk-based drink found in Chinese convenience stores. “Karate Kid” was no longer about a Japanese karate master living in America teaching an American boy about that discipline, but rather a teacher in China teaching a teenager about the Chinese martial art of kung fu. In “World War Z,” a zombie outbreak that was to have begun in China was changed to North Korea. The same transformation took place in the 2012 remake of “Red Dawn,” where filmmakers changed the uniforms and flags of Chinese invaders to North Korean in post-production, at a price of more than $1 million. And in “Looper,” a time-traveling boss from the future tells his employee who wants to go to France he’s making a mistake. “Go to China,” the boss states. “I’m from the future. Go to China.”

“The line was inserted at the direct order of the film’s Chinese distributors,” Fund reveals.

“Wouldn’t it be powerful to see a movie about the struggles of Chinese artists, writers, and (yes) even filmmakers facing the monumental censorship machine of Communist China?” asks columnist Matt Daniels. “For all their bravado in front of captive American audiences, Hollywood shows its true colors by groveling voluntarily at the feet of the master censors in Beijing.”

Nonetheless, their ego-driven hypocrisy remains unbound. In May, Alyssa Milano and other equally zealous Hollywood elitists called for a boycott of Georgia because the state passed a restrictive abortion bill. It was their second call for such action. The first one came after Republican Brian Kemp officially won the state’s gubernatorial contest, defeating Democrat Stacey Abrams. That’s the same Stacy Abrams who has become the self-promoting, Hollywood-assisted icon for “stolen” elections arising from “racist suppression.”

How does Georgia figure into the entertainment industry? It’s the state that has earned the nickname “Hollywood of the South” because in 2017, it surpassed Hollywood and New York as the place where the most top-grossing films were made. It is also home to several television series, such as Netflix’s “Stranger Things” and “Ozark” and AMC’s “The Walking Dead.”

Why Georgia? Generous tax incentives. In other words, the same Hollywood elitists who routinely rail about the rich not paying “their fair share” have opted to abandon New York and California in favor of “Deploraville” to save themselves a buck, while denying the uber-leftist, high-tax fiefdoms of California and New York the revenue they would otherwise accrue from some of the most ardent champions of big — and expensive — government.

Even more hypocritical? The same Hollywood community that has hammered our “white supremacist” president and his “equally guilty” supporters for the carnage perpetrated in El Paso, Texas, Dayton, Ohio, and Gilroy, California, is currently “re-evaluating its strategy” regarding the release of “The Hunt,” according to Hollywood Reporter columnists Kim Masters and Tatiana Siegel.

What is “The Hunt”? “The violent, R-rated film from producer Jason Blum’s Blumhouse follows a dozen MAGA types who wake up in a clearing and realize they are being stalked for sport by elite liberals,” the duo explains.

Will Universal shelve the picture? At first, it hesitated. “Out of sensitivity to the attention on the country’s recent shooting tragedies, Universal Pictures and the filmmakers of ‘The Hunt’ have temporarily paused its marketing campaign and are reviewing materials as we move forward,” a Universal Pictures spokesperson told Fox News late Wednesday.

By Saturday — a day after President Trump rightly  condemned this Hollywood effort to “create their own violence, and then try to blame others” — Universal backed down. "We stand by our filmmakers and will continue to distribute films in partnership with bold and visionary creators, like those associated with this satirical social thriller, but we understand that now is not the right time to release this film,“ the studio said in a statement.

Not the right time to release — in America. A Hollywood picture heartily celebrating Trump Derangement Syndrome? Bet the farm it ends up released in China — where it will likely sail right past CCP censors.