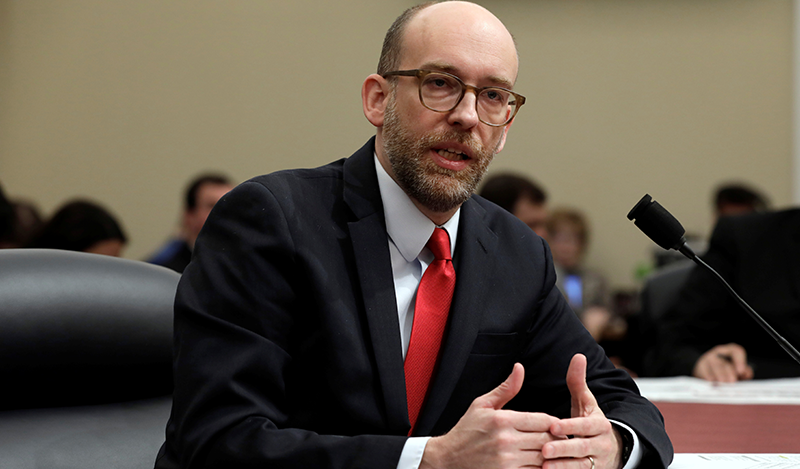 by James C. Capretta
{ aei.org } ~ The 2017 tax cut will boost growth and incomes over the next decade, which should be sufficient to justify its passage by Congress... But many of law’s defenders go a step further and claim the law will pay for itself by raising growth enough to offset the federal revenue loss from lower rates. This was always an implausible argument. Now, actual budget data for 2019 is beginning to refute it. During the first eight months of fiscal year 2019 October through May, federal revenue was $2.275 trillion, or $50 billion more than was collected during the same eight month period in fiscal year 2018. That’s an increase of 2.3 percent. The largest source of higher revenue is tariffs, which are up $20 billion, or 81 percent, over their level in 2018. Without higher tariffs, federal revenue would be up only 1.4 percent compared to 2018. So far this year, individual income tax collections are up 1.5 percent, payroll taxes are up 4.5 percent, and corporate income taxes have fallen by nearly 9 percent. The slow growth of revenue this year comes after a year of essentially no revenue growth. The government collected $3.329 trillion in revenue during all of fiscal year 2018, only $14 billion, or 0.4 percent, more than was collected in 2017. Taking into account inflation, revenue growth over the last year and a half has been even less impressive. In nominal terms, revenue to this point in fiscal year 2019 is up 4.8 percent over the same eight-month period in 2017, but inflation since the mid-point of fiscal year 2017 has been 4.3 percent. In other words, real growth in revenue over a two-year period has been about 0.5 percent, which is far below the 2 or 3 percent increase that would be expected during a strong expansion. Meanwhile, federal spending on the nation’s largest entitlement programs is surging. Outlays for Social Security, Medicare, and Medicaid are up 5.7 percent, 8.6 percent, and 3.7 percent, respectively, compared to the same period in fiscal year 2018. Combined, spending on just these three programs has grown $80 billion — or 6.2 percent — so far in 2019 compared to 2018 after adjusting for some timing shifts, which means they have more than consumed the small increase in federal revenue that has occurred through May. Total federal outlays are up $161 billion, or 5.8 percent, in the first eight months of fiscal year 2019 compared to 2018 the increase in spending is $257 billion before adjustments for timing shifts. Spending on the military is up 9.8 percent during that period, due in large part to appropriations spending increases agreed to in the 2018 bipartisan budget deal...
http://www.aei.org/publication/2019-budget-deterioration-not-improvement/
.
Department Of Education Going After Elite
Colleges For Allegedly Taking And
Hiding Foreign Cash

by Luke Rosiak
{ dailycaller.com } ~ The Department of Education is going after U.S universities over supposed ties to foreign governments... after some allegedly took huge quantities of foreign cash and hid it from regulators. At the top of the list are Georgetown University and Texas A&M, which have taken hundreds of millions of dollars from the government of Qatar, a middle eastern nation with suspected links to international terrorism. Both schools received letters from the Department of Education Thursday saying they should have disclosed that funding but their filings “may not fully capture” the activity, the Associated Press reported. The letter warned that they could be referred to the attorney general to “compel compliance.” Georgetown was also asked about possible ties to Russian cybersecurity firm Kaspersky Lab, as well as Saudi Arabian money. Both schools were ordered to disclose funding from Huawei and ZTE, Chinese firms suspected of spying. In February, a Senate investigative subcommittee released a bipartisan, 100-page report that found that not only had China been pouring money into the U.S. for a program linked to propaganda efforts, a huge percentage of U.S. colleges had violated the law by hiding the money. “Since 2006, the Subcommittee determined China directly provided over $158 million in funding to U.S. schools for Confucius Institutes,” the report said. “The Department of Education requires all post-secondary schools to report foreign gifts of $250,000 or more from a single source within a calendar year of receiving them. Despite that legal requirement, nearly 70 percent of U.S. schools that received more than $250,000 from Hanban failed to properly report that amount,” it continued...
https://dailycaller.com/2019/06/15/education-universities-foreign-cash/?utm_medium=email
.
Hong Kong Leader Carrie Lam
Suspends Chinese Extradition Proposal

by sundance
{ theconservativetreehouse.com } ~ Amid the furor from hundreds-of-thousands -perhaps millions- of protestors, Hong Kong leader Carrie Lam announces a ‘suspension‘ of the proposed extradition law... that would have permitted extradition of Hong Kong residents to Chinese law enforcement. Lam apologized on Sunday, for the way the Hong Kong government handled the proposal but she did not fully take the controversial law off the table. The ripple effect of the proposal itself now calls into question the autonomy of Hong Kong, and many observers foresee it is now only a matter of time before China takes a tighter grip. Currently Hong Kong is not subject to the same economic consequences within the U.S-China confrontation. As long as Hong Kong is considered ‘autonomous’ they remain detached from U.S. tariffs and other measures targeted to China. However, if China breeches the increasingly unclear barriers, judicial and legal systems intended to provide that autonomy – well, then the situation could change. Hong Kong is tenuous at best. This controversy couldn’t come at a worse time for Chinese Chairman Xi Jinping as many in the international community are beginning to question the scale of damage likely to increase as an outcome of the U.S. -vs- China confrontation. President Donald Trump is applying massive economic pressure upon China in an effort to force a complete restructuring of trade terms that will have global implications.  The recent moves by Trump have significantly weakened the supply chain position of a Chinese nation that is dependent on raw materials, and the import/acquisition of technology systems..
https://theconservativetreehouse.com/2019/06/16/hong-kong-leader-carrie-lam-suspends-chinese-extradition-proposal/
.
The Palestinian Leaders'
War on Preventing Corruption 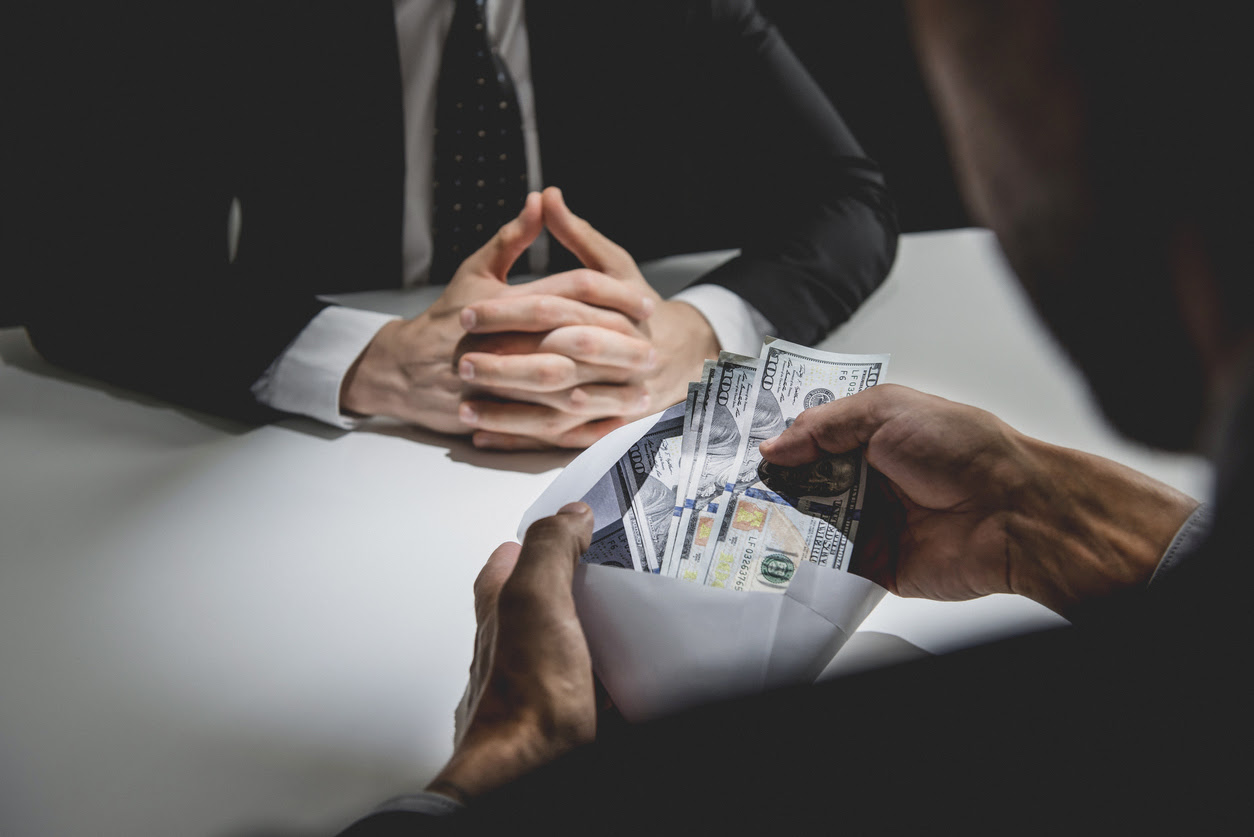 by americanlibertyreport.com:  We’re in a weird part of the news cycle. For the most part, the left is acknowledging that President Trump didn’t collude with Russia after all... There are even thought leaders on the blue side admitting that the economy is in great shape. It seems that the American people aren’t allowing the tallest of tales to persist anymore. So, the left has to pivot. They’ve been great at that for a long time, and one of their pivots is to focus on policy. Their policies are insane, but it’s a refreshing change of pace. Because of that, we’ve reached a point where even commie-Alexandria Ocasio-Cortez is discussing some real details of her legislative proposals. Before this miracle subsides, we should dive into those details. There’s a lot in the Green New Deal that has nothing to do with climate change or environmentalism. So, for the sake of analysis, we can ignore the parts that discuss universal child care and free college. We’ll even look past the ambitious components that include retrofitting every building in the country or coast-to-coast high-speed rails. When you ignore all of the outrageous policy in the deal, you’re left with a premise: use government funding to facilitate a trend away from fossil fuels. There’s even a specific goal — getting to net-zero carbon emissions. No matter what mechanism you try to achieve this goal, it’s going to cost money. The reason we use fossil fuels is because they are more cost-effective than alternatives. It’s as simple as that. In order to maintain the level of energy production we have while achieving net-zero emissions, we’re going to have to use more expensive technologies. If that expense is subsidized by taxpayers, it’s going to cost them more money than any country has ever spent on any project in the history of the world. The true scale of this cost is hard to understand. The most conservative estimates around suggest that the US would have to spend tens of trillions of dollars every year to get away from carbon-based fuels. Plans that exclude nuclear or unreasonably favor solar get even more expensive. It’s so extreme that even commie-AOC is admitting the extreme cost. Remember, this is coming from a politician who is known for championing bumper sticker talking points over anything of substance...
https://www.americanlibertyreport.com/articles/even-aoc-is-acknowledging-the-impossible-price-tag-of-the-green-new-deal/
.

Political Editors:  The Trump-hating Left (but we repeat ourselves) has grown impatient of House Democrats’ reluctance to launch impeachment proceedings against President Donald Trump. And who can blame them? Democrats have pushed the impeachment narrative ever since he took office.

However, instead of taking decisive action, the Democrats have offered little to those in the throes of Trump Derangement Syndrome beyond a bunch of doublespeak. Recall House Speaker liar-Nancy Pulosi’s comment last week: “I don’t want to see [Trump] impeached; I want to see him in prison.” Or how about House Judiciary Committee Chairman scumbag liar-Jerry Nadler, who two weeks ago stated that there “certainly is” justification for impeaching Trump, only to later offer excuses: “Impeachment is a political act, and you cannot impeach a president if the American people will not support it.”

Perhaps commie-Alexandria Ocasio-Cortez was onto something when she noted that Democrats are “kind of sitting on our hands.”

Let’s get this straight: Trump deserves to be impeached and even imprisoned for “crimes” that Democrats can’t quite seem to find but assure us are there. This is partisan rhetoric, pure and simple. Robert Mueller’s exhaustive and one-sided investigation found no crime nor action on the part of Trump that justifies impeachment — and the Democrats know it. That’s why they’re playing coy.

But will their hand be forced by that hard-left base? Last week, CNN’s Chris Cuomo threw down the gauntlet: “Where it leads, how it ends, you can’t know and that should not be your guide. Do your duty. This is D-Day. We’re celebrating people making the ultimate sacrifice only out of a matter of duty.”

So Cuomo is invoking the blood our men shed on Omaha Beach to push for a bogus impeachment? And CNN wonders why no one is watching.

Tomorrow, a bunch of leftist activists will take to the streets in several cities across the country for an #ImpeachTrump Day of Action. But if history is any guide, the Left may end up regretting its absurd temper tantrum.  ~The Patriot Post