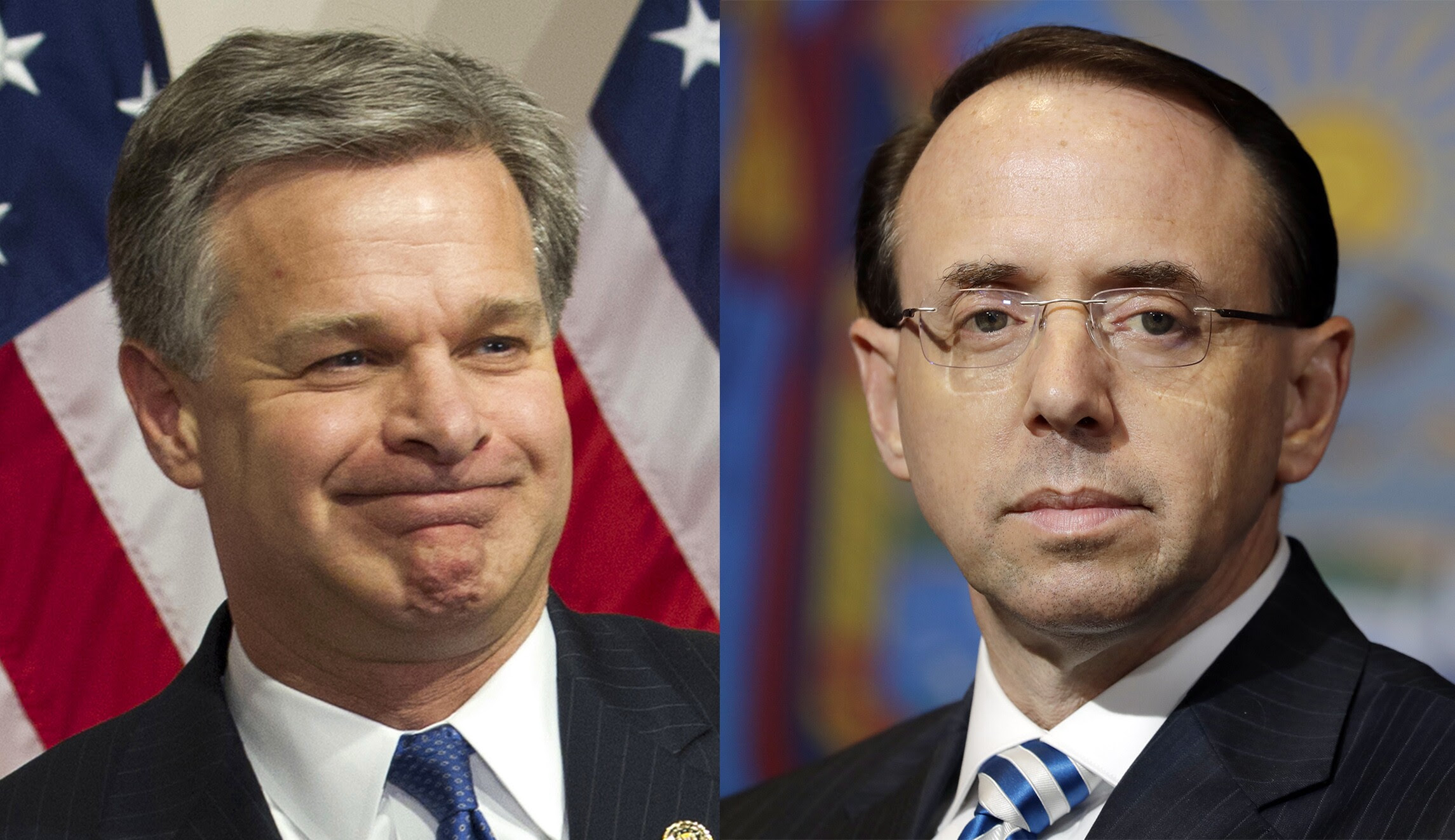 by Susan Ferrechio
{ washingtonexaminer.com } ~ FBI Director Christopher Wray and Deputy Attorney General Rod Rosenstein will testify Thursday at a hearing called by the House Judiciary Committee... that will delve into a recent Department of Justice inspector general’s report on the department’s actions taken during the 2016 election. According to a statement sent by the committee, Wray and Rosenstein will testify about the inspector general’s recent report   concerning the handling of a probe of liar-Hillary Clinton’s private email server. The report, issued earlier this month, found several top FBI agents expressed political bias against Trump but that it did not impact “investigative decisions" related to the liar-Clinton email investigation...
https://www.washingtonexaminer.com/news/congress/house-to-grill-christopher-wray-rod-rosenstein-over-ig-report-on-clinton-email-investigation?utm_source=WEX_News%20Brief_06/25/2018&utm_medium=email&utm_campaign=WEX_News%20Brief
.
Pro-Choice Republicans Write Their Own Obituary, Blame Trump

by Grace Carr
{ dailycaller.com } ~ Pro-choice Republicans of the Republican Majority for Choice (RMC) party allege they have no option but to leave the GOP... placing the blame mainly on President Donald Trump. RMC leaders Susan Bevan and Susan Cullman co-authored a New York Times op-ed Sunday explaining why pro-choice Republicans must abandon the Republican Party.  “As pro-choice Republicans, we refuse to support a party that has rightly earned the labels anti-woman and anti-common sense,” they wrote in “Why We Are Leaving The G.O.P.” They have fought long and hard for the rights of women and their families, and sought common ground when friction arose within the party, the two women wrote...You ladies are making a big mistake.
http://dailycaller.com/2018/06/25/pro-choice-republicans-blame-trump/?utm_medium=email
.
Iranian Protestors Swarm Streets Chanting, ‘Death to Palestine’

by Adam Kredo
{ freebeacon.com } ~ Iranian civilian protestors, in a surprising turn of events in the country, are taking to the streets to express opposition to the hardline ruling regime by chanting... "Death to Palestine" and "Leave Syria, think of us," according to an independent translation of videos showing the protests. The protests, just the latest in social unrest gripping the country, began over the weekend and have spilled into Monday, as anti-regime protesters express frustration over the plunging value of Iran's currency, the rial, and Iranian leadership's continued funding of regional terror groups and military operations in Syria on behalf of embattled President Bashar al-Assad. Protesters are said to be fed up with the Iranian ruling regime's focus on foreign intervention ahead of the country's own economy, which has been even further strained since President Donald Trump walked away from the landmark nuclear agreement and reimposed harsh sanctions on Tehran...  http://freebeacon.com/national-security/iranian-protestors-swarm-streets-chanting-death-palestine/?utm_source=Freedom+Mail&utm_campaign=ca7c850469-EMAIL_CAMPAIGN_2018_06_25_09_33_COPY_65&utm_medium=email&utm_term=0_b5e6e0e9ea-ca7c850469-45611665
VIDEO:  https://www.youtube.com/watch?v=ukhrobSFnUA
.
Turkey will spread Islamic terrorism like Saudi Arabia once did 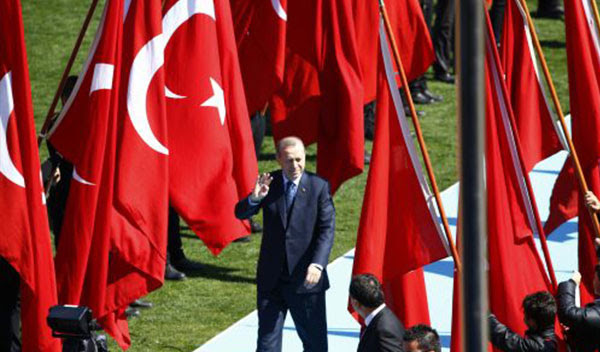 by Michael Rubin
{ aei.org } ~ President Recep Tayyip Erdogan has declared victory in an election which independent observers say was neither free nor fair... Under Turkey’s new executive presidency, Erdogan can rule by decree. Then again, he has been able to do so for almost two years, since he declared a state of emergency in the wake of a coup attempt which very well may have been Turkey’s equivalent of the Reichstag fire. Those who support continued U.S.-Turkey partnership say either that the United States has invested too much in its ties to Turkey to walk away because of disgust with one man or they point to Turkey’s strategic value. These concerns miss the point, however: The partnership between Washington and Ankara was never arbitrary; it rested on shared values. The values the Turkish government now holds, however, are the  antithesis of American democratic and liberal values. Erdogan has cracked down on free press, imprisons opponents, and engages in hostage diplomacy. He unapologetically supports Islamist terrorist groups and threatens to betray U.S. military technology to Russia. NATO, meanwhile, is an alliance of joint defense. The whole is greater than the sum of the parts. When one member is threatened, the others rally to its defense; they do not engage in a bidding war for loyalty, as Erdogan openly does with Washington and Moscow. The real problem with Turkey is not its relationship with the United States, however, but rather its relations with the world...   http://www.aei.org/publication/turkey-will-spread-islamic-terrorism-like-saudi-arabia-once-did/?mkt_tok=eyJpIjoiWlRoaFpqZ3lZbU0yTUdZeSIsInQiOiJzUjJCdVZ3WnFOckp1VUJ3XC9LR0xEdGtlalVubnY4TnhjSG5pdGVOcUh1bDVwRnF3MzNObWpDWHFyZEVYYlNnSjJyeEJzbk9CaHFWcmJOamdjRG1xaEVGR1U3eHY2YXV2RFwvb2R0ek83eVwvUFVzM3diQ044NHNUbmdtMHlTN2JpSyJ9
.
Working-age Illinois Residents
Are Fleeing the State Amid Debt Crisis

by Hunter Lovell
{ freebeacon.com } ~ An Illinois Policy Institute analysis of U.S. Census Bureau data found that Illinois's working-age population declined by 41,000 from July 2016 to July 2017... even though the United States' prime working-age population grew by almost 450,000 over the same time period. The state also saw slower population growth in every working-age population category, which includes people between the ages of 25-54. "Illinois is losing its workforce to other states because of its bad economic policies. A shrinking workforce has serious implications for the long-term health of our state’s economy," said Orphe Divounguy, chief economist at the Illinois Policy Institute. "The state should be focused on making it an appealing decision for working-age people and young families to plant roots in Illinois through policies that will reduce the cost of doing business and improve living standards." The state has been entrenched in a crisis during a period of economic stability in the rest of the nation. Illinois experienced 28 percent slower income growth than the rest of the United States from 2015 to 2016, according to the Bureau of Economic Analysis. Hiring has also proved more rare; the unemployed face more hurdles in finding work than their counterparts in other states. Illinois job seekers stayed unemployed 33 percent longer than unemployed workers in the rest of the nation...
http://freebeacon.com/issues/working-age-illinois-residents-fleeing-state-amid-debt-crisis/?utm_source=Freedom+Mail&utm_campaign=ca7c850469-EMAIL_CAMPAIGN_2018_06_25_09_33_COPY_65&utm_medium=email&utm_term=0_b5e6e0e9ea-ca7c850469-45611665
. 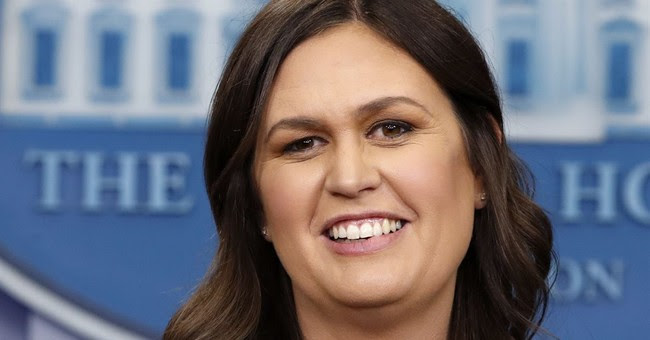 by Cal Thomas
{ townhall.com } ~ As a longtime resident of Virginia, I am well aware of its sordid history when it comes to slavery, racism and discrimination. I can still remember "colored only" restrooms, water fountains, poll taxes and African Americans forced to ride in the back of the bus. Virginia public schools in the 1950s were mostly segregated, as they had been since first established in 1870.

Segregation was so bad in my home state of Virginia that even Native Americans were largely excluded from public education. It wasn't until 1963, nine years after Brown v. Board of Education, that public schools were open to them. It took another five years before the U.S. Supreme Court ruled in Charles C. Green et al. v. County School Board of New Kent County, Virginia, that the New Kent School Board had to "convert promptly to a school system without a 'white' school, and a 'Negro' school, but just schools." This ruling quickened the pace of desegregation in Virginia.

What happened last week to White House Press Secretary, Sarah Huckabee Sanders and her friends at the Red Hen restaurant in Lexington, Virginia, brought back memories of those unpleasant days, except in this case it wasn't race, but ideology that led to Sanders and her party being expelled from the establishment.

A waiter had served their meal, but after learning that Sanders was there, the owner asked her to leave. Sanders tweeted, "...Her actions say far more about her than about me. I always do my best to treat people, including those I disagree with, respectfully and will continue to do so."

Will the owner begin screening future patrons based on their political ideology and who they voted for in the last election? Those who claim to be defenders of free speech and free association have been strangely quiet about the incident, leading one to believe they support the restaurant owner's decision.

Liberals and civil rights activists criticized and filed lawsuits against Jack Phillips, the Colorado baker, who refused on religious grounds to make a wedding cake for a same-sex couple, even though he had baked other kinds of cakes for gay customers. Phillips, who never threw gay customers out of his bakery, later won his case before the Supreme Court.

The left was so incensed over last year's demonstration by a white supremacist group in Charlottesville, Virginia, that they stepped up their efforts to remove Confederate statues from public places.

Last week, after three years of dawdling, the Alexandria City Council voted to expunge the name of Confederate States President Jefferson Davis from the highway, changing it to Richmond Highway. In neighboring Arlington County, Davis' name will remain for now, but I suspect not for much longer as that county, too, is dominated by liberal politicians.

One doesn't need to have much imagination to predict what would have happened if a gay person, an African American or even a liberal politician had been asked by a conservative restaurant owner to leave because of their sexual orientation, race or ideology. The outcries would have properly come from just about everywhere and lawyers would be lined up to file anti-discrimination lawsuits. Demonstrators outside the restaurant would have quickly followed, probably forcing the place to close, or requiring the owner to issue an apology.

As in the case of "comedian" Michelle Wolf, who made remarks about Sanders' smoky eye at this year's White House Correspondents Dinner, Sanders continues to demonstrate more class than her critics.

Some on the left blame President Trump for the increase in political invective. Sorry, but that doesn't wash. People are responsible for their own behavior and if they think someone is behaving badly, they should demonstrate classier behavior, like Sarah Sanders continues to do.
https://townhall.com/columnists/calthomas/2018/06/26/bigotry-returns-to-virginia-n2494296?utm_source=thdaily&utm_medium=email&utm_campaign=nl&newsletterad=
E-mail me when people leave their comments –
Follow