CUT TO THE CHASE: The Senate impeachment trial: eight things you need to know (The Daily Signal)

AMBIGUOUS FUNDRAISING NUMBERS: Trump outraises individual Democrats but is behind the pack (The Resurgent)

NO FREE SPEECH (OR FACTS) ALLOWED: Denver Post columnist fired after arguing there are two sexes (The Washington Free Beacon)

AND WHAT DOES commie-SANDERS WANT?  commie-Sanders floats “moratorium on 99%” of deportations, demolition of border wall (National Review)

“NO PLANS TO SEND THEM OUT”: Iran backtracks on plan to send flight recorders to Ukraine (AP)

POLICY: Let’s not squander the opportunity to increase organ donations and save lives (National Review)

SATIRE: Media offers thoughts and prayers that someone would start some violence at gun-rights rally (The Babylon Bee)

by sundance
{ theconservativetreehouse.com } ~ The gang is getting back together again. Representatives Jim Jordan, John Ratcliffe, Mark Meadows, Debbie Lesko, Elise Stefanik, Lee Zeldin and Doug Collins have been selected as additions to President Trump’s impeachment defense team. UPDATE... and Mike Johnson Today, President Donald J. Trump announced that the following Members of the House of Representatives will serve as part of his team working to combat this hyper-partisan and baseless impeachment. Throughout this process, these Members of Congress have provided guidance to the White House team, which was prohibited from participating in the proceedings concocted by Democrats in the House of Representatives. The President looks forward to their continued participation and is confident that the Members will help expeditiously end this brazen political vendetta on behalf of the American people. UPDATE – Oh man, they messed up my “MAGAnificent Seven” slogan by unexpectedly having eight. LOL. Oh well, “Elite Eight” because it makes sense to include an actual constitutional attorney ¹Mike Johnson. This is a big honor. These names will appear in history books generations from now.…And not Matt Gaetz LOL.
https://theconservativetreehouse.com/2020/01/20/president-trump-adds-maganificent-seven-to-impeachment-defense-team/
.
Media Predicted Carnage Fail – Virginia
Lobby Day Second Amendment Rally Peaceful

by sundance
{ theconservativetreehouse.com } ~ Approximately 22,000 second amendment supporters rallied at the Richmond, Virginia capitol today to petition state government not to infringe on the rights of law-abiding gun owners... Appearing to cheer for some confrontation or violent outcome, the national media had hyped the event as a massive assembly of “right wing militia groups”; further attempting to inject a racial element around the MLK holiday by proclaiming “white separatists” would be squaring-off against Virginia law enforcement. It was all fake news. Curtis Houck from the Media Research Center assembled a montage of CNN and MSNBC media reports from this morning to highlight how the national media attempted to set the narrative. An incredible contrast of media nonsense against the reality, purpose and intent of a peaceful rally to petition state government for a constitutional right.   https://theconservativetreehouse.com/2020/01/20/media-predicted-carnage-fail-virginia-lobby-day-second-amendment-rally-peaceful/
.
Trump to decide on 'Deal of the Century'
release date in coming days 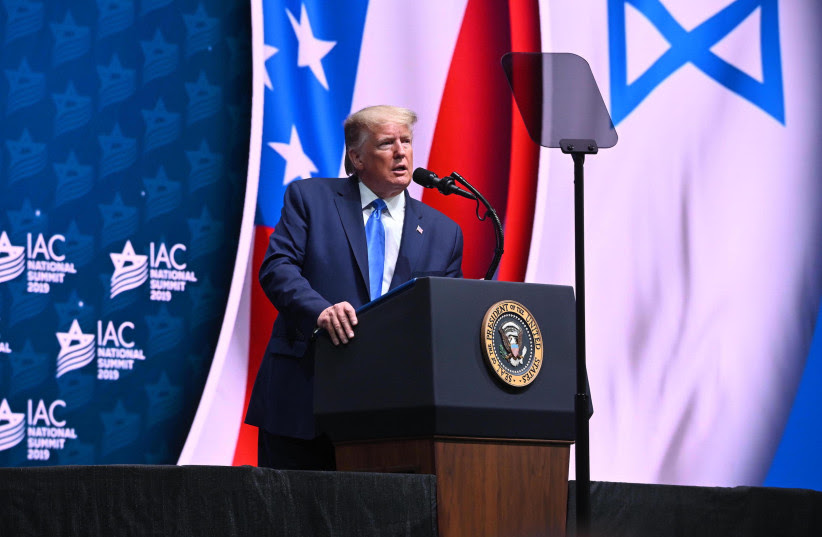 By LEON SVERDLOV
{ jpost.com } ~ US President Donald Trump is expected to decide in the coming days whether to present the White House's "Deal of the Century" before the Israeli election... Channel 13's political correspondent Barak Ravid has reported. According to Ravid, there have been intense deliberation among Trump's advisers regarding the issue, but the president is presumably concerned about the  possible effect the publication of the peace plan might have on Israel's March 2 election – as well as on his own re-election. However, if Trump decides to wait until after the election, it may be difficult for him to present his plan later due to his own 2020 re-election campaign, Ravid wrote. Presenting the plan before the election might tilt the odds in favor of Prime Minister Benjamin Netanyahu, whose primary focus in the run-up to the election is expected to be on the question of parliamentary immunity.  After Netanyahu was indicted for bribery, fraud and breach of trust, his legal issues have also become the focus of the campaign by rival party Blue and White, which is currently also the largest party in the Knesset. Trump's "Deal of the Century" to resolve the Israeli-Palestinian conflict has been the focus of much speculation. A December report by Lebanese pan-Arabist TV channel al-Mayadeen said that a draft copy of the plan showed Jerusalem would  remain united mostly under Israeli control, with some responsibilities shared with a Palestinian state. The reports also claimed that the plan includes the formation of "New Palestine" in the West Bank and the Gaza Strip, with the settlement blocs to become part of sovereign Israel.  Netanyahu promised to annex the Jordan Valley before the end of the second election last fall. Then, US special envoy Jared Kushner advised the prime minister to wait until the plan is released. Trump's decision on the plan's release date is expected to be influenced by developments in Congress concerning his impeachment process as well...   https://www.jpost.com/Arab-Israeli-Conflict/Trump-to-decide-on-Deal-of-the-Century-release-date-in-coming-days-614670
.
How Europe Made Itself Dependent
on Nefarious Oil Powers

by Victor Davis Hanson
{ dailysignal.com } ~ Despite its cool Green parties and ambitious wind and solar agendas, Europe remains by far the world’s largest importer of oil and natural gas... Oil output in the North Sea and off the coast of Norway is declining, and the European Union is quietly looking for fossil fuel energy anywhere it can find it. Europe itself is naturally rich in fossil fuels. It likely has more reserves of shale gas than the United States, currently the world’s largest producer of both oil and natural gas. Yet in most European countries, horizontal drilling and fracking to extract gas and oil are either illegal or face so many court challenges and popular protests that they are neither culturally nor economically feasible. The result is that Europe is almost entirely dependent on Russian, Middle Eastern, and African sources of energy. The American-Iranian standoff in the Middle East, coupled with radical drop-offs in Iranian and Venezuelan oil production, has terrified Europe—and for understandable reasons. The European Union has almost no ability to guarantee the delivery of critical oil and gas supplies from the Middle East should Iran close the Strait of Hormuz or harass ships in the Persian Gulf.
Europe’s only maritime security is the NATO fleet—a synonym for the U.S. Navy. Vladimir Putin’s Russia supplies an estimated 30% of Europe’s oil needs. In times of crisis, Putin could exercise de facto control over the European economy...   https://www.dailysignal.com/2020/01/16/how-europe-made-itself-dependent-on-nefarious-oil-powers/?utm_source=rss&utm_medium=rss&utm_campaign=how-europe-made-itself-dependent-on-nefarious-oil-powers?utm_source=TDS_Email&utm_medium=email&utm_campaign=MorningBell&mkt_tok=eyJpIjoiTm1WbFlUZGhZamhtT0dVNCIsInQiOiJwdHoydjJibTgzRE9pcUZuYnh1azV2Z2djZTVrWjRlT0sxaXZmNk9RNEhGcEF1XC9ucVA5azhBU2NvaGF0VmpjaEN3Y1EwWUhYOUpQNWV5c0dVWm5HaFlFUk9jSVFZUnlPcnhNeFRSZldFckd1VFJkUUJVQllcL1wvZnlMSVNDbUI0NCJ9
.
Columnist for Palestinian Authority Daily Calls
for Terrorist Attack on Upcoming Holocaust Memorial Ceremony Attended
by Over 40 World Leaders

by Benjamin Kerstein
{ algemeiner.com } ~ The official Palestinian Authority daily published an opinion piece on Saturday that called for a terrorist attack on a major upcoming memorial ceremony in Israel marking 75 years since the liberation of Auschwitz... saying, “One shot will disrupt the ceremony and one dead body will cancel the ceremony.” The event, titled “Remembering the Holocaust: Fighting Antisemitism,” has attracted over 40 world leaders, including Britain’s Prince Charles, US Vice President Mike Pence, and Russian President Vladimir Putin, who will all arrive in Israel this week. According to a translation from Palestinian Media Watch, columnist Yahya Rabah wrote in PA daily Al-Hayat Al-Jadida that Israel “is now energetically planning to hold a ceremony for the Holocaust in occupied Jerusalem, and it is accustomed to the world participating with it in this ceremony, as the Jews’ Holocaust is terrible, but the Palestinian holocaust by Israel that still continues is insignificant, beautiful, spectacular, and good.” “Of course, the Palestinians will never accept this equation, and it can be assumed that they will resist the ceremony being held in Jerusalem itself, as Jerusalem is theirs, despite Trump, who gave it to Israel as part of the filthy deal of the century,” he added. Rabah then called for an act of terrorism, writing, “One shot will disrupt the ceremony and one dead body will cancel the ceremony.” “And despite the misery of the Arabs and their dissatisfaction with what is happening, they are capable, if even for just a moment, of not following in the steps of Israel and America who are determining for them who their enemies are and who their friends are,” Rabah seethed.  https://www.algemeiner.com/2020/01/19/columnist-for-palestinian-authority-daily-calls-for-terrorist-attack-on-upcoming-holocaust-memorial-ceremony-attended-by-over-40-world-leaders/?utm_content=news1&utm_medium=daily_email&utm_campaign=email&utm_source=internal/%22
.
How to End White Privilege 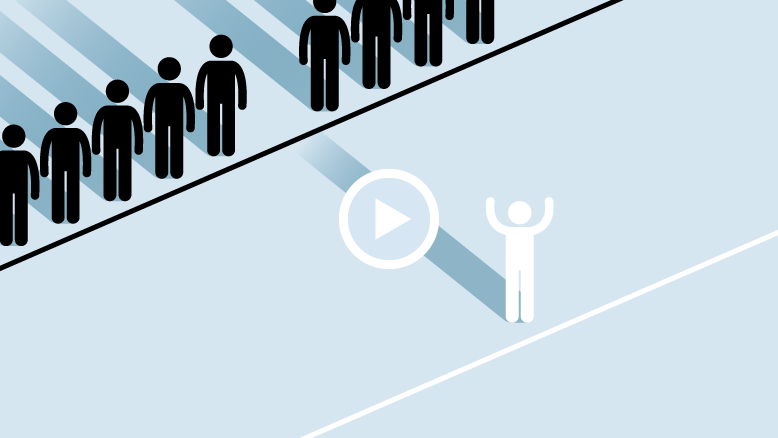 by  Brandon Tatum
{ prageru.com } ~ Brandon Tatum doesn’t forgive you for your white privilege... How can he forgive you for something that doesn’t exist? So where did the notion of white privilege come from? Who does it benefit? And who does it hurt? The answers might surprise you.
VIDEO:  https://www.prageru.com/video/how-to-end-white-privilege/
.

Michael Swartz:  One of the bellwether elections of the 2018 “blue wave” was the prior year’s state-level balloting in the Commonwealth of Virginia. Not only did the Democrats retain the governor’s office, swapping out Terry McAuliffe for his lieutenant, Ralph “Blackface” Northam, but they also came within a single vote of securing the Virginia House of Delegates, a remarkable shift from its previous 66-34 Republican majority. Last November, the Democrats finished what they started, gaining six more House seats and flipping the Virginia Senate, where the GOP’s narrow majority had stood since 2015.

With their legislative majority firmly established, a governor limited to one term, and the 2018 Charlottesville strife still fresh in their minds, Virginia Democrats decided to begin this year with a virulently anti-Second Amendment gun-control agenda. Perhaps having seen this writing on the wall, a vast majority of Virginia’s counties and independent cities have declared themselves Second Amendment sanctuaries, vowing not to enforce draconian gun-confiscation laws if passed.

To be sure, this made for a tense start to the legislative session in Richmond — and it’ll be even more so next week with a major Virginia Citizens Defense League (VCDL) lobbying day slated for Monday. Citing the presence of “credible threats,” Gov. Northam ordered a preemptive strike: the declaration of a state of emergency, which allowed him to ban weapons from the state capitol grounds. Democrat lawmakers had already banned weapons from the Capitol building itself earlier this month. Not surprisingly, hundreds of 2A backers have expressed their displeasure with the newly proposed suite of 12 gun-control bills, three of which just passed the state senate.

This week’s lobbying day, sponsored by the National Rifle Association, actually drew praise from Northam for its amicable discussion of differences. “Earlier this week, the NRA hosted its annual lobby day … and the day passed without incident. That is what peaceful events look like,” said Northam, who called on the VCDL to show similar restraint. The NRA had a different request, though, and its advocacy got results: The most egregious anti-gun bill, a bid to confiscate AR-15 rifles, was withdrawn, and other measures were amended to weaken the anti-gun bills.

Along with Northam’s “credible threat” of violence this coming Monday comes an equally credible threat that far-left groups may stir up trouble. In a release obtained by the Washington Examiner, the VCDL asserted, “The Democrats are afraid of the voters and want to portray this peaceful assembly of law-abiding gun owners in the worst possible way. They would love for it to degenerate to ‘violence, rioting, and insurrection’ in order to smear gun owners. Has the Democrat leadership actually invited violent groups to attend for the purpose of disrupting our peaceful assembly?”

As the Virginia GOP notes, “Northam and the rest of the Virginia Democrats have made their session goal crystal clear: a disarmed, vulnerable, and subservient citizenry.” Somewhat less reserved was the neighboring state of West Virginia, which rolled out the welcome mat for more of Virginia’s counties to join the state. As Hot Air’s Jazz Shaw adds, “Virginia would immediately turn blue, but they’d lose some congressional seats while West Virginia would become an even darker shade of red and gain some seats.”

Clearly, it would’ve been better to have this discussion prior to the state’s 2019 election, when the citizenry could have denied Democrats their legislative majority. But here we are, and Virginia’s Second Amendment defenders appear ready for a fight.   ~The Patriot Post