0
TheFrontPageCover
~ Featuring ~
Israel has taken its biggest step into
the Syrian war yet. What does that mean?
by Adam Taylor

by rickwells.us
{ rickwells.us } ~ It’s time to for CBS to prepare fumigate the studio, scum-Adam Schiff is joining Major Garrett as a guest on Face the Nation... Garrett introduces scum-Schiff as “the top Democrat on the Intelligence Committee,” which is not unlike recognizing the largest tick on an ailing hound.  Garrett reads a tweet sent by President Trump in response to the bad-faith effort on behalf of scum-Schiff and his sleazy Democrat accomplices to release a rebuttal to the Republican memo, a document that could not be made public due to the Democrats having deliberately packed it full of classified information.  President Trump tweeted, “The Democrats sent a very political and long response memo which they knew, because of sources and methods and more, would have to be heavily redacted, whereupon they would blame the White House for lack of transparency. Told them to re-do and send back in proper form!... https://rickwells.us/schiff-busted-lying-stunts/
VIDEO:  https://www.youtube.com/watch?v=aRyLYDs3cFk
.
Rep. Says Somebody’s Got to go
to Jail Over FISA or “Our System Is Over” 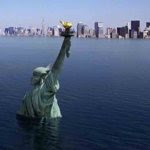 by S.Noble
{ independentsentinel.com } ~ The FBI and DoJ are accused of spying on the Trump campaign... The warrant they ostensibly used was based on a dossier with information provided by the liar-Hillary campaign and the DNC. There is evidence of a widespread cover-up and a possible coup attempt by liar-Hillary supporters in the agencies. The FBI appears to have lied to the FISA secret court, using the fake dossier, to get a warrant on a peripherally-involved Trump campaign aide, Carter Page. They labeled him a spy which would allow them to spy on the entire Trump campaign. The shocking thing is no one has gone to jail. In fact, no one has even lost their job. They get to resign on fat pensions or they get a different job, sometimes a lesser job without a cut in pay...   http://www.independentsentinel.com/rep-says-somebodys-got-go-jail-fisa-system/
VIDEO:  https://www.youtube.com/watch?v=CHrFH1IX9RY
.
Why FBI Supervisor David Laufman’s
Resignation Is a Big Deal 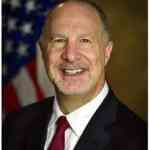 by S.Noble
{ independentsentinel.com } ~ Hugh Hewitt posted several tweets yesterday that might explain why the “David Laufman resignation is a big deal.”... Laufman was the Primary Supervisor of Counter-Intelligence in National Security. In his position, he had to be involved in the FISA application on Carter Page. His section was responsible for much of the potential corruption. Hewitt writes: He would have been involved in the liar-Clinton email investigation. His section handled cases involving leaks of classified information. The decisions concerning granting immunity, and allowing conditions to be attached to the examination of computers would have come from his office. If you remember, the FBI did not examine the “hacked” DNC computers. It was turned over to a private firm called CrowdStrike which is tied to Fusion GPS...  http://www.independentsentinel.com/fbi-supervisor-david-laufmans-resignation-big-deal/
.
Gohmert – Corrupt, Lying DOJ-FBI
Officials Should Already Be In Prison

by rickwells.us
{ rickwells.us } ~ Rep Louie Gohmert addresses the problem at the White House with the vetting of John Kelly aide Rob Porter... noting that the only thing that General Kelly did wrong in the process was that he trusted the FBI, something that he now knows can’t be done. He points out that once Kelly knew that the reports of spousal abuse by Porter were correct he was immediately out the door. Gohmert and Judge Jeanine both support President Trump in his fair approach to scandals and rumors, referencing his tweet on the topic. President Trump stated, “People’s lives are being shattered and destroyed by a mere allegation. Some are true and some are false. Some are old and some are new. There is no recovery for someone falsely accused – life and career are gone. Is there no such thing any longer as Due Process?”... https://rickwells.us/gohmert-corrupt-doj-fbi-prison/
VIDEO:  https://www.youtube.com/watch?v=dTWctHM8wXE
.
scum-Holder for president? Not a chance

by Chad Groening
A California-based conservative black activist says former Attorney General scum-Eric Holder should be in jail... not considering a run for president. During a recent breakfast sponsored by the Christian Science Monitor, scum-Holder said he would make his decision by the end of the year. He joins New Jersey Senator scum-Cory Booker and California Senator Kamala Harris as high-profile blacks who could be challenging for the 2020 Democratic presidential nomination. But Jesse Lee Peterson, founder and president of The Brotherhood Organization of a New Destiny (BOND), says scum-Holder "has no chance."...  https://www.onenewsnow.com/politics-govt/2018/02/12/holder-for-president-not-a-chance?utm_source=OneNewsNow&utm_medium=email&utm_term=16789490&utm_content=565493864984&utm_campaign=32828
.

.
Israel has taken its biggest step into
the Syrian war yet. What does that mean? 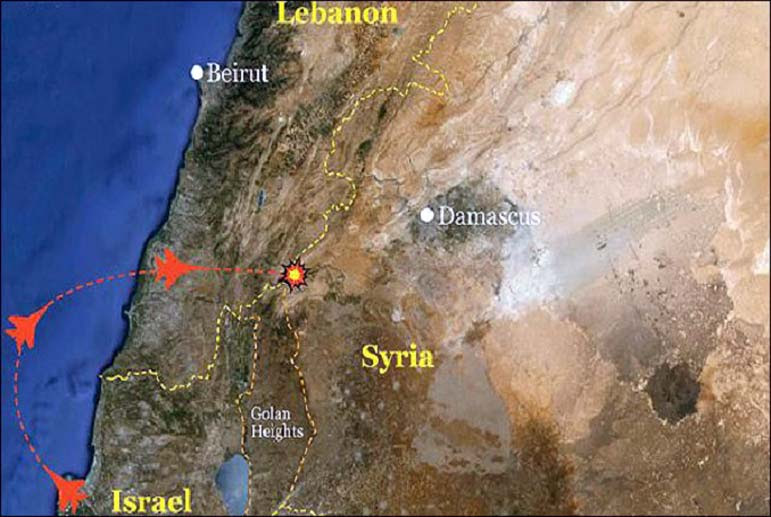 by Adam Taylor
{ jewishworldreview.com } ~ The Syrian war has seen no shortage of twists already this year, but this weekend, it saw one of its most consequential. On Saturday, Israel's military announced that it had carried out a "large-scale" aerial attack inside Syria, after back-and-forth clashes overnight in which an Iranian drone was shot down in Syrian territory and an Israeli F-16 was downed by Syrian antiaircraft fire.

Despite its proximity, Israel has largely stood on the sidelines of the Syrian conflict over the past seven years. Saturday's airstrikes, however, suggest that it may soon end up sucked into a conflict that is looking increasingly chaotic after the military defeat of the Islamic State. If Israel does become more engaged in the fighting next door, it could have serious consequences for the war in Syria war - and for the region as a whole.

What has Israel's involvement in the Syrian war been so far?

Israel shares a contentious border with Syria - the Golan Heights - and it has long had openly adversarial relations with not only Bashar al-Assad's government but with Syria's allies Iran and Lebanon's Hezbollah militia. However, Israel also had little reason to support the Islamic State or al-Qaeda-aligned Islamist groups that became the Syrian government's primary rivals.

Still, Israel has conducted dozens of covert airstrikes against Hezbollah weapons convoys in Syria. These interventions generally were not announced publicly and were small in scale. Syrian government forces and their allies have generally refrained from responding, wary of opening up yet another front in an already chaotic conflict.

Things began to change over the past year, however, as the Islamic State lost territory and Assad's forces and their allies regained control of the conflict.

Last year, Israel pushed back against a partial cease-fire brokered by the United States and Russia, arguing that it allowed Iranian expansion near Israel's borders. Many in Israel feared not only that Iran and its allies would entrench themselves near the Israeli border but that Hezbollah had been using the Syrian fighting as a training and that Iran might help the militia upgrade to the use of precision-guided missiles.

"We will not allow that regime to entrench itself militarily in Syria, as it seeks to do, for the express purpose of eradicating our state," Israeli Prime Minister Benjamin Netanyahu said during a visit to Washington in December.

Why is what happened Saturday different from previous Israeli strikes?

Israel has carried out a number of significant attacks in Syria in recent months, but Saturday's incident is different. Israel says the episode began with an Iranian drone crossing into its territory from Syria in the early hours of Saturday. The Israeli military later released footage that it said showed the drone being brought down by an attack helicopter.

Iran has denied this, with Foreign Ministry spokesman Bahran Qasemi calling the claim "ridiculous." If it is true, however, it would appear to mark a significant provocation from Tehran and perhaps even an attempt to bait Israel into a reaction.

Israel soon sent fighter jets into Syria to attack the T4 military base near the Syrian city of Palmyra, from which the drone supposedly was launched. Syrian forces in turn responded with what the Israeli military called "substantial Syrian antiaircraft fire," which appears to have caused the crash of an Israeli fighter jet after its two-member crew ejected.

The crew members were taken to hospital; one is reported to be in a serious condition. "This is the first such incident in the last 30 years," Israeli military journalist Amos Harel wrote Saturday, adding that Syria's willingness to retaliate to Israeli airstrikes showed "the regime's newfound sense of power."

In a statement, Hezbollah said that the downing of the Israeli F-16 marked a "new strategic phase" in the conflict. "Today's developments mean the old equations have categorically ended," the group said in a statement.

After the downing of the fighter jet, the Israeli military struck again, targeting 12 military sites in Syria - eight Syrian and four that it says were Iranian - marking Israel's most significant strikes in Syria in decades. Brig. Gen. Tomer Bar, second-in-command of Israel's air force, told Haaretz newspaper that these strikes were "the biggest and most significant attack the air force has conducted against Syrian air defenses" since the 1982 Lebanon War.

If Israel became more militarily involved in the conflict, what would it mean for the Syrian war - and the wider region?

Open conflict across the Syrian border is unlikely to be in the interest of either Israel or Iran-aligned forces at the moment. But the tit-for-tat fighting shows that neither side is willing to back down. If the conflict escalates, it could end up adding a dangerous angle to the ongoing Syrian conflict - and one that could wind up involving other powers in the region and beyond.

The T4 military base struck by Israel on Saturday houses not only Syrian soldiers but Russian military officers, too. Some Israeli observers have said it is hard to imagine that the Russians there would not have known about the Iranian drone or the subsequent antiaircraft fire. Awkwardly, late last month, Netanyahu visited Moscow to push Russia to rein in its Iranian allies in Syria.

The United States, a key Israeli ally, is already involved in the Syrian conflict, backing Syrian rebels, and at times has found itself at odds with Russia. This past week, U.S. warplanes bombed pro-government forces after they allegedly advanced on U.S.-backed forces in the eastern province of Deir al-Zour. Defense Secretary Jim Mattis has said it is unclear whether Russian contractors were among those involved in that advance.

The U.S.- and Russian-backed forces had a common enemy in the Islamic State, but as the fight against ISIS forces is winding down, new conflicts seem to be rising in Syria. Turkey, for example, recently launched its own offensive against Kurdish fighters in Syria's north, placing it in de facto opposition to the United States, which had allied itself with some Kurdish forces to defeat Islamic State forces.

An open conflict between Israel and Iranian-backed forces would add to the entanglements and chaos in Syria. It would also risk pulling neighboring Lebanon or other Arab states into a new war, too.

http://www.jewishworldreview.com/0218/israel_syria_bombing.php3
E-mail me when people leave their comments –
Follow