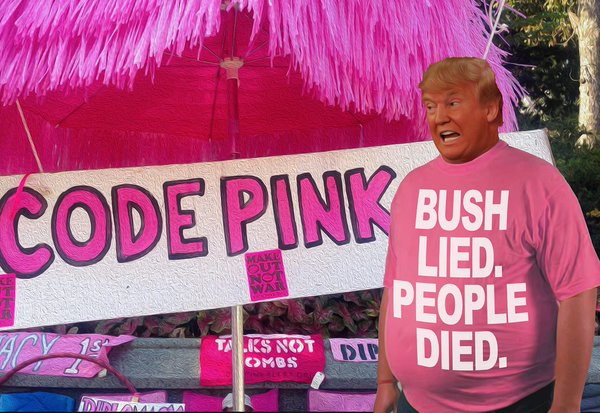 Trump and Code Pink: Perfect Together

Politics makes strange bedfellows, as the saying goes, but maybe it’s not so strange that the anti-war loony left group Code Pink praised Donald Trump’s embrace of their “Bush Lied, People Died” mantra in the South Carolina debate. Trump’s comments that President George W. Bush deliberately sent Americans to their deaths based on a lie and knew 9/11 was coming and did nothing fits Code Pink’s alternate universe. Trump’s character assassination of the last Republican President should disqualify him from being the next one.