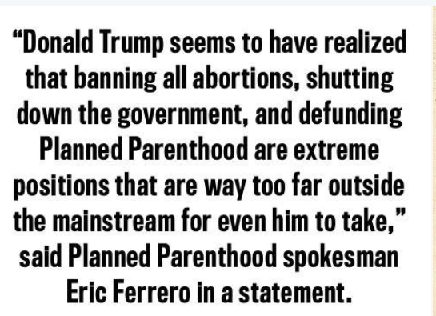 Shortly after he claimed to be a “unifier” during his Super Tuesday press conference, Donald Trump was at it again, lambasting “so-called conservatives” who don’t share his liberal position on Planned Parenthood, continuing to insist he applauds the group because it allegedly “does a lot of good of good things” for women’s health.