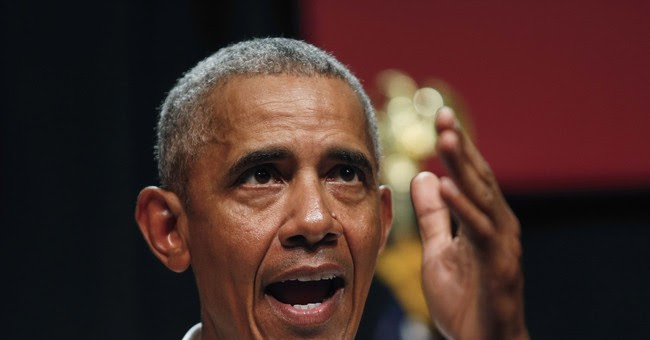 by sundance
{ theconservativetreehouse.com } ~ Senate Judiciary Chairman Chuck Grassley has scheduled the committee vote on Supreme Court nominee Brett Kavanaugh for Thursday September 20th... A full senate vote is anticipated prior to the end of this month. SCOTUS session begins October 1st. In a last ditch effort to come up with some scheme or roadblock, ranking member of the Senate Judiciary Committee, Dianne Fein-stein, has announced she is referring a High School allegation of sexual misconduct to federal authorities for immediate investigation. Fein-stein refuses to release any details about her reference letter, allowing for maximum innuendo and gossip, and presents a disingenuous and transparently political public release to accompany her announcement.  According to the New York Times: The senior Democrat on the Senate Judiciary Committee referred information involving Judge Brett M. Kavanaugh, President Trump’s nominee to the Supreme Court, to federal investigators on Thursday, but the senator declined to make public what the matter involved. Two officials familiar with the matter say the incident involved possible sexual misconduct between Judge Kavanaugh and a woman when they were both in high school... Fein-stein need to be replaced.  https://theconservativetreehouse.com/2018/09/13/grassley-schedules-kavanaugh-vote-for-sept-20th-feinstein-pulls-stunt-sending-high-school-harassment-allegation-to-federal-authorities/
.
Care Center Owners Charged with Human Trafficking 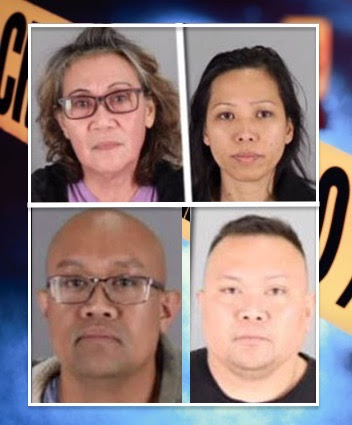 by Denise Simon
{ founderscode.com } ~ A family of four running several senior and child care centers in San Mateo County has been charged with human trafficking and other labor-related charges... California Atty. Gen. Xavier Becerra said Friday. The defendants — Joshua Gamos, 42; Noel Gamos, 40; Gerlen Gamos, 38; and Carlina Gamos, 67 — are accused of holding employees of the Rainbow Bright day-care centers against their will, failing to pay them minimum wage and overtime pay, and abusing them verbally, physically and psychologically. The alleged abuse took place between 2008 and 2017, according to the complaint. The charges are the result of a yearlong investigation by the attorney general’s office’s Tax Recovery and Criminal Enforcement Task Force, which involved the collaboration of multiple agencies including the U.S. Department of Labor and law enforcement departments in Daly City, South San Francisco and Pacifica. While serving the arrest warrants, officials seized 14 illegal assault weapons, three of which were “ghost gun” rifles without serial numbers, according to a statement released by Becerra’s office. The Gamoses are charged with 59 criminal counts, including human trafficking, rape and grand theft. The four family members allegedly targeted Filipinos who were living in the U.S. illegally or otherwise vulnerable by posting ads in a local Filipino newspaper. According to the complaint, employees at multiple Rainbow Bright facilities were promised food and a room to sleep in for their work as live-in caregivers for developmentally delayed adults. They were told they would work eight hours a day for five days a week and receive a monthly salary of between $1,000 and $1,200...  https://founderscode.com/care-center-owners-charged-with-human-trafficking/
.
City ordered to stop weaponizing fines against homeowners 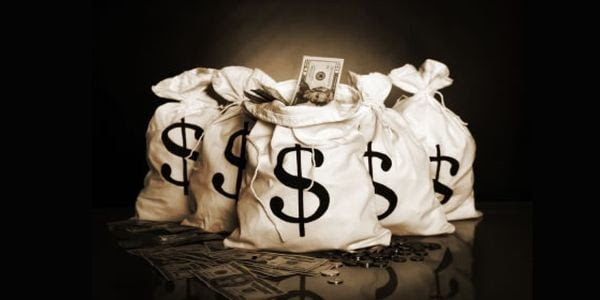 by BOB UNRUH
{ wnd.com } ~ Lawyers at the Institute for Justice say they have won a battle with Charlestown, Indiana, and its plan to force property owners in one entire neighborhood to sell to a developer... “Today’s opinion in another rebuke to the city of Charlestown’s reckless disregard for state law,” said Anthony Sanders, an IJ attorney. His group represents the remaining homeowners in the Pleasant Ridge subdivision. “This includes a cap on the amount of fines, and a mandate that fines can only be issued against recalcitrant property owners,” he continued. “The city has wantonly ignored those protections through issuing immediate fines against property owners in its illegal quest to force them to sell their properties to developer John Neace,” Sanders said...
https://www.wnd.com/2018/09/city-ordered-to-stop-weaponizing-fines-against-homeowners/
.
Same old story: New Woodward
book raises old questions about methods 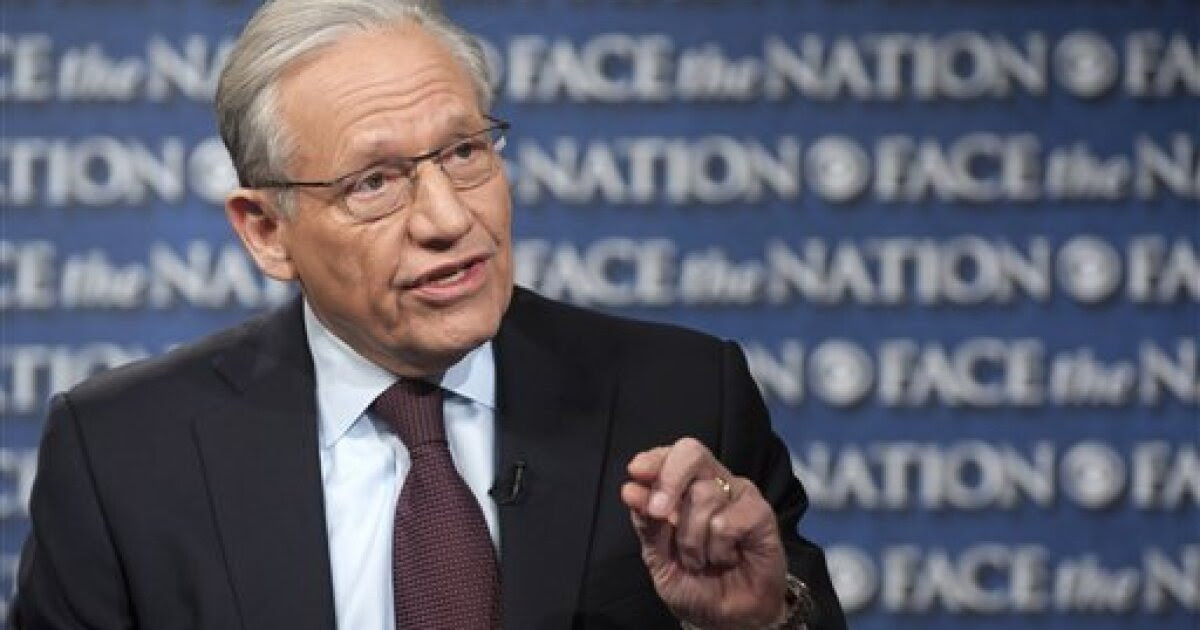 by Byron York
{ washingtonexaminer.com } ~ Bob Woodward's new book Fear: Trump in the White House, is filled with extended accounts of behind-the-scenes conversations between major players in the Trump campaign and administration... There's no need to give examples; almost every page has dialogue that is presented, in quotation marks, with the implicit assurance that the author knows precisely what was said. Of course, Woodward did not hear every word uttered by every character in the book. So any reader would ask: How does he know exactly what they said? Woodward anticipated such questions in a note to readers, explaining that, "When I have attributed exact quotations, thoughts or conclusions to the participants, that information comes from the person, a colleague with direct knowledge, or from meeting notes, personal diaries, files and government or personal documents." Woodward's note raises an obvious question. If Participant A, for example — whether it was Kellyanne Conway, or Steve Bannon, or Gary Cohn, or someone else — told Woodward what he or she said in a particular conversation that occurred months earlier, how could Woodward be confident that they recalled just what was said? So even if Woodward accurately recounted what Participant A said she said, how could he, or anyone else, be certain that that is what was actually said? Shouldn't Woodward have written that this is what Participant A recalled about a conversation, rather than this is the conversation? The answer, of course, is that it is not possible for Woodward to know precisely what was said, quotation marks or not. But even as controversy swirls around Fear, it's important to note that questions about Woodward's quotes are nothing new. Fear is not the first time these questions have arisen in connection with a Woodward book. In fact, many of Woodward's books have raised precisely the same questions, leading to similar, and similarly unsatisfying, answers. Here is a look back at a few of the how-does-he-know questions that have surrounded Woodward efforts in the past...
https://www.washingtonexaminer.com/opinion/columnists/byron-york-same-old-story-new-woodward-book-raises-old-questions-about-methods?utm_source=WEX_News%20Brief_09/12/2018&utm_medium=email&utm_campaign=WEX_News%20Brief
.
liar-Hillary and scumbag/liar-nObama
Fired Benghazi Heroes and Left Them in Germany 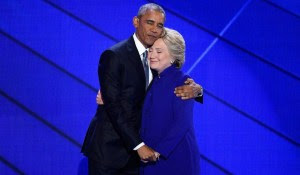 by STEVEN AHLE
{ steadfastandloyal.com } ~ What were they being punished for? Saving the lives of 20 Americans at the Benghazi compound? After fighting back the terrorists and saving many American lives... you would expect them to be awarded medals. But that is not what happened. Also, they were fired the moment they arrived in Germany! The State Department, under liar-Hillary Clinton, yanked security clearances, ensuring them they would never work at their specialty again. Not only that, but they abandoned and forced them to find their own way home. Did the terrorists file a complaint against the heroes with scumbag/liar-nBarack and liar-Hillary? Jason Chaffetz: You know what happened when they actually got home? Those people saved dozens of American lives. When they got home you know what the State Department, liar-Hillary’s State Department did? They took away their security clearance so they couldn’t get a job. It’s unbelievable. That’s how they treated these guys. When they were there in Germany. They didn’t send them home. They didn’t offer them plane tickets. They just told them they were released. They had to pay for their own plane tickets to get home. Barack  scumbag/liar-nObama knew about the Benghazi Consulate terror attacks 90 minutes after they began on 9-11. The attack in Benghazi took place in two waves at the consulate and lasted several hours. Libyan “looters” (terrorists) found the body of Ambassador Chris Stevens hours after the attack began...
https://steadfastandloyal.com/politics/hillary-and-obama-fired-benghazi-heroes-and-left-them-in-germany/?utm_source=newsletter&utm_medium=email&utm_content=subscriber_id:801553&utm_campaign=Obama-Hillary%20Fired%20Benghazi%20Heroes%20When%20they%20Got%20to%20Germany%20%E2%80%93%20Made%20Them%20Find%20Their%20Own%20Way%20Back%20to%20US
VIDEO:  https://www.youtube.com/watch?v=NVIHZu2whVk
.

scumbag/liar-nObama, who reportedly has been running his "Organizing for America" operation, along with his White House aide Valerie Jarrett from his expensive home in a Washington neighborhood, spoke to a group of University of Illinois students last Friday, claiming it was his policies, not those of President Trump, that have produced the current economic boom.

"When you hear how great the economy's doing right now, let's just remember when this recovery started,"scumbag/liar-nObama said.

But during the scumbag/liar-nObama administration, the Gross Domestic Product never exceeded 3 percent annually. scumbag/liar-nObama said the days of strong economic growth were behind us, that many manufacturing jobs were lost and not returning and that candidate Trump didn't have a "magic wand" to fix the economy. But in the second quarter of this year, economic growth exceeded 4 percent and manufacturing jobs are making a comeback.

By the time scumbag/liar-nObama left office, the unemployment rate had declined from a high approaching 8 percent at the start of his administration to just under 5 percent, but was beginning to tick back upward, according to the Bureau of Labor Statistics.

scumbag/liar-nObama should receive some credit for the way his administration helped the country after the 2007 recession, but not all the credit he now claims for himself.

Hourly earnings, which were largely stagnant during thescumbag/liar-nObama years, have increased an average 2.9 percent over the last year.

scumbag/liar-nObama's speech was part of a carefully coordinated strategy to win back a House majority for dummycrats-Democrats. This has included demonstrators at the hearings for Supreme Court nominee Brett Kavanaugh; the Bob Woodward book "Fear" and the daily and sometimes hourly torrent of anti-Trump invective from the major media, which see impeachment as their only hope of returning the establishment to power.

The president did something last week I have long urged him to do. Statistics are dry. Show people who have jobs they couldn't find during the scumbag/liar-nObama years.

In a speech in North Dakota, the president brought a man onstage who thanked him for his economic policies that allowed the man to go back to work.

Here's how The Daily Caller reported the story: "The man told a story about the coal industry under scumbag/liar-nObama and how 'the coal industry absolutely had the boot of government on its throat.'

"'Many, many jobs were lost,' the coal miner said, 'and many towns were destroyed by this. It was just a horrible thing. Horrible suffering happened in this country. Really for made-up reasons, I think. And what your administration does -- has done -- is bringing us back to life.'"

This is the way to counter the resistance. Keep showcasing people who were unemployed during the scumbag/liar-nObama years, but now have jobs. The president should then say if dummycrats-Democrats win a congressional majority they will stifle his successes and try to return to the failed policies of the past.

That objective is what scumbag/liar-nObama meant in his speech. It is the opposite strategy, one that is working, that President Trump stressed in his. A show and tell approach can work against the tidal wave of opposition coming from the left.

Flesh and blood are more powerful than ink and paper and TV news.

https://townhall.com/columnists/calthomas/2018/09/11/obama-goes-on-attack-but-arguments-fall-flat-against-trump-successes-n2517613?utm_source=thdaily&utm_medium=email&utm_campaign=nl&newsletterad=&bcid=7220442bc3498cb5e2d68f3cb4d11680
E-mail me when people leave their comments –
Follow