.
Fox News’ Kimberly Guilfoyle on Moving From Law to Media,
‘The Five,’ and a Front-Row Seat 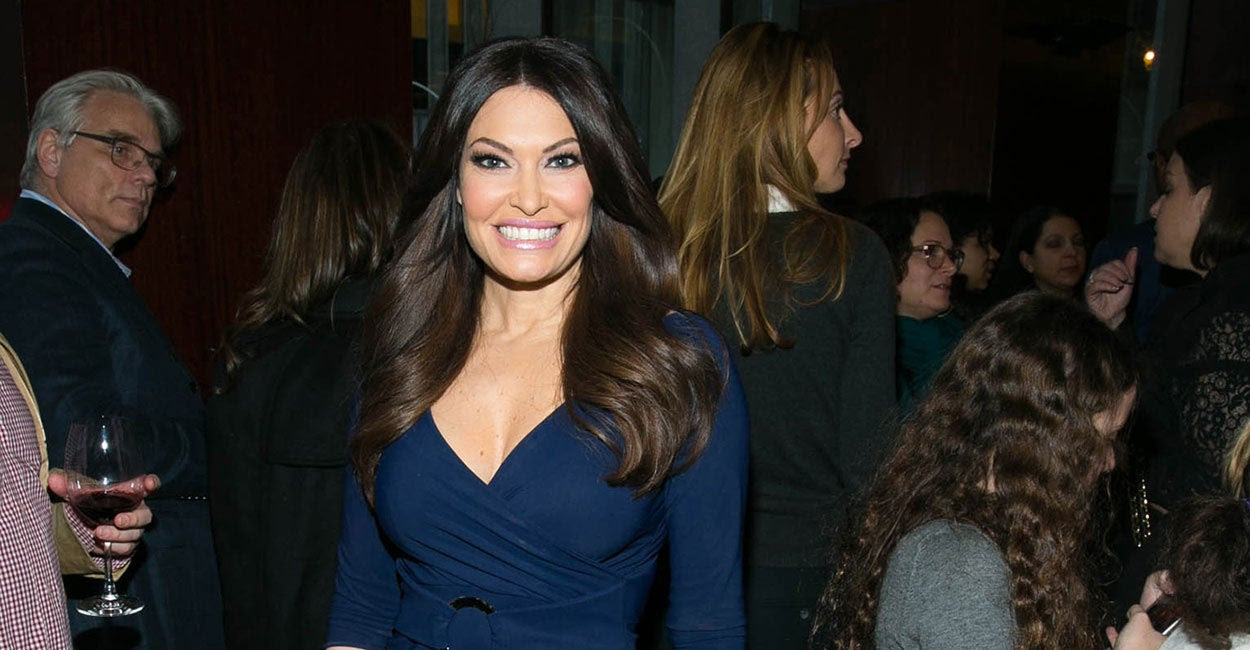 by Ginny Montalbano
{ dailysignal.com } ~ Yes, so it’s been quite an interesting journey. I attended law school in San Francisco and worked at internships in the San Francisco District Attorney’s Office... and really decided that that’s what I wanted to do with my life. Be a prosecutor, fight for victims, for women and children that had been abused and neglected. Domestic violence cases, prosecutions against gang members and those coming illegally into the country and committing crimes. Homicide, career criminals, etc. So a quite distinct and diverse career. And then in 2002 I tried a very high-profile case, a dog-mauling case that happened in San Francisco where a wonderful woman, Diane Whipple, was viciously mauled to death by a Presa Canario dog. That case received national and international attention and currently it set the standard for second-degree, implied-malice murder in the United States. I charged the two attorneys who owned the dog with murder for the homicide of Diane Whipple, because the dogs were similar to having a deadly weapon and likely to cause great bodily injury or death since they were trained to kill and attack...
https://www.dailysignal.com/2018/06/21/exclusive-interview-fox-news-kimberly-guilfoyle-on-moving-from-law-to-media-the-five-and-a-front-row-seat/?mkt_tok=eyJpIjoiTURJeFlUQmhPV0UzTUdZNCIsInQiOiJmY3piem40UE1CY25DZ0NKTWZRVWMxTFVxaHJBMURpajlJR2s3b1VRWGtJK0ZabmZKUlVvbFhaMFl1ZjdaZXpYbDgwWm80Z2pYWmpXaDlIaWpxSGVXUmMzOThvanQrck1zYkwrTThpdG9qTklkeXBydXZkc0tYaWVnSzduQjZmNSJ9
VIDEO:  https://www.youtube.com/watch?v=I5sdxDT40Go
.
Rosenstein contempt, impeachment in play
as Congress-Justice Department showdown escalates 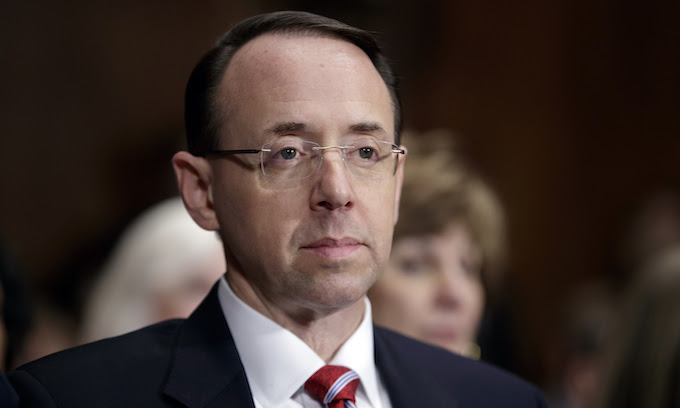 by gopusa.com
{ gopusa.com } ~ The showdown between Congress and the Justice Department over Russia escalated Tuesday after... the House Judiciary Committee voted in favor of a resolution demanding that Deputy Attorney General Rod Rosenstein hand over sensitive documents related to the investigation into suspected meddling in the 2016 U.S. elections. Committee members approved the resolution on a 15-11 party-line vote. It is now up to Republican leaders to decide whether they will bring the measure for a vote before the full House. If the resolution passes, Mr. Rosenstein will have seven days to respond to the document request, but there is no penalty if he does not comply. Rep. Jim Jordan, Ohio Republican, promoted the measure as a first step toward punishing Mr. Rosenstein if he does not turn over documents requested by the committee. “We want the full weight of the United States House of Representatives behind this resolution saying ‘we are entitled...
http://www.gopusa.com/?p=48965?omhide=true
.
Supreme Court sides with Florida over Georgia in water fight by John Siciliano
{ washingtonexaminer.com } ~ The Supreme Court ruled Wednesday that Florida has sufficient claims in a decades-old fight with Georgia... over the water it gets from the Apalachicola-Chattahoochee-Flint River Basin. But the fight will continue until a special master appointed by the court can verify Florida’s claims that it needs more water from the basin, which the court found plausible in Wednesday’s ruling. The 5-4 decision ruled that the court’s “Special Master” used “too strict a standard” in concluding that Florida had failed to meet its initial burden of demonstrating that the high court could “eventually fashion an effective equitable decree” in favor of its water rights. “Further findings … are needed on all of these evidentiary issues,” Justice Stephen Breyer wrote for the majority. “Florida will be entitled to a decree only if it is shown that ‘the benefits of the apportionment substantially outweigh the harm that might result.’”...Why can't they all just share and stop the fighting.
https://www.washingtonexaminer.com/policy/energy/supreme-court-sides-with-florida-over-georgia-in-water-fight?utm_source=WEX_Breaking%20News%20Alert_06/27/2018&utm_medium=email&utm_campaign=WEX_Breaking%20News
.
House considers ‘largest amnesty bill in history,’
adds 2.2 million, bigger than Houston

{ washingtonexaminer.com } ~ The immigration compromise the House plans to vote on Wednesday would provide the biggest amnesty ever... turning 2.2 million undocumented and illegal immigrants into citizens, according to a new analysis of the package from House Speaker Paul Ryan. “If the bill were enacted it would be the largest amnesty in more than 30 years, despite President Trump's campaign promise of ‘no amnesty’ and after multiple GOP congressional leaders expressed opposition to amnesty for any illegal aliens,” according to Jessica M. Vaughan, director of policy studies for the Center for Immigration Studies. Vaughan, who testifies before Congress often on immigration issues, did the math on how expansive the bill would be granting amnesty to a group larger than the population of Houston, Texas. She wrote: It would potentially provide amnesty and a path to citizenship for well over two million direct beneficiaries over 15 years. They would include not only the 700,000 current recipients of President liar-nObama's controversial Deferred Action for Childhood Arrivals (DACA) program, but also an additional 1.2 million illegal aliens who allegedly qualify for DACA but did not apply, plus as many as 300,000 adults who originally arrived with their parents on temporary guest worker visas...I believe it didn't pass the House.   https://www.washingtonexaminer.com/washington-secrets/house-considers-largest-amnesty-bill-in-history-adds-2-2-million-bigger-than-houston
.
Here Are The Early Favorites For Kennedy’s Replacement

by Kevin Daley
{ dailycaller.com } ~ Justice Anthony Kennedy announced his retirement from the U.S. Supreme Court Wednesday... precipitating a cataclysmic election year confirmation battle. Though the White House has publicly identified as many as 25 possible candidates to succeed Kennedy, the early favorites for the pick are drawn from a small crop of young appeals court judges popular in Washington’s conservative legal circles. Speaking in the Oval Office shortly after Kennedy’s announcement, Trump confirmed he would draw his selection from a list of possible Supreme Court nominees assembled during the campaign. Five individuals were added to that list in November 2017. These early favorites include Judges Brett Kavanaugh of the U.S. Court of Appeals for the D.C. Circuit, Raymond Kethledge of the 6th U.S. Circuit Court of Appeals, and Diane Sykes of the 7th U.S. Circuit Court of Appeals...   http://dailycaller.com/2018/06/27/early-favorites-kennedy-replacement-supreme-court/?utm_medium=email
. 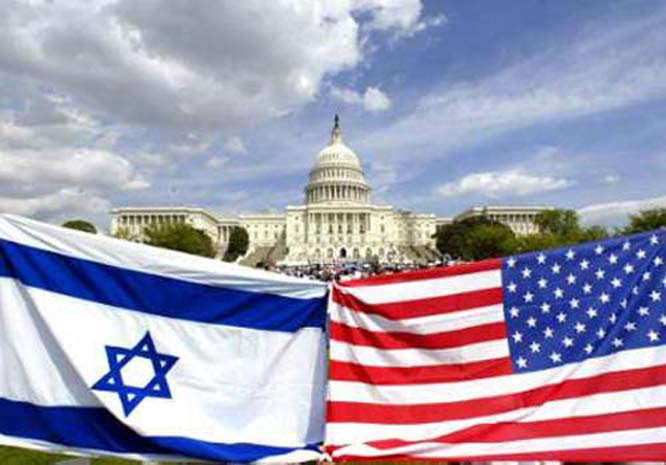 by Zev Chafets
{ jewishworldreview.com } ~ During Jared Kushner's recent round of Middle East diplomacy, he refrained from spelling out the details of the Trump plan for an Israeli-Palestinian deal. But you don't need details to see where things are heading. Kushner laid that out in a remarkably blunt interview in Al Quds, the leading Palestinian newspaper.

"The world has moved forward while you have been left behind," he told Palestinian readers. "Don't allow your grandfather's conflict to determine your children's future."

In other words: The war against the Jewish state is over. You lost. Now get over it. Kushner dismissed the traditional Palestinian core issues the return of refugees, a fully sovereign state including East Jerusalem and the end of Jewish settlement in the West Bank as "talking points," in an endless quarrel.

He also portrayed the Palestine Authority under Mahmoud Abbas as naysaying time-servers: "We will release our peace plan and the Palestinian people will actually like it because it will lead to new opportunities for them to have a much better life."

This assumes that a new generation of Palestinians will put material self-interest before anti-Zionist dogma and accept a peace with Israel that offers Muslim control of the holy places in Jerusalem, limited communal autonomy in the West Bank, and prosperity through massive public and private-sector investment. Kushner calls it an opportunity for Palestinians left behind decades ago "to leapfrog into the next industrial age" by inclusion in the ecosystem of the "Silicon Valley of the Middle East, Israel."

Kushner seems to think that young, upwardly mobile Palestinians will take a chance and leap. But it won't be easy. For them, it would not be like challenging a distant dictatorship, a la the Egyptian Arab Spring. It would be more personal -- a rejection of elders, relatives in the diaspora, and a widely believed national narrative.

Still, there are some reasons for optimism. One is the failure of the West Bank to explode, as predicted, over the opening of the U.S. Embassy or the Gaza March of Return. Another is the eagerness of Palestinians to work peaceably in Israel.

During the Kushner visit, the Israeli government announced that it is issuing 7,500 work permits to residents of the West Bank, where unemployment hovers around 20 percent. This decision is made possible by the Israel's belief that they will not pose a security threat. This assessment stems from the fact that 100,000 West Bankers already work in Israel, largely without incident.

But the kind of prosperity Kushner is talking about does not rest primarily on blue-collar jobs in Tel Aviv. It depends on the Trump administration's ability to provide major economic benefits, and fast. This generates a degree of skepticism.

After the 1993 Oslo accords, there was grandiose talk about international investments in the Palestinian economy. The second intifada, which began in 2000, put a damper on this. So has the endemic corruption of the Palestinian ruling class and its bureaucracy. And Israeli entrepreneurs were mostly unwelcome; West Bankers didn't want to be accused of collaboration. This could change, but Trump's "peace through prosperity" approach has to produce results.

Still, the Trump plan has a lot going for it, starting with the Trump attitude. Previous U.S. administrations wanted to be seen as honest brokers. To demonstrate this, they gave the Palestinian leadership something approaching a veto over developments in the "peace process."

Trump has made it abundantly clear that he is not neutral. He sees things Israel's way. If current Palestinian leaders reject his plan and no one comes forward to take it up, well, that's their problem. If there is no Palestinian partner, Trump will let Israel go ahead and impose the deal it wants in the West Bank.

This is serious leverage. The Palestinians can't count on Arab governments to counter it: Already the support of Saudi Arabia, Egypt, Jordan and the Gulf States has been reduced to lip service. These governments depend on the U.S. for protection against ISIS and Iran and they understand that Trump is a transactional president. He doesn't believe State Department wisdom about the need to court Arab goodwill. As far as he is concerned, it is the Arab allies who need to court him. That means helping him get the deal of the century in the Middle East.

Nor is Trump likely to accept the excuse that they can't help him because of the hatred in the street for Israel. If they can't deliver, what good are they?

This approach is radically different than anything the U.S. has proposed in the past. It is premised on the idea that most Palestinians want a better life more even than they want revenge or another generation of dysfunction and conflict. Perhaps Trump is naive to think so. Maybe his plan is a coarse appeal to personal gratification. Or maybe he is right.

In any case, it is what's coming next.

http://jewishworldreview.com/0618/chafets062718.php3
E-mail me when people leave their comments –
Follow