by rickwells.us
{ rickwells.us } ~ Officials at the Department of Homeland Security have tightened an obscure regulation in the H-1B program... likely curbing companies’ ability to outsource additional white-collar jobs to cheap visa-workers living in the United States. “This is a sinister design by the Trump administration to grind H-1Bs and legal immigration to a halt, create more uncertainty among vulnerable ” said a Tweet from immigration lawyer Cyrus Mehta. “This is a major blow for international students currently in the ‘cap-gap’ with no H-1B approval by October 1st,” according to Texas immigration lawyer Emily Neuman. “This is also a major obstacle to H-1B transfers … so workers will be hesitant to change jobs.” Neuman wrote. “More bad faith decisions … designed to cripple our high skilled immigration system,” complained Greg Siskind, an immigration lawyer who specializes in importing foreign doctors, despite the exclusion of many American students from vital residency training programs. “This is a big deal,” said William Stock, a Philadelphia immigration lawyer and a former president of the American Immigration Lawyers Association...
https://rickwells.us/dhs-tightens-h-1b-program/
.
DeSantis Says His Use of the
Phrase 'Monkey This Up' 'Has Zero to Do With Race'

by Susan Jones
{ cnsnews.com } ~ Immediately after winning Florida's Republican gubernatorial primary, Rep. Ron DeSantis-- the candidate endorsed by Donald Trump... was branded a racist for using the phrase "monkey this up" in connection with his African-American opponent. The controversy was still thriving on Thursday morning, stoked by cable news shows, where indignation flared anew. DeSantis, appearing on Sean Hannity's show Wednesday night, said his "monkey  this up" comment "has zero to do with race. It has everything to do with whether we want Florida to continue to go in a good direction, building off the success, or do we want to turn to left wing socialist policies which will absolutely devastate our state?" He was speaking about his dummycrats-Democrat opponent, Andrew Gillum, whose platform includes the abolition of ICE, Medicare for all, legislating higher wages, legalizing marijuana, eliminating jail time for low-level drug offenders, and having businesses pay for the education of the workforce they want to hire...
https://www.cnsnews.com/news/article/susan-jones/desantis-says-his-use-phrase-monkey-has-zero-do-race?mkt_tok=eyJpIjoiTmpWbVlUUTBNalJtTVdGaCIsInQiOiIyd3o2c1VXeVNLWjlYZlMrYVl0b29DdWpsZWhKeUFwQkExRjNQNEJWTXBjRFBDM0pzQTNhRW5EaDNmaHl6K3pob1M1eGFVZlZwSzJITkRkMXE1R015c0p2UWM5VXVObDZSOW4rU0JGXC9xRFwvRU5td3VBMGtXR01mRFFPbTc0RWVBIn0%3D
VIDEO:  https://www.mrctv.org/videos/desantis-says-his-use-phrase-monkey-has-zero-do-race
.
Kurds Who Fought ISIS Now Hunted by Iran’s Regime 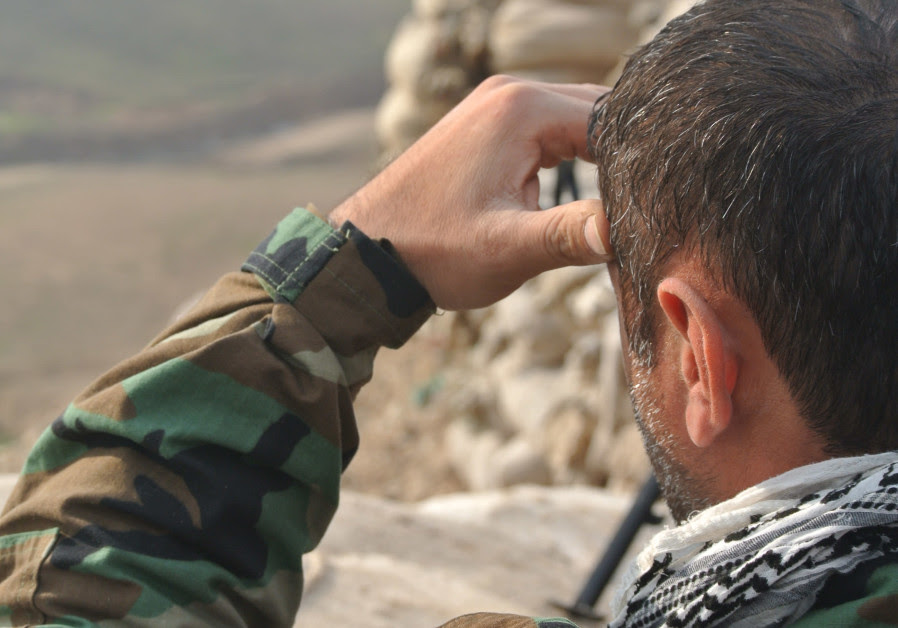 by SETH FRANTZMAN
{ jpost.com } ~ “Malek was a great guy, he was always laughing. When I heard he had been killed I teared up. It gutted me,” recalls one of the men who served alongside Said Kazim Kalhur, known as “Malek” to his friends... and comrades in the Kurdistan Freedom Party (PAK). The small group of dedicated fighters in the PAK played a key role in fighting ISIS at several frontlines held by Kurdish forces between 2014 and 2017. Now some of those veterans have been kidnapped and killed by Iran’s regime, members say. Kurds who joined PAK are from Iran but fled the Islamic Republic’s repression and found refuge in the autonomous Kurdistan Regional Government areas of northern Iraq. According to PAK, four of their members have been targeted by Tehran in the last month. Malek was poisoned. Arman Ghafouri, an environmentalist, was also tortured and killed. Two others had returned to Kurdish areas in Iran and were kidnapped by the regime, accused of supporting revolts and protests that have rocked Kurdish towns over the last months. Malek’s story struck a cord with those who served with him at Bashiqa and later during the Mosul offensive in October 2016. They asked that their names not be used to protect their identity.  “Malek hated ISIS. He hated what they stood for and represented. I remember one day during a firefight at Bashiqa, he stood there cursing them.” Malek’s job was as a heavy machine gunner in the unit, and he drove the truck that the machine gun was mounted on. “He was a brave guy; a pure warrior.” ...   https://www.jpost.com/Middle-East/Iran-News/Kurds-who-fought-ISIS-now-hunted-by-Irans-regime-565973?utm_source=middle+east+forum&utm_campaign=ea17846a82-frantzman_campaign_2018_08_30_01_55&utm_term=0_086cfd423c-ea17846a82-33703665&goal=0_086cfd423c-ea17846a82-33703665
.
Hamas leader: We’ll fire hundreds
of rockets at central Israel if talks fail 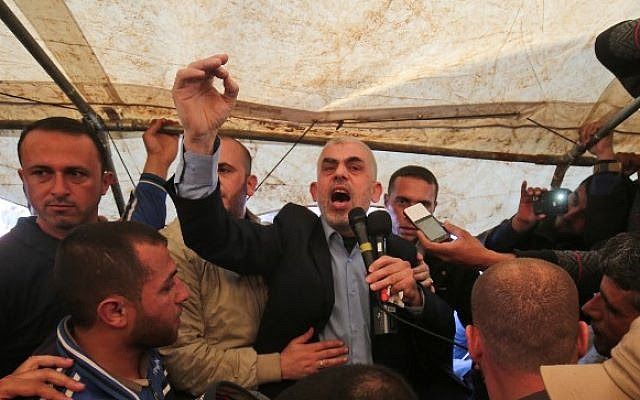 by timesofisrael.com
{ timesofisrael.com } ~ Hamas leader Yahya Sinwar on Wednesday said there was no concrete ceasefire agreement yet with Israel... but warned that if hostilities resume the terror group could launch hundreds  of  rockets deep into the Jewish state. “Until now, there is no final text for a ceasefire. What is being circulated is proposals and ideas,” Sinwar told Palestinian writers and analysts in Gaza, according to the Hamas-linked Shehab news agency. “We decided to end the siege on our people, who have the right to live a dignified life.” Sinwar warned that if talks broke down Hamas would fire hundreds of rockets in Israel. “What the resistance launched in 51 days in the last war, it can launch in five minutes during any future Israel aggression,” he said, referring to the 2014 conflict...
https://www.timesofisrael.com/hamas-leader-threatens-to-fire-hundreds-of-rockets-at-tel-aviv-if-talks-fail/?utm_source=The+Times+of+Israel+Daily+Edition&utm_campaign=4e1afcdb54-EMAIL_CAMPAIGN_2018_08_30_01_40&utm_medium=email&utm_term=0_adb46cec92-4e1afcdb54-54638825
.
How should Israel respond if it
can't stop Iran producing nuclear weapons? 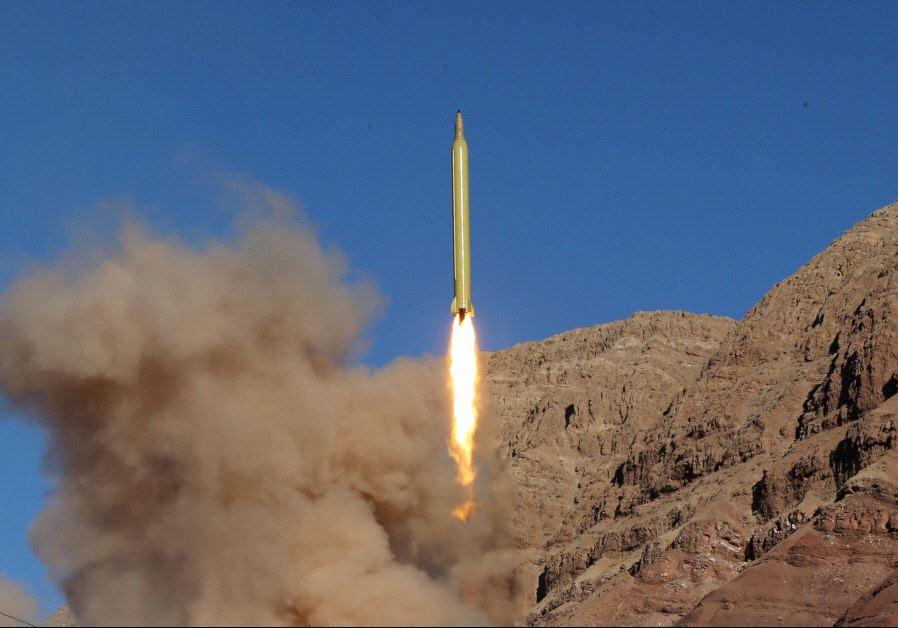 by YONAH JEREMY BOB
{ jpost.com } ~ Though he strongly hopes that a variety of economic, diplomatic and as a last resort, military measures, can stop Iran from going fully nuclear... former deputy national security council chief Chuck Freilich also believes in planning for the worst. Speaking to The Jerusalem Post on Wednesday, Freilich updated some long-term ideas he had laid out in his recent book, Israeli National Security: A New Strategy for an Era of Change, regarding Israeli  nuclear policy, in the worst-case scenario where Iran does some day obtain nuclear weapons. Freilich does not confirm nor deny the existence of an Israeli nuclear  weapons program and his comments are based on foreign sources reporting that it has between 80 to a couple hundred nuclear weapons and maintains a “nuclear ambiguity” policy. Mostly, Freilich supports that policy – in which Israel does not formally declare its nuclear power, but leaks have provided its adversaries with enough information to deter them from certain levels of warfare. “If it’s just Iran, I would stay with the current policy. There would be no need for any change of significance regarding ambiguity. Israel’s own deterrent capability should be more than enough. If we are talking about a multi-nuclear Middle East, then I don’t think there is any good solution,” he said...
https://www.jpost.com/International/How-should-Israel-respond-if-it-cant-stop-Iran-producing-nuclear-weapons-566136?utm_source=newsletter&utm_campaign=20-2-2018&utm_content=how-should-israel-respond-if-it-cant-stop-iran-producing-nuclear-weapons-566136
. 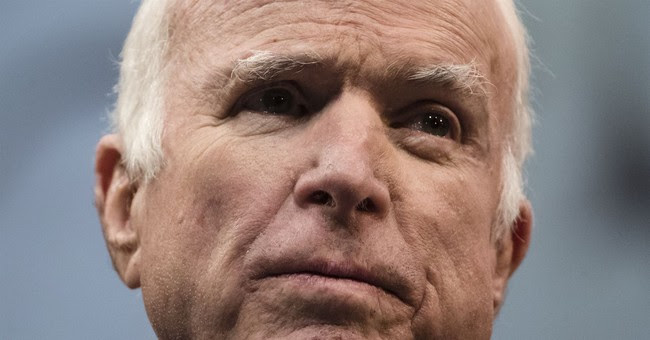 { townhall.com } ~ About four years ago, I was browsing through one of Manhattan's last remaining independent bookstores, when my cellphone rang. I didn't recognize the incoming telephone number, with its 202 area code, but I assumed it was a Fox News colleague from our Washington bureau.

When I answered the phone, a somewhat familiar but somber voice said: "Judge Napolitano, your reward for what you did today will not come from your colleagues or viewers or even on earth but in heaven."

What had I done to deserve this?

Earlier that day, Dianne Fein-stein, a dummycrats-Democrat from California who was then the chair of the Senate Intelligence Committee, had defied her own committee members, congressional leadership from both houses of Congress and from both political parties, officials of the CIA, and even the scumbag/liar-nObama White House when she released on the floor of the Senate a 6,000-plus-page report detailing the use of torture by CIA officials in the George W. Bush administration -- all of it unlawful.

She actually made the report public while physically standing on the floor of the Senate, where her speech is absolutely protected from government retaliation by the Speech and Debate Clause of the Constitution.

That clause recognizes and protects for members of Congress their complete freedom of speech while on the floor of the House or Senate, while doing congressional work and while traveling to Capitol Hill. Thus, even though she revealed top-secret materials in the report -- which, if you or I had revealed them or if she had revealed them in Los Angeles rather than in Washington, would have constituted the crime of espionage -- she was immune from all prosecution.

In response to the Fein-stein revelations, my Fox News colleague and friend Shepard Smith and I spent about 30 minutes on-air that afternoon on his Fox News Channel show discussing the criminal behavior Fein-stein had revealed, the constitutional protections she, as a member of the Senate, enjoyed, and the political firestorm she had courageously ignited.

As a believer in the rule of law and the bodily integrity of all people, I was full of praise for what Fein-stein had just done. When the government breaks the laws it has sworn to uphold, Shep Smith and I argued, the people have a right to know about it.

But many of Sen. Fein-stein's colleagues did not see it that way. Many of those who never endured torture and those believing that the end justifies the means accepted the myth that torture works -- that the victim tells the truth; and in their view, obtaining the truth is worth the cost in lawbreaking and body-breaking.

Only one Republican senator publicly supported what Fein-stein had just done. He was my caller that afternoon in the bookstore, rino-John McCain.

I thought of his call and our many ensuing conversations when I learned of his death this past weekend, a few days shy of his 82nd birthday.

rino-McCain and I had hundreds of conversations. He knew that I knew that he was a bellicose warmonger and an uncritical supporter of unlimited military spending; and he was often indifferent to the consequences of those views.

But he was also the victim of prolonged and horrific torture during the Vietnam War, which he could have avoided. He told me many times that torture so distorts the mind that the victim's consequent speech is utterly unworthy of belief.

He had become the leading congressional critic of torture, the prime congressional mover of making it all unlawful -- the Bush Department of Justice notwithstanding, it already was unlawful at the time Bush ordered it -- and one of the few Americans anywhere who could speak on this detestable subject from the personal experiences of a victim.

Platitudes aside, the essence of the telephone conversation we had that day was that Bush had committed war crimes; that torture is absolutely prohibited by the Constitution, several treaties to which the United States is a party and numerous federal statutes; and that Sen. Feinstein had performed a positive public good by revealing it.

It was Sen. rino-McCain's view that even if he was powerless to prevent government lawbreaking, it is better for the American people to know painful truths than to remain in the dark.

Shortly after our phone conversation, rino-McCain went to the floor of the Senate and delivered one of his classic tirades against torture. In it, he attacked President Bush, who ordered and authorized it, and President Barack scumbag/liar-nObama, who covered it up.

This week, those two former presidents, firmly in rino-McCain's crosshairs four years ago, are each delivering a eulogy at rino-McCain's funeral -- willingly, dutifully and at his request.

The rino-John McCain I knew discussed only torture, the right to life, and immigration with me -- perhaps because he knew we disagreed on nearly all other matters. But this tough old Arizona bird, this lifelong warrior, this unorthodox maverick who really was neither a Republican nor a dummtcrats-Democrat, knew how to keep friends and monitor enemies.

He was a multidimensional man in a secular era, and he was not happy about America at the end of his days.

Yet in this age of few heroes, and on topics that intimately touch the human heart and soul, he was the genuine article.

https://townhall.com/columnists/judgeandrewnapolitano/2018/08/30/john-mccain-and-me-n2514014?utm_source=thdaily&utm_medium=email&utm_campaign=nl&newsletterad=&profileid=
E-mail me when people leave their comments –
Follow