by TED GALEN CARPENTER
{ spectator.org } ~ Critics of President Trump’s foreign policy, both dummycrats-Democrats and establishment Republicans... find much to loathe about his views and actions. Some of the criticisms are substantive and reasonable, if debatable. Others, though, are little more than unhinged, ad hominem attacks. The latter poison the public discourse and make intelligent, meaningful debate on America’s role in the world nearly impossible. The criticisms are especially intense regarding Trump’s policies toward NATO and Russia, and they have reached a crescendo this month following the NATO summit and the subsequent bilateral summit with Russian President Vladimir Putin. NATO partisans were furious at the president’s comments about the Alliance and his treatment of the European allies. Objections about the president’s diplomatic style were certainly warranted. He proved to be even more abrasive than normal, accusing German Chancellor Angela Merkel of making Germany a “captive”to Russia by increasing her country’s reliance on Russian natural gas. He also bluntly reiterated his complaints about continued anemic defense expenditures of NATO’s European members and their lack of security burden sharing. However, his overall message was neither new nor  unwarranted. U.S. officials have complained for decades about European free-riding on Washington’s military exertions, their over reliance on the United States to solve security problems in their region, and the persistent underinvestment in their own defense. It was entirely appropriate for Trump to raise that issue — and to stress that America’s patience is wearing thin. It was also legitimate to express doubts about NATO’s continuing relevance. The Alliance was created during a different era, and both Europe and the overall international system have changed dramatically in the past seven decades...
https://spectator.org/reasonable-vs-unhinged-criticisms-of-trumps-foreign-policy/?utm_source=American+Spectator+Emails&utm_campaign=484ad4dbfc-EMAIL_CAMPAIGN_2018_07_25_06_31&utm_medium=email&utm_term=0_797a38d487-484ad4dbfc-104608113
.
If Not Russia, Who Is liar-Hillary's 'Foreign Entity'? 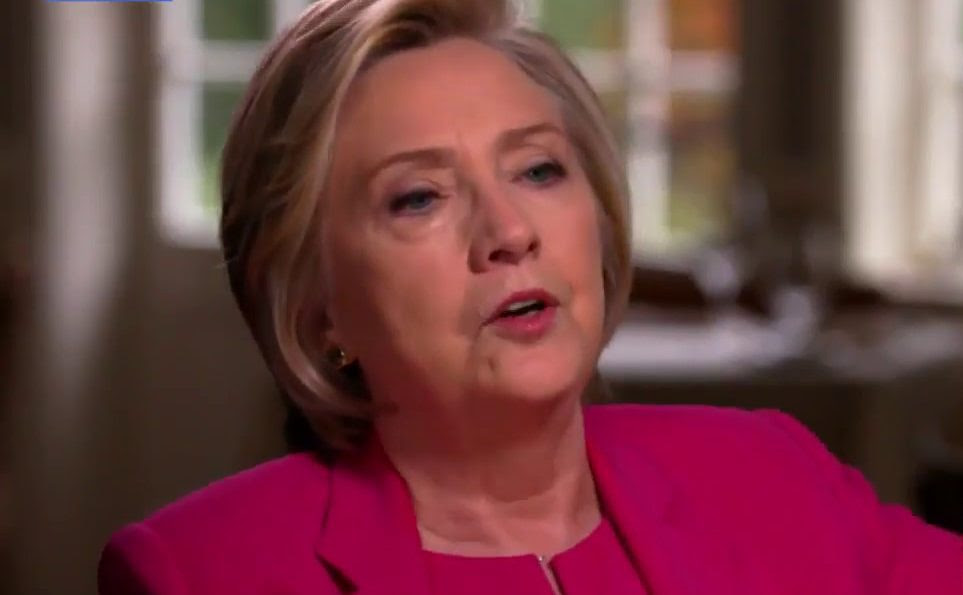 by Joe Herring
{ americanthinker.com } ~ I've long said liar-Hillary Clinton is insufficiently stupid to have believed she could operate an unsecured home server without compromising the security... of any data transmitted through it or stored on it. For just as long, it has been my contention that the server was the faucet through which she pumped information she was selling yes, selling to foreign entities, both public and private. I.T. security protocols would've easily flagged attempts at intrusion if targeted toward the State Department's secure servers, through which then-secretary of state liar-Clinton ought to have conducted business. Likewise, the transfer or copying of said information from a secure server is a detectable act with access being tightly controlled and records kept of who looked at what and when. "Convenience," the excuse proffered by liar-Clinton for not following even the most basic of security procedures, is, in a way, a rare instance of liar-Clinton telling the truth, just not in the way she would have us believe. She claims that it was more convenient to utilize a home server, using linked devices to conduct business. More truthfully, it was more convenient to offload state secrets absent the prying eyes of government I.T. security staff...  https://www.americanthinker.com/articles/2018/07/if_not_russia_who_is_hillarys_foreign_entity.html
.
Kenyan Senate Minority Leader: liar-nObama Was Born in Kenya

by DEAN GARRISON
{ freedomoutpost.com } ~ In 2010 a man named James Orengo dropped a bombshell on the floor of the Kenyan Parliament... If America was living in a situation where they feared ethnicity and did not see itself as a multiparty state or nation, how could a young man born here in Kenya, who is not even a native American, become the President of America?”  Orengo carried the title of “Minister of Lands” at the time. Since that time those parliamentary minutes have been scrubbed on more than one occasion. According to The Post and Email: The March 25, 2010 “Hansard,” or Minutes of the Kenyan Parliament, has again disappeared from its website.  The document contained a clear and unequivocal statement that Barack Hussein liar-nObama was born in Kenya and is consequently not a “native American.”...He beat the system and most of Americans fall for it twice.
https://freedomoutpost.com/kenyan-senate-minority-leader-obama-was-born-in-kenya/
.
Evangelical pastor being released from Turkish prison

by Jody Brown
{ onenewsnow.com } ~ An American pastor who's been imprisoned in Turkey for alleged "espionage" is being released and allowed to return to his home there... while still under house arrest. Pastor Andrew Brunson, who is from North Carolina, had been incarcerated for 21 months in Turkey because of his Christian faith. As recently as last week, it appeared he would be held in prison until his next court date in October. He had been on trial for the crime of "Christianization." But the American Center for Law and Justice – which has been working on both sides of the Atlantic to secure his release – announced today that Turkish authorities have ordered that the evangelical pastor be released from prison and be allowed to return to his home in Turkey. "This is a critical first step that we believe will result in the freedom of Pastor Brunson so he can return to the United States and be reunited with his family," says ACLJ chief counsel Jay Sekulow in a press release...
https://www.onenewsnow.com/persecution/2018/07/25/aclj-evangelical-pastor-being-released-from-turkish-prison?utm_source=OneNewsNow&utm_medium=email&utm_term=16791039&utm_content=565493864984&utm_campaign=35062
.
Don’t Be Fooled by North Korea’s Dismantling of Rocket Test Site 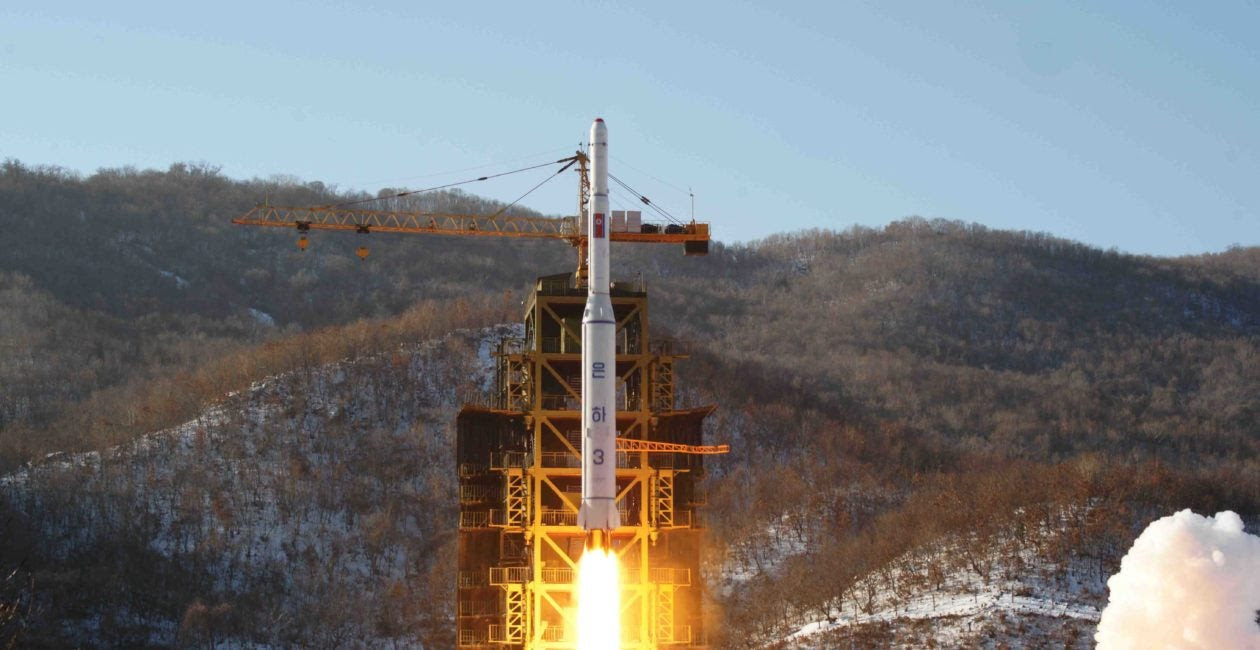 by Bruce Klingner
{ dailysignal.com } ~ Satellite imagery indicates North Korea has begun to dismantle its Sohae rocket engine test facility and space vehicle launch stand... The dismantlement is a welcome, though limited, development, because Pyongyang indicated the site was no longer necessary after having successfully completed its missile and nuclear programs. In April, North Korean leader Kim Jong Un declared that “we no longer need any nuclear tests, midrange and intercontinental ballistic rocket tests, and the nuclear test site in the northern area has also completed its mission.” In recent years, Pyongyang shifted its focus away from missiles requiring a fixed launch site, such as that at Sohae, and developed missiles launched from mobile vehicles. Mobile missiles, including two intercontinental ballistic missile variants that can reach the entire continental United States, are more difficult to track and target during hostilities. The apparent dismantlement, like the earlier destruction of the tunnel entrances to the nuclear test site, is being done without foreign on-site inspectors. More importantly, neither activity reduces the North Korean arsenal, nor diminishes missile or nuclear weapon production capabilities...
https://www.dailysignal.com/2018/07/25/dont-be-fooled-by-north-koreas-dismantling-of-rocket-test-site/?utm_source=TDS_Email&utm_medium=email&utm_campaign=CapitolBell&mkt_tok=eyJpIjoiT0daak9EWm1aVEExTXpneiIsInQiOiJDSU1EWW9XMllKeXU0YXhtaDFSRE9oQlkyd1BCNUNFUGxSa1Zya0dwVU8zd2tIM1phbkpDcWdNZ1JUMUhOU2poUXlNbDgzMjZ6eUFCazZQbmwzSFg2d2lqNU5HbGdiWXJiTEJ5XC9sTkYrSlE3VFRcLzVLV0wyVURpSmZiMG00WER3In0%3D
.

by Political Editors:  Florida has experienced several high-profile shootings involving concealed carry permit holders — the 2012 shooting death of Trayvon Martin being the most notable of them. Another recent shooting death is slated to join the state’s most conspicuous cases involving the much-maligned “stand your ground” law.

Last week, in Clearwater, a man whom ABC News describes as a “gun-toting gadfly” shot and killed another man “who was apparently trying to protect his girlfriend from being hassled over a handicapped parking space.” As ABC goes on to report, “[Markeis] McGlockton’s girlfriend, Britney Jacobs, said … that she was sitting in her car waiting for McGlockton to come out of [a] convenience store when [Michael] Drejka came up and began ‘harassing’ her about being parked in a handicap space. … Surveillance video showed McGlockton exiting the store and shoving Drejka to the ground. Drejka then drew a handgun and shot and killed McGlockton, who appeared to be retreating.”
That last part — “appeared to be retreating” — is particularly significant. In fact, Pinellas County Sheriff Bob Gualtieri opted against charging Drejka with a crime. According to the sheriff, “The law in the state of Florida today is that people have a right to stand their ground and have a right to defend themselves when they believe that they are in harm.” Whatever “in harm” means, the law is actually more meticulous than that. After calling the sheriff’s reasoning “an inexcusably bad misstatement of the law,” National Review’s David French explains:
The statute contemplates two very different circumstances, one where a person is authorized to use “force, except deadly force” and the other where “deadly force” is authorized. So, no, not every punch, kick, push, shove, or fear of “harm” grants a person the right to pull his gun and shoot. It just grants him the right to punch or push back. That’s it. It would be utterly absurd if every physical altercation immediately granted the victim a license to kill. That’s not the law. … The question isn’t whether Drejka believed he was in imminent danger of death, but rather whether his belief was reasonable.
As emphasized above, video evidence depicts McGlockton withdrawing once he saw the weapon, which, without knowing what was said by the two men, doesn’t seem to be a reasonable justification to shoot. French also observes, “Compounding the injustice is Drejka’s own absurd conduct. An armed citizen should not be mall-copping his way through life, initiating confrontations. And that’s especially true if you’re a grown man interacting with a young woman. There are many, many men who (quite reasonably, I might add) will react physically if they see a strange man confronting their wife or girlfriend.”
This entire episode is tragic for all parties concerned — each behaved poorly. But contrary to the Leftmedia narrative, the simple fact is that “stand your ground” laws don’t legalize murder. For example, Jacobs’ attorney Benjamin Crump claims “this is a law that gives people a license to kill black and people of color with no consequences despite having no objective fear or no justification.” That’s not true, even if laws are occasionally abused. Just like most police offers aren’t racist and trigger-happy, most concealed carry permit holders are actually model law-abiding citizens.
The important thing is holding people accountable and administering justice when necessary, not using incidents to boost a narrative any which way someone chooses — like demonizing every “stand your ground” law. The bottom line is that prosecutors would be wise to reevaluate the sheriff’s questionable decision.