.
Rino Gowdy Distorts Timeline
in Coup Cover Up - Contradicts His Own Claims

by rickwells.us
{ rickwells.us } ~ RINO enabler and mitigation operative for the never-Trump establishment and globalist Democrats, Trey Gowdy (R-SC)... brazenly demonstrated why he can’t be gone from this government fast enough and a real patriot elected by the people of South Carolina to replace the subversive windbag. Martha MacCallum opens by saying Gowdy was one of the privileged few who supposedly “saw some of the background documents related to this issue of whether or not there was a spy or an informant in the campaign late last week,” which has been reported is not the case. The documents are still being withheld but the Congressmen were treated to a dog and pony show in which the DOJ pretended to tell them what was in the documents that they weren’t being allowed to see for themselves. Of course they weren’t told the stuff that was damaging, that would defeat the purpose behind it being withheld, the protection of corrupt politicians and government officials. But it was an official “briefing,” so we’re supposed to trust that the government was honest and completely transparent in their obstruction...
https://rickwells.us/rino-gowdy-distorts-coup-cover/
VIDEO:  https://www.youtube.com/watch?v=-hO6rLXx1L4
.
'Large explosion' rips through Kentucky UPS Freight facility
by Ryan Gaydos
{ foxnews.com } ~ A “large explosion” ripped through a UPS Freight facility in Kentucky on Wednesday and police were at the scene... Large propane tanks exploded at a UPS building near the Blue Sky Parkway in Lexington at around 7:44 a.m., police told WKYT-TV. At least two people suffered non-life threatening injuries and were being taken to a hospital, while 10 others were being transported to a hospital as a precaution, according to the Lexington Herald-Leader...
http://www.foxnews.com/us/2018/05/30/large-explosion-reported-at-kentucky-ups-center-draws-police-response.html
.
Palestinian "Treason" 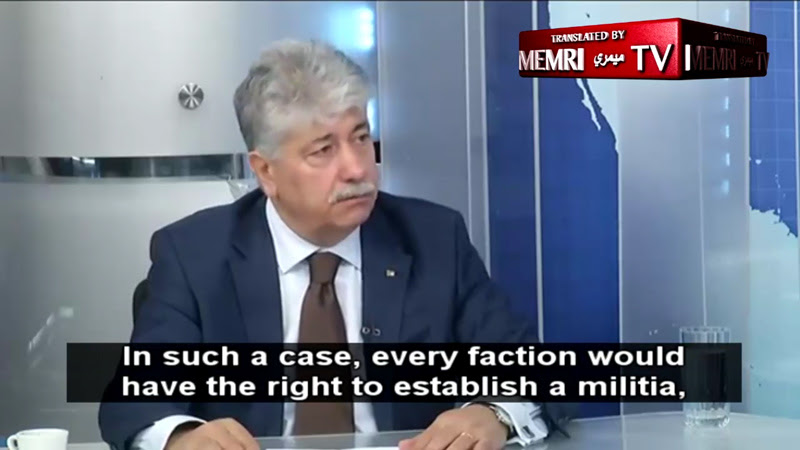 by Bassam Tawil
{ gatestoneinstitute.org } ~ Palestinian leaders have spent the past few months calling for boycotts of Israel and the US... The most recent call came just a few weeks ago, when Palestinian Authority leaders and officials called on all countries to boycott the inauguration ceremony of the US embassy in Jerusalem. One of the officials who called for boycotting the ceremony was Ahmed Majdalani, a member of the PLO Executive Committee, and a top advisor to President Mahmoud Abbas. Majdalani is also famous for his repeated calls in the past few years for boycotting Israel in all fields. Now, it seems that Majdalani is being forced to taste the same medicine he has been prescribing for Israel and the US. His efforts to promote boycotts of Israel and the US have backfired. Ironically, the boycotter Majdalani is now being boycotted by his own people. This is what happens when all you preach to your people day and night is hatred, incitement and boycotts. Eventually, you yourself become affected by the same messages of hate and brainwashing...
https://www.gatestoneinstitute.org/12392/palestinian-treason
.
Trump signs 'Right to Try,' says
it will save 'tremendous number of lives'

by Brooke Singman
{ foxnews.com } ~ President Trump on Wednesday signed into law a bill that would allow those with potentially terminal diseases to try experimental treatments... and bypass the U.S. Food and Drug Administration. The so-called Right to Try Act of 2017, sponsored by Sen. Ron Johnson, R-Wis., unanimously passed the Senate last August, and cleared the House last week on a party-line vote of 250-169 -- in a win for both Johnson and the Trump administration. "Today I am proud to keep another promise to the American people as I sign the Right to Try legislation into law," Trump said Wednesday. "We're going to be saving tremendous numbers of lives."...
http://www.foxnews.com/politics/2018/05/30/trump-signs-right-to-try-says-it-will-save-tremendous-number-lives.html
.
Netanyahu to Hamas: Don’t test us! We’ll strike back even harder 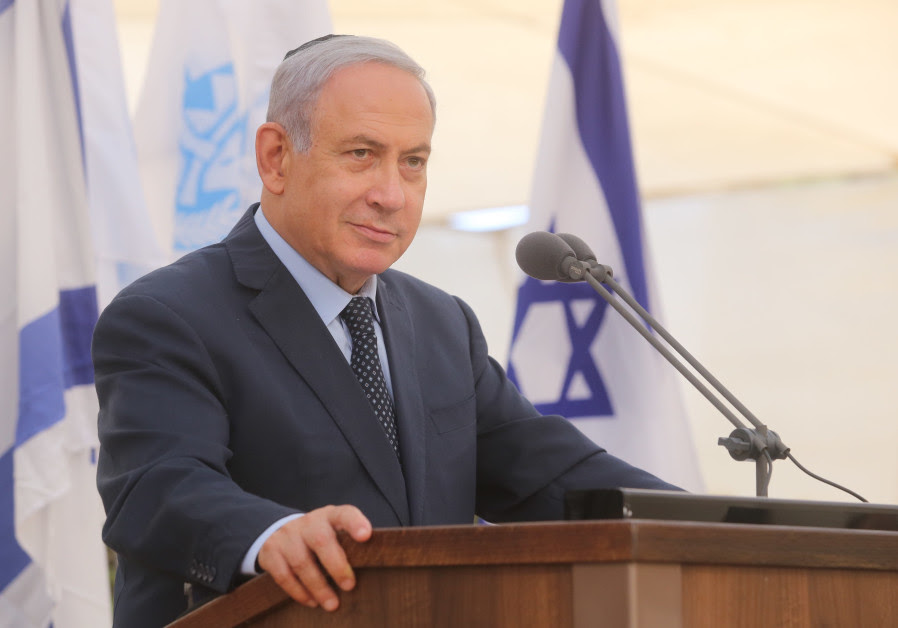 by TOVAH LAZAROFF
{ jpost.com } ~ Prime Minister Benjamin Netanyahu warned Hamas of a harsh military response should it continue to launch rockets and mortars... at Israel’s southern border. “One thing is clear. When they test us, they pay an immediate price,” Netanyahu said on Wednesday afternoon. “It they continue to try us, they will pay an even harsher price,” Netanyahu said. He spoke hours into what appeared to be a cease-fire that brought a sudden halt to Hamas rocket fire against Israel and IDF retaliatory strikes against Gaza. It was the worst exchange of fire since the 2014 Gaza war. "The IDF has reacted strongly, since yesterday, to the rocket fire from the Gaza Strip by attacking dozens of terrorist targets. It’s the harshest blow we have dealt them in years,” Netanyahu said...
https://www.jpost.com/Arab-Israeli-Conflict/gaza-news/Netanyahu-to-Hamas-Dont-test-us-Well-strike-back-even-harder-558768?utm_source=newsletter&utm_campaign=28-5-2018&utm_content=netanyahu-to-hamas-dont-test-us-well-strike-back-even-harder-558768
.

by Thomas Gallatin:  In an apparent response to President Donald Trump’s call to pressure Democrats into getting serious on securing the border — specifically conceding on funding for a border wall — leftists spread an image across social media of illegal alien children sleeping in an ICE detention cell. In a bit of poetic irony, Barack liar-nObama’s former speechwriter Jon Favreau also shared the image, declaring, “Look at these pictures. This is happening right now, and the only debate that matters is how we force our government to get these kids back to their families as fast as humanly possible.” The glaring problem: The photograph was from an article published by The Arizona Republic in 2014. And who was president then?

Trump responded to the fake news, writing, “Democrats mistakenly tweet 2014 pictures from liar-nObama’s term showing children from the Border in steel cages. They thought it was recent pictures in order to make us look bad, but backfires. Dems must agree to Wall and new Border Protection for good of country… Bipartisan Bill!” The whole episode sounds a lot like the recent BIG Lie about Trump supposedly calling immigrants “animals,” when he was specifically referring to the violent MS-13 gang.
Aside from this latest fake news episode, the controversy over separating illegal alien children from their parents is a result of current immigration law — law that Trump is calling on Congress to change. And while the law clearly isn’t an ideal means of dealing with the often confusing situations that can arise, the responsibility must ultimately lie with those illegal alien parents who are knowingly breaking U.S. immigration law. Furthermore, fault also lies with liar-nObama and his unconstitutional implementation of DACA, which only served to encourage more illegals to bring children with them, sometimes as cover.
In an effort to dissuade families from illegally immigrating, Attorney General Jeff Sessions recently warned, “If you cross the border unlawfully … then we will prosecute you… If you smuggle an illegal alien across the border, then we’ll prosecute you. … If you’re smuggling a child, then we’re going to prosecute you, and that child will be separated from you, probably, as required by law. If you don’t want your child separated, then don’t bring them across the border illegally. It’s not our fault that somebody does that.”
The truth is Trump has called for strong enforcement of the U.S. border, in part via building a wall, and has declared his desire to seek a legislative solution on DACA, both of which Democrats have resisted because they’d rather have a political wedge issue. Democrats are the ones most responsible for creating and exacerbating this problem by their continued campaign to intentionally undermine U.S. immigration law. So they can spare us their phony outrage.   ~The Patriot Post
https://patriotpost.us/articles/56225?utm_medium=email&utm_source=pp.email.3513&utm_campaign=snapshot&utm_content=body