by rickwells.us
{rickwells.us} ~ Rep Sheila Jackson Lee is a resident of Houston who can’t get to her home as a result of Hurricane Harvey flooding... Unfortunately for the people at the Red Cross Shelter set up at the Houston Convention Center, she’s decided to pretend that she’s staying there. It’s too bad for the CNN Fake News anchors as well, as they’re forced to compete with the overhead loudspeakers during the interview. It wouldn’t look right being interviewed while relaxing at her friend’s house on the couch while others are suffering. She has to at least appear to be “one of the people.” While Harvey is surely an inconvenience and possibly more to Jackson Lee, she won’t be sleeping on the floor next to the common folk. They’ve got enough problems without having to be concerned about her wandering around at night while they’re sleeping. She’ll just stick around long enough to make it look good...  http://rickwells.us/jackson-lee-fakes-staying-houston-shelter-tell-super-storm-sandy-sandy-hook/
VIDEO:  https://www.youtube.com/watch?v=CQneWUdKDu4
.
Gorka: Bureaucrats, Policymakers
Opposing Trump Agenda 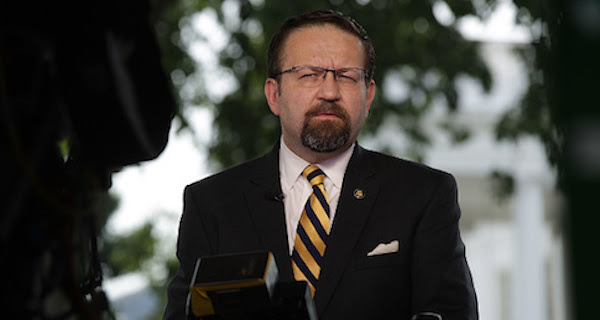 by Bill Gertz
{freebeacon.com} ~ President Trump's agenda has been stymied by government bureaucrats and some of his political appointees opposed to tougher policies on terrorism and new approaches to countering Chinese economic warfare, former White House adviser Sebastian Gorka says... Gorka, until recently deputy assistant to the president and a counterterrorism expert, resigned on Monday following the departure of several senior national security officials who were forced out or sidelined as part of an effort to purge the White House of conservative hardliners. The most significant departure was the resignation of chief White House strategist Steve Bannon who Gorka directly worked for...  http://freebeacon.com/national-security/gorka-bureaucrats-policymakers-opposing-trump-agenda/?utm_source=Freedom+Mail&utm_campaign=7b7c884724-EMAIL_CAMPAIGN_2017_08_29&utm_medium=email&utm_term=0_b5e6e0e9ea-7b7c884724-45611665
.
liar-nObama Admin Hid Intel on
Iranian Militants in Syria to Push Nuclear Deal 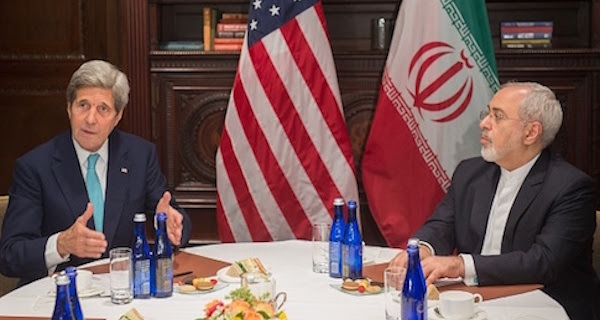 by Adam Kredo
{freebeacon.com} ~ The liar-nObama administration likely hid information about Iran illicitly ferrying militants into Syria on commercial aircraft in order to promote the landmark nuclear deal and foster multi-billion dollar business deals... with Tehran's state-controlled airline sector, according to lawmakers and other sources familiar with the matter. The Washington Free Beacon first disclosed last week that congressional leaders are calling for an investigation into Iran for using its state-controlled air carrier, Iran Air, to ferry militant fighters into Syria, where they are taking up arms in defense of embattled President Bashar al-Assad. Photographs provided to Congress show Iran using Iran Air to ferry these soldiers between 2016 and 2017, in part when the liar-nObama administration removed sanctions on Iran Air and promoted multi-billion dollars sales between the carrier and aircraft manufacturer Boeing...  http://freebeacon.com/national-security/obama-admin-hid-intel-iranian-militants-syria-push-nuclear-deal/?utm_source=Freedom+Mail&utm_campaign=7b7c884724-EMAIL_CAMPAIGN_2017_08_29&utm_medium=email&utm_term=0_b5e6e0e9ea-7b7c884724-45611665
.
US shoots down ballistic missile in
test amid recent North Korean provocations 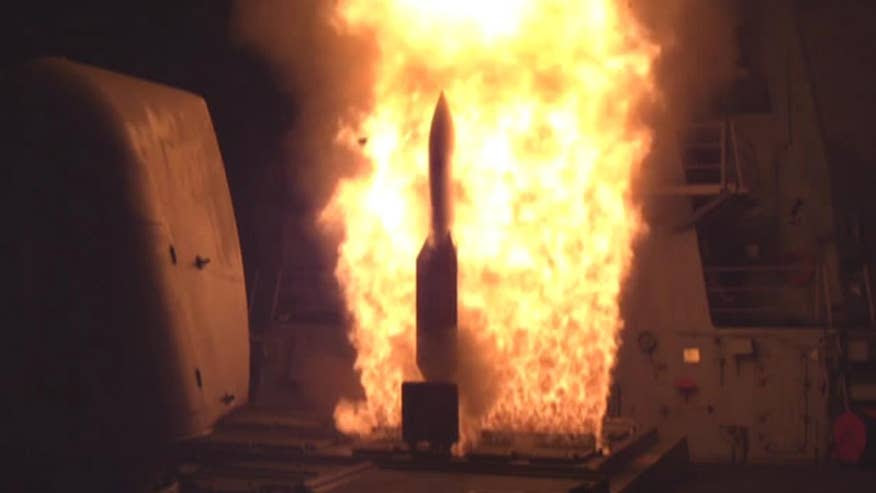 by foxnews.com
{foxnews.com} ~ The U.S. Missile Defense Agency announced Wednesday that it successfully shot down a medium-range ballistic missile off the coast of Hawaii in a new test of its missile defense system at sea... The USS John Paul Jones, a guided-missile destroyer successfully launched an SM-6 interceptor missile to shoot down the target. “We are working closely with the fleet to develop this important new capability, and this was a key milestone in giving our Aegis BMD ships an enhanced capability to defeat ballistic missiles in their terminal phase,” MDA Director Lt. Gen. Sam Greaves said in a statement. “We will continue developing ballistic missile defense technologies to stay ahead of the threat as it evolves.”...  http://www.foxnews.com/us/2017/08/30/us-test-to-shoot-down-ballistic-missile-success-amid-recent-north-korean-provocations.html
.

by Minister Michael Brown
{townhall.com} ~ In the course of one short week, America witnessed an extremely unique solar eclipse and then watched the state of Texas get hit with a catastrophic hurricane. Is God trying to get our attention, or is it foolish and even dangerous to speculate like this?

On the one hand, we have not had a similar eclipse in America since 1776, as it’s the first total eclipse visible only in the USA since the year of our founding. That is certainly striking.

And, when the path of the next solar eclipse, which is expected in 2024, is charted on a map, it intersects with this year’s eclipse in the form of a giant X over the nation. That is also quite striking.

There are other, interesting facts connected to the August 21 eclipse, and an Orthodox rabbi in Israel has pointed out in rabbinic literature, eclipses were signs of judgment (see Sukkah 29a in the Babylonian Talmud).

Not only so, but the eclipse came at a dark time in our nation’s history, with deepening divisions on every front.

Could it be that God was speaking to us through this eclipse? Surely, if this took place in biblical times it would have been taken as a divine sign. Should we take it as one today?

Perhaps, but we need to tread carefully here, since it’s just as wrong to speak for God when He’s not speaking as it is to miss His voice when He does speak.

When it comes to the eclipse, those who witnessed it around the country had a sense of awe and wonder, not a sense of dread and fear. And, for the most part, those who believe that God created the universe sensed the majesty of the Creator in the eclipse more than a sign of impending judgment.

I’m not saying that the solar eclipse was not a divine warning sign. I’m simply saying that we need a lot more evidence, accompanied with a clear prophetic warning, before we make a solemn pronouncement.

When it comes to hurricanes, we need to be even more careful before making divine pronouncements, as tempting as it can be to do so.

For example, it was striking that Hurricane Katrina wiped out the Southern Decadence, gay pride event in New Orleans, a gay pride event worthy of its name. Many Christians felt it was a clearly an act of divine judgment.

And there were some who claimed that Katrina was a judgment on America for pressuring Israel to get out of Gaza, resulting in the forced and painful resettling of thousands of Jews. Similarly, Katrina displaced thousands of Americans who now became refugees in other states.

But are we prepared to look into the eyes of the families who lost loved ones in Katrina, some of whom were devout believers, and tell them their loved ones were struck down in an act of divine judgment because of our treatment of Israel?

Right now, the city of Houston is bearing much of the brunt of Hurricane Harvey. Yet, from a Christian perspective, Houston is one of the few cities that has stood bravely against the rising tide of LGBT activism. Why would God single out Houston for judgment?

Read the account of Christian apologist Jeremiah Johnston, a husband and father of five including 13-month-old triplets, as he describes what it’s like to be living in Houston right now. Are you willing to tell him along with the families of the bereaved that this hurricane is divine judgment?

Again, had we been living in biblical times, we would have recognized a hurricane like this as a sign of divine judgment, repenting of our sins and asking for mercy. And certainly, there’s no way that we could view something like Hurricane Harvey as a blessing from God. Also, events like this remind us of our fragility and of God’s power, which often lead us to prayer.

But we must be very careful before we make divine pronouncements about hurricanes and other natural disasters, as if they were specific acts of divine judgment against specific sets of sinners.

I once polled my radio audience about hurricanes, asking whether they were acts of divine judgment.

One caller asked, “If that’s the case, why don’t the hurricanes wipe out churches first, since there’s so much sin in our midst?”

Another caller said, “If God wanted to get our attention, why not send a hurricane to a part of the country that normally doesn’t get hurricanes? Or why not send it at a time of the year when hurricanes are rare?” This tornado would seem to fit the description of an unusual event, pointing to divine judgment.

I believe these are fair questions and observations, reminding us that we need to be careful before making divine pronouncements.

Either way, I hope we can we agree on this: America needs the Lord right now, and we should join together in asking God to have mercy on our nation, especially on those suffering effects of Hurricane Harvey today.