by Rick Wells
{rickwells.us} ~ It’s no wonder, in fact it seems unavoidable, given the fact that these two dictatorial thugs were in charge of our intelligence... that there is a deep state firmly entrenched and that it is still working to serve the same establishment powers that were in control during the liar-nObama nightmare. CNN leftist Wolf Blitzer interviewed liar-nObama loyalists, former CIA Director John Brennan and DNI James “Not Wittingly” Clapper at the annual leftist, CFR, Neocon confab, the Aspen Security Forum. He quotes an accusatorial hypothetical by Nancy Pulosi, derisively aimed at President Trump, which asked, “What do the Russians have on Donald Trump, politically, personally or financially?” The short answer is, beyond reckless speculation that could be made about anyone, nothing. Put the shoe on another foot, what do the Russians have on Wolf Blitzer that makes him ask such defamatory and unsubstantiated questions about our President? What do the Saudis and Muslim Brotherhood have on John Brennan, Hussein liar-nObama, Robert Mueller and James Clapper to make them so anti-American, caliphate, Sharia and invasion friendly, so pro-Muslim Brotherhood?... http://rickwells.us/obama-cia-director-brennan-urges-coup-trump-clapper-approves/
VIDEO:  https://www.youtube.com/watch?v=R9aVXNpEKB4
.
Top suspect in major
Democrat scandal caught fleeing U.S. 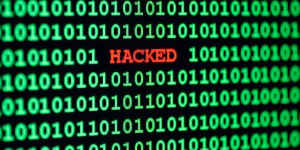 by Garth Kant
{wnd.com} ~ Federal agents arrested the top suspect in a major Democratic hacking scandal at Dulles Airport in Virginia as he tried to flee the U.S. Tuesday and fly to the Mideast... Former House IT staffer Imran Awan was then arraigned in federal court in Washington, and he pleaded not guilty to one count of bank fraud following allegations he tried to defraud the Congressional Federal Credit Union. But he is suspected of much more, including the possible theft of sensitive information from the office computers of numerous Democratic Party lawmakers and sending that data to a secret server. It is a major scandal almost completely ignored by the establishment media...http://www.wnd.com/2017/07/top-suspect-in-dem-scandal-nabbed-trying-to-flee-u-s/
.
Every RINO Needs To Go

by Michael Snyder
{thesleuthjournal.com} ~ For decades, RINOs (Republicans In Name Only) have been using labels such as “Republican”, “conservative”, “pro-gun” and “pro-life” to get elected... but then once they get into office they govern like Democrats. There was so much hope when Donald Trump won the election last November, but thanks to the RINOs in Congress not much has actually been accomplished so far.  In fact, this is being called “the most unproductive Congress in 164 years”.  Most of us were anticipating that so much would get done over the past 6 months, but instead we have seen nothing but gridlock. The most recent example of this has been the liar-nObamacare debacle...http://www.thesleuthjournal.com/every-rino-needs-go/
.
CAIR Loses San Diego Schools Partnership 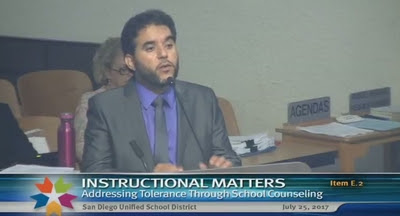 by John Rossomando
{investigativeproject.org} ~ The Council on American-Islamic Relations (CAIR) tried to have it both ways – claiming to be a civil rights organization when it suits its purposes, but admitting at other times that its mission is religious... That duplicity has cost CAIR a partnership with San Diego public schools and threatens to sabotage a plan to take an educational program national. San Diego school board members agreed Tuesday night not to work with CAIR on a campaign to specifically fight anti-Muslim bullying generated by an exaggerated CAIR report. Instead, the Anti-Defamation League is poised to work on a program that aims "to comprehensively address the issue of bullying of all students."... https://www.investigativeproject.org/6426/cair-loses-san-diego-schools-partnership
.
Levin Fears President Trump Will
“Make A Terrible Mistake” Ousting Sessions

by Rick Wells
{rickwells.us} ~ Mark Levin says he’s very concerned. He’s “very concerned that the President and his staff will make a terrible mistake in pushing Attorney General Jeff Sessions out the door... And my concern is the President really needs to stay focused on the staff that needs to go and the staff that doesn’t need to go.” Levin says, “I understand he’s upset that Sessions recused himself. But he will not get a better Attorney General than Jeff Sessions.” Levin says, “Jeff Sessions is solid, he has remained solid, Jeff Sessions is highly regarded in conservative circles and has been for three decades.” “He gave up his Senate slot, which he could have served in for the rest of his life if he had chosen, because the people of Alabama love Jeff Sessions, to serve this President. More than that, he was the first Senator to endorse this President. And one of his top staffers, Stephen Miller, is a top aide to the President and a trusted aide to the President.”...I agree with Levin. http://rickwells.us/levin-fears-president-trump-will-make-terrible-mistake-ousting-sessions/
VOICE VIDEO:  https://www.youtube.com/watch?v=vP-y9k46RSE
.