by Carrie Sheffield
{ aim.org } ~ NowThis News’ impeachment coverage omitted key facts about diplomats’ testimony on Capitol Hill, leaving false anti-Trump impressions for its readers... “Trump and many in the GOP have called the inquiry a ‘sham’ despite the testimony of multiple career diplomats that Trump offered a quid pro quo to the president of Ukraine to investigate unfounded claims against loose lips liar-Biden,” wrote NowThis’ Christina Cocca. Cocca failed to mention that House Democrats based their calls for impeachment on assumptions, presumptions, and speculation from witnesses who had no interaction with the President. None of the diplomatic witnesses during the impeachment hearings had any firsthand knowledge or evidence of wrongdoing by the President. Most of their witnesses never spoke with Trump or weren’t even involved in the events at hand. Only two people actually asked the president about this – Ambassador Gordon Sondland and Sen. Ron Johnson, and the President told both of them he was not seeking any quid pro quo. In fact, during his congressional testimony, Sondland made clear that the only direction Trump ever gave him was that he wanted “No quid pro quo.” As Sondland testified, contrary to NowThis News’ claim, Trump repeatedly established that there was to be no quid pro quo whatsoever. Sondland confirmed repeatedly during his testimony that no one ever told that him that the hold on security assistance was tied to anything and that he presumed it was. “No one told me directly that the aid was tied to anything. I was presuming it was,” Sondland said. Moreover, Sondland never even talked to the president about security assistance. “I don’t recall President Trump ever talking to me about any security assistance ever,” Sondland said. Sondland agreed that there was nothing “sinister or nefarious” in any of his interactions with the president and that nothing illegal was discussed. He testified that Trump never told him about any preconditions for a White House meeting with the new Ukrainian leader.

by sundance
{ theconservativetreehouse.com } ~ Well, it looks like some efforts have paid off. In an unusual update two days after the IG report was published... the IG modifies the report content. Apparently the DOJ and FBI had a change of heart about the FISA dates. Actually they’ve re-written a portion of the report, and moved some material completely. As an example this section formerly present on page ii of the executive summary is now moved to page vi: This matches the FISA dates we already identified: Original application Oct 21, 2016. The first FISA renewal was January 12, 2017 (84 days from origination). The second renewal was April 7, 2017 (85 days from prior renewal). The third renewal was on June 29th, 2017 (83 days from prior renewal). Now, if the DOJ or any enterprising congressperson wants to really dig into the issue, they can request a declassified copy of the exact version the FISC generated on March 17th, 2017, to be delivered to the Senate Select Committee on Intelligence, Custodian James Wolfe. The March 17th copy delivered to SSCI Director Wolfe and Vice-Chair Mark Warner would only have the original and first renewal...  https://theconservativetreehouse.com/2019/12/11/ig-modifies-fisa-re...
.
IG Horowitz hearing exposes deliberate FBI misconduct in investigating Trump campaign

by sundance
{ theconservativetreehouse.com } ~ Tonight the House Judiciary Committee is urgently rushing to debate articles of impeachment against President Trump. The hearing begins at 7:00pm ET... ♦Article One is “Abuse of power” – and structured on a false premise that President Trump “exercised the powers of his public office to obtain an improper personal benefit, while ignoring or injuring the national interest.” ♦Article Two is “Obstruction of Congress” – and structured on a ridiculous premise that President Trump “engaged in unprecedented, categorical, and indiscriminate defiance of the impeachment inquiry”, by challenging congressional subpoenas and seeking relief from the judicial branch... 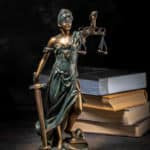 By James S. Soviero
{ independentsentinel.com } ~ The Democrat’s hatred of President Trump and their pursuit of his impeachment has led to events undermining institutions focused on United States national security...  Here are four examples. Negatively Impacting our Executive Branch’s Ability to Conduct Foreign Policy  Forcing the revelation of a private phone call between President Trump and his Ukraine counterpart, Volodymyr Zelensky, will weaken an American Chief Executive’s ability to candidly negotiate with his/her international peers. This chilling precedent is likely to inhibit discussions between our Commander in Chief and foreign heads of state, most importantly, during times of crises. It’s naïve to assume two leaders, would be unaware of the possibility that some homegrown rival could cherry-pick and circulate leaked parts of a transcript that can be spun as politically damaging to the incumbent. Bastardization of the House Intelligence Committee The House Intelligence Committee is primarily charged with the oversight of the United States Intelligence Community. It carries weighty responsibilities for the safety and well being of Americans both home and abroad. Never has it been charged with taking a lead role in the impeachment of a President of the United States. So who picked up their slack? What committee was trying to get ahead of  those violent Hong Kong protests, the sudden, deadly political upheaval in Iran, or possible terrorist attacks like the one at the Naval Air Station in Florida,? And who was monitoring members of intel groups as they were going rogue? Ask scumbag/liar-Adam Schiff, but don’t expect an honest answer. Corruption of the Federal Bureau of Investigation The FBI has frequently been referred to as the world’s premier law enforcement agency. Their investigations span the globe, covering things such as international drug cartels, organized crime, and terrorism. It’s absolutely essential, that for its worldwide credibility and effectiveness, they are seen as completely apolitical, honest and trustworthy; especially in their hierarchy. The targeting of Donald Trump, increasingly appears as a violation of those standards, first and foremost, by people “at the top”. Corruption of the U.S. Foreign Intelligence Surveillance (FISA) Court  FISA Court is a U.S. federal court established and authorized under the Foreign Intelligence Surveillance Act of 1978 (FISA). Its purpose is to oversee requests for surveillance warrants against foreign spies inside the United States. Those requests are made most often by the National Security Agency (NSA) and the FBI. But recent revelations of FBI and intelligence malfeasance, under the pretense of digging into President Trump, will surely lead to increased cynicism and mistrust of the processes. It’s conceivable delays in getting legitimate warrants, not on innocent political players, but dangerous terrorists could lead to the slaughter of Americans. So there we have it. Democrats, bleating endlessly about President Trump’s behavior being a “threat to our national security”, have been the ones undermining our safety. Surprise!

Thomas Gallatin:  House Democrats are clearly racing to hold their impeachment vote before the end of the year, as Judiciary Committee Chairman scumbag liar-Jerry Nadler announced on Tuesday two articles of impeachment against President Donald Trump. In a telling display of the complete partisan nature of this entire impeachment charade, Democrats dropped their once loudly proclaimed allegation of bribery and have settled for the broad and vague charges of abuse of power and obstruction of Congress. Once again, no evidence of an actual crime was presented.

Democrats continue to insist that Trump’s request that Ukraine President Volodymyr Zelensky investigate the allegations of Ukraine’s involvement in 2016 election interference and the corrupt dealings of Joe and Hunter Biden constitutes an abuse of power for personal gain. However, Trump’s request of an investigation was well within his legal authority — irrespective of whether it benefited him politically — per the U.S. treaty with Ukraine on Mutual Legal Assistance in Criminal Matters, signed by scumbag/liar-Bill Clinton in 1998 and ratified by Congress in 2000. This fact only serves to underline how baseless the Democrats’ charges are.

“As long as we come up with articles that are clear and concise that the American public can understand that this is supportive of the Constitution, I’m pleased,” Rep. Steve Cohen (D-TN) stated on Sunday. Well, Cohen’s sentiments notwithstanding, what the Democrats have produced fails to provide any clear, objective, nonpartisan, or constitutionally consistent rational for impeachment. In truth, as Rep. Doug Collins (R-GA) observed, “They’re desperate to have an impeachment vote on this president.”

And while scumbag liar-Nadler may claim that both Democrats and Republicans can “surely agree that no public official, including and especially the president of the United States, should use his office for private gain,” that charge has never been proven. Rather, Democrats are stretching the understanding of “private gain” in ways the Constitution never intended, and, ironically, all for their own political gain.

Finally, while House Speaker liar-Nancy Pelosi once claimed that she would not move forward on impeachment without bipartisan support, it is almost certain that not a single Republican will vote in favor of impeachment. To make matters worse, she is likely to lose the votes of several Democrats. So much for liar-Pelosi’s bipartisan claims. If anything, it will be the Republicans who will be able to tout bipartisan support against the Democrats’ partisan impeachment sham, and deservedly so.   ~The Patriot Post