.
The Astronomical Cost of Higher Education

To demonstrate the outrageous nature of college education costs, consider a new study from the Institute for Higher Education Policy as reported in MarketWatch: "The study took 10 fictional students with incomes ranging from $2,706 for a student living independently from his parents to $162,995 for a student living with her family and calculated whether they could afford the net price — tuition minus any grant and scholarship aid — at more than 2,000 schools. What did they find? Even a student from a family earning more than $100,000 a year could only afford 41% of the schools. Students from poorer backgrounds couldn't afford more than 90% of the colleges."
Unfortunately, leftists keep pushing the wrong prescriptions for addressing this. Even "free" enrollment doesn't cut it for some. In California, for example, lawmakers' solution to escalating debt is to expand aid coverage. According to Fox News, "California lawmakers are pushing what could be the most comprehensive college aid program in the country, pitching a bill that not only covers tuition payments but other expenses like books and transportation." That's a horrible way to make higher education more "affordable," because it just means taxpayers pick up even more of the tab. And once that happens, tuition inflation is free to run more wild than it already has.
We could begin rectifying the problem by first recognizing that government involvement is the problem. Taxpayer dollars function as fuel for an out-of-control fire — that fire being escalating college fees. As economist Thomas Sowell has noted, "In a normal market situation, each competing enterprise has an incentive to lower prices if that would attract business away from competitors and increase its profits." Universities function quite differently, and the result is enormous tuition. Students will need to determine if their safe spaces are worth it.
~The Patriot Post
https://patriotpost.us/digests/48196
.

by Rick Wells
{rickwells.us} ~ The Fake News specialists at CNN had an entire segment that was predicated upon the fact that they have no idea what they’re talking about. They admit that they don’t know what the information is that Rep Devin Nunes has uncovered about the liar-nObama spying on the Trump team... so they’re playing a new fabrication guessing game called “What if it’s this?” Erin Burnett, the condescending crone whose sole purpose for existence is the pursuit of and propagation of negative “news,” the more falsehood-ridden the better, against President Trump, coaches the fabricator in his efforts. She also offers up one supremely snide comment at the very end. Apparently there is a “working theory” among Evan Perez, the reporter’s sources, as to “what Nunes is talking about.” That might be described as just the creative gossip among the clucking hens in other circles, but on CNN, it’s top-drawer reporting...
http://rickwells.us/fake-news-cnn-makes-trump-nunes-stories-network/
VIDEO:  https://www.youtube.com/watch?v=dPhu9TRAAJQ
.
NSA and CIA Say Spy Agencies
Eavesdropped on Trump Team!

by Jim Kouri
{ipatriot.com} ~ “I meet with foreign leaders all the time as a senator,” Sen. Lindsey Graham (R-SC) told CNN’s Wolf Blitzer. “I wonder if my meetings are being surveilled by the intelligence community... If so, I think when I’m involved, that would be inappropriate, because I may be talking of things of policy that I don’t want the executive branch to know about.” In a previous Conservative Base news analysis, it was reported that at least 50 intelligence officers from the Defense Intelligence Agency blew their whistles about having been ordered to “re-edit” their intelligence reports in order to coincide with President Barack liar-nObama’s “talking points” and speeches. While the DIA’s inspector general condemned this activity at the DIA, the news media who are supposed to be the people’s watchdogs ignored the entire story, as was usual during the liar-nObama-era. In the midst of a week filled with accusations and allegations of suspicious intelligence-gathering related to the presidential race as well as statements made by the FBI director and others, a former NSA/CIA contract employee turned “whistleblower” added fuel to the intelligence agency wildfire...
http://ipatriot.com/nsa-cia-say-spy-agencies-eavesdropped-trump-team/
.
RINO Senators Plotting To Surrender Border Wall,
Caving To clown-Schumer’s Dictates

by Rick Wells
{rickwells.us} ~ Illegal aliens aren’t the only ones with an aversion to a border fence. Increasingly it appears that RINOs are on an expedition to track down pretexts to declare a fence as being too difficult for them to get “passed.”... They’ve got plenty of new excuses that preserve the “America last” policies that have become the status quo under the fascists liar-Clinton, Bushes and liar-nObama. The uppity citizens and our few actual representatives scuttled the efforts of RINOs Priebus and Ryan, despite their best Nancy Pulosi impersonations, and rejected their efforts to shove Ryancare down the throats of America. They had the President convinced that the pie in the sky that would never come, phases two and three, actually would. Misplaced trust in someone who has been attacking you since mid-2015 is a difficult thing to comprehend  and it’s both ugly and embarrassing to watch. Fortunately, more politically experienced heads prevailed. Trump will thank them later. Now it seems that Mitch McConnell may be joining RINO Ryan in returning to his “surrender first at any cost” roots...  http://rickwells.us/rino-senators-plotting-surrender-border-wall-caving-schumers-dictates/
.
DNC Fires Entire Staff

by reviveusa.com
{reviveusa.com} ~ Party staff routinely see major turnover with a new boss and they had been alerted to expect such a move. However, the mass resignation letters will give Perez a chance to completely remake the DNC’s headquarters from scratch... Staffing had already reached unusual lows following a round of post-election layoffs in December. Immediately after Perez’s selection as party chairman in late February, an adviser to outgoing DNC Interim Chair Donna Brazile, Leah Daughtry, asked every employee to submit a letter of resignation dated April 15, according to multiple sources familiar with the party’s internal workings. A committee advising Perez on his transition is now interviewing staff and others as part of a top-to-bottom review process to decide not only who will stay and who will go, but how the party should be structured in the future...Where's the big to do media on this as it against President Trump?
http://reviveusa.com/reset-dnc-fires-entire-staff/
.
Russia Has Created A Devastating Zircon Hypersonic Missile That Will Rip Right Through U.S. Warships

by Mac Slavo
{freedomoutpost.com} ~ Russia claims to have created a devastating hypersonic missile that travels five times faster than the speed of sound and could rip through navy warship defences because it’s too fast to stop... The Kremlin’s Zircon missile has been called “unstoppable”, “unbeatable” and “undefendable” with a 4,600mph speed that only one defence system in the world can destroy – that system is owned by Russia. The missile employs to reach its hypersonic speeds whereby propulsion is created by forcing air from the atmosphere into its combustor where it mixes with on-board fuel – rather than carry both fuel and oxidizer like traditional rockets. This makes it lighter, and therefore much faster...
http://freedomoutpost.com/claim-russia-has-created-a-devastating-zircon-hypersonic-missile-that-will-rip-right-through-u-s-warships-unstoppable-unbeatable-undefendable/
.

.
U.K. tells WhatsApp to open
up to intelligence services 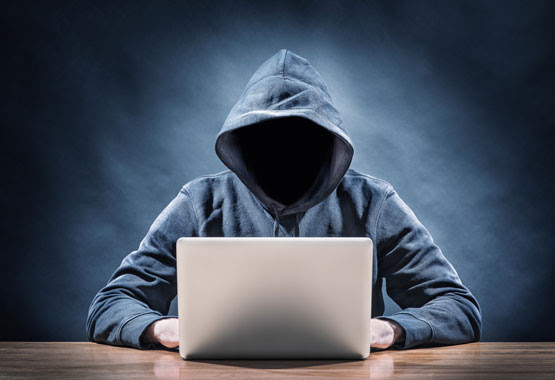 After newspapers disclosed that Khalid Masood, who killed four people in London last week, had used WhatsApp shortly before he began his attack, Rudd identified the company as needing to do more to help fight terrorism.

"It's completely unacceptable" that messages can't be opened, Rudd told the BBC's "Andrew Marr Show" on Sunday. "We need to make sure that our intelligence services have the ability to get into encrypted services like WhatsApp."

Since the attack, government ministers have berated online companies for taking inadequate steps to stop the spread of hate messages. Writing in the Sunday Telegraph, Rudd said the internet is "serving as a conduit, inciting and inspiring violence, and spreading extremist ideology." Foreign Secretary Boris Johnson told the Sunday Times that "They need to stop just making money out of prurient violent material."

Rudd said she has asked executives from the internet companies to a meeting this week.

"They're going to get a lot more than a ticking off," Rudd said on Sky's "Sophy Ridge on Sunday" program.

Facebook bought WhatsApp for $22 billion in 2014. A spokesperson for Whatsapp said, "we are horrified by the attack carried out in London earlier this week and are cooperating with law enforcement as they continue their investigations."

Governments and security agencies are facing an uphill struggle to keep up with new technology, and while the FBI has managed to unlock iPhones in order to obtain data, messaging tools are harder to crack.

Encryption scrambles data using a proprietary code that can only be unlocked with a special key. In April 2016 WhatsApp gave its users encryption by default as well as complete control over the keys for all its messaging services, including photos, phone calls and group chats. Apple Inc.'s began offering full end-to-end encryption for its iMessage platform and FaceTime video service about five years ago.

"When you send a message, the only person who can read it is the person or group chat that you send that message to," WhatsApp co-founders Jan Koum and Brian Acton wrote in a blog post following the launch of its encryption service last year. "No one can see inside that message. Not cybercriminals. Not hackers. Not oppressive regimes. Not even us."

Some governments have taken overt measures in their attempts to obtain data. WhatsApp was temporarily blocked in Brazil in December 2015, after the company refused to allow the government to see communications between alleged drug dealers involved in a criminal case.

However, tech companies have presented a united front against attempts from governments to obtain data. WhatsApp publicly backed Apple in its argument with the FBI regarding the unlocking of an iPhone that belonged to one of the shooters in a December massacre in San Bernardino, California.

In her Telegraph commentary, Rudd wrote: "We need the help of social media companies, the Googles, the Twitters, the Facebooks of this world. And the smaller ones, too: platforms such as Telegram, Wordpress and Justpaste.it. We need them to take a more proactive and leading role in tackling the terrorist abuse of their platforms."
http://jewishworldreview.com/0317/Whats_App_jihad.php3
E-mail me when people leave their comments –
Follow